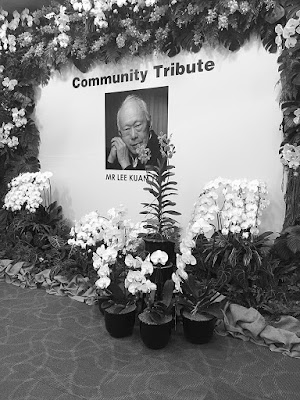 
For the first time since I penned my maiden article on this blog way back in Aug 2007, we are featuring all our butterfly photos in black-and-white in this weekend's article. It is a mark of respect for the founding Prime Minister of the Republic of Singapore, Mr Lee Kuan Yew (1923-2015). He passed away at the age of 91 on 23 Mar 2015. 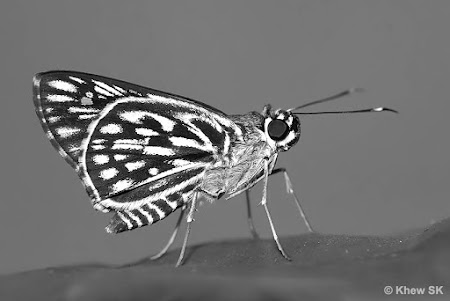 Mr Lee was Singapore's longest serving Prime Minister, having been elected into office on 5 June 1959, in the same year that I was born, and stayed on as PM until 1990. My earliest memories of Singapore was when my dad was posted to Johor Bahru when I was just a year old, and for a period over 7 years (until we moved to another state in Malaysia), weekend trips across the Causeway to Singapore to visit my cousins were always looked forward to in anticipation. 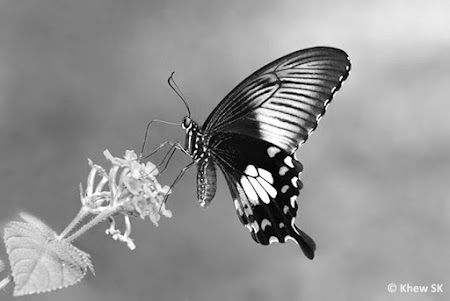 Back in those days, we didn't need passports and there were no long queues at the checkpoints (because there were none!). My dad's Volkswagen Beetle just chugged across the Causeway, and we always recognised the landmarks like the old Yeo Hiap Seng factory in Bukit Timah Road and driving up to Newton Circus meant that we would soon be reaching my uncle's house at Norfolk Road. I had fond memories of Orchard Road, in particular, shopping at Fitzpatrick's Supermarket, CK Tang and of course, yummy ice cream were some of the simple pleasures that I always looked forward to on our family trips to Singapore. 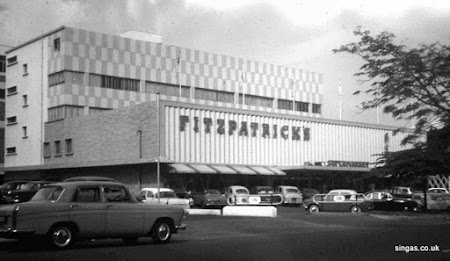 Fitzpatrick's Supermarket in Singapore in the 1960's. Anyone remembers this building?


My early impression of Singapore was that it was more vibrant and exciting than where I lived in Johor Bahru, and the lights, glitzy buildings and modern supermarkets were always more attractive and something to look forward to. Then there was Mr Lee Kuan Yew, whom practically everyone in my era would know as the Prime Minister of Singapore, and who did good things for the common people. 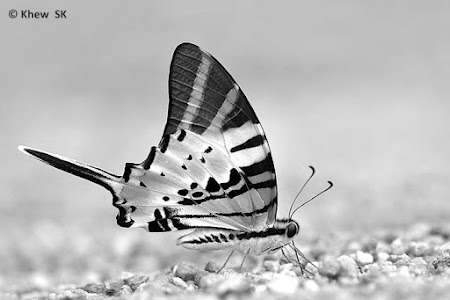 After my family moved away from Johor Bahru, school took up most of my time, but like any school kid during the 60's and 70's, we fashioned our own entertainment by being outdoors, climbing trees, catching longkang fish, playing with fighting spiders and of course, in my case, chasing after and collecting butterflies, which started a lifelong hobby that lasted to this day. 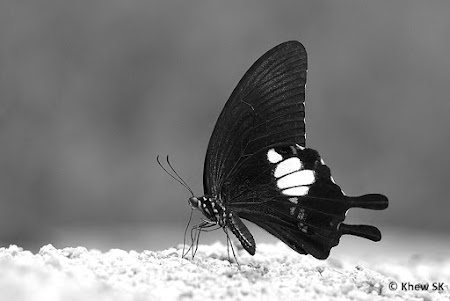 Over two decades from 1960, and in particular after the separation from Malaysia in 1965, we watched Singapore from afar. Back home, tensions grew and came to a boil on 13 May 1969 with the racial riots in Malaysia. As a young 10 year old school-going boy living in Petaling Jaya, almost at the heart of the riots, it was traumatic and terrifying - listening to and reading reports of wanton killing between the Malays and Chinese in KL. The curfew kept our family at home, with doors locked and windows shut for nearly two weeks, as I saw the remaining food in the pantry dwindling and how my mom sacrificed her share of the food at each meal so that my brother and I could eat our fill. 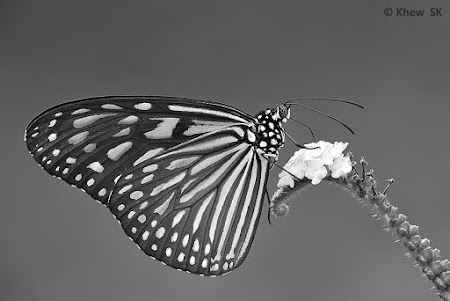 Singapore's progress in the 70's was certainly the envy of its neighbours, and the media always attributed all these success stories to the visionary thinking of Mr Lee Kuan Yew. By the early 70's my dad was posted back to my birthplace of Penang, and I was doing my GCE O and A levels. After I received my results, I tried applying for both local and foreign universities. An offer of a scholarship from the Public Service Commission of Singapore came along, and I jumped at the chance of an opportunity to continue my tertiary education in Singapore. The sponsorship of promising students from all over Asia was a product of Mr Lee's vision and educational policy to recruit the best for Singapore. 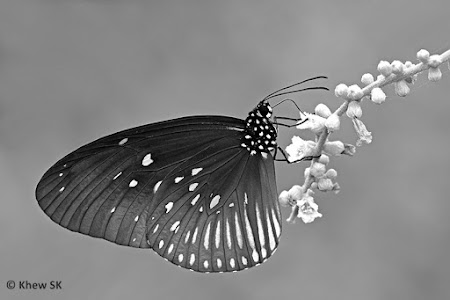 What attracted me (and many of my friends too) most about Singapore, is its policy on meritocracy. If you did well in your studies, it doesn't matter what your skin colour is, which religion you embrace, or who your parents are. I was given an offer of a professional undergraduate course in the National University of Singapore. My applications to the local universities yielded courses like Applied Science and Arts, which I had absolutely no interest in. I recall leaving Penang in May 1979 via the Keretapi Tanah Melayu (KTM) train, choo-chooing all the way down to Tg Pagar Station in Singapore. My life in Singapore started with three weeks of orientation (called ragging in those days) in one of the University Halls of Residence. 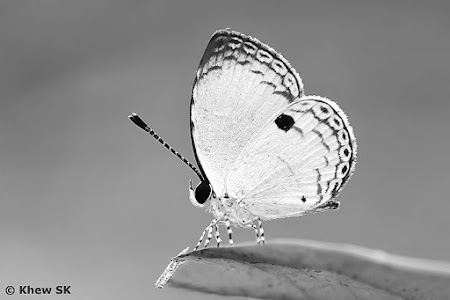 Being active in the Dunearn Road Hostels and Sheares Hall at NUS meant contributing my time and energy. In my five years there, my stay in the hostels taught me independence, commitment, loyalty, leadership and perseverance through all sorts of adversity. The experience taught me how to work with my peers and motivate others towards a common goal - life skills that were to become very relevant in my working life. 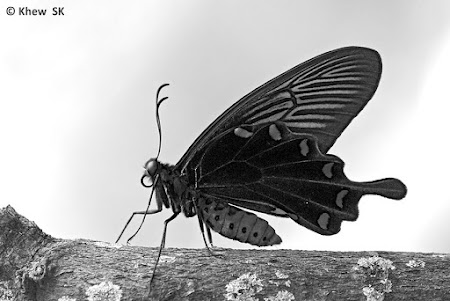 Ironically, my first indirect encounter with Lee Kuan Yew, was during his official visit to the University in 1983. Apparently, whilst driving past my hostel, he observed and remarked that there was a tree that was planted too close to the building, and that its roots may damage the foundation. That tree happened to be outside my room's window, and whose shade and greenery I had enjoyed for a couple of years. Much to my dismay, that same tree was chopped down the very next day! I later found out that the University's Estate Office had an overzealous staff who interpreted Mr Lee's comment as an instruction to remove the tree! Such was the power of Lee Kuan Yew's words, and the actions that followed. I didn't think that he meant for the tree to be cut down, and he probably did not drive past my hostel again for some time to notice that his well-meaning comment meant the demise of a tree. What was amazing about this story? That tree was at least 50m away from the road, and he was driven past in a car, yet made that observation. Most of us would have just enjoyed the view from the car and not notice anything! 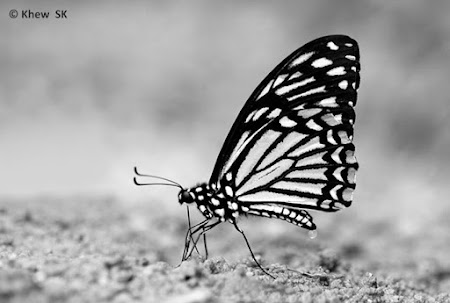 Serving an 8-year bond in the public sector after graduation gave me a first-person insight of the governance that the Lee Kuan Yew administration had designed for Singapore - clean, efficient and systematic. In the 80's, the nation-building machinery sped along at a frenetic pace. We were churning out schools at the average rate of one per month by the mid 80's. My fellow architects and I gained valuable professional experience at a rate of at least twice to thrice the speed of our contemporaries in neighbouring countries - we designed and implemented schools, hospitals, courthouses, museums, airports, bridges, prisons (!), parks, Ministry HQs, police and fire stations, universities, laboratories and many other institutional buildings too numerous to mention here. We were literally thrown into the deep end of our profession, and had to learn fast. But the Singapore spirit prevailed. 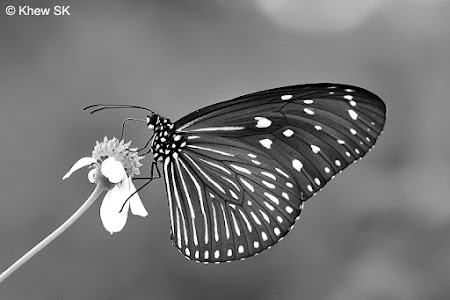 It was an exciting era, and as Singapore progressed, developed and improved its physical infrastructure, so did the economy and fortunes of its people. I could feel the pride and sense of achievement in the country, as we leapfrogged our neighbours in practically every aspect of growth and development. Less than 10 years after I stepped onto this little island in the sun, I decided that this would be home and where I would carve out my career and raise my family. I became a proud citizen in 1988. Making that decision meant a commitment and appreciation to the country that I had largely benefitted from. 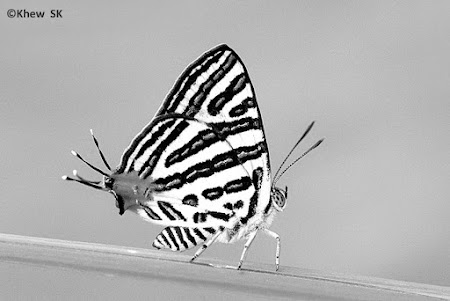 Working in the Public Works Department, we had to also serve the Istana where Lee Kuan Yew spent his working hours. From my colleagues I learnt that he was a man with exacting standards and high expectations. He was also frugal, and in one example, rejected a proposal (in 1995) to change his working desk that he had used since he became PM in 1959! His comment? "What's wrong with this desk? It is still good and serves its function!" 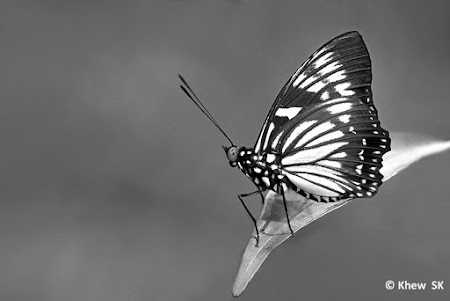 The years went by, and like most ordinary Singaporeans, I just admired and respected Mr Lee from afar. There were a couple of times when I had the opportunity to be at the Istana, but was never courageous enough to approach him for a photograph. (We didn't have smartphones and selfies in those days) 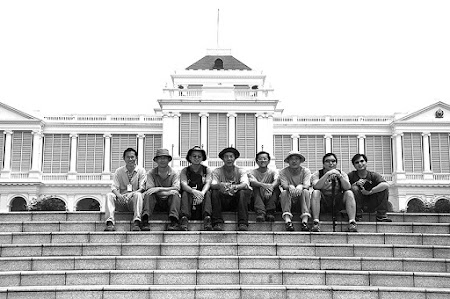 ButterflyCircle members after a survey at Istana in 2006

The years sped past, and in 2006 I was invited to check out the Istana's butterfly biodiversity after the late Mrs Lee asked "where are the birds and butterflies at Istana grounds, despite the lush greenery?". Singapore's Garden City and City in a Garden reputation did not happen by chance. We are known as a “City in a Garden” due to Mr Lee Kuan Yew’s bold vision of greening Singapore. He saw this as a means of distinguishing Singapore from other cities, especially in the region. A green city would help convince potential investors that the place was well-run. 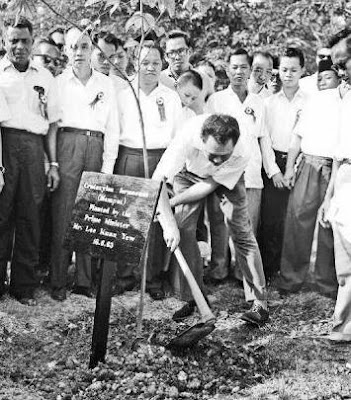 On 16 June 1963, Mr Lee Kuan Yew, who was then the Prime Minister, planted a tree at Farrer Circus to start Singapore on its greening journey. Mr Lee believed that introducing greenery would reduce the harshness of Singapore’s urbanisation, beautifying the city and making Singapore a more conducive environment to live in.

And thanks to Mr Lee's greening vision, we have a lot more biodiversity in Singapore than many would have expected in a city with such intensive development.  With ButterflyCircle members, we conducted a couple of surveys, and then advised the NParks curator on how to improve the butterfly diversity in Istana. It was during that period, when I also had the pleasure of meeting Mdm Ho Ching, the PM's wife, and that initial encounter culminated in the publication "A Field Guide to the Butterflies of Singapore" in 2010. Thank you, Ho Ching! 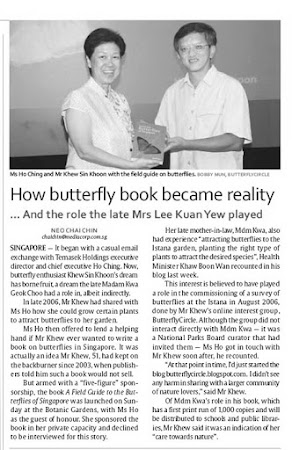 As we look at what Singapore is today, and during this week of mourning by all Singaporeans for Mr Lee Kuan Yew, each of us had, at one time or another, benefitted from his vision and leadership. Singapore is by no means perfect - and no country will ever be. But it is the vision, spirit, dedication and determination of its leaders and people that make the difference. I made my decision 27 years ago to make that commitment to Singapore - a country that helped me grow and succeed in an environment of meritocracy and equality - without racial prejudice or religious bias. I am proud to be a Singaporean and be a part of Singapore's progress and success story. Majulah Singapura! 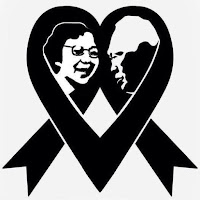 Farewell and Rest in Peace, Mr Lee Kuan Yew. Thank you for Singapore. You are now reunited with the love of your life, Mdm Kwa Geok Choo in a better place. May the butterflies be with you! :) 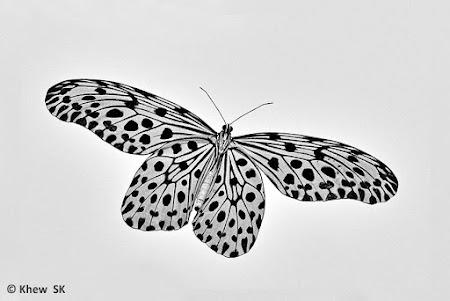 Mr & Mrs Lee Kuan Yew, may your spirits soar above the clouds and watch over Singapore.  Rest in Peace.

Text and Photos by Khew SK
The Singapore Pledge
We, the citizens of Singapore,
pledge ourselves as one united people,
regardless of race, language or religion,
to build a democratic society
based on justice and equality
so as to achieve happiness, prosperity and
progress for our nation.