Butterfly of the Month - September 2015 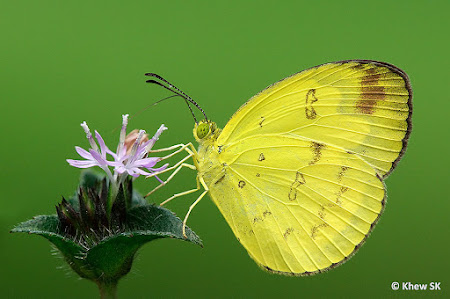 The month of September 2015 will probably go down in Singapore's political history as an exciting month as 2,460,977 voters went to the polls on 11 Sep 2015. For the first time since independence in 1965, all 89 electoral seats were contested. This time around, up for grabs were 16 Group Representation Constituencies and 13 Single Member Constituencies. 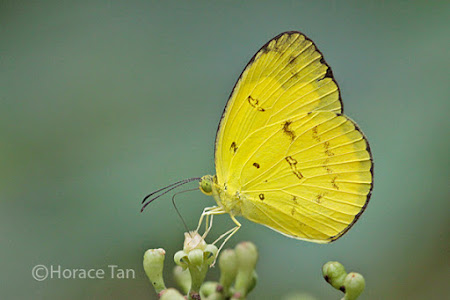 It was a very eventful period leading up to Polling Day as each political party held rallies, interviews and podcasts to articulate their manifestos and to persuade the electorate why they should be the voters' representative in Parliament. Social media played a key role, as Singaporeans turned to their favourite cyberspace platforms to read, comment and absorb all the excitement of the once-in-five year hustings. 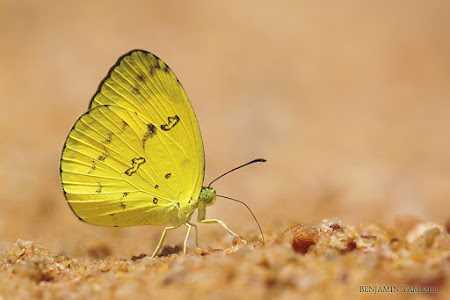 The incumbent political party, People's Action Party (PAP) won 69.9% of the total valid votes cast - with over a 2/3 majority support from Singaporeans. With all the eligible voters casting their votes for the first time since 1965, this is probably a true reflection of the support from the citizens of Singapore. This is likely to be more representative of the 'silent majority'. Social media, anti-establishment sites and grousing keyboard warriors only form about 30% of the 'alternative voice' supporters (although because of their cyberspace presence, this group appears to give an impression that they represent the majority view). Reality kicks in... 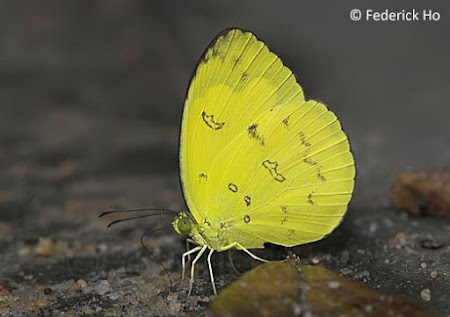 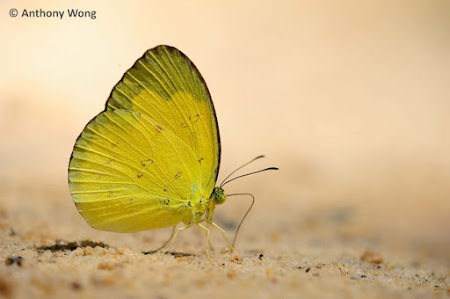 On the environmental front, the almost-annual scourge that has become all-familiar with Singaporeans, Malaysians and Indonesians reared its ugly head once again. In the past week, many areas in the 3 countries were shrouded in the choking smog as large tracts of land were razed to the ground in Sumatra and Kalimantan. This yearly affair of clearing forests by burning the land during the dry season appears to have continued despite the Indonesian authorities' warnings to plantation owners. 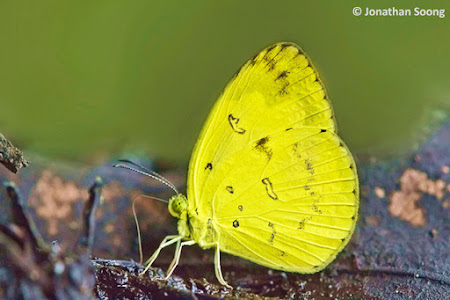 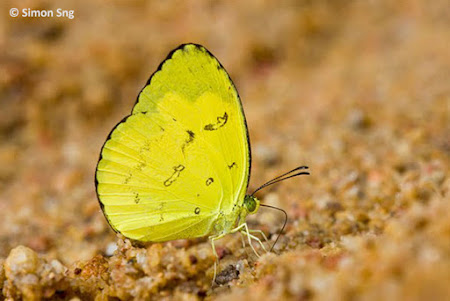 One wonders how and when this persistent destruction of the land will stop? It is unimaginable that the Indonesian authorities are powerless to prevent this yearly damage. The feeling of helplessness and frustration that Malaysians and Singaporeans feel when the haze descends on us returns year after year with no end in sight. People with respiratory problems or sensitive to the acrid smog in the air will usually have to suffer in silence. 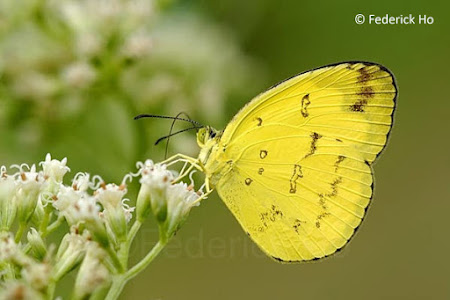 The NParks Butterfly Count is ongoing (5-13 Sep) and it will be interesting to see how the haze will affect the numbers and diversity of the butterflies found in our urban parks and gardens. In previous years, when the haze was particularly thick and prolonged, the butterfly population was affected where the numbers dropped significantly. 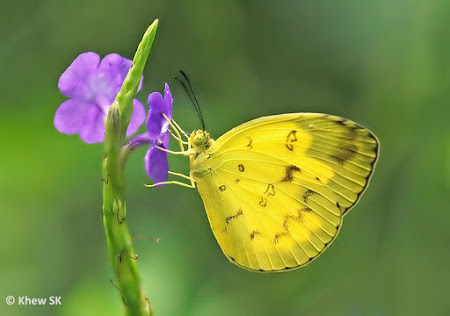 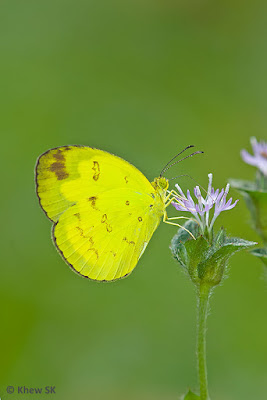 The Anderson's Grass Yellow has a forewing length of about 17-20mm on average. occasionally, very small individuals are observed where the forewing length may drop to about 13-15mm. The species is usually found feeding on flowering plants along the fringes of the nature reserves. 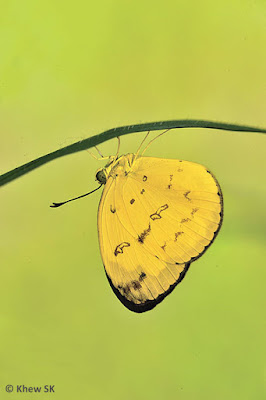 Males of this species are also fond of puddling at sandy streambanks. More often than not, they are encountered singly, unlike the congregations of Common, Three Spot and Chocolate Grass Yellows that are occasionally encountered. They also display a habit of flying and hiding on the underside of a leaf to rest upside down. However, the butterfly is alert and skittish and is not easy to photograph when fluttering around. 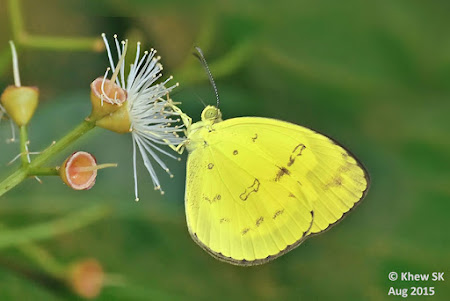 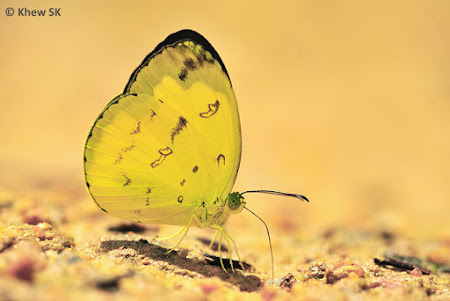 The Anderson's Grass Yellow can be separated from the other lookalike Grass Yellows by a single cell spot on the underside of its forewing. There is usually a dark brown sub-apical streak on the forewing (which can sometimes be very indistinct or even absent). The upperside of the butterfly is a rich yellow with black marginal border on both the fore- and hindwings. 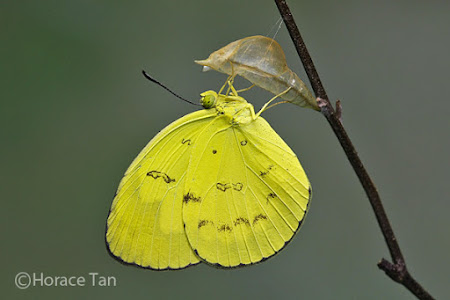 The species has been successfully bred on Ventilago maingayi and Ventilago malaccensis.The host plant is found growing wild in the forested nature reserves of Singapore. The plant is quite unique in that the young leaves of the plant are deep red whilst the mature leaves are green. The caterpillars feed almost exclusively on the young leaves.

Posted by Commander at 9:30 AM 0 comments