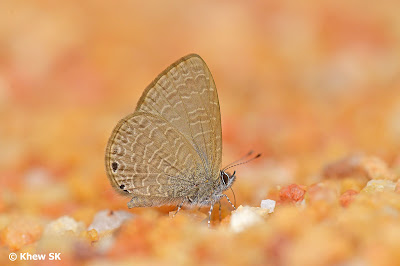 A Dingy Line blue puddling at a sandy streambank in the nature reserves in Singapore
The final weekend of June is here, and it also marks the end of the first half of 2021. The past six months have been a blur that zoomed past us, leaving us wondering what we have managed to achieve. We all know that time flies; but COVID19 seems to make it fly faster! The world has had to deal with the pandemic from early 2020, and to some, it seemed to have robbed us of 1.5 years of our lives, making us reflect on how we spent that time. 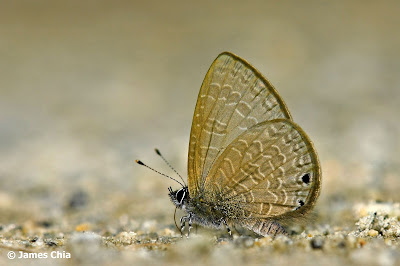 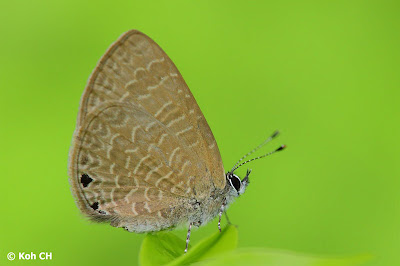 Very few are going to talk about productivity over the past 18 months, nor are we going to be measured against how productively we worked. The pandemic decided that for us. Working from home, online meetings, home-based learning and so on - did we manage to do as much in that time as compared to the pre-COVID year before? I believe that for the majority of us, we don't even want to think about it - there were too many compromises made, and safety is our priority. We were mainly struggling to ensure that we would not be infected, and that we could continue to keep our jobs. 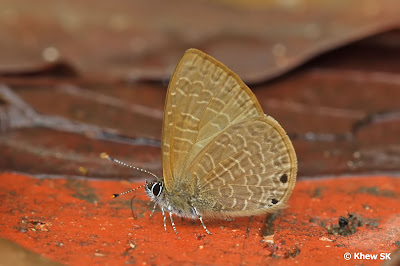 A Dingy Line Blue puddling on a clay brick staircase in an urban hill park
In the past month, Singapore experienced a "2nd wave" of sorts. There were no official references to a 2nd wave, but restriction measures were tightened in the face of a potential mass outbreak caused by the Delta variant of the virus, which proved to be more aggressive and infectious and caused more severe symptoms for those who are not vaccinated. So, for a short period, we reverted to dining only at home, ordering food "to go" via online delivery, and it was back to WFH once again. 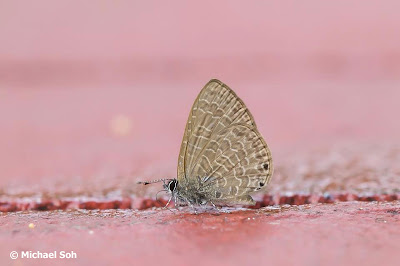 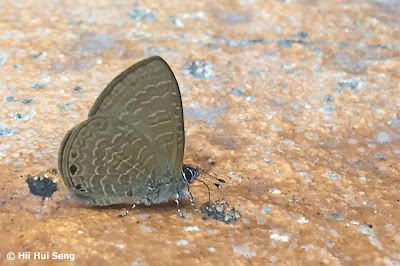 This time around, there was perceptibly much less panic - no mad rush for groceries, grumbling about having to contend with online meetings, or working from home. Have we been de-sensitised? The government is preparing the general citizenry for the time when COVID19 becomes "endemic". In this instance, the definition refers to a disease that is prevalent in a particular locality, region, or population (and in the case of COVID, it refers to a global endemism). 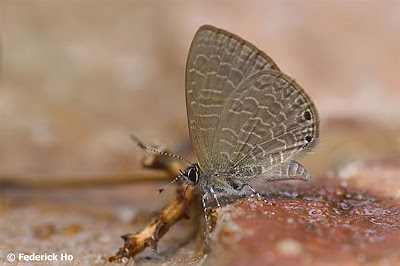 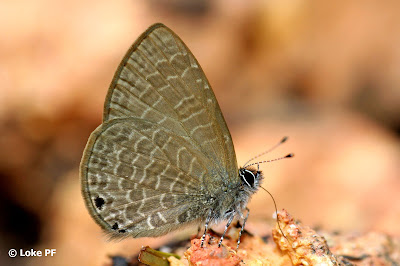 The Dingy Line Blue is more often encountered puddling at various damp spots and is a widely distributed species in Singapore
Vaccination programmes are being rolled out in many countries, with the objective of achieving "herd immunity" within the country. This, together with the fact that the effect of the virus on vaccinated individuals is much less severe, may be the solution to achieve a new normalcy that we may one day wake up to. In other words, we have to learn to live with COVID19, much like we have lived with the common cold, influenza and a host of other diseases that we have already taken for granted in our daily lives. 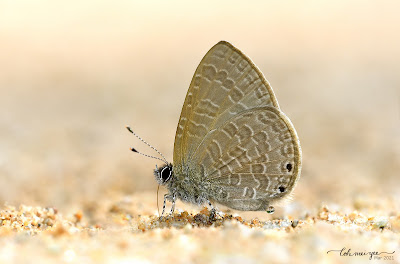 Speaking of normal, let's get back to our world of butterflies and our Butterfly of the Month for June 2021. We feature a diminutive and unremarkable Lycaenidae species, the Dingy Line Blue (Petrelaea dana dana). A species that was recorded as a new discovery when it was first observed in Singapore on Pulau Ubin in 2004, the Dingy Line Blue is now widely distributed across the island. 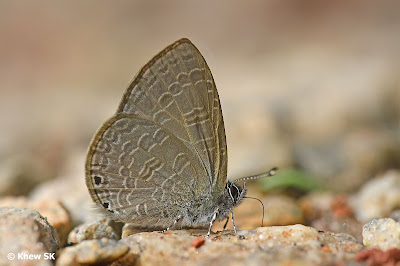 It has been observed in urban areas as well as the forested nature reserves. Due to its small size and erratic flight, the Dingy Line Blue may have been overlooked more often than not. If it does not stop to puddle or rest, it is almost impossible to identify this species when it is in flight. Most of the time, when encountered, the butterfly is puddling at damp footpaths, where it can be photographed and the identity validated. 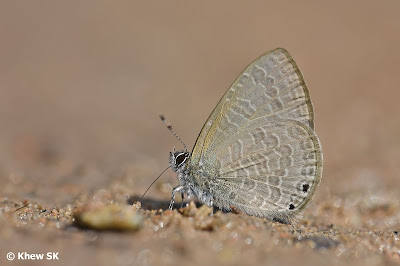 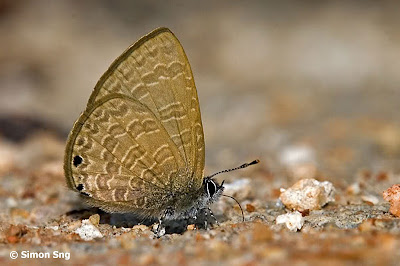 The ground colour of the underside of the wings of this species is variable, ranging from a cool grey to a warm beige
The upperside of the male Dingy Line Blue is violet-blue with a narrow black border, whilst the female is brown with a whitish patch on the forewing with metallic blue scaling on the wing bases. The underside ground colour is greyish brown but often variable and appearing a warmer beige-brown in some individuals. 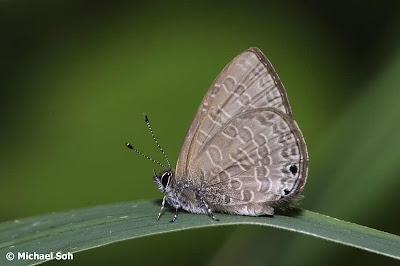 A shot of the Dingy Line Blue perched on a blade of grass
The usual striations on the underside of the wings are white, with the inner borders of the striations darker. There are two small black spots at the tornal area of the hindwings. It should be noted that these spots are never orange-crowned and this distinguishes the Dingy Line Blue from a similar sized lookalike, the Tailless Line Blue (Prosotas dubiosa lumpura), which has orange-crowned tornal spots. 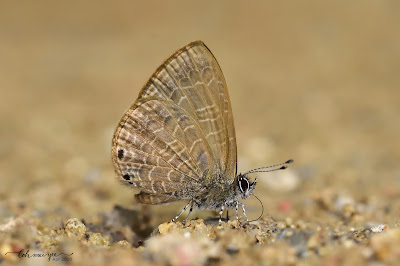 The Dingy Line Blue is a small butterfly with a wingspan of 25-28mm. The eyes of this species are opaque black. The legs are banded black and white. The species has been bred on Terminalia catappa in Singapore.
Text by Khew SK : Photos by James Chia, Hii Hui Seng, Federick Ho, Khew SK, Koh CH, Loh MY, Loke PF, Simon Sng and Michael Soh
Posted by Commander at 10:01 AM 0 comments