Butterfly of the Month - October 2018

Butterfly of the Month - October 2018 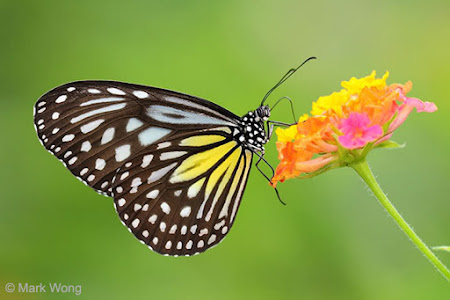 
The year 2018 crawls along into its tenth month and October is almost halfway through. It has not been a good year, both at the personal and at the work fronts, and I cannot wait for 2018 to end and to look ahead with greater optimism in 2019. It has been a year of ups and downs (mostly downs) and probably one of the more forgettable years in my life. 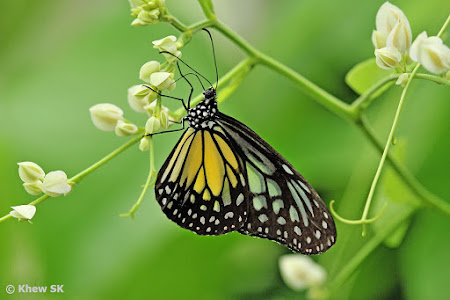 The local economy has not been favourable to the industry that I am in, and competition is rife and many companies are facing headwinds and a rather pessimistic outlook in the months to come. Throw in several unfortunate events directly affecting the company's branding and being in the news for the wrong reasons, it has been a year of hard knocks and bruised performances. Health issues in the family also remind us of our mortality and vulnerability as we age. Time robs us of our youthful exuberance and leaves us a shell of what we used to be. But that's life, isn't it? No one gets younger or healthier as they age. But it is a grim reminder of the fear of losing a loved one, or facing major lifestyle changes due to negative impacts of the body's state of health. No one can say that they are prepared for such setbacks in their lives, because no matter how theoretically prepared we are, in reality, we aren't. 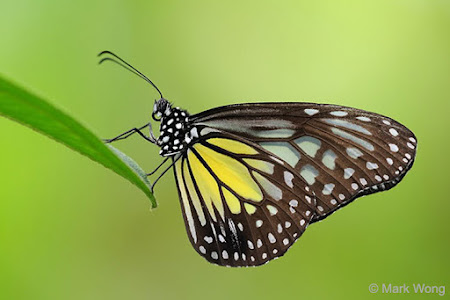 The global outlook is not that rosy either, with the US-China trade wars escalating in a tit-for-tat game of economic battles in the form of trade tariffs resulting in higher costs for some businesses causing overall global uncertainty in the near term. If we take a look back at history, the events preceding the two world wars started with economic crises. So let's hope that history won't repeat itself. 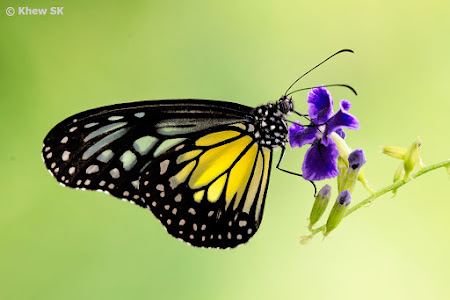 Even Mother Nature seems to be throwing out more extreme weather throughout the year and I don't recall back-to-back severe typhoons whipping Asian countries in recent history, resulting in multiple fatalities where these natural disasters struck. Add a couple of erupting volcanoes, a few earthquakes and tsunamis and hurricanes over in the western continents, it has been a particularly turbulent year for our world in the form of natural disasters too. 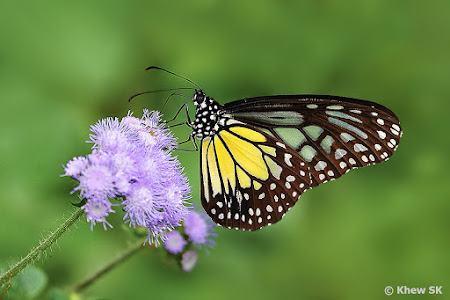 
This month, we feature a seasonal visitor to Singapore, the Yellow Glassy Tiger (Parantica aspasia aspasia). Although recorded in Singapore by the early authors, the Yellow Glassy Tiger is very rare, and has not been seen for many years. Individuals have been irregularly observed from time to time, and these are believed to be strays from southern Malaysia making the occasional visits from across the Straits of Johor. 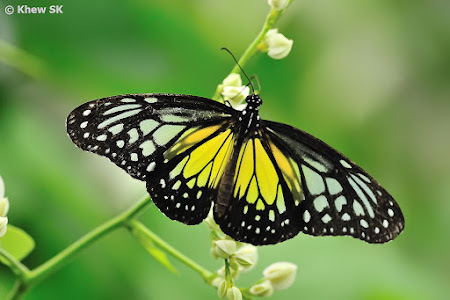 The Yellow Glassy Tiger's wings are predominantly bluish-grey with narrow black longitudinal streaks across both wings. Each wing has a bright yellow basal patch, with the yellow more extensive on the hindwing. It is this yellow colouration that gives the species its common name and distinguishes it from its all-grey cousins like the more common Blue Glassy Tiger and Dark Glassy Tiger found in Singapore. 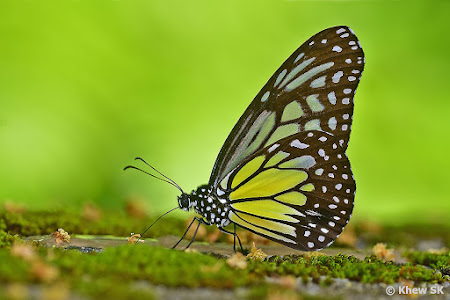 The species flies with its characteristic slow and unhurried flight, which is typical of the "Tiger" butterflies of the Danainae subfamily. As the caterpillars of many of the Danainae species feed on lactiferous and toxic host plants, the adult butterflies display aposematic colouration and patterns, and are distasteful to predators. 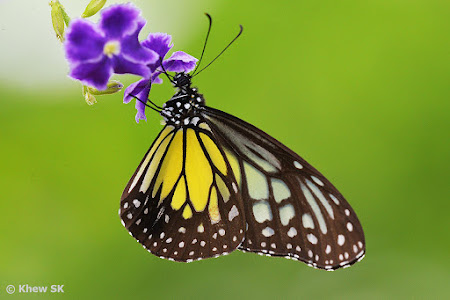 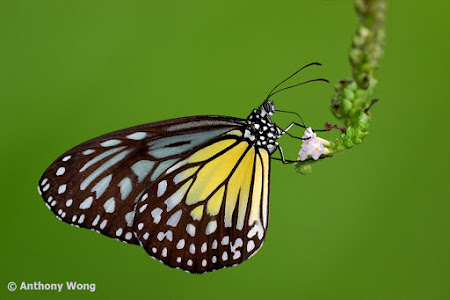 
The male Yellow Glassy Tiger has narrower and slightly more pointed wings, whilst the female has more rounded wings. The males also possess a conspicuous sex brand at the sub-tornal area of the hindwing. Females may be slightly paler in colour. 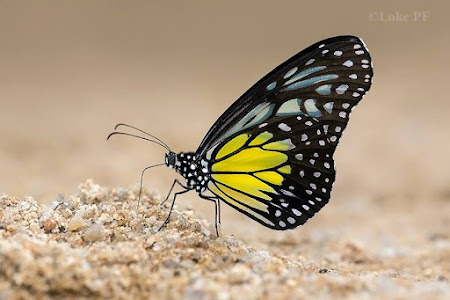 A male Yellow Glassy Tiger puddling at a damp streambank


Male Yellow Glassy Tigers have sometimes been observed to puddle at damp sandbanks near forest streams. Both sexes are frequently found feeding at flowering plants and wildflowers along roadsides and jungle trails. Although the species is relatively common in Malaysia but thus far, it is infrequently seen in Singapore. A female Yellow Glassy Tiger spotted at Gardens by the Bay (Bay East), Singapore in Feb 2014

Locations where the Yellow Glassy Tiger was previously spotted included Hort Park, Alexandra Hospital Butterfly Garden, Pulau Ubin and Gardens by the Bay. Hopefully, this common species in Malaysia may one day make its home permanently in Singapore once again in the near future.

Posted by Commander at 5:41 PM 0 comments