Butterfly of the Month - February 2021 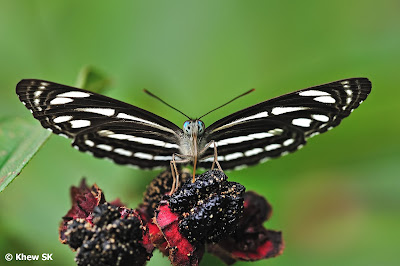 A Burmese Sailor feeding on the ripened fruit of the Singapore Rhododendron
Today is the last day of February 2021. The Lunar New Year, heralding the Year of the Ox, has come and gone almost in a flash. The COVID19 situation in Singapore appears to be under control, with low daily infection numbers in the community. The vaccination programme is under way, and moving along pretty well without any major incidents. The government hopes to vaccinate the entire population by the end of the year, although vaccination is still voluntary. 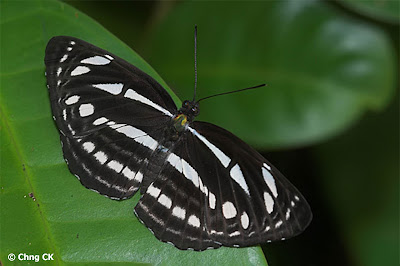 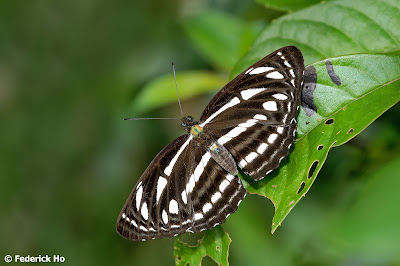 The month of February has not been particularly auspicious, considering the number of fatalities. From 'preventable' site accidents to a major explosion in a factory that claimed the lives of three migrant workers, the number of fatal cases was extraordinary in a month. And then there was that accident where a speeding BMW crashed into a building in the early hours of the morning and burst into flames. The accident was reported as one of the worst in recent years where 5 men lost their lives. 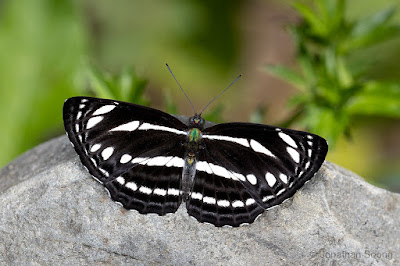 A pristine Burmese Sailor sunbathing on a granite rock 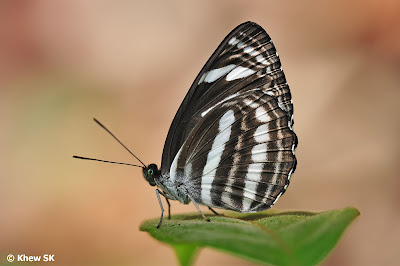 And as if to add to Singapore's woes, the air quality in some parts of Singapore worsened. A grim reminder of the dreaded haze where air quality was so bad that much of the population had to stay indoors to avoid health issues. The hot dry season is here and the potential of fires burning out of control in neighbouring countries increases significantly. Let us hope that we will not get a repeat of the years where the PSI ratings hit the 'hazardous' range. 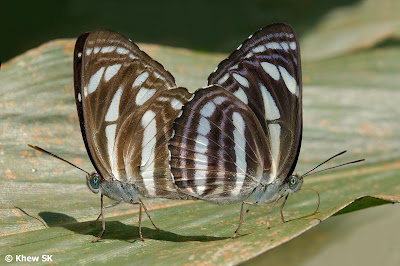 A mating pair of Burmese Sailors
Our Butterfly of the Month for February 2021 is a forest-dependent Nymphalidae, the Burmese Sailor (Neptis leucoporos cresina). One of four "Sailor" species found in Singapore, the Burmese Sailor is not uncommon, but usually sighted in the forested nature reserves and nature parks. This is probably due to the fact that the species' caterpillar host plant, Gironniera nervosa, G. subaequalis, and G. parviflora are all forest plants that are not normally found in urban parks and gardens. 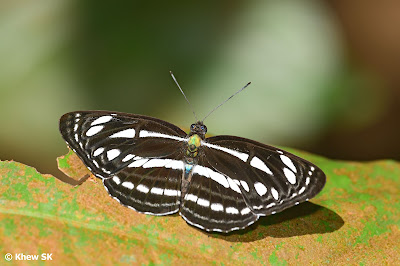 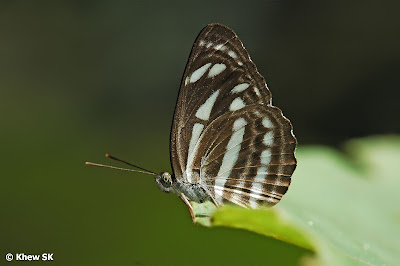 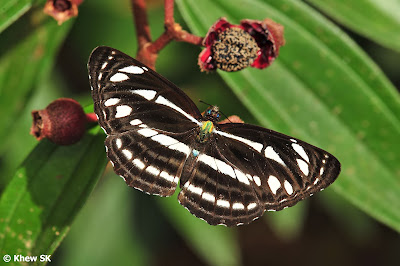 A Burmese Sailor feeding on the ripened fruit of the Singapore Rhododendron
Sometimes also called the Grey Sailor, the species is sometimes spotted singly along forest paths, gliding amongst the shrubbery. It is skittish, and is not easy to approach. Both sexes are often spotted at flowering trees like Syzygium spp., and takes to the over-ripened fruits of the Singapore Rhododendron (Melastoma malabathricum). 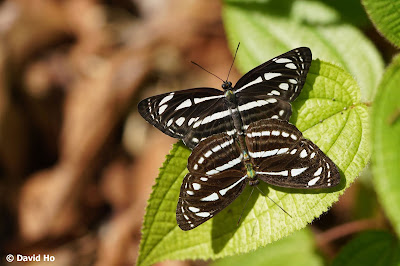 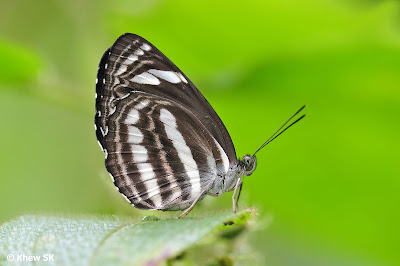 The eyes of the Burmese Sailor are transparent and has a reflective blue-green hue. The upperside of the thorax and abdomen has an metallic coppery-green sheen, whilst the abdomen is always white-ringed next to the discal band on the hindwing. 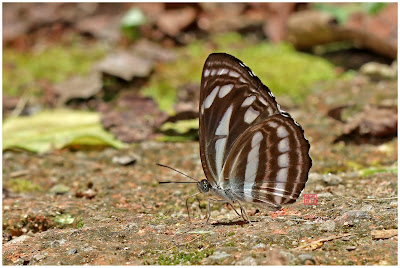 A Burmese Sailor puddling at a damp forest footpath
Whilst it is more often seen feeding at flowering plants or at the over-ripened fruits of the Singapore Rhododendron, it is sometimes seen feeding on bird droppings on leaves in the forest, and also puddling at damp forest footpaths.
Text by Khew SK : Photos by David Chan, Chng CK, David Ho, Federick Ho, Khew SK and Jonathan Soong
Posted by Commander at 8:31 PM

There are so many beautiful butterflies in Singapore :) Love from Korea🇰🇷🇸🇬