Life History of the Tawny Coster 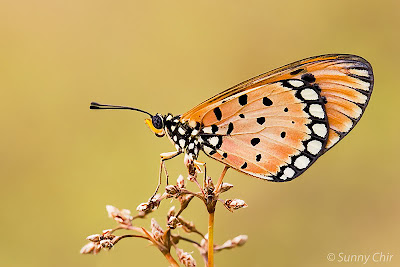 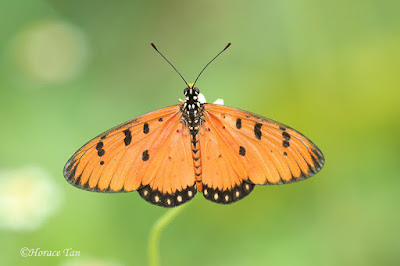 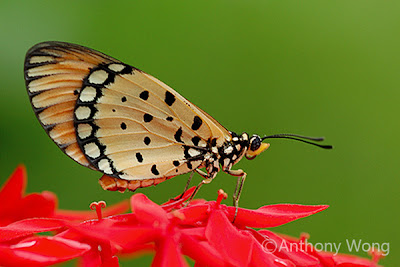 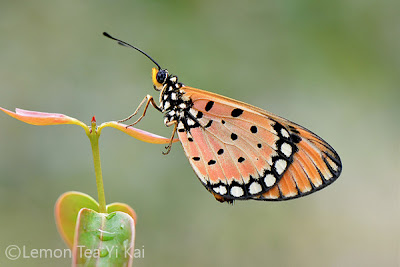 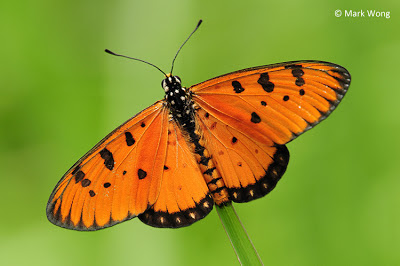 Above, the male is deep orange while the female is pale tawny yellow. The forewing has two transverse black spots in the cell, a broader spot at cell-end bar and a discal series of black spots in spaces 2-6 and 10. Its costal margin and termen are black. The hindwing has a black spot in the cell, a basal series of 4-5 black spots, a sub-costal spot and a discal series of spots. The termen is edged with a black marginal band which has a series of small spots in ground colour embedded. Underneath, the wings are salmon orange in the male and pale tawny yellow in the female. Both wings have black markings as per the upperside. The forewing coloration becomes paler and turns whitish towards the apex and the termen. Unlike the smallish spots on the upperside, a series of large, prominent white spots are embedded in the broad black terminal margin on the hindwing. Antennae are black, head and thorax are black spotted with pale yellow and white. 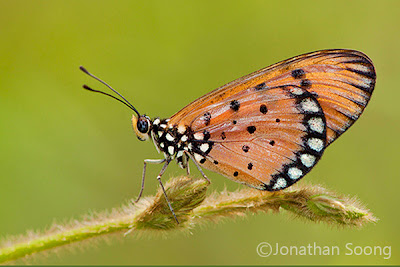 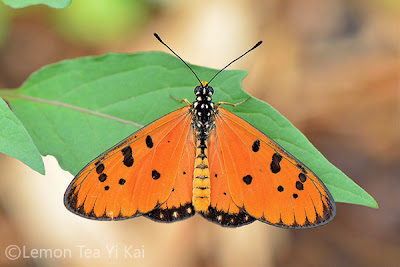 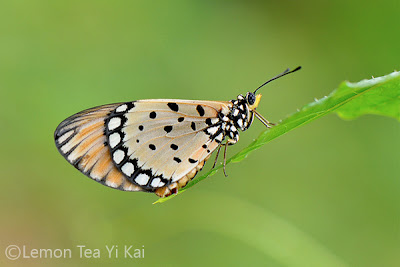 This migrant species was recently discovered in Singapore in 2006 (refer to this blog article for a report of its discovery in Singapore). Since then, it has established a firm foothold and can be considered a relatively common species in Singapore. Across the island, Tawny Coster can be found flying in wastelands and park lands where its favourite host plant, Passiflora foetida, grows in relative abundance. The adults have the habit of visiting flowers for nectar and are sluggish and gentle on the wings.

Click here to read the rest of the article
Posted by Horace at 10:05 PM 15 comments