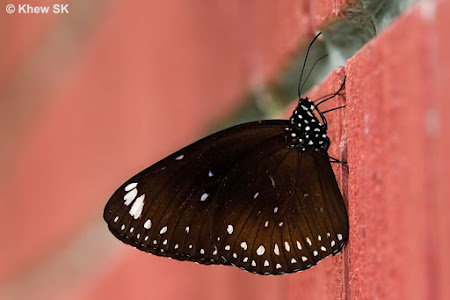 It's the month of August already! We're into the 8th month of 2015, and it's a month of celebrations for our little red dot island in the sun. On 9th August, Singapore celebrates its 50th birthday after independence. How far we've come from being a sleepy colonial trading outpost to the vibrant economic powerhouse whose GDP per capita is one of the highest in the world. 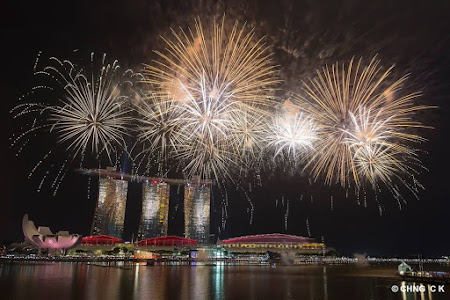 
There have been numerous articles and discussions about Singapore during the past week and leading up to the Golden Jubilee celebrations, highlighting the little island state that has punched way above its weight (or, in Singapore's case, size) in terms of economic success. A little island of just above 700 sq km with virtually no natural resources, it has recorded a stellar rise in the standard of living since its separation from Malaysia back in 1965. 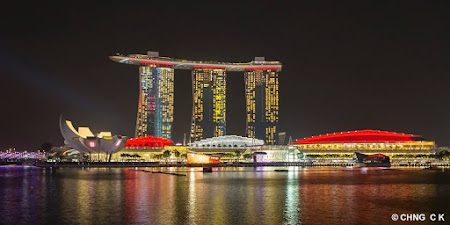 
Today, Singapore boasts some of the most modern infrastructure in Southeast Asia, with its economy humming along relatively healthily for a developed country. Its order (things work efficiently!), security, clean & green environment are some of the attributes that residents of Singapore are thankful for. Despite a reputation for being the world's most expensive city to live in, there are many things going for this little island that makes Singapore the envy of many other cities around the world. 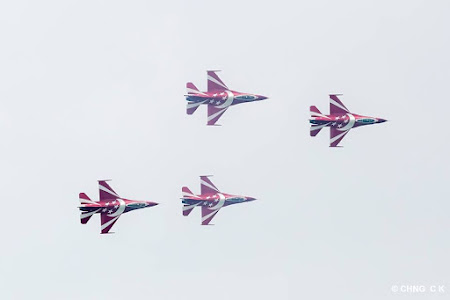 
Even as the spectacular fireworks, the screaming Black Knight jets and singing of nationalistic songs at our SG50 celebrations begin to just fade away, news of the coming General Elections and rumours about when Polling Day will be, fill the mainstream news portals and social media. It will be exciting months ahead as Singaporeans ponder about the future and which political party we will choose to govern and lead Singapore for the next five years. 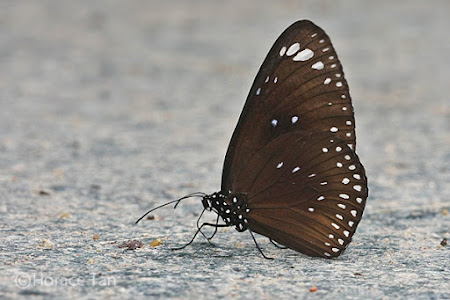 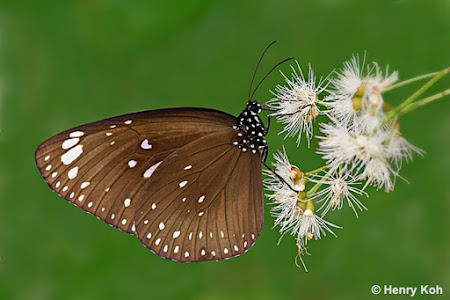 As the sea of red-and-white continues to decorate Singapore in all manner of ways to remind us of our national flag's colours, we take a look at our feature Butterfly of the Month for August 2015. Readers may be wondering why a drab black-and-white butterfly is being featured during a month of celebrations? In an attempt to be less literal in terms of a visual treat featuring our national colours, there is a special reason why we are featuring the Blue Spotted Crow for this SG50 month on this blog. 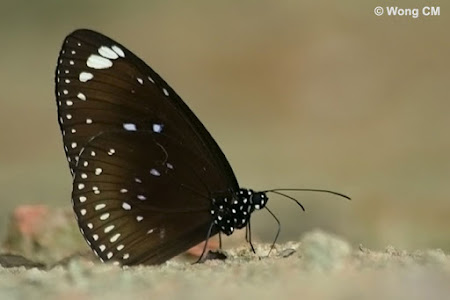 The clue is in the scientific name of this butterfly. It is one of three of our local butterflies that make reference to "Singapore" in their subspecies names. In the case of the Blue Spotted Crow, its scientific name is Euploea midamus singapura. What can be more befitting than to celebrate Singapore's 50th birthday with a butterfly that bears the name of our beloved little island? 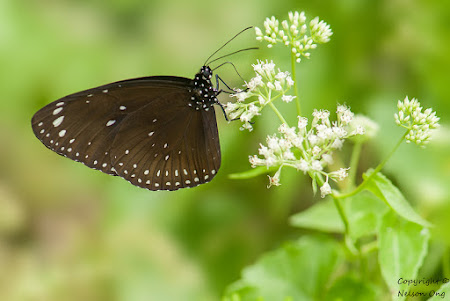 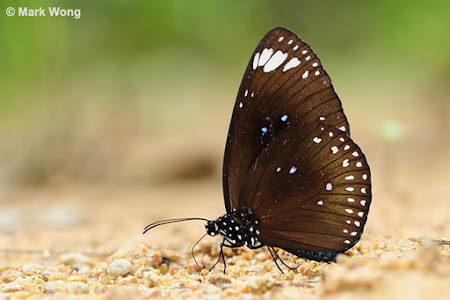 A Blue Spotted Crow puddling on a sandy streambank

The Blue Spotted Crow subspecies singapura has predominantly black wings with white spots arranged in a similar fashion as in the lookalike Spotted Black Crow (Euploea crameri bremeri). However, the subapical spots on the forewing of the Blue Spotted Crow is more quadrate rather than elliptical, and there are four spots instead of five in the Spotted Black Crow. These diagnostic characteristics of the white subapical spots distinguish between the two similar-looking species. 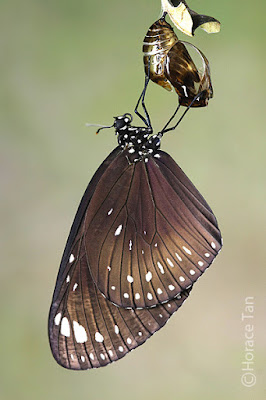 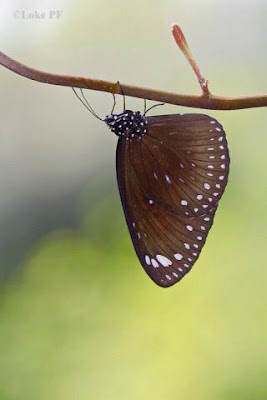 The Blue Spotted Crow has a slow and unhurried flight, and can be observed in urban as well as nature reserve habitats. It is usually spotted singly either feeding at flowers, or puddling. The butterfly is sometimes observed to puddle on concrete, brick and wood surfaces of buildings in the vicinity of forested areas. It is an alert butterfly, and takes flight at the slightest movement, even when it is feeding. 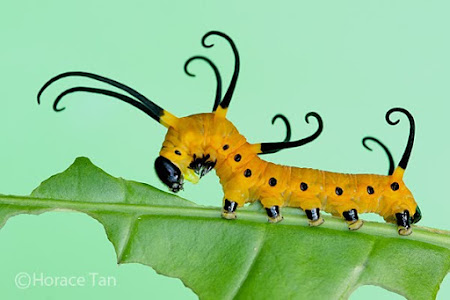 Caterpillar of the Blue Spotted Crow

As it feeds on lactiferous vines of the Apocynaceae family, it is likely to be distasteful to predators like the related species in the genus. The mature caterpillar is spectacular and unique, making it a very pretty caterpillar and almost "unreal". 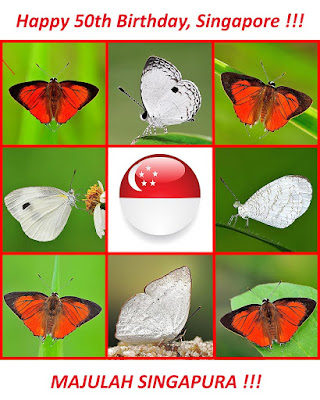 Finally, we would like to wish all our Singaporean readers a Happy 50th National Day and Majulah Singapura!