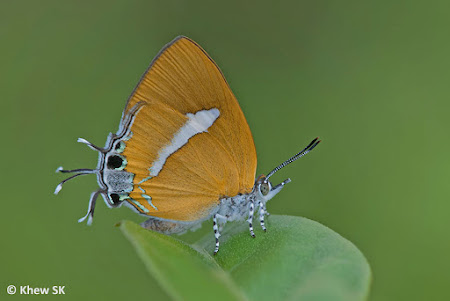 Even as the wet months of the year gave way to a much warmer weather, the prospects of facing the Indonesian-generated haze begins to threaten the fresh air that we take for granted. Already, there are sporadic reports of fires burning out of control in Indonesia and we brace ourselves again for the dreaded haze in the not-too-near future. The hotter weather in the month of March is expected to hit 34deg C according to the National Environment Agency's fortnight forecast, and this is certainly not going to be helpful as far as the haze is concerned. 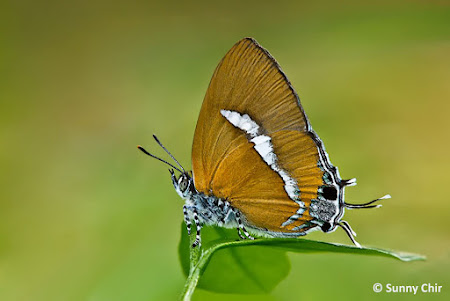 It has also been disheartening to continue to hear butterfly watchers from Thailand, Malaysia and Singapore lamenting that the butterfly count in their respective favourite butterfly hunting locations is very low. Is it due to the ever-changing weather patterns over the past year, climate change, or is this something that will be a permanent feature in the coming year? Even if this is the case, where have all the butterflies gone? This is something that we should continue to monitor and share our observations over the various social media platforms. 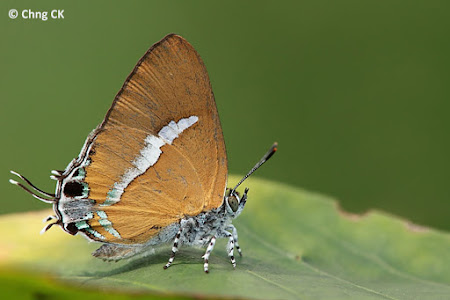 Global news has been rather unexciting, other than repeated reports of a slowdown across most economies around the world. As a pall of gloom descends on Singapore, with constant reminders of an imminent recession, many firms are reported to be cutting headcount, withholding increments and taking steps to restructure and right-sizing their organisations to mitigate the effects of a downturn. 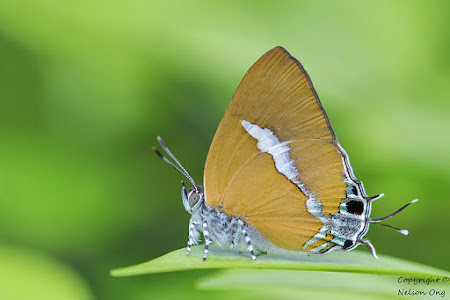 On a personal front, I finally found the time to carry out my cataract surgery. I had been putting it off for some time already, but my deteriorating eyesight was preventing me from enjoying my hobby of watching and photographing my beloved butterflies. So, off I went "under the knife" and had my artificial intra-ocular implants put in to replace my natural v1.0 lenses. Modern cataract surgery, usually referred to as phaco-emulsification, is a simple day surgery procedure. After a month of healing, I'm quite ready to head out again to look for our winged jewels in Singapore! 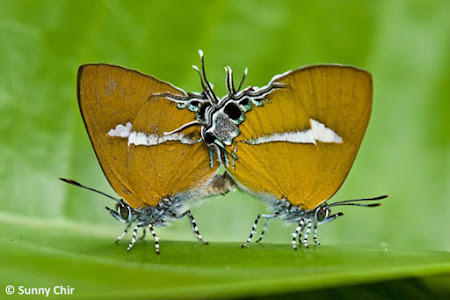 Our feature butterfly for March 2016 is the Ambon Onyx (Horaga syrinx maenala). Currently the only representative of the genus in Singapore, it is highly likely that another species, of which there have been evidence of, also exists here. It is a matter of time before an actual voucher specimen is collected to validate the other species. 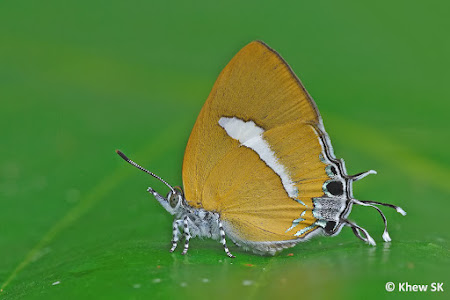 The Ambon Onyx is fairly common in Singapore, and is observed with regularity at urban hill parks and gardens. It is sometimes found in the forested nature reserves as well. The butterfly is small, with a forewing length of 13-16mm (wingspan of about 22-26mm). It is skittish and often flies at treetop level on hot sunny days. At certain hours of the day, it can be spotted perched with its wings opened to sunbathe. 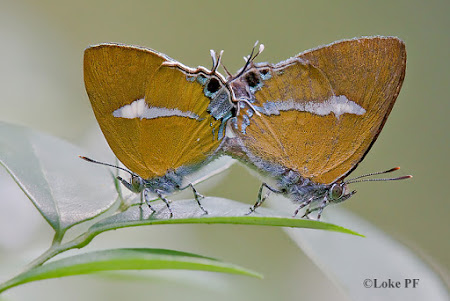 The butterfly has a rapid flight and often observed engaged in "dogfights" with other individuals of the same species. It returns repeatedly to a few favourite perches to settle with its wings folded upright, waiting for the next opportunity to "attack" another individual flying past. 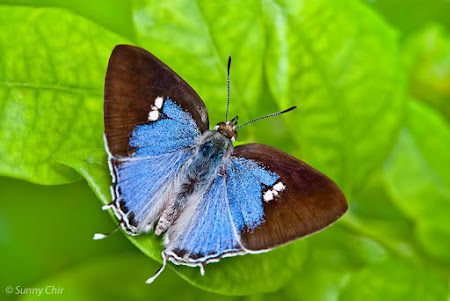 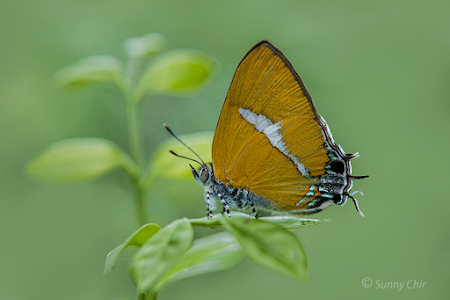 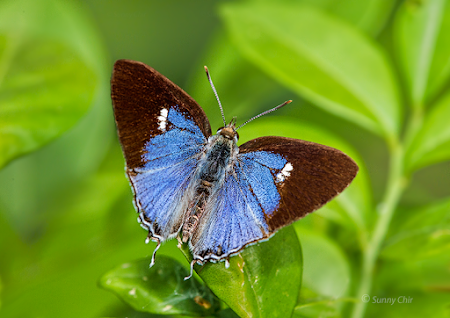 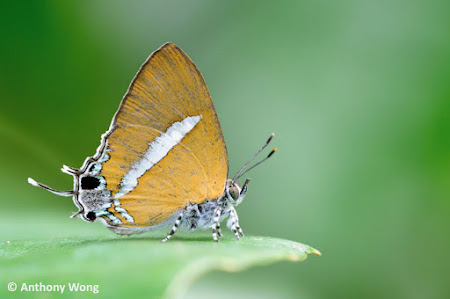 The underside is a buff brown with a irregular white macular band stretching across both wings. The tornal area of the hindwing features three large black eyespots edged with light blue iridescent scales. The legs are black and white banded and all three pairs of legs are fully developed. 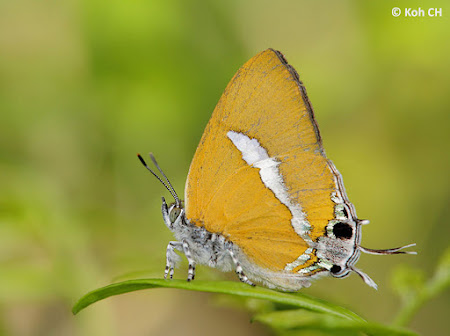 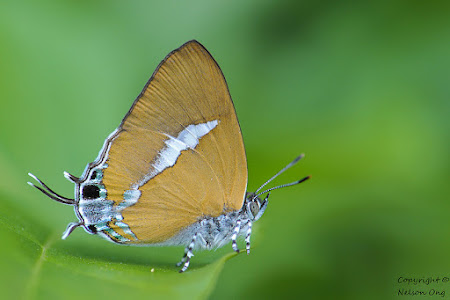 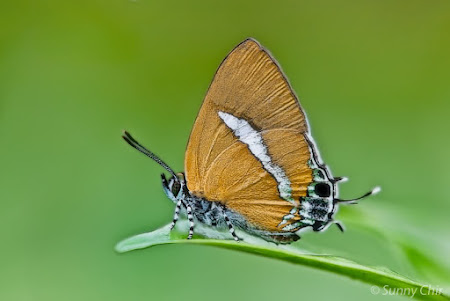 The caterpillars of the Ambon Onyx have been found to feed on the flowers and buds of Ixora javanica and the young shoots of Citrus microcarpa. It is believed that there are more alternative host plants for this species as well.