Butterfly of the Month - November 2011 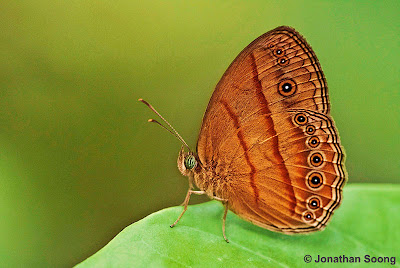 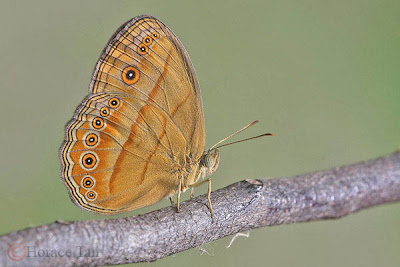 In western traditions, the premier holiday of November is Thanksgiving. It is held on the 4th Thursday in November. The first Thanksgiving was given by the pilgrims in 1623. It did not become an official holiday until President Lincoln declared it in 1863. The holiday was created to give thanks for the plenty of the harvest. Today it is celebrated by family gatherings. 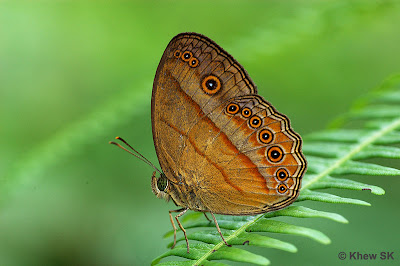 Over in Asia, the Muslim community celebrated Hari Raya Haji on 7 Nov this year.  Hari Raya means festival, while Haji simply means that of pilgrim, or pilgrimage. This is the day when Muslim pilgrims from all over the world end their journey to the sacred Mecca in Saudi Arabia. Fellow Muslims celebrate and honour those who have successfully completed this long and hard pilgrimage. 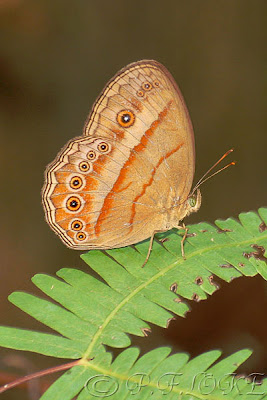 The month of November in 2011 is special for the unique date of 11 November 2011 or written in short, "11-11-11".  This comes once in a lifetime for most of us, and it is a special date on which many couples tie the knot.  Geomancers claim that the string of 11's signify a date of good fortune and is an auspicious date for significant milestones in one's life, like marriage, moving house or having a ground breaking ceremony for projects. 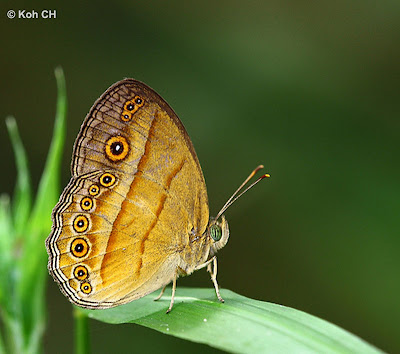 The birthstone for November is the topaz.  Topaz is a silicate mineral of aluminium and fluorine that crystallizes in the orthorhombic system and its crystals are mostly prismatic terminated by pyramidal and other faces.  Orange topaz, also known as precious topaz, is the traditional November birthstone, the symbol of friendship. 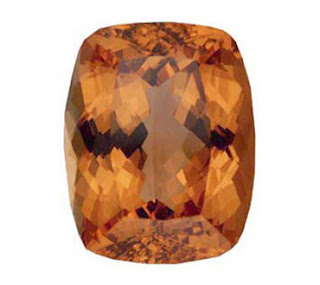 Who first comes to this world below
In drear November's fog and snow,
Should prize the topaz's amber hue,
Emblem of friends and lovers true.
- Gregorian Birthstone Poems 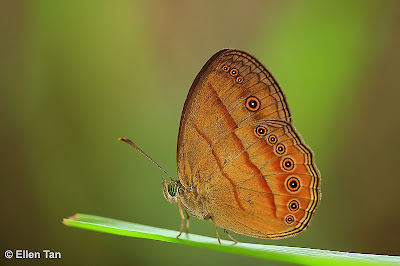 Our Butterfly of the Month for November is the Malayan Bush Brown (Mycalesis fusca fusca).  The butterfly belongs to the genus Mycalesis which is often referred to as "Bush Browns".  The species of this genus is characterised by the evenly rounded wings, usually a drab brown and the undersides featuring a series of ocelli with usually a post-discal band across both wings. 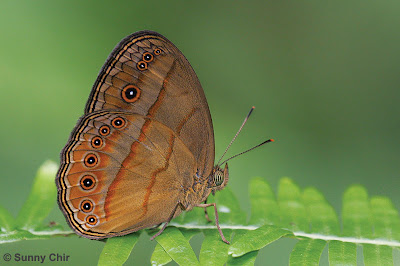 Many species of the Bush Browns are common, but irritatingly similar in appearance, making field identification challenging at times.  They are low-flying butterflies and stop to perch on grasses and leaves with their wings folded upright.  They prefer shady spots and fly amongst the forest undergrowth.  In the early hours of the morning, some individuals can be spotted opening their wings flat to sunbathe. 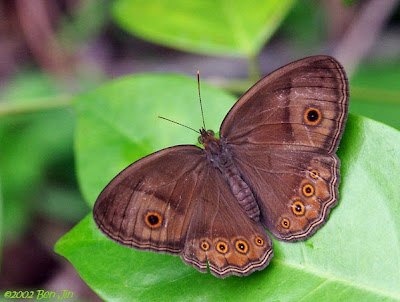 The Malayan Bush Brown is essentially a forest butterfly and is found in areas along the fringes of the nature reserves amongst grasses and low bushes. In the vicinity of its host plant, Scleria bancana, a long grass, several individuals can often be found, flitting from perch to perch at low level and frolicking with each other. 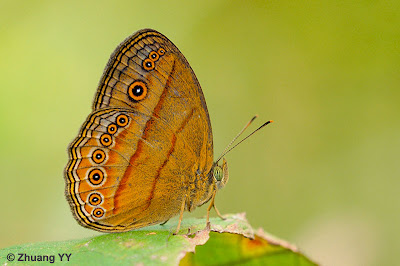 The species is the most distinctive of the genus Mycalesis found in Singapore due to its orange-brown colour with a pair of reddish-brown longitudinal stripes on both wings. The orange submarginal ocelli are not ringed with white. On the upperside, the male is brown, with obscure ocelli, whilst the larger female has rounded forewings and is generally paler. 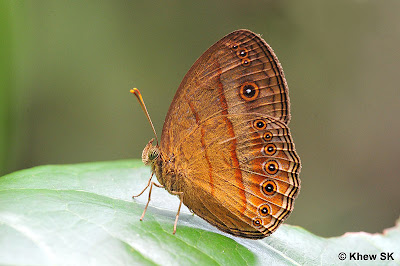 The caterpillar is known to feed on the Cyperaceae grass called Scleria bancana a tall grass that is relatively common in many parts of the nature reserves and even in urban parks.  The life history is recorded in detail on this blog here. 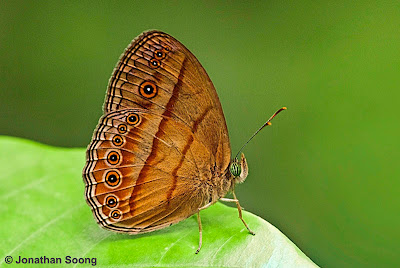 So as we look forward to December and the festivities, holidays and Christmas, let us spare a thought for the less fortunate amongst the people of the world, and say a lil' prayer for one and all for global peace.  :) 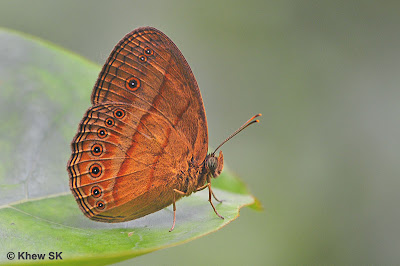