Butterfly of the Month - November 2020 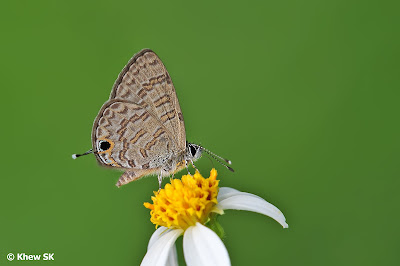 A Common Line Blue feeding at the flower of the Spanish Needle (Bidens alba)
It is the 11th month of a tumultuous 2020 and many of us would just wish that we could wake up in 2021 and all the nightmares of this year will be over! But if only the pandemic that has spread across the whole world will be so easy to get rid of. News of a viable and safe vaccine are already making their rounds and we can only wait with baited breath that there is light at the end of this dark tunnel that we have been crawling through for most of this year. 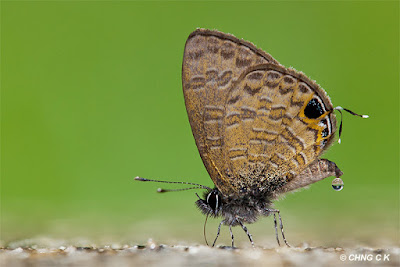 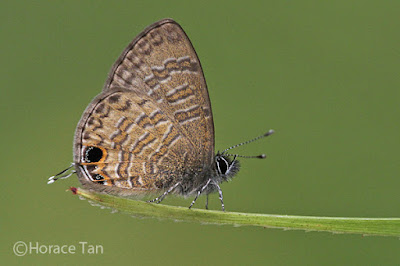 Over on the other side of the globe, the US Presidential Election is over. Or is it? Although the official results show that the US now has a new 46th President, there are still some quarters that harbour a different view that the incumbent still has a whisker of a chance to wrest the Presidency back. Whilst the rest of the world get down to the business of making our nations safe again, and to kick start the ailing economies, it should be a matter of time before we see a new President in the White House. 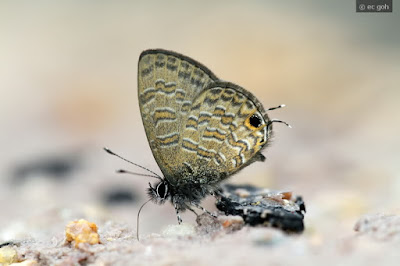 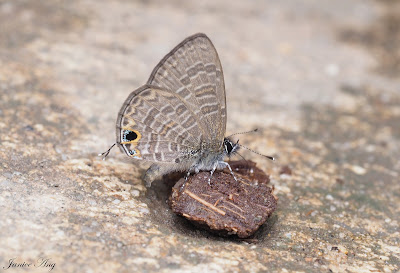 Back home on our Little Red Dot, the Covid-19 situation appears to be under control, with daily single digit or no new community infections for the past couple of weeks. Whilst there are still the irritating imported cases almost every day, the anticipation of a "new normal" or a semblance of getting our lives back, grows by the day. There is talk of a "Phase 3" on the cards, but it comes with a warning of a second wave, if we let our guard down. But looking around us in Singapore, it would appear that we are beginning to see a bit of pre-Covid normalcy, albeit with face masks as a default as we go about doing our daily business. 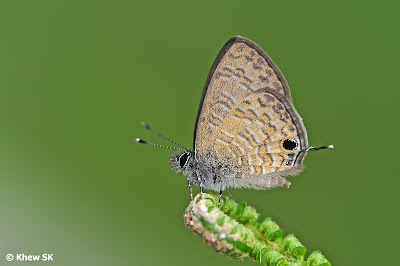 Our feature butterfly of the month of November 2020 is the small and inconspicuous Common Line Blue (Prosotas nora superdates). With a wingspan of only about 20-25mm, the Common Line Blue is a small species that is not easy to spot. It can hardly be considered "common", although it is quite widespread in distribution across habitats like urban parks and gardens. It can also be found in the forested nature reserves. Due to its diminutive size and erratic flight, it is not easy to identify the species when it is on the wing. 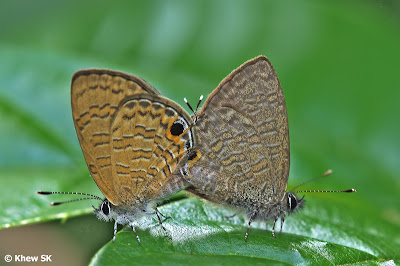 A mating pair of Common Line Blue : Left - Male, Right - Female
The male Common Line Blue is bluish-purple on its uppersides, with a very thin and almost imperceptible border. The upperside of the female is dark brown and mostly unmarked. The underside is ochreous in the male, and sometimes appears almost like a small orange butterfly, whilst the female is greyish buff with ochreous speckles. 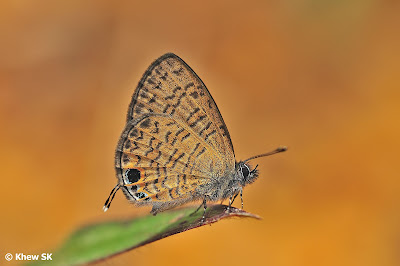 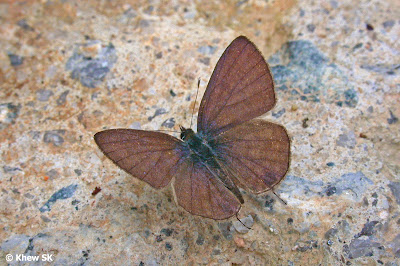 There is a prominent tornal orange-crowned black eyespot edged with pale green iridescent scales on the underside of the hindwing. There is a long white tipped filamentous tail at vein 2 of the hindwing. The large eyes of the Prosotas species are jet black, whilst the thorax, palpi and the dorsal margin of the hindwing are covered with hairs, giving the butterfly a particularly shaggy and unshaven look. 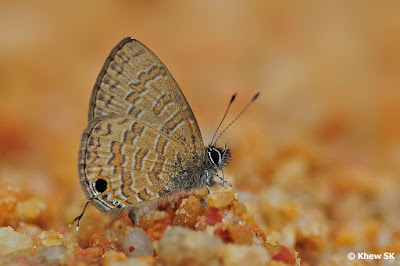 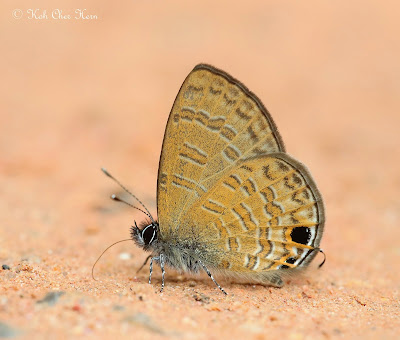 The Common Line Blues are most often seen puddling at damp footpaths and sandy streambanks
The Common Line Blue has a weak but erratic flight, and often seen flying restlessly at low levels amongst shrubbery. At times, the butterflies are seen feeding at flowering plants, but males are most often spotted puddling at damp footpaths and sandy streambanks that are contaminated with animal excretions and other organic matter. Females are much rarer. 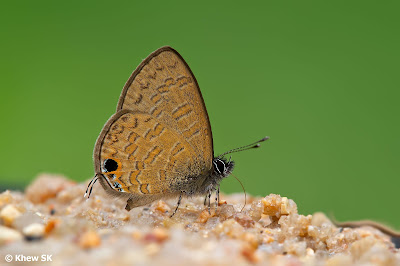 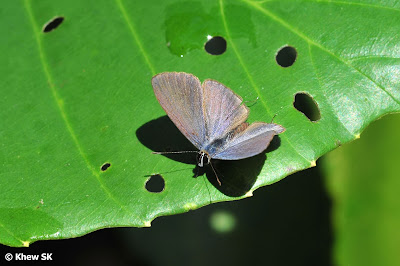 When stopped at rest, the species usually perches on the tops of leaves and twigs with their wings folded upright. At times during hot sunny days, male Common Line Blues are occasionally observed to sunbath with their wings almost fully open, to reveal their purplish-blue uppersides. 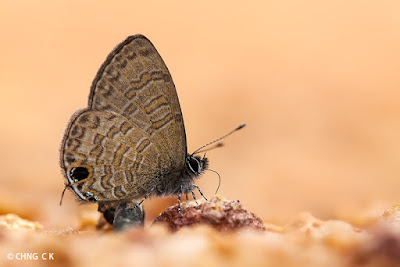 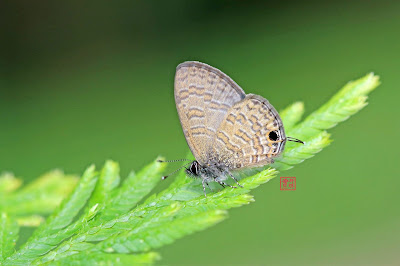