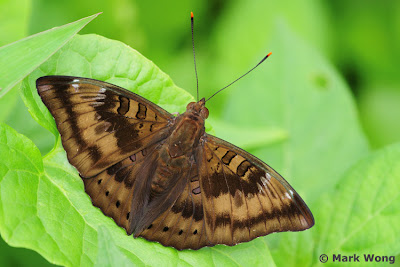 A typical male Baron sunbathes with its wings opened flat

The Baron (Euthalia aconthea gurda) is a relatively common butterfly in Singapore. It can be found in urban areas, as well as in forested areas and even at coastal parks. The preferred caterpillar host plant, the Mango (Mangifera indica) is cultivated in home gardens, as roadside trees, and can even be found at abandoned fruit orchards and nurseries at the fringes of our nature reserves. 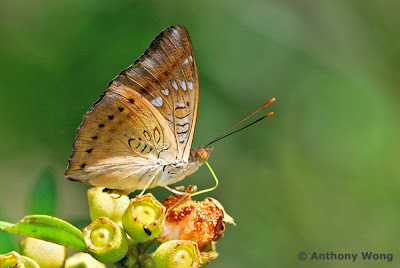 An underside shot of a male Baron. Note the five distinct postdiscal spots on the forewing

The species is quite widespread but is usually found close to the vicinity of its host plant (of which there are probably more than one host plant besides Mango). The butterfly is robust and skittish and has a powerful flight where it flaps and glides quickly amongst the foliage in parks and gardens. 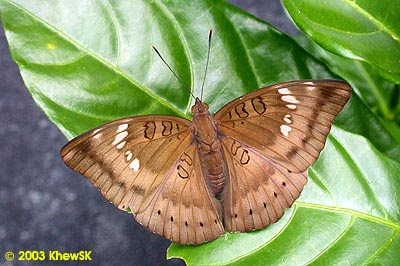 The wings of both sexes are dark brown with a broad but rather obscure post-discal band on both wings, the inner edge of this band is defined by a few white spots on the forewing. The female is paler in appearance and the post-discal white spots are larger than in the male. The underside is a paler brown with space 7 of the forewing whitened. 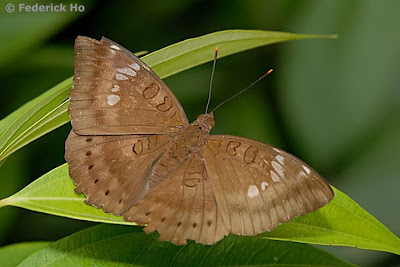 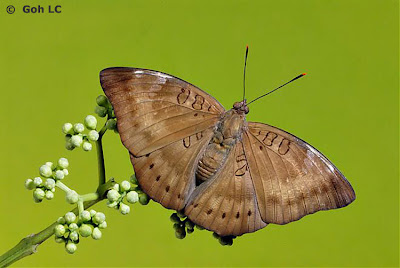 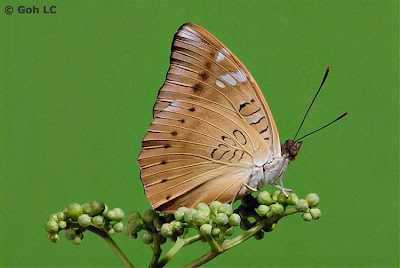 One of the variants of the female Baron, where the post-discal spots in spaces 2 and 3 are missing. On the upperside of this individual the spots in spaces 4-6 are sullied and almost obscure

Over the years, ButterflyCircle members have taken shots of the species in various locations where the characteristic white post-discal spots are either missing or of varying sizes. In the identification of butterflies, where even a single spot can suggest a totally different species this wide variability in the Baron, particularly in the females, is most intriguing. 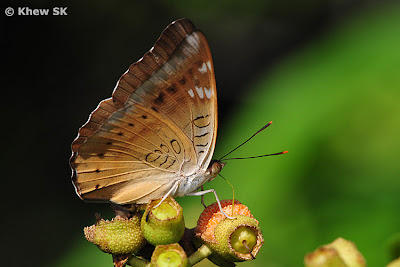 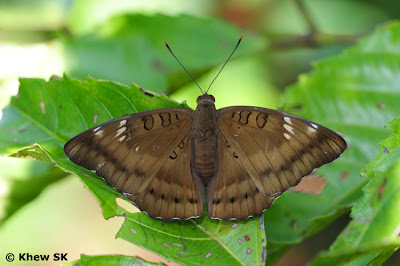 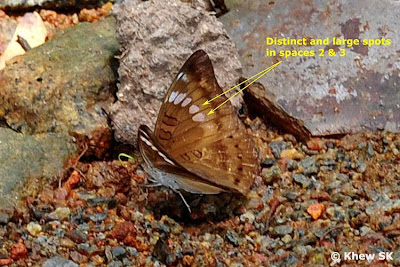 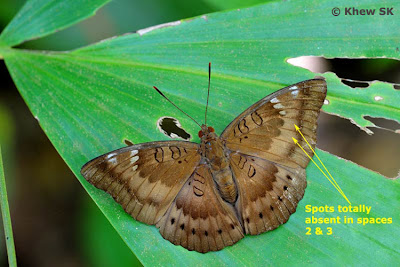 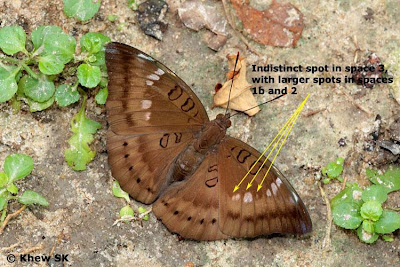 A rather unique individual of the female Baron where the post-discal spot in space 3 is very small and almost obscure, whilst there is an additional spot in space 1b of the forewing! Also note that the spot in space 2 is larger than those in spaces 4-6.
Whilst the differences in the post-discal spots in the female Baron suggests that the species is highly variable in these physical characteristics, further field observations have indicated that they are not of a different species.