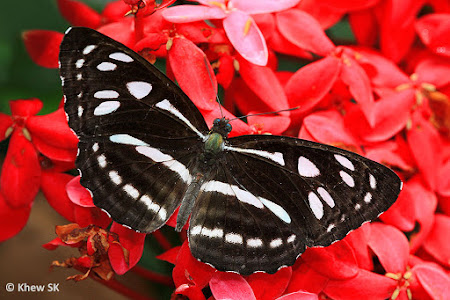 
Amongst the black-and-white striped butterflies of the sub-family Limetidinidae, we showcased the Sergeant (or Athyma species) in an earlier blog article. This weekend, we take a look at another group of butterflies featuring a similar striped look. Of these species, 3 are from the genus Neptis and one from the genus Phaedyma that have a 'zebra-striped' appearance. Collectively referred to as "Sailors", currently only 4 of these Sailor butterflies are extant in Singapore. 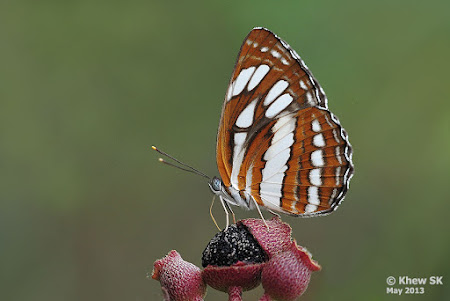 
These Sailors (also referred to as Sailers in some references), fly more gracefully than their cousins, the Sergeants (that, by the way, also "sail" as they fly, albeit more rapidly). These Sailors tend to use the typical flap-glide-flap flight characteristic. They are, however, rather skittish and have a wide circle of fear that makes them hard to approach, unless they are distracted when feeding. 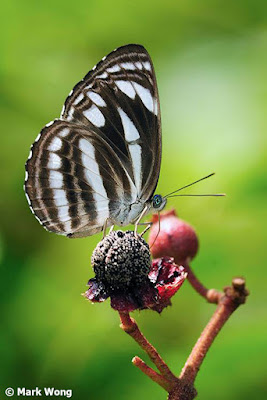 
Of the sailors found here in Singapore, three are black-and-white striped and the last one is dark brown-light brown striped and quite dissimilar to any other species found in Singapore. The sole brown-coloured sailor is also the least common of the four, preferring the forested habitats in the nature reserves. 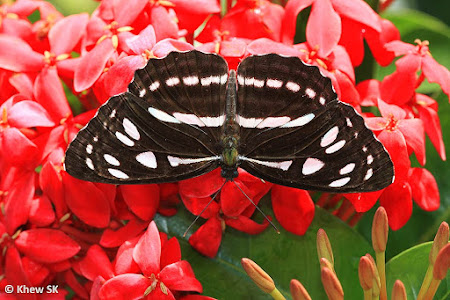 The first of the four Sailors to be featured is placed in a different genus from the other three species of Sailors. It is the only representative of its genus Phaedyma in the region. This black-and-white Sailor is considered common in Singapore, and is widely distributed, from the forested areas to urban Singapore in parks and gardens. 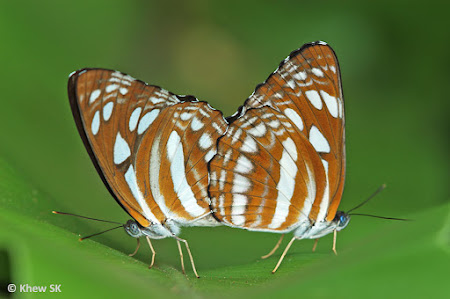 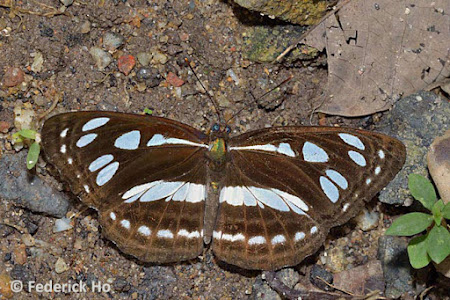 Sporting its graceful gliding flight, the Short Banded Sailor can often be observed flying at treetop level, stopping to sunbathe with its wings opened flat amongst the foliage amongst roadside shrubs and trees. It is skittish, and when alert, is hard to approach. 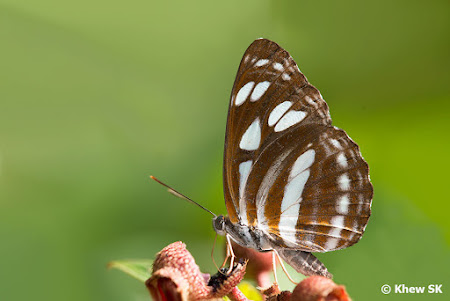 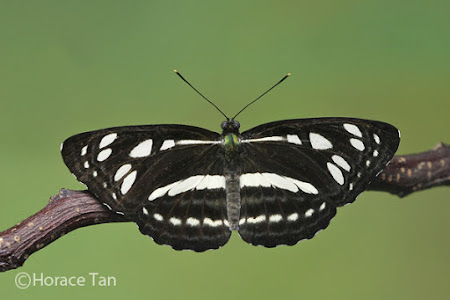 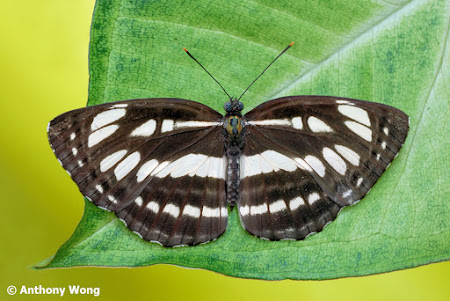 The Common Sailor is the first of three species of the Neptis genus that is extant in Singapore. It is relatively widespread in distribution, and can be found in urban parks and gardens as well at the fringes of the nature reserves. It is moderately common and can usually be observed flying singly amongst shrubbery, and resting with its wings opened flat. 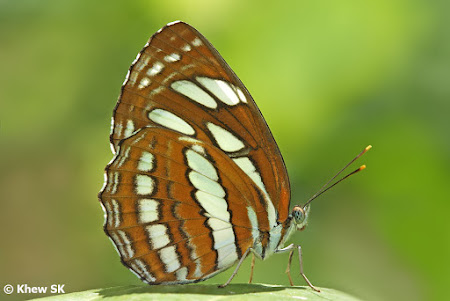 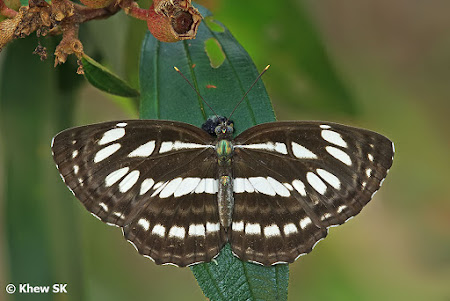 The upperside is black-and-white striped, with the discal stripe on the forewing with a subtle "break". The underside is a rich golden brown and on the underside, the white discal band is prominently outlined by black lines. 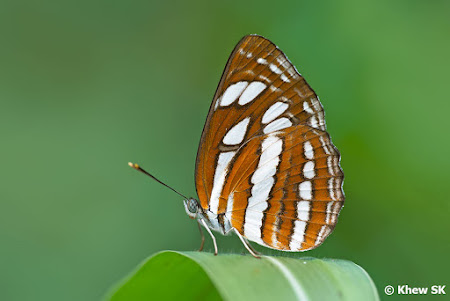 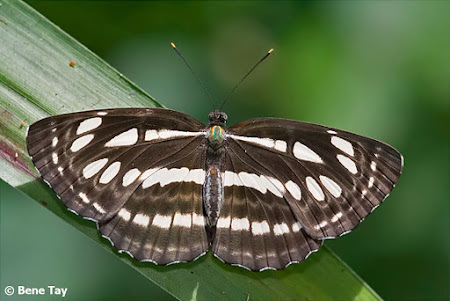 The diagnostic features of the Common Sailor to look out for, to distinguish it from the other two lookalikes black-and-white striped Sailors are :
The Burmese Sailor (Neptis leucoporos cresina) 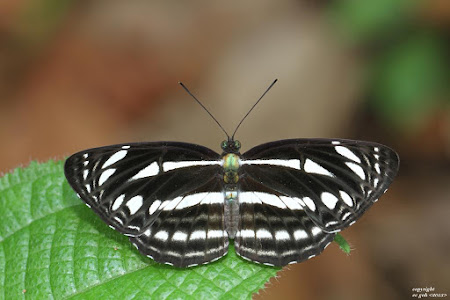 The Burmese Sailor (formerly called the Grey Sailor in the 1st edition of Butterflies of Singapore), is a predominantly forest-dependent species. It is relatively common in locations where its caterpillar host plant, Gironniera nervosa can be found. The species is rarely seen in urban areas. 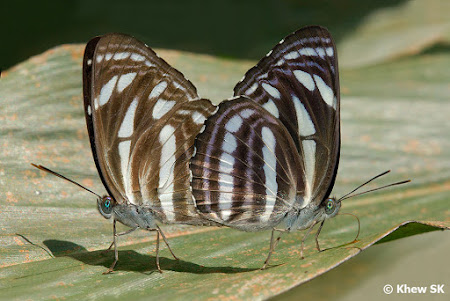 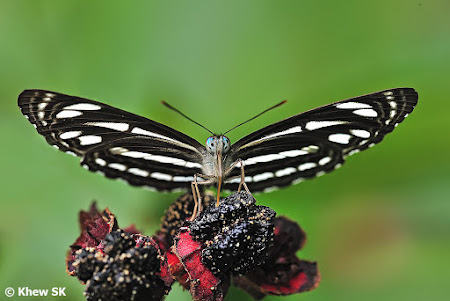 The Burmese Sailor sports the same black-and-white striped appearance like many of the other Sailor butterflies. On the underside, the base colour is greyish brown and is quite unlike any of the other Sailor species in Singapore. The Burmese Sailor's flap-glide-flap flight is typical of the genus and it is usually quite skittish and not easy to approach without spooking it away. 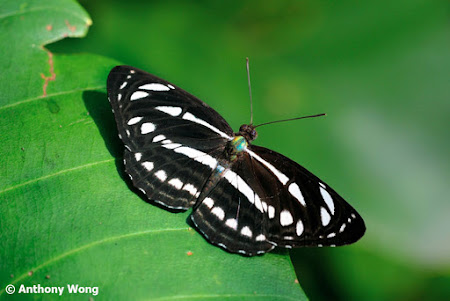 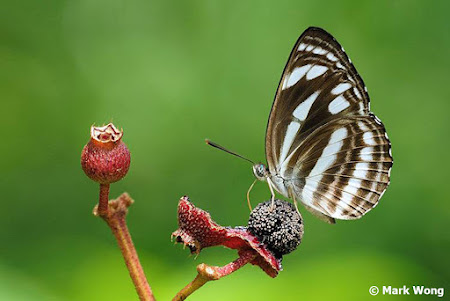 The diagnostic features of the Burmese Sailor that distinguishes it from the Short-Banded and Common Sailor are as follows :
The Chocolate Sailor (Neptis harita harita) 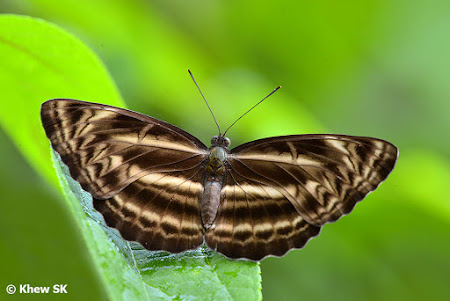 The last of the Sailor butterflies found in Singapore is distinctly different from the other species in that the black-and-white stripes are replaced with dark and light brown. Despite the similar striped appearance, the brown stripes are obvious enough that this species is unlikely to be confused with any of the other Sailor species in Singapore. 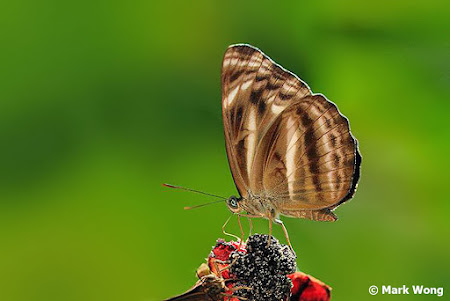 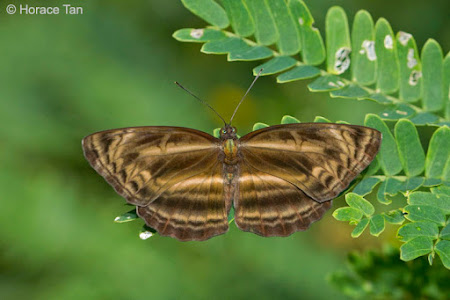 The Chocolate Sailor (also called Dingiest Sailer in some books) is rare and is usually found in the forested areas within the nature reserves of Singapore. It was recorded as a new discovery for Singapore when it was first spotted in the early 1990's in the Mandai area. The butterfly is dark brown with lighter brown stripes across both wings. The distinctive crescent-shaped post-discal spot in space 3 of the forewing sets it apart from the other brown Sailor species that are found in Malaysia. 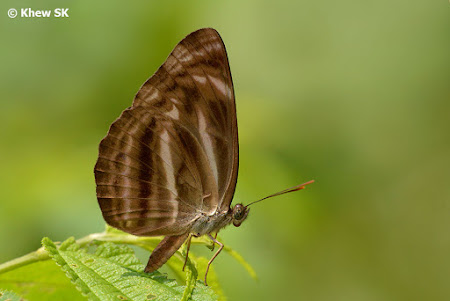 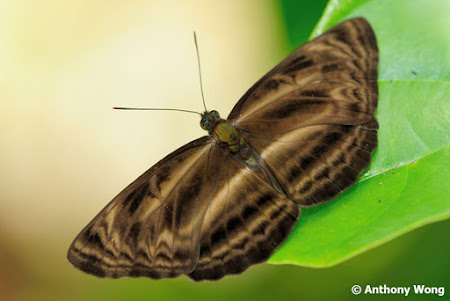 The diagnostic features of the Chocolate Sailor are :
There is a total of 15 other Neptis species that can be found in Malaysia, and it is quite possible that one or two of these lookalike species may appear in Singapore in the future. With these basic identification tips on the four that are found here, do look out for any future discoveries that may appear on this little island one day! 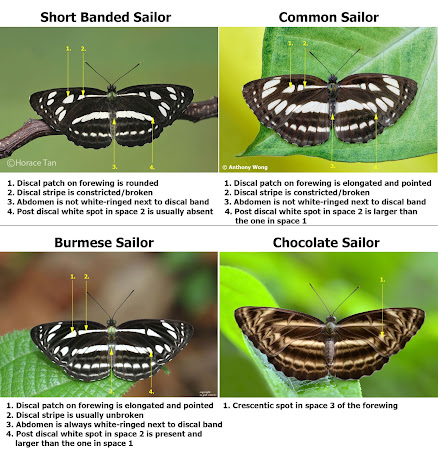 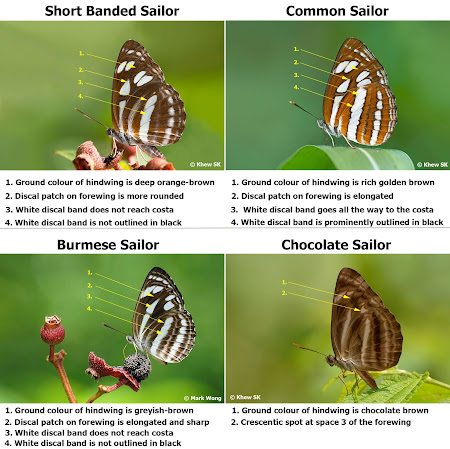