Revision to the Common Names of Butterflies 7

A Revision to the Common Names of Butterflies
Part 7 : An Analysis and Discussion of Name Changes 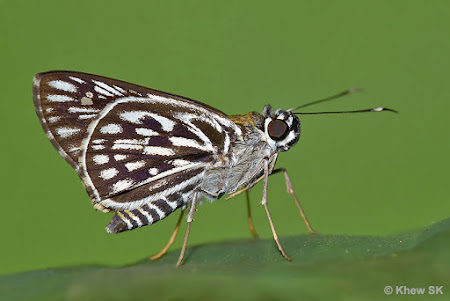 What am I?  Silver Spotted Lancer or Chequered Lancer?


This is the final part of this series, where we continue our discussion on some recent name changes/updates in the book, Butterflies of Peninsular Malaysia, Singapore and Thailand by Dr Laurence Kirton. It is noted that many of the name "updates" were common names that reverted to the original common names found in Evans' "The Identification of Indian Butterflies" published by the Bombay Natural History Society in 1927. Back then, this reference was probably the most comprehensive work available in the butterfly world. 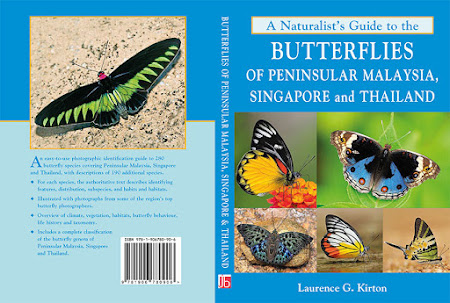 Dr Kirton's 2014 work. He proposed a number of common name changes in this book


Today, even scientific names have been updated and changed, with contemporary research, newly found information and technological advancements in taxonomic work. Some species that were not described yet in 1927 are constantly added on, as scientists and taxonomists continue to discover new information that conclusively distinguishes a species new to science. 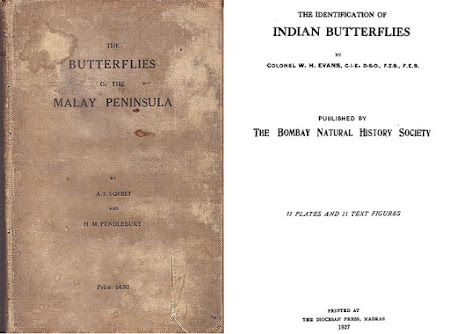 
Along the way, as more and more enthusiasts, hobbyists and citizen scientists produce more compelling evidence, more and more species/subspecies are added to checklists all around the world. At the same time, common names are coined in different countries - some new, some adaptations and permutations of species and subspecies names by hobbyists, amateur naturalists and butterfly watchers across the region. 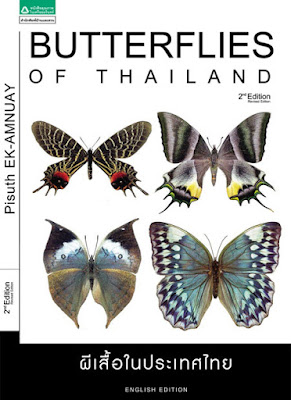 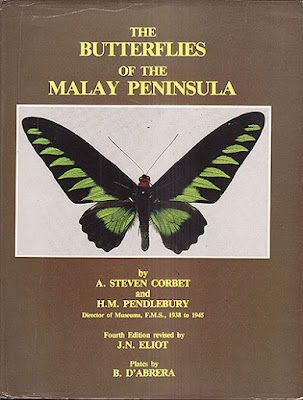 Butterflies of the Malay Peninsula by Corbet and Pendlebury 4th Edition, 1992


Fortunately, the scientific taxonomic domain is still "safe" for now, where the latin names used to described species - new or otherwise, are more stable across geographies. Common English names, however, continue to vary across the countries, where a species may have different common names in different countries, or two different species may share the same common name. 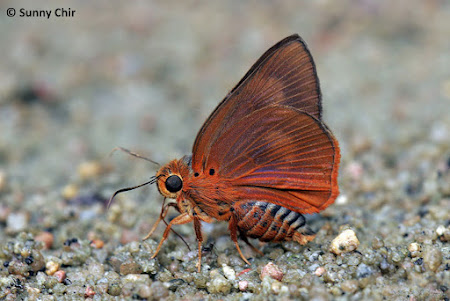 
In this last article discussing some of the changes in the Hesperiidae group, some thoughts about the names of particular species are shared and discussed. Let's start with the first genus, Burara (previously lumped under Hasora, and even further back, Ismene). The Orange Striped Awlet (formerly known as Ismene harisa harisa) back in Evans' time, is now called Burara harisa consobrina. 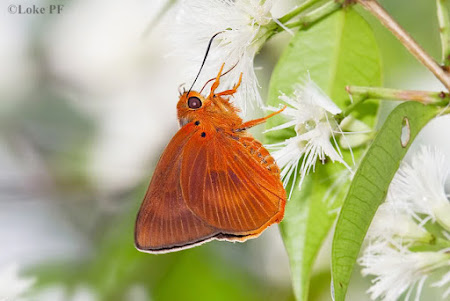 This is one species that has multiple confusion in its common names. This species is referred to as "Orange Awlet" in Malaysia (C&P1 through 4), India (BOI), Singapore (BOS1. BOS2) and Thailand (BOT2), with the Thai book naming it "Common Orange Awlet".  The original name Orange Striped Awlet by Evans has now been more regularly used for another species, Burara jaina, in Butterflies of India, Butterflies of Thailand and several other online websites. 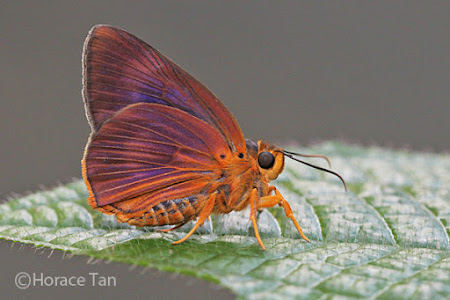 Excerpt from Butterflies of the Malay Peninsula by Corbet and Pendlebury, 1st Edition, 1934

Recommendation : Burara harisa should be named Orange Awlet and the original name by Evans, Striped Orange Awlet be reserved for the species Burara jaina. 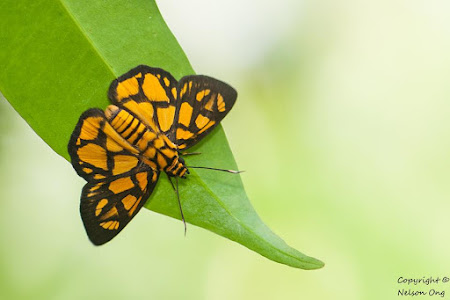 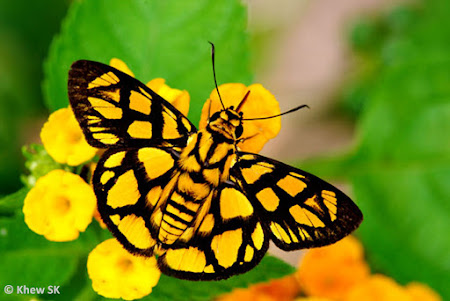 Many Indian references used Evans' name for this species - Polygon Flat. This is where there may be some confusion with regard to the name of this species. A quick search on Google and other search engines did not turn up many sites referring to this species as "Polygon Flat". Whilst the jury may be out on this butterfly's common name, at least 4 hardcopy references in Singapore and Thailand have already commonly used the name Hieroglyphic Flat for this species - perhaps a convenient association to its scientific name hieroglyphica. 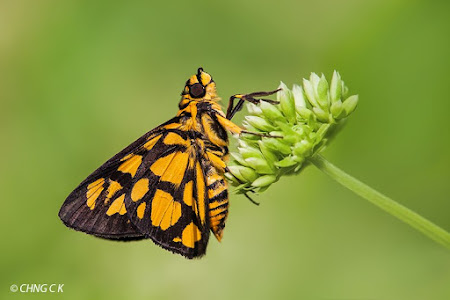 Recommendation : Whilst the original name Polygon Flat is still used in some literature for the species Odina hieroglyphica, it appears that the more commonly used name of Hieroglyphic Flat, particularly in Southeast Asian references, will carry on and may become the preferred common name for this species. 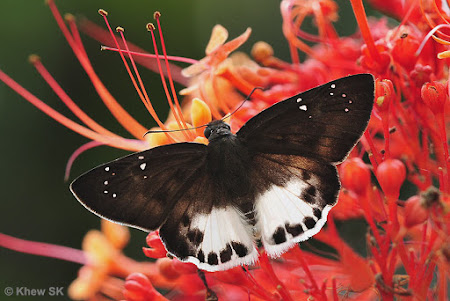 
The next "flat" to be renamed by Dr Kirton is Tagiades ultra. This species did not exist during Evans' era and hence there was no common name associated with it. Dr Kirton suggested the name "Burmese Snow Flat" for this species. A name search online does not turn up any other references to this new name coined for this species. 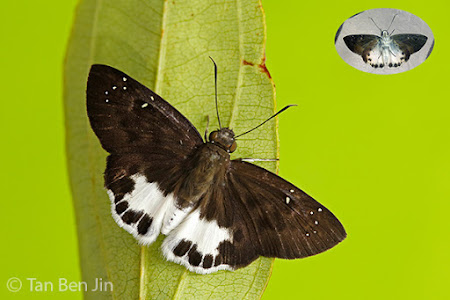 Southeast Asian and Indian references like BOT1, BOT2, BOS1, BOS2 and Paul van Gasse's checklist consistently refer to the species Tagiades ultra as the "Ultra Snow Flat". Here again, the association with the species' scientific name ultra probably gave some logic to its eventual English common name. For a species which has no prior reference back in 1927, it is not likely that "Burmese Snow Flat" in a single publication will take priority over Ultra Snow Flat. 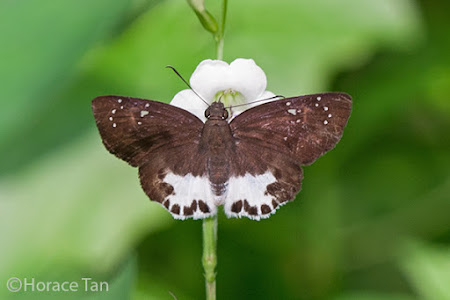 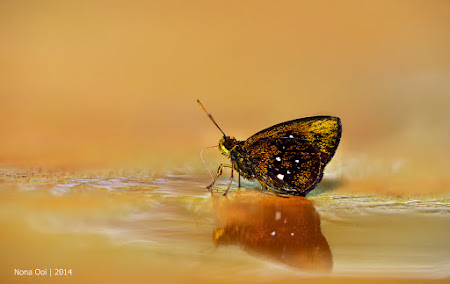 Am I a Starry Bob?


The next species, Iambrix stellifer was referred to as the Malay Chestnut Bob in Evans and Paul van Gasse's checklist for the Indian region. Pisuth (BOT1, BOT2) also refers to the same species as Malay Chestnut Bob, probably taking reference from the Indian literature. Dr Kirton uses the name Malayan Chestnut Bob, consistent with his stand that butterflies should not be named after an ethnic group. 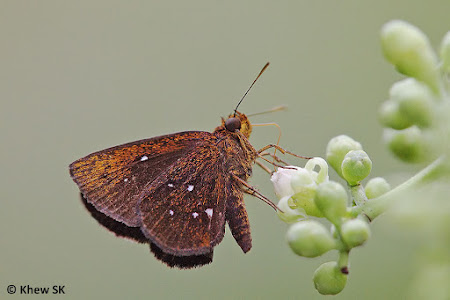 Thus far, only the Singapore butterfly enthusiasts use the name "Starry Bob" for this species. The background of the name is unclear, and I cannot recall how this name came to be associated with this species. Hence the original name of Malay Chestnut Bob should be retained for the species Iambrix stellifer since the majority of published literature and web resources refer to it as such. 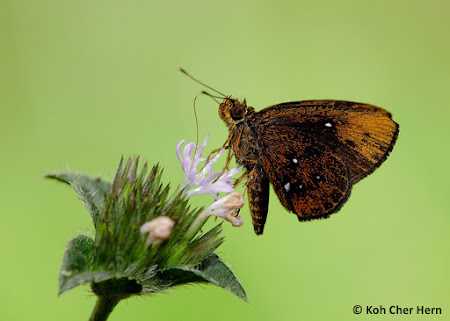 Recommendation : The species Iambrix stellifer should revert to its original common name Malay Chestnut Bob to keep in synch with the name used in the Indian and Southeast Asian references. The regular usage of Starry Bob may continue for some time to come, although this species is not common and would limit usage in general. 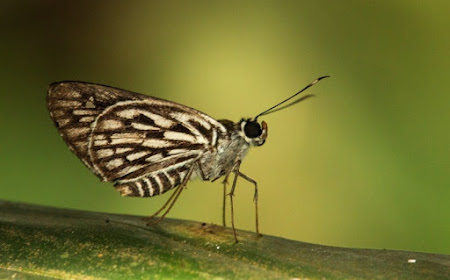 The genus Plastingia is represented by two species - naga and pellonia in the region. Again, there does not appear to be any consensus on the English common name across the various published literature. Evans refers to P. naga as the Silver Spotted Lancer, a name which Dr Kirton reverted to. Indian references use the same name. In Thailand, it is Silver Spot Lancer. In Singapore, it is referred to as Chequered Lancer. 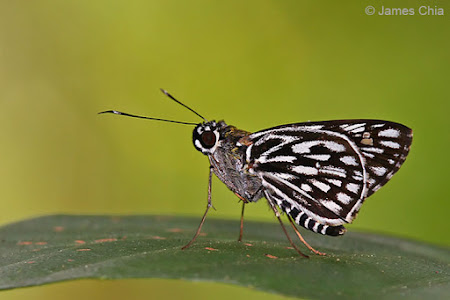 The other species has an even wider variety in its common name. It is called Straw Spotted Lancer by Evans (in his time, the species was known as tessellata with pellonia as a synonym). Most Indian references and the Thai reference calls it the Yellow Lancer. Dr Kirton calls it the Saffron-spotted Lancer. A recent Indian publication by Isaac Kehimkar refers to it as the Yellow Chequered Lancer, the same name that it is called in Singapore. 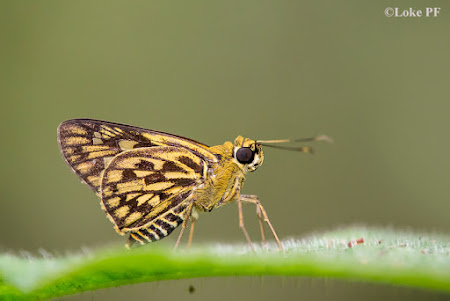 
And there you have it, four different common names for a single species! Whilst there is unlikely to be any consensus on the names across different countries, the preferred name will probably be a result of regular usage in cyberspace, moving forward. There is probably no "right" name this point in time. 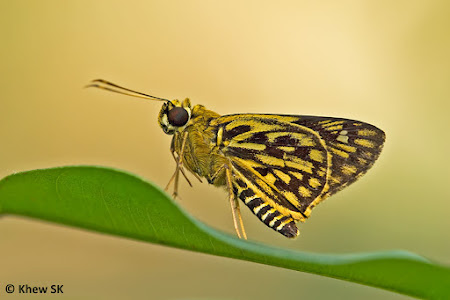 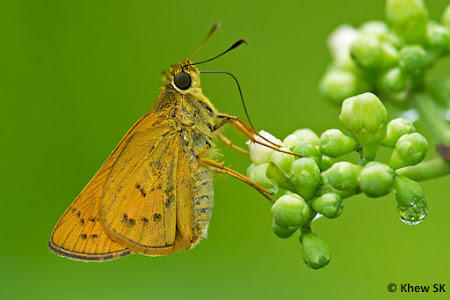 Should I be called Besta Palm Dart or Chinese Palm Dart?


At this juncture, I will conclude this series of discussions, even as we strive to rationalise some of the English common names across different geographies. Whilst the experts will advocate the use of scientific names to avoid any confusion, it is unlikely that amateurs and hobbyists will, anytime soon, use solely taxonomic names. The use of common names will probably encourage hobbyists and amateurs to pick up butterfly watching and then progress to the more accurate scientific names in due course. 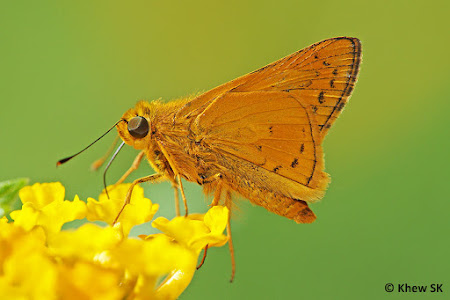 
There are more species that have different common names across different references, depending on the origin of the country/author. And the discussion is limited to English common names only. If we include Chinese, Thai or Indian common names, the subject becomes even more complex! 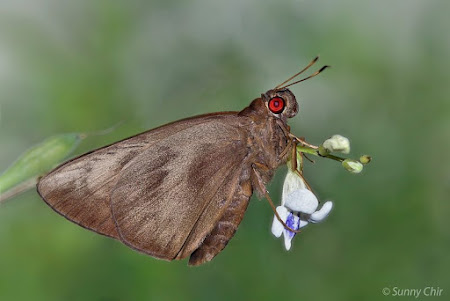 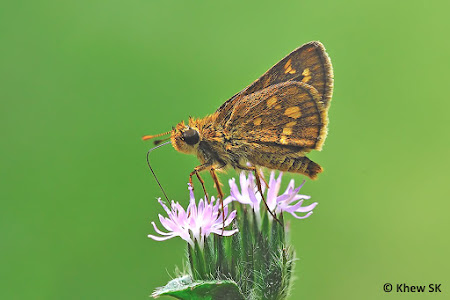 And so I end this series of discussions that was prompted by the book "Butterflies of Peninsular Malaysia, Singapore and Thailand" published by Dr Kirton, and for which several name changes were made in the book that were different from those in common use. The debate will continue, and it is unlikely that there will be any resolution. So let us continue to enjoy our winged jewels in harmony, irrespective of the common names that we are familiar with, in our respective countries.