Butterfly of the Month - December 2016 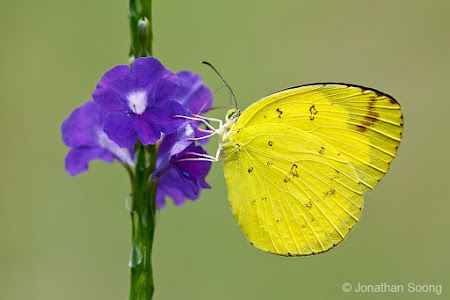 It is the final month of 2016 already! The year has sped past and it has been an interesting year of disruptions and unexpected outcomes for many countries around the world. The year started with pessimistic forecasts of a global economic gloom. China took the first hit in January when its stock markets tanked. The outlook for the rest of the year continued to haunt many countries as there was little to cheer about as far as economic growth was concerned. 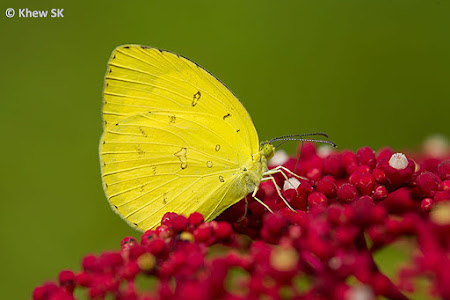 The Lunar Year of the (Fire) Monkey proved to be as highly unpredictable and impetuous as our little primate friend. It was a year when religious terrorism reared its ugly head yet again, as countless innocent lives were lost in mindless attacks on civilian targets. The Fire Monkey also breathed unprecedented temperatures into our climate, making July and Aug 2016 the hottest month in recorded history! 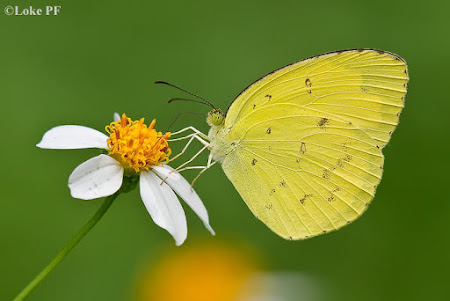 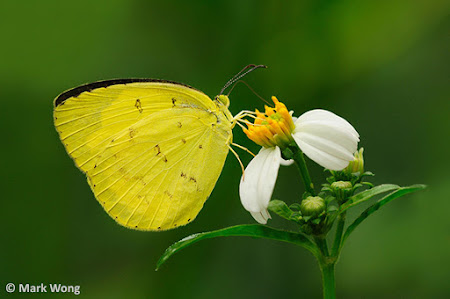 Then they said that Britain would never leave the European Union. A referendum put paid to that belief when the voting leaned in favour of "Brexit". Unpredictable, unbelievable and shocking, as the British come to terms with what they had decided, and to accept the consequences of their decision. And the world pondered on the impact of Brexit (when it happens) on the global economy. Already the Sterling has suffered a pounding on the forex market. 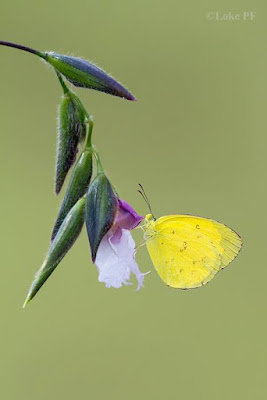 The 2016 Summer Olympics was particularly significant for our little red dot, in that a "Singapore son" finally brought home our first Olympic gold medal when Joseph Schooling won his 100m Butterfly swimming event. And not to forget the medals won by our Paralympians too. 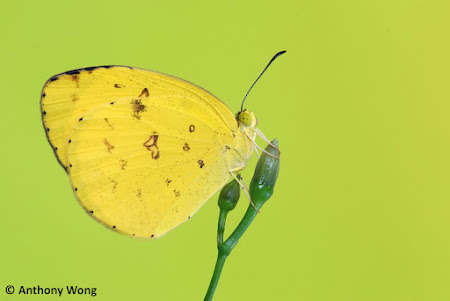 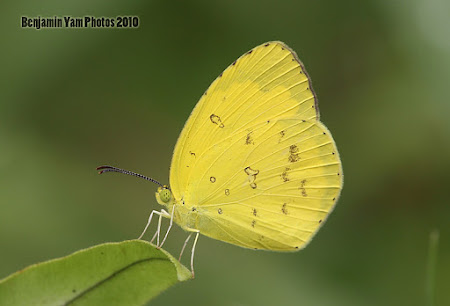 And the US Elections happened. It seemed impossible for Republican candidate Donald Trump to win the elections. Most of the polls predicted a Clinton win. The signs pointed to a Clinton win. But the impossible happened. In a couple of months' time, the 45th President of the United States of America will be Donald Trump. This is one of the biggest disruptive and unexpected event this year. What will America be like for the next 4 years? What will it mean for the rest of the world? 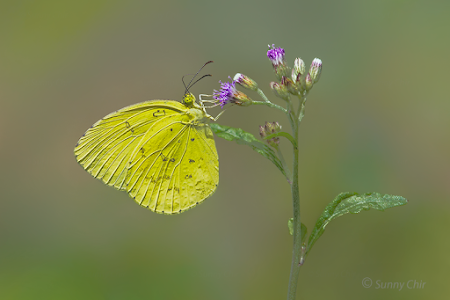 Someone described these disruptive events as a 'new world order'. A world that respects law and order is making way for an era of warlords? Is the world going to be ruled by those who have the most financial muscle? Or those who possess the most firepower or biggest arsenal? It will certainly be an interesting 2017 to look forward to... 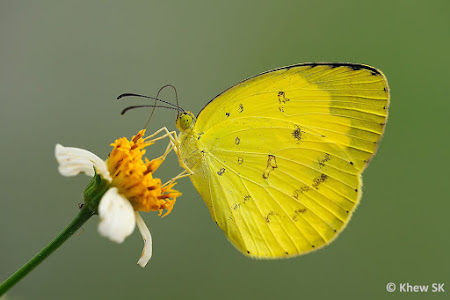 As we end this tumultuous year, let us allow a cheery bright yellow butterfly to lift our spirits and create some optimism for everyone. Our Butterfly of the Month is the ubiquitous and commonly seen Common Grass Yellow (Eurema hecabe contubernalis). Probably the most abundant and common butterfly in Singapore, this conspicuously yellow butterfly is well distributed across Singapore - even in the heart of the city in our Central Business District! 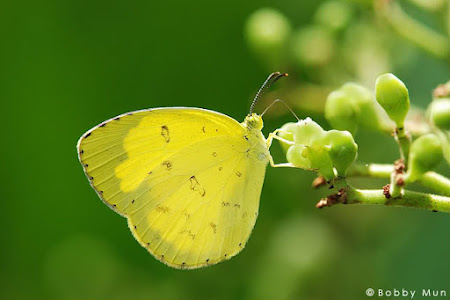 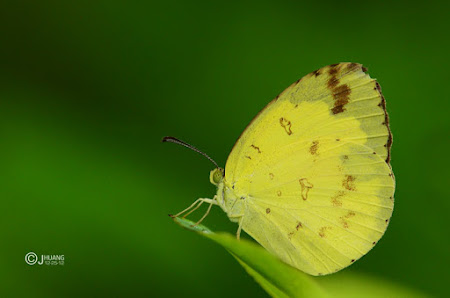 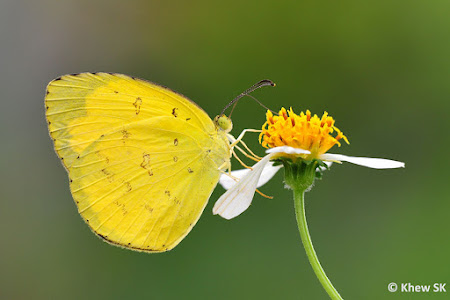 The characteristic two cell spots on the underside of the forewing distinguishes this species from the several lookalike species that are also found in Singapore. However, these distinguishing characteristics can sometimes be variable and there are some individuals with only one cell spot, or where the cell spots are missing. 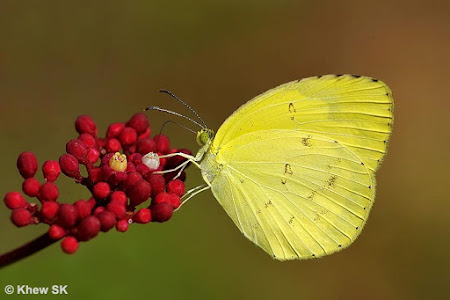 The Common Grass Yellow can often be observed feeding at various flowering plants in urban parks and gardens as well as the fringes of the nature reserves. They can sometimes be abundant where more than 20 individuals can be seen flying together - occasionally making a hazardous flight across major roads or expressways. 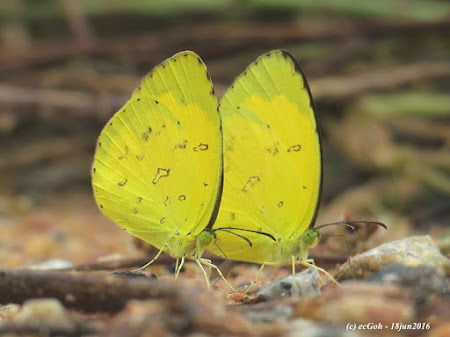 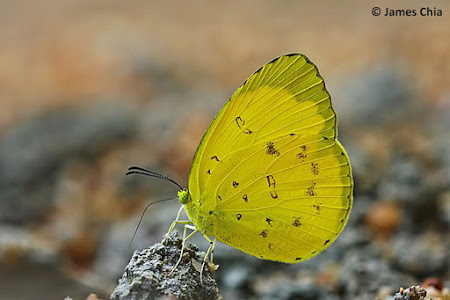 Males of the species can sometimes be observed puddling at damp sandbanks and muddy footpaths in the company of other Papilionidae and Pieridae butterflies. They can also be partial to human perspiration and if conditions are ideal they will even feed on a sweaty finger! 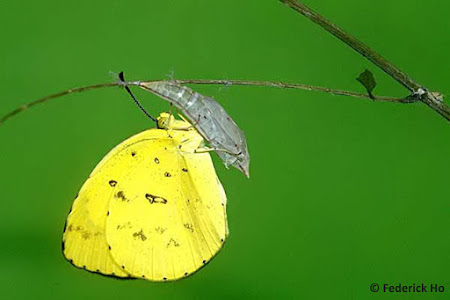 The caterpillars of the Common Grass Yellow feed on a variety of Leguminosae. Some examples are Caesalpinia pulcherrima (Peacock Flower), Cratoxylum cochinchinense (Yellow Cow Wood), Cratoxylum formosum (Pink Mempat), Pithecellobium duice (Madras Thorn), Falcataria moluccana (Albizia), and some Senna spp. This diversity in host plants may explain why this species is so common. 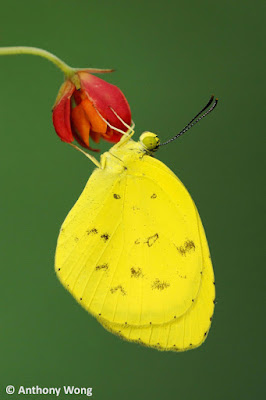 And so we look forward, optimistically, to a new year ahead in 2017, and hope that the world will continue to be a peaceful place to live in!