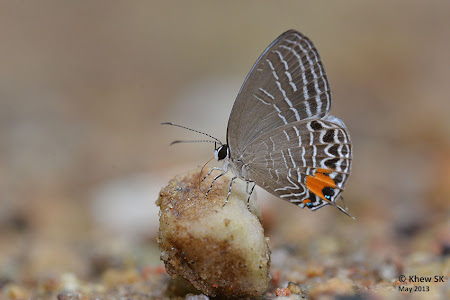 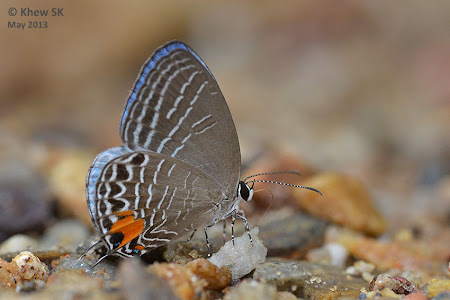 The Burmese Caerulean has distinctive black wedge-shaped submarginal spots on the underside of the hindwing and sets it apart from the other lookalike species of the Jamides genus. The upperside is a pretty light sky blue. It has a filamentous white-tipped tail at vein 2 of the hindwing. 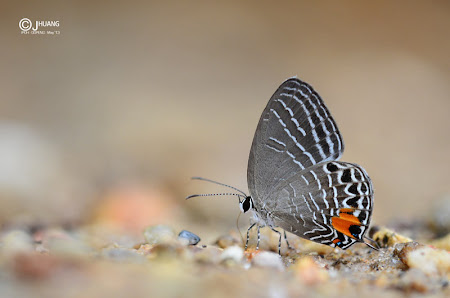 These shots, taken this year in Malaysia, show the Burmese Caerulean puddling at a sandy streambank. It would be awesome to see this species again in Singapore. Will it be back here again one day? Or will it remain only in our memories and is gone forever from Singapore?
Posted by Commander at 8:00 AM 0 comments