Butterfly of the Month - November 2016 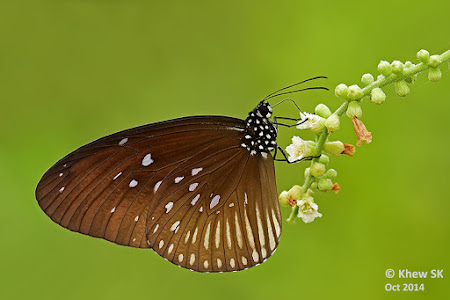 
All too soon, we are now in the 2nd last month of 2016. It has been an eventful year indeed, and no one can doubt that. The number of disruptive incidents internationally, from China to the US; Britain to the Philippines, took the world by storm, as each bit of news ended up with a conclusion that often defies the norm. One wonders at the frenetic pace of change that our world is facing. Is stability no longer the watch word? 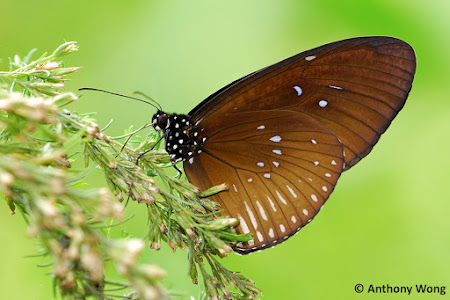 
Not many believed that Britain would leave the European Union in June this year, when the country voted on the referendum. But it did. No one could believe that the Philippines would start to turn its back on the US - its long-time ally since World War II. But it did. Few believed that Republican candidate Donald Trump would become the 45th President of the United States of America. But he did. 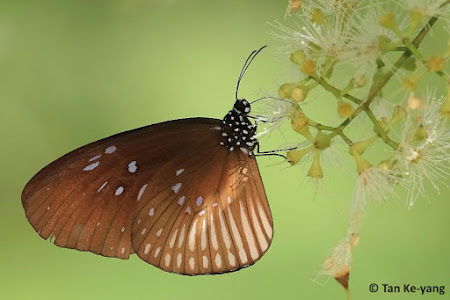 Indeed a year of unprecedented disruptive events. Defying expectations and norms. Is the world looking for drastic changes and thirsting for a new norm? Even news on extremists and terrorism had to take backstage to the strange tumultuous events that unfold in the democratic world. Will autocratic and authoritative leadership styles come back in fashion? 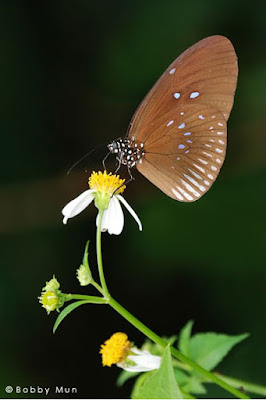 And if we thought that "cash is king" in today's world, Indian Prime Minister Narendra Modi just put that notion to rest. If you were holding 500 and 1,000 Indian rupee notes, they have become worthless overnight! Modi had announced the bank notes would be withdrawn from the financial system overnight in an effort to crack down on corruption and illegal cash holdings. And for overseas holders of such notes, you will have to make your way to banks in India to exchange them for the new notes. 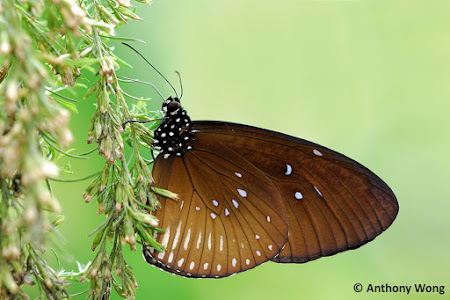 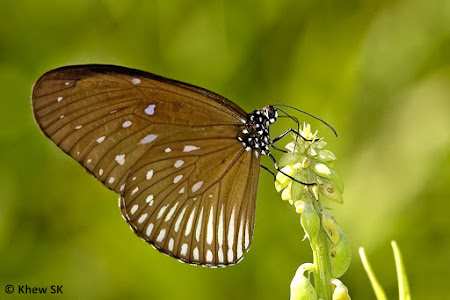 Back to our Butterfly of the Month for November 2016, we feature one of the drab-coloured "Crow" butterflies, the Striped Black Crow (Euploea eyndhovii gardineri). If we take a look at the recommended English common name for this species, it should be referred to as the Lesser Striped Black Crow, as there is a larger species, Euploea doubledayi evalida that flies in Malaysia and Thailand, laying claim to the name Striped Black Crow. 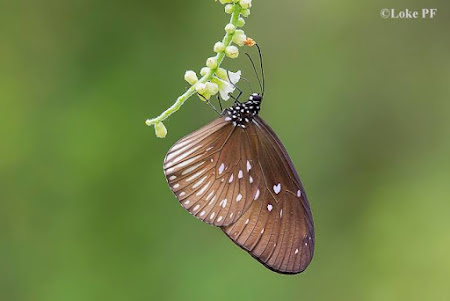 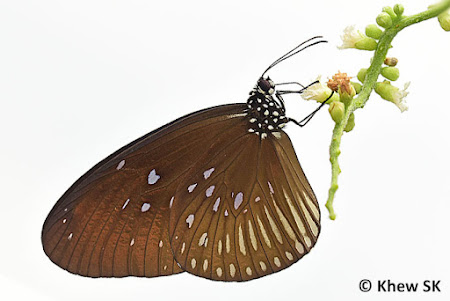 The Striped Black Crow (Euploea eyndhovii gardineri) can be considered rare and when observed, usually seen singly, mostly feeding at flowering plants. At times, it can be seen flying at tree top level in the nature reserves and forested areas. It flies with a slow gliding and unhurried flight, unless alarmed. 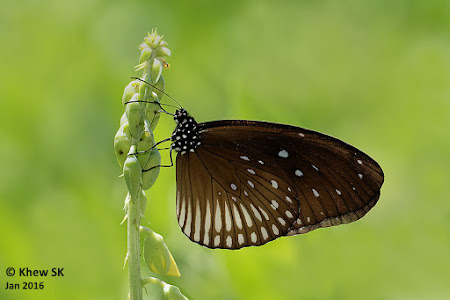 The Striped Black Crow has velvety dark brown wings on the upperside, with the forewing usually unmarked. The hindwing has a series of white submarginal spots and a corresponding row of white submarginal streaks. The underside is lighter brown and has a series of spots at the discal area of both wings, besides the stripes on the hindwing, of which its common name aptly describes the species. 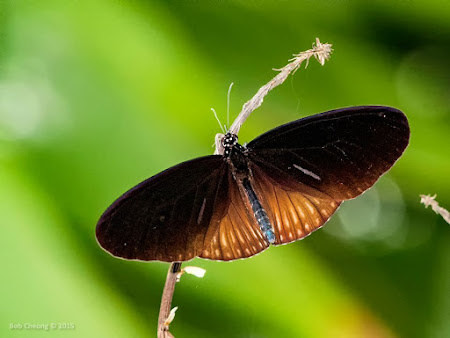 A male Striped Black Crow showing its upperside. Note the curved dorsum of the forewing and the dark brand

The dorsum of the forewing is curved in the male but straight in the paler female. The males have a dark brand on the forewing. The thorax is spotted with white in the usual Danainae fashion, and like all Nymphalidae, only four legs are fully developed and used for walking and holding on to perches. 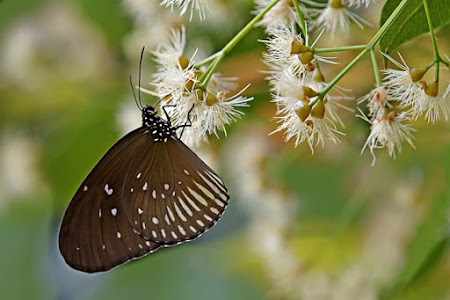 If handled, the male Striped Black Crow extrudes a pair of yellow hair pencils. These hair pencils are pheromone-signalling structures often present in male Danainae butterflies. Males Danainaes use hair-pencils in courtship behaviours with females. The pheromones excreted by the hair-pencils serve as both aphrodisiacs and tranquilizers to females as well as repellents to conspecific males. 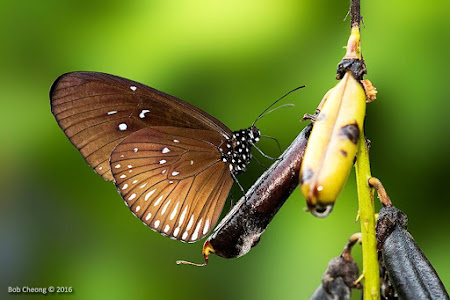 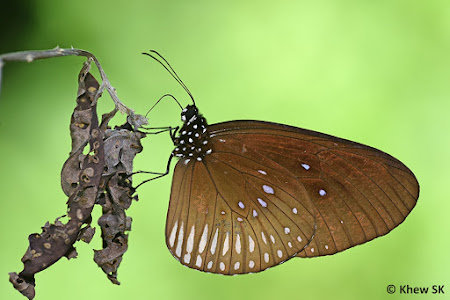 The Rattleweed bush is a good attractant for this species as it likes to feed on the dead leaves, stems, flowers and seed pods of this bush

The Striped Black Crow can be found in the forested nature reserves of Singapore, often appearing when there are flowering Syzygium trees along the forest fringes. It is most regularly seen on the offshore island of Pulau Ubin, coming down to feed on the flowers of shrubs like the String Bush and Bandicoot Berry. It is attracted to the dried leaves and seed pods of the Rattleweed like many species of Danainae. 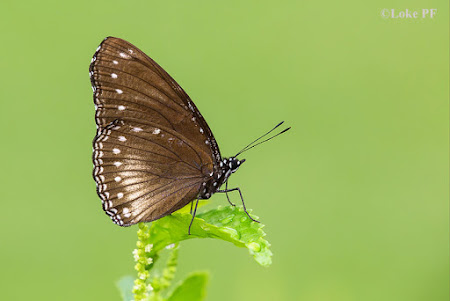 Posted by Commander at 9:40 PM 0 comments