Revision to the Common Names of Butterflies 5

A Revision to the Common Names of Butterflies
Part 5 : An Analysis of Name Changes 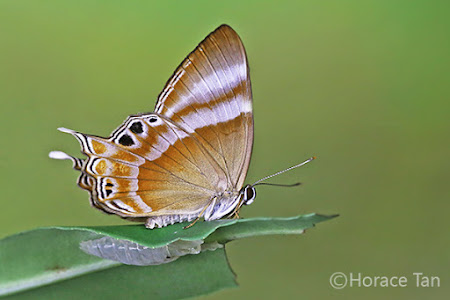 In this fifth part of the series where we discuss the Common Names of Butterflies in the region, we continue our discussion to one species from the Riodinidae family and the species of the Lycaenidae family. In Part 2, Part 3 and Part 4, we framed the background of the naming convention of the English Common Names of butterflies, and also some of the changes in the book by Dr Laurence Kirton. 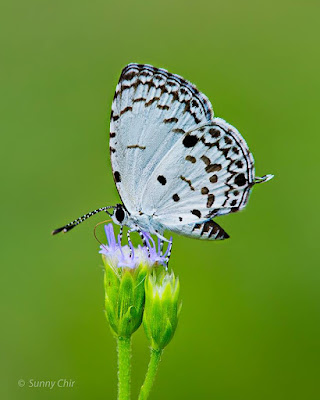 We also indicated the references of available published work, from which we researched into the Common English names of butterflies. However, in recent years, the usage and acceptance of these common names appear to be largely driven by regular usage by hobbyists and butterfly enthusiasts - particularly on social media and cyberspace. Once a name is coined, and used by the larger community on the internet, there is a high chance that the name becomes adopted quickly, especially if the names are repeated by frequent usage on blogs, photo repositories, social media and websites. 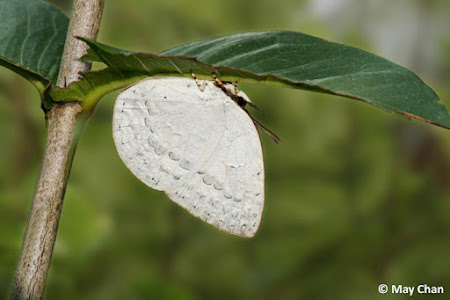 Unlike the taxonomic names, which fall in the domain of researchers and experts who pen scientific papers, common names are often coined by amateurs and hobbyists. Today, even some of the scientific names are being debated as new information becomes available, but often, there is no central body to moderate such changes and some new recommendations can take some time to gain acceptance - even amongst the experts. Butterflies' common names' acceptance is more of a result of frequent and regular usage and availability of books and references on the internet, rather than by any scientific means. 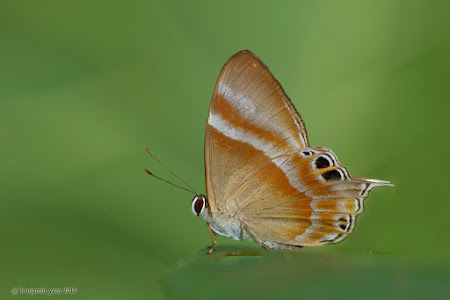 Continuing from where we left off in Part 4 of our discussions on common names, we consider the single species of contention in the Riodinidae family - Abisara savitri savitri. This species has been renamed to Malayan Tailed Judy. As rationalised in our earlier discussions on the common names that have been amended from "Malay" to "Malayan", we see no necessity for this change.

The name Malay Tailed Judy had been used since Evans' time (1927) and continued to be used by various authors of several butterfly books without exception. The sole book that shows the name as "Malayan Tailed Judy" is the one by Dr Kirton, and for all intents and purposes, completely outnumbered by all available literature on butterflies in the region.

We now move on to the Blues and Hairstreaks in the family Lycaenidae. This family is by far the largest family of butterflies in the Malaysian, Singaporean and Thai region. Many of the species are very similar looking, making it even more challenging to associate logical and justifiable common names for the butterflies. 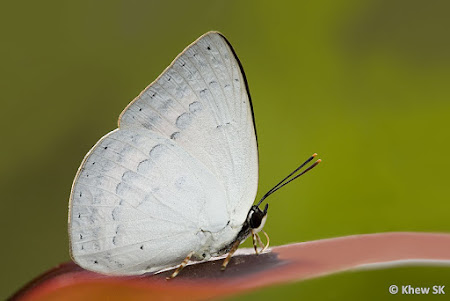 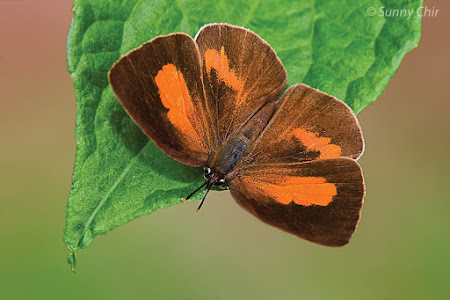 No other Malaysian reference has given a common name for the species Curetis saronis sumatrana other than Dr Kirton's book. The name Sumatran Sunbeam has appeared in at least four references in Singapore - Butterflies of Singapore 2010, Butterflies of Singapore 2nd Edition 2015, Caterpillars of Singapore's Butterflies 2012 and Singapore Biodiversity : An Encyclopedia of the Natural Environment and Sustainable Development 2011. Whilst there is probably no compelling reason to adopt any of the common names over the others, it is probably from common usage that the name Sumatran Sunbeam has gained a wider acceptance in the local scene.

The next subfamily under Polyommatinae, or the Blues, comprise a large group of mainly small and delicate butterflies of which many have blue uppersides. The first species that had its name changed in Dr Kirton's book, is Neopithecops zalmora zalmora to Inornate Blue. The original name found in most literature across the region, and all the way back to Evans' "The Identification of Indian Butterflies" (1927), is The Quaker. 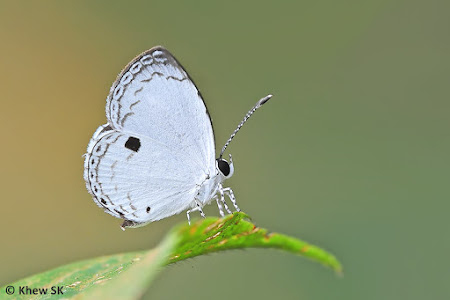 It is not clearly understood why Dr Kirton amended the name of this species, but it is probably classified under "Where the original name is socially unacceptable / derogatory". A search on the Internet indeed turned out some information that pointed to Quaker as being derogatory in some societies. However, the tenuous link to anything socially unacceptable or derogatory is probably in some obscure circles that is totally irrelevant today. 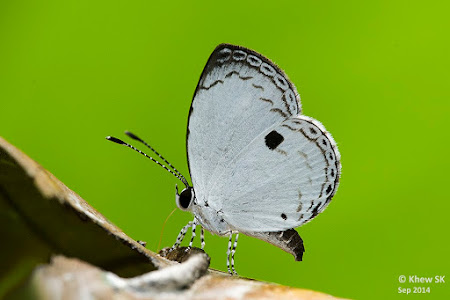 Even in commercial products, where I previously used the example in Darkie toothpaste being changed to Darlie toothpaste to avoid the minefield of associations to a derogatory or racist word, there are no such changes. Today, we still eat Quaker Oats. The company has a website, and products on the market still carry the word Quaker. I am not aware of any society or group that violently objects to the word "Quaker" in the modern world. Hence I do not believe that there is any issue with the continued use of the name Quaker for the species Neopithecops zalmora zalmora.

The next species of discussion is Megisba malaya sikkima. In Evans' book, the name The Malayan was coined for this species. Thus far, all the publications that I have come across, have retained that common name for this species. The only book that has altered its name to "Malayan Pied Blue" is Butterflies of Peninsular Malaysia, Singapore and Thailand. 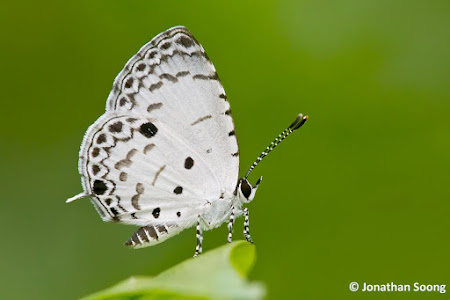 Whilst Dr Kirton may have a good reason for changing the name of this species by adding "Pied Blue" to the common name, it is unlikely that the rest of the amateurs and enthusiasts in the butterfly world would agree with him. Hence the name "Malayan", through legacy usage and frequent reference in cyberspace, would continue to be the primary name for this species from India to Southeast Asia and Hong Kong. 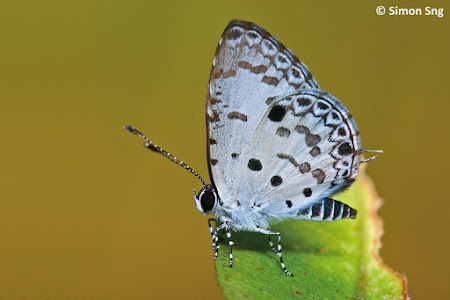 Posted by Commander at 9:44 AM 0 comments