Butterfly of the Month - October 2022 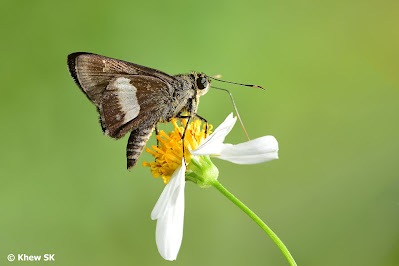 A Dark Banded Ace feeding on the flower of the Spanish Needle (Bidens alba)
October 2022 has come and almost gone. Another month has slipped past and the world chugs on. It has been a rather wet year, driven largely by the La Niña weather effect, where a drop in sea surface temperatures create low pressure areas causing heavy storms and heavier rains. There is a strong correlation between the strength of La Niña and rainfall - the greater the sea surface temperature and Southern Oscillation difference from normal, the larger the rainfall change. 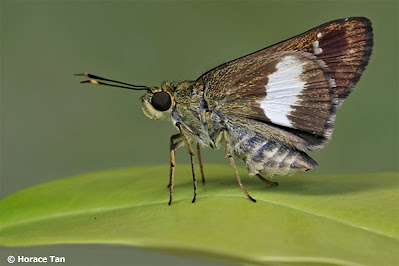 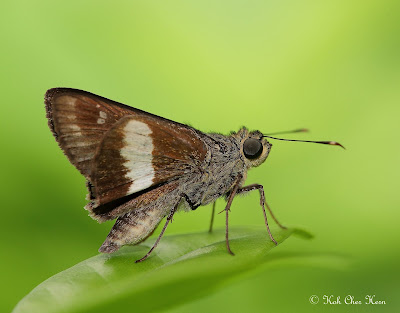 And so it has been for the southeast asian region where wetter months have been the norm. The negative effects of climate change have been more pronounced in recent years where the built environment that has been effective in mitigating adverse weather in the past have come under strain. Drains that have served well in the past are now in critical need of widening and upgrading to take on the abnormal and intense rainfall not previously experienced. 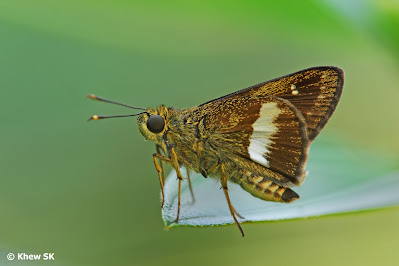 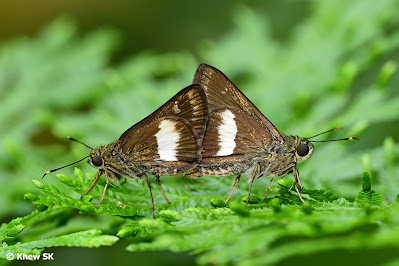 A mating pair of Dark Banded Ace
Sea level rises have been modelled and predicted by scientists and engineers. It is not a matter of when, but by how much. Governments are painfully aware of the potential damage of just a few centimeters of sea level rise per annum and the cost of damage to infrastructure in the future. Singapore has embarked on studies towards solutions for the coastal protection of our tiny island-state and this forward planning will benefit future generations. 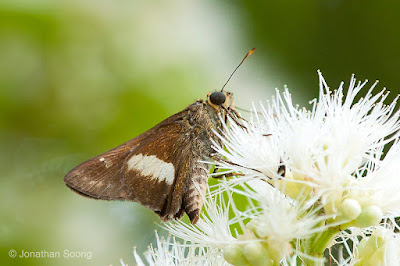 A Dark Banded Ace feeding on the flower of Syzygium zeylanicum 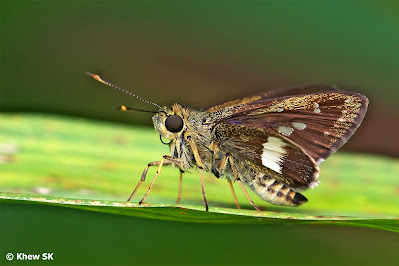 2022 will also be remembered as an economically watershed year in Singapore as home prices and rentals soar in tandem with bank interest rates that have not been seen in the past 3 decades. However, the strengthening of the Singapore dollar makes it cheaper to satisfy Singaporeans' retail therapy appetites and also enjoy holidays abroad. 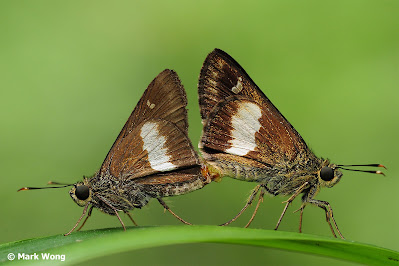 We feature another skipper as our Butterfly of the Month for October 2022 - The Dark Banded Ace (Halpe ormenes vilasina). This species belongs to the genus Halpe which comprises no fewer than 16 very similar-looking species in Malaysia and Singapore. It was the only representative of the genus in Singapore until 2022 when another species - Halpe porus (Moore's Ace) was spotted and recorded as a new discovery for Singapore. 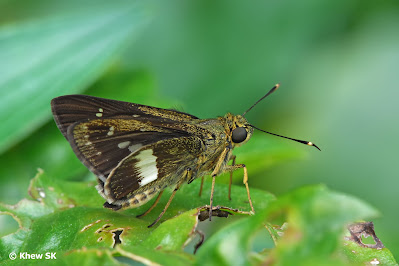 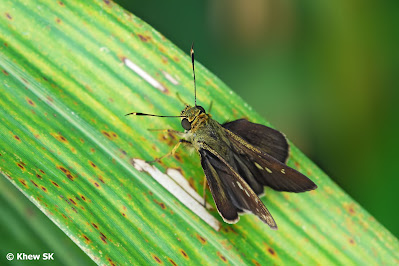 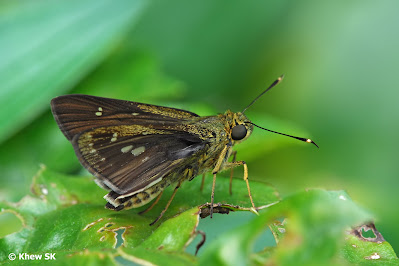 The Dark Banded Ace is brown on the upperside with the usual Halpe pattern of small white hyaline spots on the forewing. On the underside of the hindwing, is a prominent white post-discal band extending from space 1b to the apex. The basal area of the wings is speckled with golden-yellow. The white post-discal band on the underside of the hindwing is outwardly jagged. The antennae are yellow banded just below the apiculus. 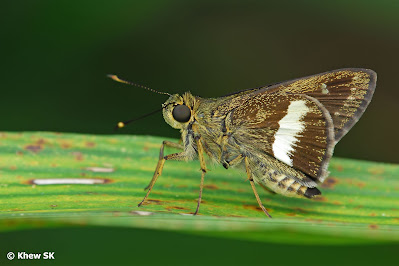 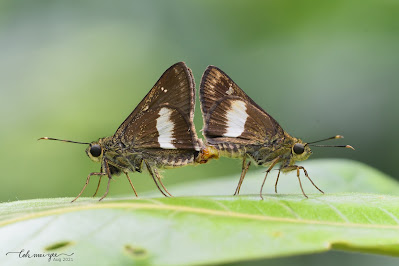 The Dark Banded Ace is relatively uncommon, and not often observed, although it makes regular appearances over the years.  It usually frequents forested areas where its caterpillar host plant, bamboo can be found. Occasionally, it can be observed feeding on flowering plants and on bird droppings. The species is skittish and flies rapidly in the usual skipper fashion. 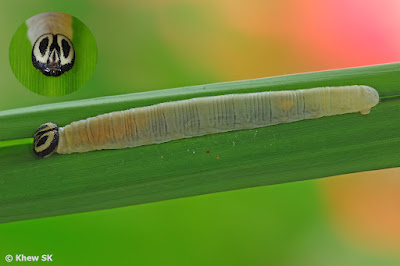 Caterpillar of the Dark Banded Ace on bamboo sp.  Inset : Head of the caterpillar with "false eyes"
The caterpillar can be found on some species of bamboo and builds a leaf shelter to hide from predators. It moves away from the leaf shelter to feed on other leaves and then returns to the shelter to rest.  The face of the caterpillar is unique in that it appears to display a set of prominent black "eyes" on its head.
Text by Khew SK : Photos by Khew SK, Koh CH, Loh MY, Jonathan Soong. Horace Tan and Mark Wong
Posted by Commander at 9:16 PM 0 comments