ButterflyCircle 2013 - Looking Back...
The Year in Review 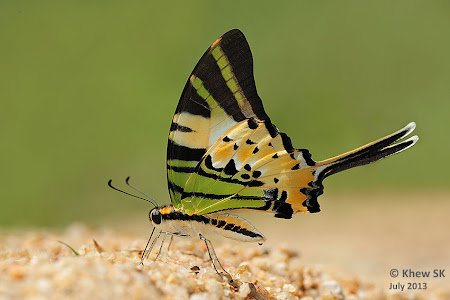 This will be the last article on this blog for December, as we wrap up a pretty good year (as far as butterflies are concerned) and bid farewell to 2013. With the inclusion of short weekday articles as 'fillers' to the longer and technically more elaborate weekend articles, we have managed to whip up a total of 188 posts this year (including this one) on this blog! Compared to 2012 where we posted 95 articles, this is a big jump in terms of sharing our beloved butterflies with the nature community in Singapore and globally. Thanks to all our readers and visitors who have continued to visit this blog and especially those who have left encouraging comments on our articles. 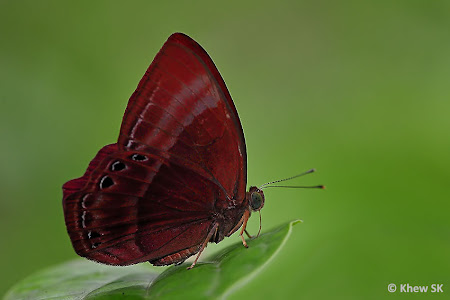 All these blog posts, articles and beautiful butterfly pictures would not have been possible without the help of ButterflyCircle members who have contributed their excellent work via our ButterflyCircle Forums. Speaking of the forums, we would also like to take the opportunity to thank Dr Seow TL, who has been of significant help to the group with his vast knowledge of butterflies and helping everyone identify the pesky lookalike species. 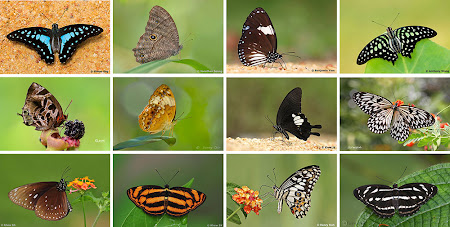 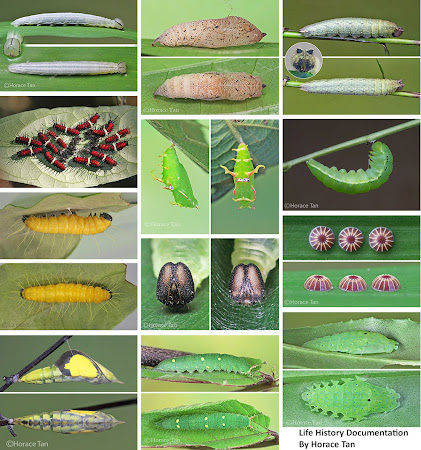 Kudos once again to Horace Tan, who outdid himself this year, by documenting a total of 25 Life History articles, many of which are complete first-time photographic records of the early stages of the butterfly species. Horace's patience and meticulous documentaries on this blog continue to amaze many followers and researchers alike. The preparation of each article takes weeks and even months, as Horace traces the daily development of the butterfly, from egg to caterpillar to pupa and eventually eclosion of the adult. 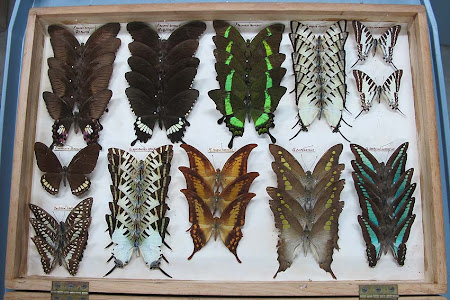 A typical box of butterflies from the iconic Fleming Collection


In January 2013, I had the pleasure of seeing the Fleming collection in-situ for the first time in my life. Having studied butterflies as a hobbyist collector for so many years, and referring to WA Fleming's book, Butterflies of West Malaysia and Singapore, it was exciting to finally see the actual specimens that formed the material for Fleming's book. It was a great milestone for the Raffles Museum to have managed to secure the Fleming collection, and very soon, parts of the collection will be featured at the new Lee Kong Chian Natural History Museum (the new name for the Raffles Museum of Biodiversity Research) that will open some time in 2014. 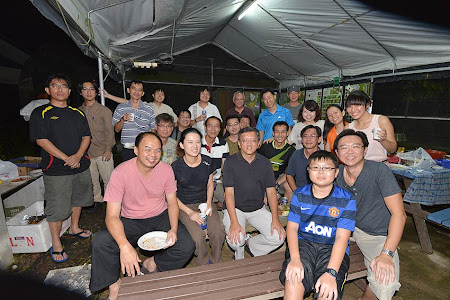 ButterflyCircle members at the barbecue party at Oh Farms


The membership of ButterflyCircle continues to grow steadily, and we had our long-overdue gathering in April this year. A special barbecue at Oh' Farms at Bah Soon Pah Road. It was a time of meeting old friends and listening to the stories of our butterfly adventures and the 'ones that got away'. It was also encouraging to see new and younger members enjoying butterfly photography and gaining knowledge of our flying jewels. 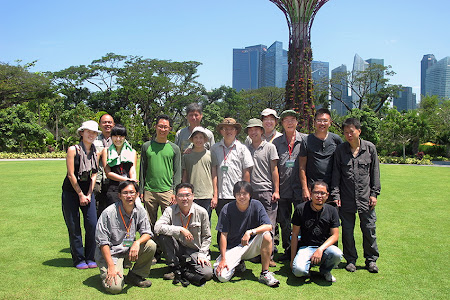 ButterflyCircle members at Bay South, Gardens by the Bay

In June, the newly opened Gardens by the Bay at Marina Bay invited ButterflyCircle members to help with a butterfly biodiversity survey of the premises. Not many visitors know that there is a good butterfly diversity at the 54Ha Bay South Gardens, as most tend to visit the Cooled Conservatories and miss out on the urban flora and fauna that make the Gardens home. To date, close to 50 species of butterflies have been spotted at Bay South. 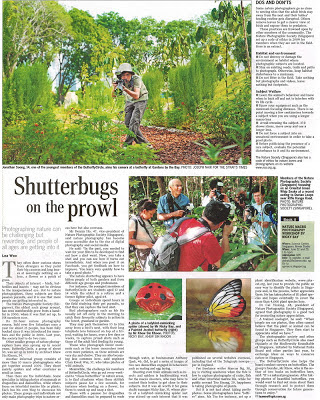 The local media also featured Singapore's growing nature photography community and ButterflyCircle was given due mention in the Straits Times on 14 Jun 2013. ButterflyCircle members were out in force at Bay South of Gardens by the Bay to support the photography session whilst ST reporter Lea Wee went around to talk to various members about their passion and enthusiasm for butterflies and photography. 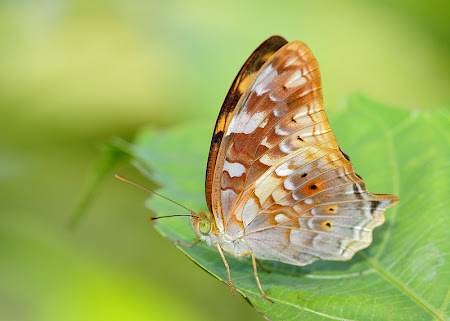 The Vagrant, spotted at Gardens by the Bay, by Koh Cher Hern


As if to add to the excitement and amazement of butterflies at Gardens by the Bay, a species that has not been seen in Singapore for a long time, was re-discovered by newbie ButterflyCircle member Billy Oh. It was subsequently spotted and photographed again by ButterflyCircle member Koh Cher Hern. The species, called the Vagrant, was recorded as species #306 in the Singapore Butterflies Checklist.


We also started a short series of articles called "Down Memory Lane" to feature butterflies that were previously recorded by the early authors in the Singapore Checklist, but have not been seen in the past 4 to 5 decades or longer. These species are still found in neighbouring Malaysia, and some are even common. But why have they disappeared from Singapore continues to be a mystery. 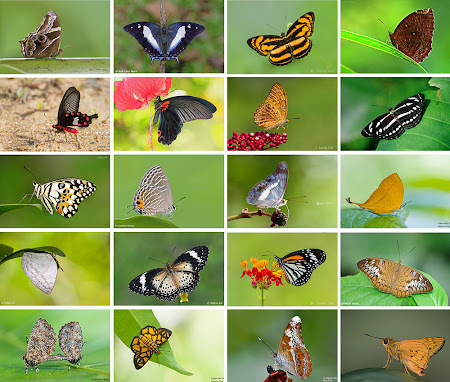 
The long-standing weekday short articles featuring ButterflyCircle members' work that were selected from the Forums, previously called "Random Gallery" was given a new makeover and featured as "Butterflies Galore!" series. More notes and anecdotes to the featured species were added to give additional information to our readers about the butterflies. 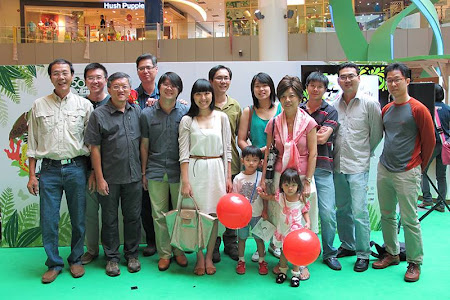 ButterflyCircle members at Festival of Biodiversity 2013

In July, ButterflyCircle also contributed to the Annual Festival of Biodiversity 2013. This time, the public exhibition was held at VivoCity Shopping Mall! The intention was to showcase Singapore's amazing biodiversity to members of the public in a totally "unnatural" setting in the shopping mall. The response from visitors and the numbers who visited the FOB exhibition was very encouraging. ButterflyCircle members contributed their work in a special video collage ably put together by newbie ButterflyCircle member Huang CJ. 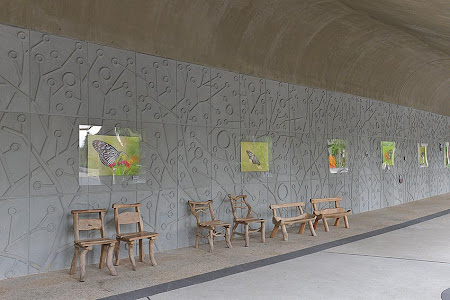 
In August, Gardens by the Bay once again invited ButterflyCircle members to feature their work at a public photographic exhibition at Bay South. Called the "Flight of Fancy", the exhibition showcased the flying creatures - birds, butterflies dragonflies and other insects, found at Bay South. Now who says that GB is devoid of any free-ranging natural local flora and fauna!?

August also saw the 6th anniversary of this Butterflies of Singapore Blog. It has been a good and long journey, and the blog has become a good repository of valuable information about Singapore's butterfly fauna. A quick check showed that we have a total of 565 blog posts since the inception of this Blog in August 2007. ButterflyCircle member Simon Sng also designed and helped to get the new ButterflyCircle sew-on patch in Sep this year, so that members can proudly display their membership of this informal online group that has contributed more to the knowledge and conservation of butterflies in Singapore than any other group.

Two more new species added to the Singapore Checklist in 2013

As we were lamenting about the lack of new discoveries or re-discoveries of butterfly species during the year, the Butterfly Fairy must have heard us and threw us two new species to add on to our checklist. ButterflyCircle members Horace Tan and Simon Sng sighted the Malay Yeoman and the Angled Castor respectively, whilst on our regular outings. Both observations were of free-ranging individuals of the species in the forested nature reserve areas in Singapore. 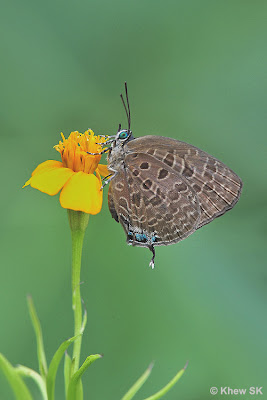 With the future availability of DNA testing at the Raffles Museum (soon to be called the Lee Kong Chian Natural History Museum), there may be a more reliable and scientifically rigorous route to identifying the many lookalike species that we have in Singapore. At this point in time, there are at least 10 or more Lycaenidae and Hesperiidae that are awaiting final verification before recording them on the Singapore Checklist. 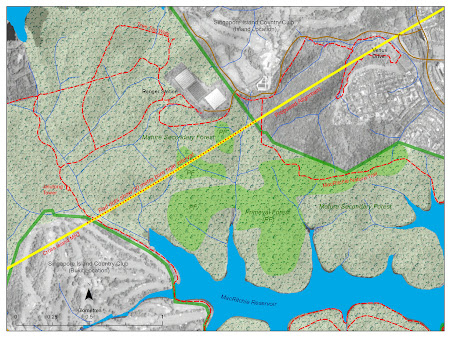 ButterflyCircle also supported the Love MacRitchie Forest campaign to persuade the Land Transport Authority to reconsider its plans and to realign the proposed underground train tunnel outside the Nature Reserve land. An article "Silent Voices in the Wilderness" featured some of the butterflies that can be found in the MacRitchie Forest area that may be threatened by any development that could alter the delicate ecological balance of the forest within the Nature Reserve. 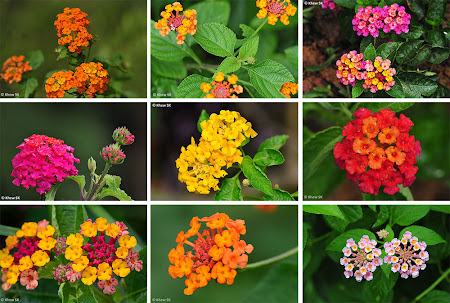 Varieties of the Prickly Lantana flower

Earlier this month, we featured our third article in the series "Favourite Nectaring Plants" with a blog post on the Prickly Lantana (Lantana camara), a colourful and highly attractive nectaring plant to our butterflies. 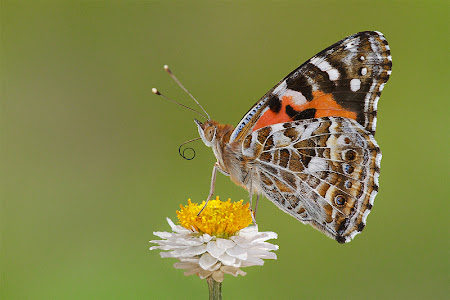 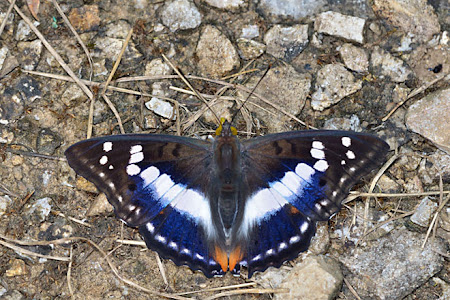 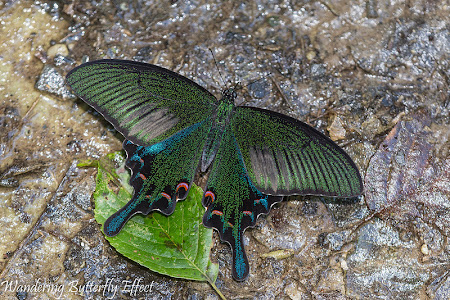 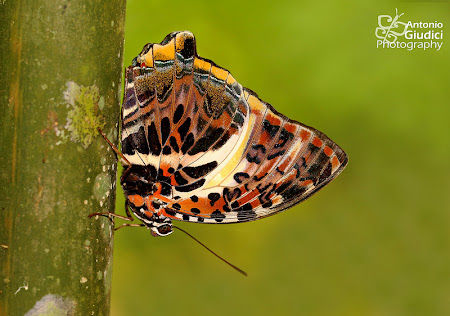 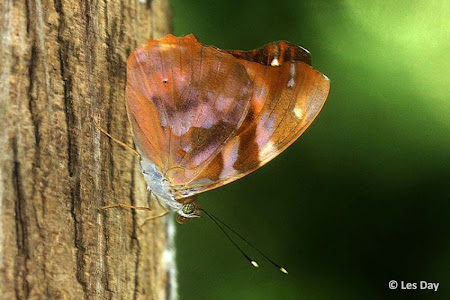 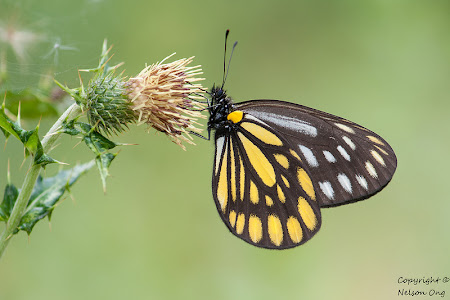 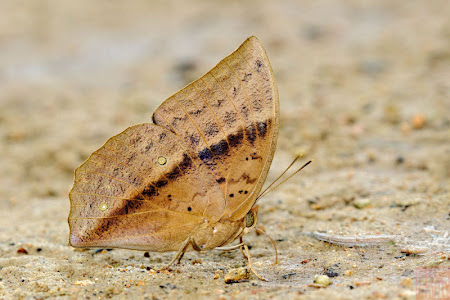 ButterflyCircle members also continued to make photography outings to our neighbouring countries and shared their photographs on the Forums. Many of these more 'exotic' finds come from Thailand, Myanmar, Taiwan, Hong Kong, Malaysia and even Australia! 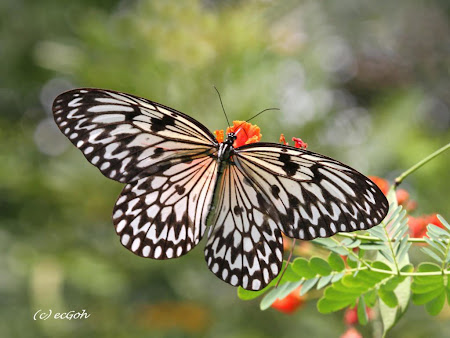 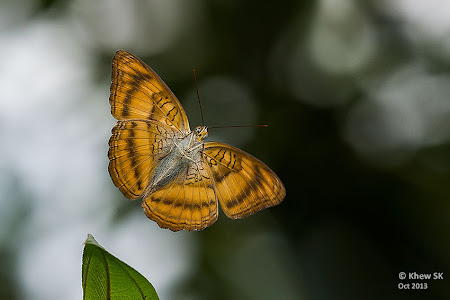 It has been an eventful 2013 for ButterflyCircle members, and we look forward to 2014 and anticipate more exciting moments with our beloved flying jewels in Singapore and abroad. We would like to take this opportunity to thank all ButterflyCircle members for their support and camaraderie and all our readers out there.

We wish one and all an exciting, fruitful and successful "Happy New Year"!!!