Butterfly of the Month - September 2020 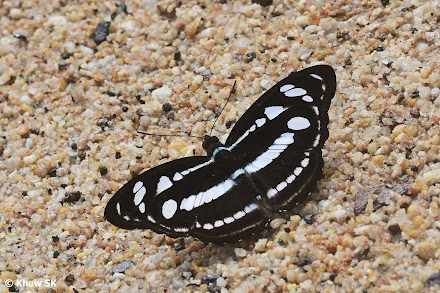 A typical male Malay Staff Sergeant with the twice-constricted forewing cell streak
The month of September 2020 is well into its second half, and this year, the first half of the month coincided with the Chinese Hungry Ghost Festival. In Chinese folk legend, the seventh lunar month is the Ghost Month. It is said that every year on the first day of the seventh lunar month, the Gates of Hell will be wide open and the ghosts will come out until the gates are closed on the 30th day of the month, which fell on the 16 Sep this year. So we are now into the 8th month of the Lunar Calendar, and looking forward to delicious moon cakes. 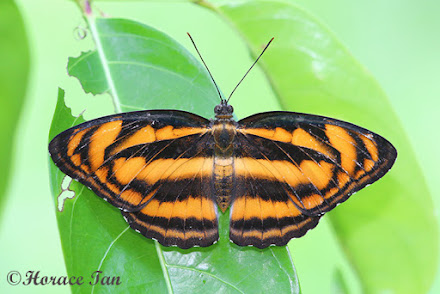 The COVID-19 situation in Singapore appears to be improving, with low double digit infection cases in the recent few days, and few or no cases at all in the community. This is a good sign that the pandemic is well under control, and Singaporeans from all walks of life look forward to further relaxation of the controls that were put in place to manage the spread of the virus. But all these controls have been at the expense of the economy - and a valid trade-off.  Even so, Singapore's estimated Gross Domestic Product (GDP) for the full year is expected to land somewhere between -6% to -7% - its worst economic contraction since its independence in 1965! 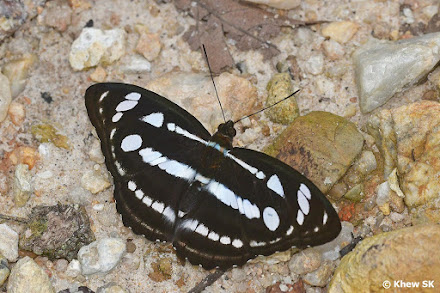 As the economy takes a severe beating, the spectre of increased unemployment, job losses and salary cuts loom over the horizon. There is little cheer in the atmosphere, as our island state braces itself for the stormy seas ahead. Even as the government rolls out various measures to ease the pain of businesses and individuals, such schemes are not sustainable in the long term, and various sectors are compelled to craft new strategies to adapt to the new norm and reinvent their businesses to stay afloat. 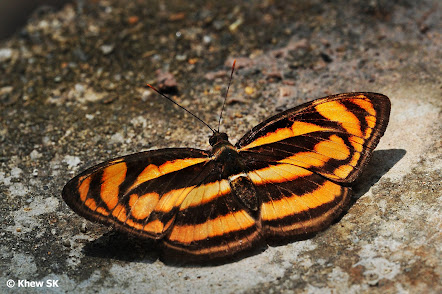 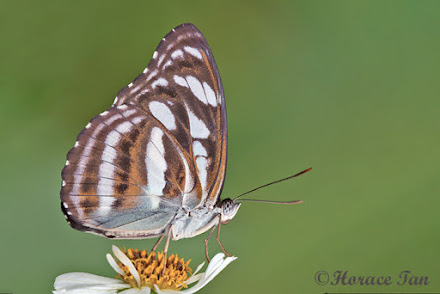 The race is on, for a vaccine to eliminate the never-ending outbreaks and recurrence of the virus. Optimistically such a vaccine is hoped to wipe out the COVID19's effect across the globe. The current estimate of infections globally has already passed 30.8M with over 958,000 fatalities due to the virus.  The numbers continue to climb every day, with the US, India and Brazil taking the top three spots for total infections. And the world continues to search for a solution to end one of the most deadly pandemics in modern history. 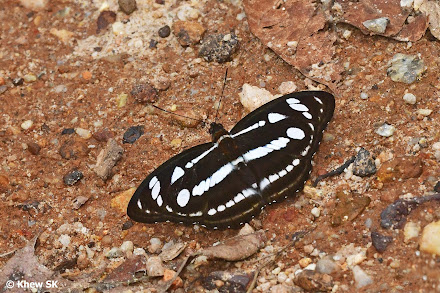 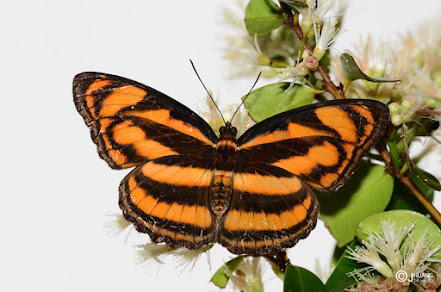 Our Butterfly of the Month for September 2020 is a species that has recently made the news in taxonomic circles. The female of the Malay Staff Sergeant (Athyma reta moorei) had eluded many taxonomists and butterfly experts all this time. The discovery that the species is actually sexually-dimorphic was only made this year, after years of careful research and life history documentation. It is now confirmed that there is unlikely to be a black-and-white female of the Malay Staff Sergeant, and that the female is orange and black all along. 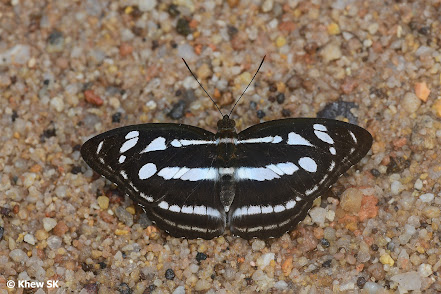 A puddling male Malay Staff Sergeant
The Malay Staff Sergeant is considered a rare species in Singapore, and is a forest-dependent butterfly. It is usually spotted singly feeding on flowers or puddling on damp sandy footpaths or streambanks.  The ripened fruits of the Singapore Rhododendron is also a favourite with this species. Interestingly, in Singapore, the females are more often encountered than the males. 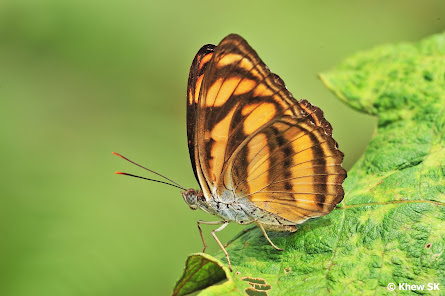 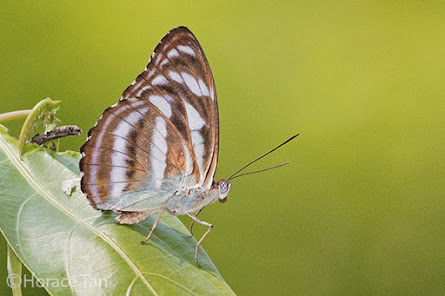 The diagnostic feature of the Malay Staff Sergeant is the twice-constricted white cell streak on the upperside of the forewing.  This streak is also well separated from the triangular spot beyond. The white bands in the males show a slight bluish tint at certain angles, but not as prominently as those in the related male Colour Sergeant. 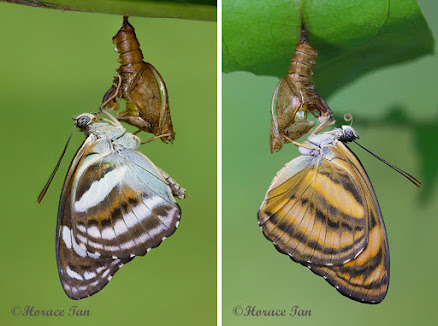 Newly eclosed male (left) and female (right) Malay Staff Sergeant
The caterpillar host plant where it has been successfully bred on in Singapore, is Glochidion zeylanicum. The complete life history is recorded here.
Text by Khew SK : Photos by Huang CJ, Khew SK and Horace Tan
Posted by Commander at 10:13 AM 1 comments