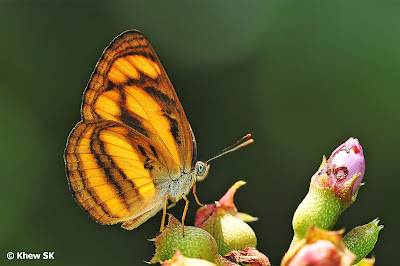 A Perak Lascar perched on the fruit of the Singapore Rhodendron
In a few days' time, the first quarter of the year will be over, with March 2021 ending on a relative positive note in Singapore, as far as the COVID19 pandemic is concerned. With daily infections in the low single digits within the community, the situation can be considered well under control. The national vaccination exercise is progressing well, as the invitation for citizens and residents in the next age group of 45 and 59 to be vaccinated went out at the beginning of this week. 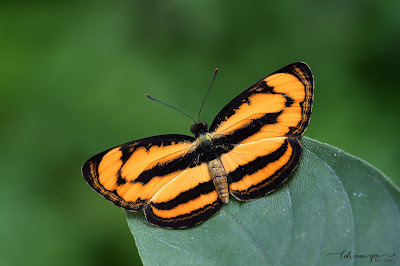 The further lifting of restrictions on pandemic safety measures is a good sign that Singapore is gearing up for an eventual recovery and moving towards a new norm. Companies evaluate the prospects of workers going back to work once the government raises the limit of staff within the premises of offices to 75%. But with many staff working from home (WFH) for nearly a year now, will the workforce be happy to get back to the office? 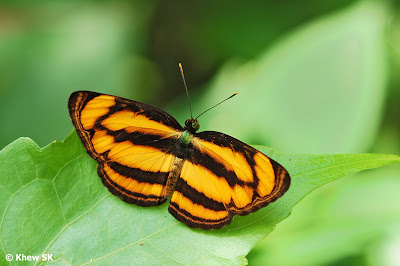 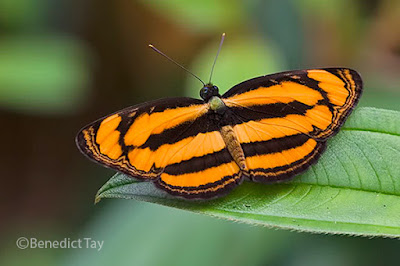 Vaccination programmes being rolled out in many countries give hope that international borders will be opened for business and leisure soon. The pent-up demand for travel may soon see an end, as governments negotiate mutual recognition of vaccination 'passports' and travel bubbles between their respective countries. 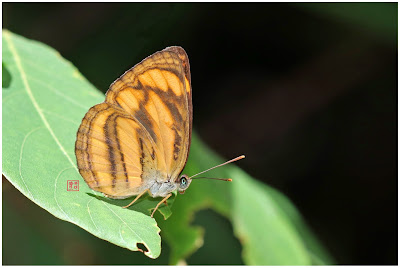 Over in ASEAN, the Myanmar riots created cause for concern as the military used deadly force to contain the protesters in various cities across the country. Although each side has their own story to justify the coup against the democratically-elected civilian government, the use of firearms against largely unarmed groups of fellow citizens is something that is hard to comprehend. 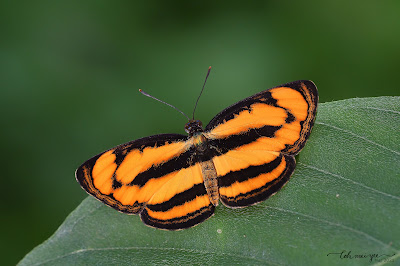 A Perak Lascar perches on a leaf with its wings opened flat
Our Butterfly of the Month for March 2021 is the Perak Lascar (Pantoporia paraka paraka). This relatively small Nymphalidae is one of two extant species from the genus Pantoporia in Singapore, although a possible third species is still under investigation. The Perak Lascar is not uncommon, and frequently found near back-mangrove habitats where one of its caterpillar host plants, Dalbergia candenatensis (Leguminosae) frequently grows. 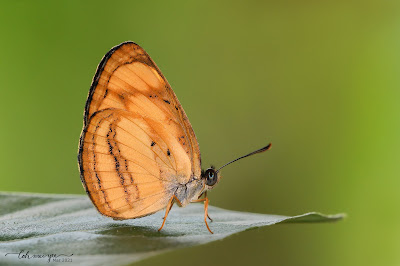 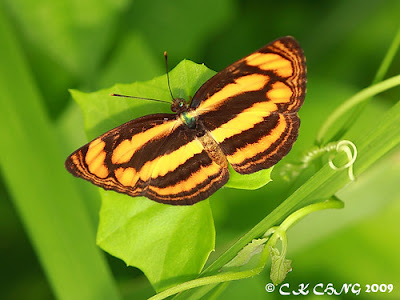 The species has the typical orange/black bands on the upperside of its wings, with the underside a paler orange-yellow. The unique diagnostic characteristic that separates the Perak Lascar from its lookalike cousins, is the pair of pale orange submarginal lines on the forewings above. One, or both the lines are often bent in space 3. 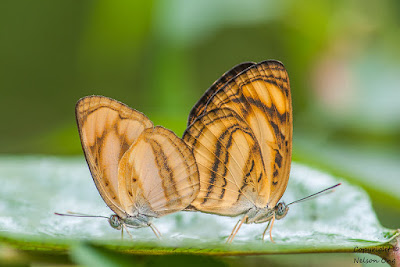 A mating pair of Perak Lascar.  Male - Left, Female - Right
The Perak Lascar has the usual flap-glide-flap flight characteristics, and is usually skittish and challenging to approach. It usually stops on the top surfaces of leaves with its wings opened flat to rest or sunbathe. Males have larger areas of orange compared to the black stripes, giving it a brighter orange appearance compared to the other lookalike species. Females have more distinct black outlines on its orange stripes on the underside. 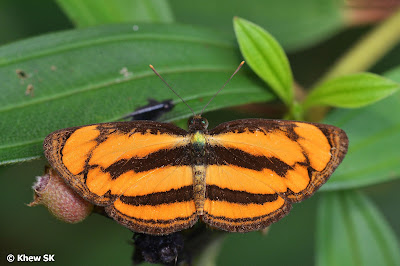 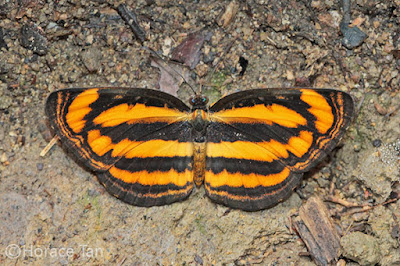 A Perak Lascar puddling at a muddy footpath
The Perak Lascar is sometimes seen feeding on the ripened fruits of the Singapore Rhododendron (Melastoma malabathricum), or when Syzygium trees flower in the forested nature reserves of Singapore. Occasionally, males are also observed to puddle at damp footpaths in the forested areas. 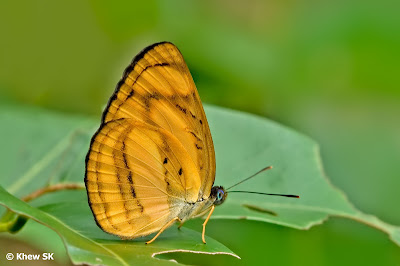 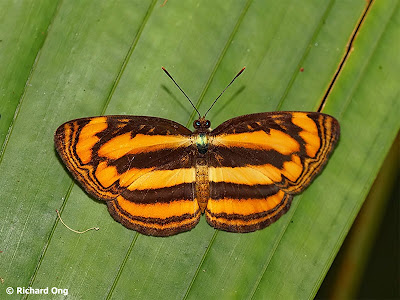 The caterpillars of the Perak Lascar have been bred on three host plants, namely Dalbergia candenatensis (Leguminosae), Dalbergia rostrata (Leguminosae), Cnestis palala (Connaraceae). The caterpillar of the Perak Lascar has the habit of cutting rachis and petiole of the leaf it resides on and using silk threads to attach pieces of cut lamina to the exposed midrib. Its diet consists mostly of the brown and withered leaf lamina created in this process.  For a small species, the early stages is unusually long - taking as many as over 40 days from egg to eclosion.
Text by Khew SK : Photos by David Chan, Khew SK,  Loh MY, Nelson Ong, Richard Ong, Horace Tan and Bene Tay