Butterfly of the Month - November 2015 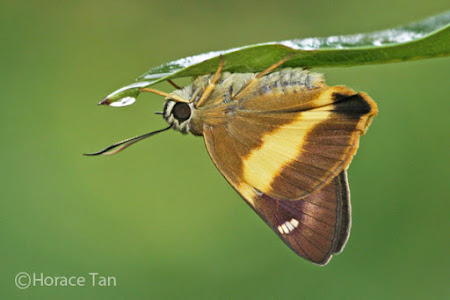 
Blue skies are back in Singapore! The prevailing winds have changed to the north-east monsoon winds, bringing with them the end-of-year wet season. The wet weather appears to have effectively extinguished the forest fires in Indonesia and with it, the haze is gone. It was a joy to see blue skies again, after so many weeks of miserable grey and hazy environment. 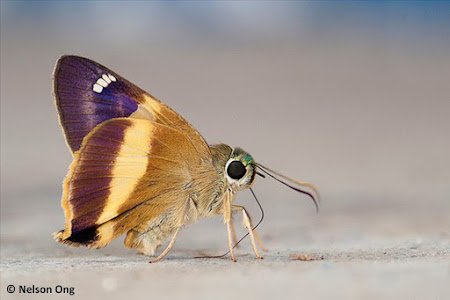 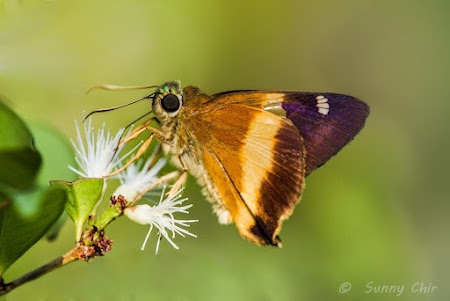 We often take our environment for granted, and the annual scourge of the haze from the massive land-clearing activities by just razing everything to the ground is over for now. It leaves us wondering how effective the Indonesian government will be, come next year during the dry season, and when illegal land-clearing by burning starts again. But until then, we welcome our clear air again (and it has nothing to do with the Indonesian government, though they claim that they "provide" the clean air) and the cooler weather at the end of the year. 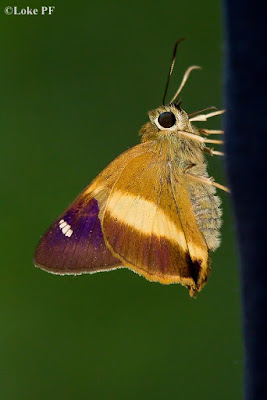 It was an exciting month for ButterflyCircle, as we launched our 3rd book - only possible with the collective effort of many members of the group. The 2nd Edition of the Butterflies of Singapore is now out, and hopefully the updated book will benefit more nature lovers who indulge in butterfly watching in Singapore. We are now preparing the material for our next book project, but that will be a subject for another time. 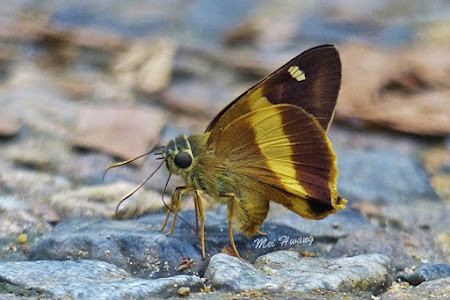 
On the global scene, the disturbing ISIS extremism reared its ugly head in the city of Paris, where many innocent victims lost their life. This is not Islamic nor does it have anything to do with any religion! No religion teaches its subjects to take innocent lives in its name. This is the work of madmen and people who have lost their souls, if they even had a soul in the first place. Now they are planning on taking everyone else. Let's hope that the superpowers will eliminate this group of heartless killers to make our world a safer place to live in. 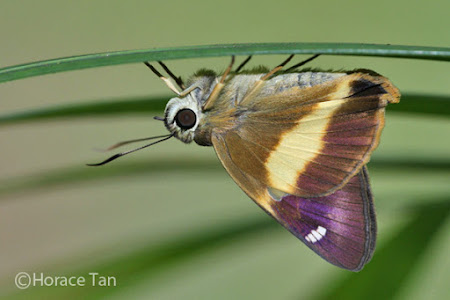 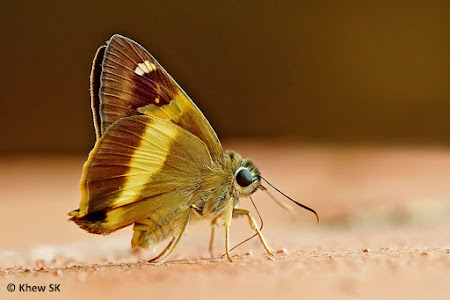 In my workplace, our "journey to the west" is complete, and about a 1,000 of us are now settled in to our new home at Westgate Tower. The logistics of moving such a big office was initially mind-boggling. The travelling time for more than half of our staff increased by quite a bit, but it is an adjustment out of our comfort zone that everyone took in their stride. The Jurong East hub of malls and facilities is quite amazing, and we look forward to the future with renewed inspiration. 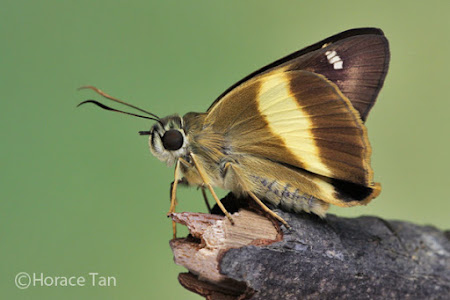 The eleventh month of 2015 is almost over, and we feature a butterfly species from the family Hesperiidae. Skippers as we call them, are sometimes mistaken for moths due to their large eyes, fat and hairy bodies and the way they fly. However, they are usually classified as butterflies rather than moths. Many species are crepuscular and are on the wing at dawn and the early hours of the morning, and at dusk. 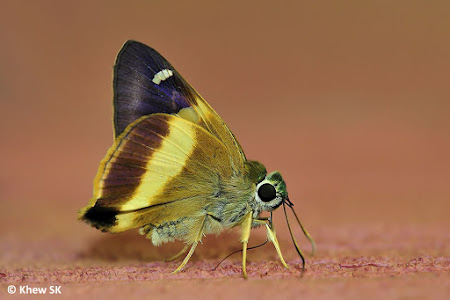 
This month's feature butterfly is the Yellow Banded Awl (Hasora schoenherr chuza). This species is considered rare in Singapore, and is usually found in shaded forests in the nature reserves. It is one of five species of "Awls" from the genus Hasora found in Singapore. None of them can be considered common but they are seen single from time to time, and when there are flowering plants in bloom. 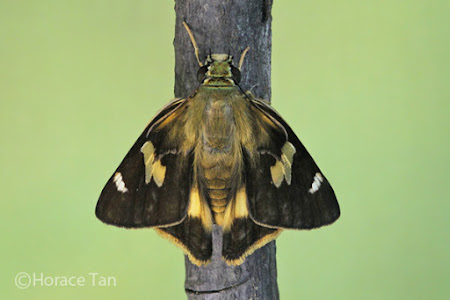 
The Yellow Banded Awl is a plain dark brown on the upperside with four whitish sub-apical spots and several hyaline pale yellow spots conjoined to form an irregular band on the forewing. The hindwing features a broad yellow discal band and yellowish cilia . The underside is similarly marked but the wing base is a light golden brown. The apical area has a purplish sheen that is more prominent in some individuals, and also depending on the illumination in a side light. 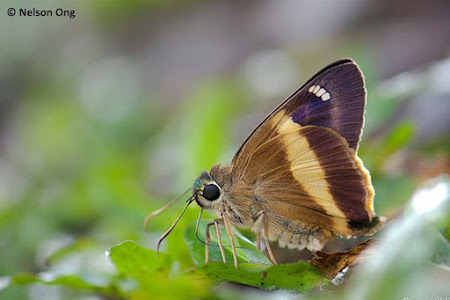 The butterfly is regularly seen in the vicinity of its caterpillar host plants, Spatholobus ridleyi and Kunstleria ridleyi, both vines that grow mainly in Singapore's forested nature reserves. The Yellow Banded Awl flies rapidly, like most skippers, and is sometimes sensitive to the photographer's flash. 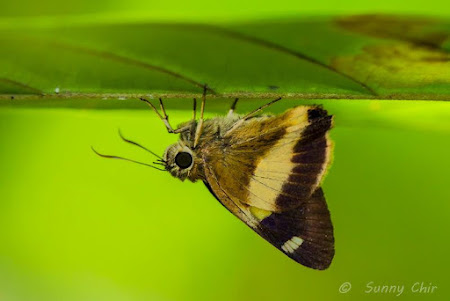 A Yellow Banded Awl in its typical pose under a leaf


Preferring the shaded understorey of the forested nature reserves, the butterfly has a habit of flying around speedily and then settling on the underside of a leaf to conceal itself. When disturbed, it takes off rapidly and then takes cover under another leaf, settling with its wings folded upright.  There are also occasions where the Yellow Banded Awl is observed to puddle on bird droppings and damp patches on tree trunks and walls of buildings. 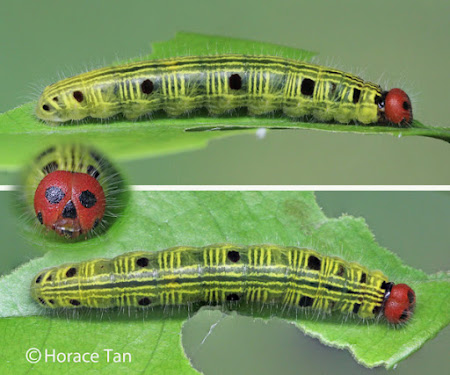 
The caterpillar of the Yellow Banded Awl, especially the late instars, is quite spectacular and is almost as pretty as the butterfly itself! Its bright red head is quite attractive and unique.

Posted by Commander at 8:01 PM 0 comments