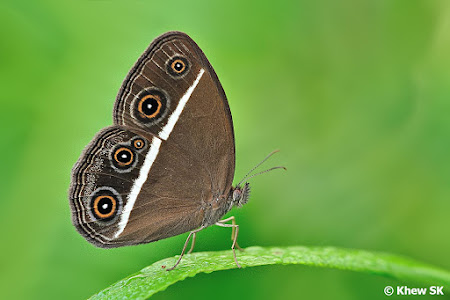 
We move into the latter half of 2019 and the month of July. Over in the US, Americans celebrated "Independence Day" on the 4th of July. Global politics continue to be centred on the Trade War between the US and China, and it does appear that more countries may be dragged into the fray with possibly more tariffs being slapped on goods imported from these countries into the US. 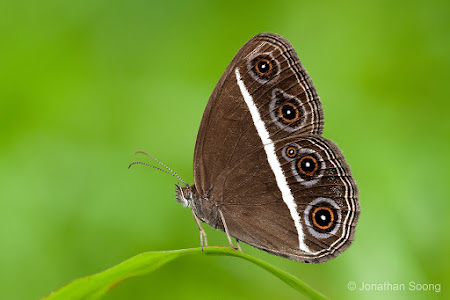 Closer to home in Asia, the protests over the extradition law in Hong Kong continues to spin out of control. Whilst a lot have been said and done, who really benefits or wins, and who really suffers and loses the most from such public unrest? The world watches as the drama unfolds, as such instability rarely benefits anyone in the country in the long run. 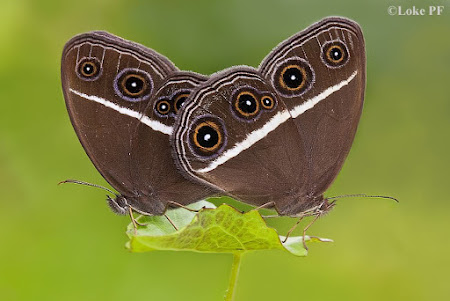 A mating pair of Dark Grass Browns.  The sexes are almost indistinguishable


Our Butterfly of the Month for July 2019 is the Dark Grass Brown (Orsotriaena medus cinerea), a relatively common species that is usually found fluttering skittishly amongst grasses and low shrubbery. Originally christened with the English Common name of Nigger, the species has been renamed, to be politically correct, to avoid any racial sensitivities. 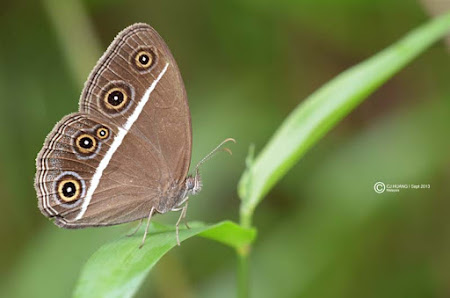 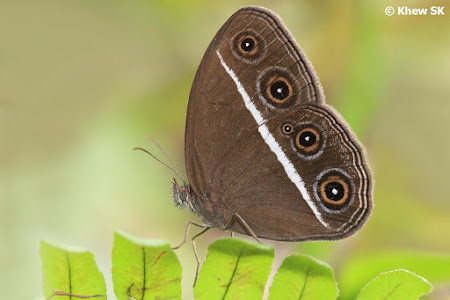 Over in Australia, it is called the Smooth-Eyed Bush Brown, in India it is referred to as the Medus Brown, and in Southeast Asia, it is called the Dark Grass Brown. Whilst easier to refer to, English Common names do not follow any set of scientific rules and can be confusing as all the three names (and probably more) refer to the same species - Orsotriaena medus. 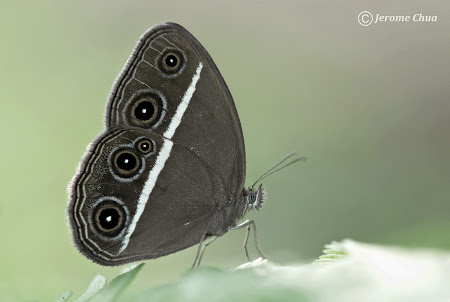 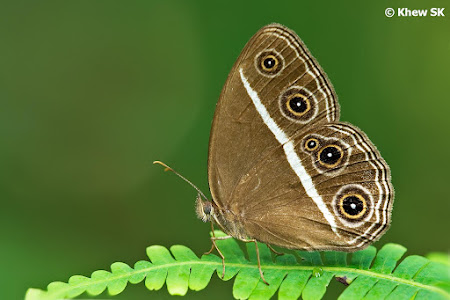 The Dark Grass Brown resembles the many lookalike species of the Mycalesis genus (referred to as "Bush Browns"), and often flies together with these other species in the same habitats. The Dark Grass Brown tends to fly low and can be seen flying in the early hours of the morning and late into the evening. 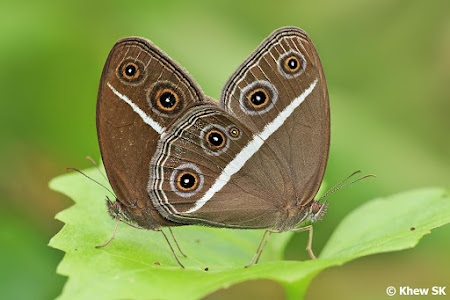 
Although a common and usually under-appreciated species that is often overlooked by observers, the Dark Grass Brown is alert and skittish and will require a bit of patience and stealth to approach and take a good photo of. It does not fly far when disturbed, often flitting away in its characteristic hopping flight and then settling on the top of a leaf or a grass blade. 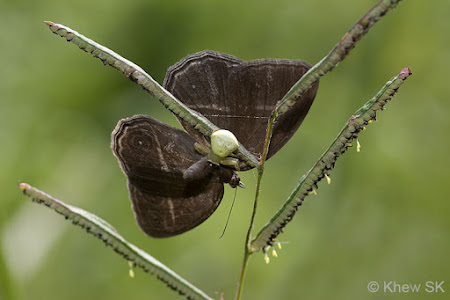 A Dark Grass Brown that is a victim of a Crab Spider.  Note the upperside of the wings 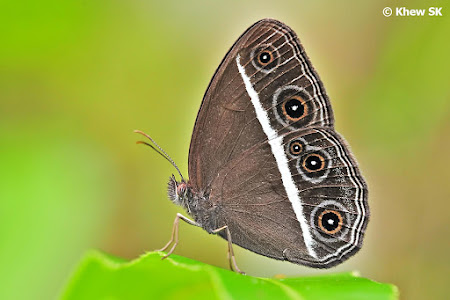 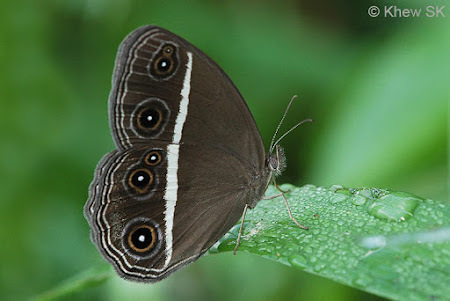 A slightly aberrant Dark Grass Brown with an additional ocellus on the forewing.


The caterpillar of the Dark Grass Brown feeds on lalang (Imperata cylindrica), a "weed" that grows very commonly in cleared areas and wastelands. This may explain the widespread distribution of this species across Singapore where its host plant is invasive and often considered as unwanted vegetation that is removed by maintenance workers.