Butterfly of the Month - January 2020 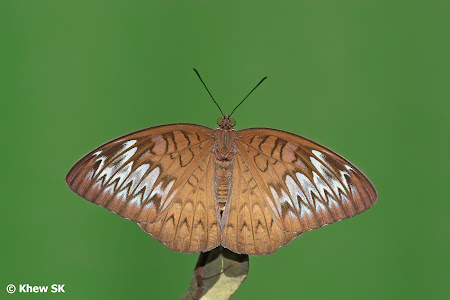 We crossed into a new decade a couple of weeks back, as the world celebrated the New Year 2020. I wonder if anyone made their "new decade" resolutions and what they want to achieve in the next 10 years of their lives. Or perhaps making resolutions are passé now, and we live our lives in a world that changes so rapidly that we make adjustments to our goals and objectives on a daily basis? 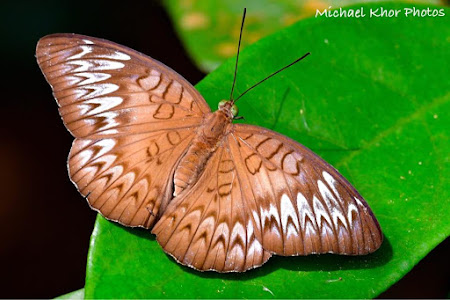 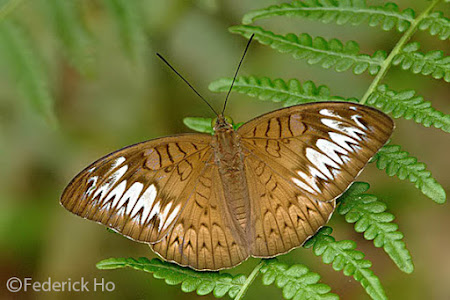 We saw the environmental issues affecting the planet towards the end of 2019, and moving forward in 2020, the effects and unprecedented outcomes of climate change are beginning to show all around the world. From the record high temperatures in 2019, to the more powerful typhoons and floods, to the more frequent seismic and volcanic activities, to the wildfires raging in Australia, we wonder what else the world will see in the coming 10 years. 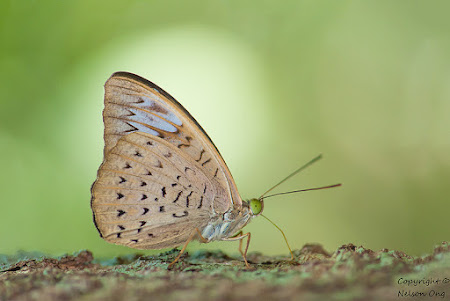 So, besides just watching and lamenting the fact that natural disasters will be a way of life in the coming years, what else can the world do to reverse the effects? Or have we reached a point of no return? There have been reports of an ecological Armageddon in the insect world, where, for example, scientists reported that 75% of flying insects in nature reserves across Germany have vanished in 25 years, with serious implications for all life on Earth. 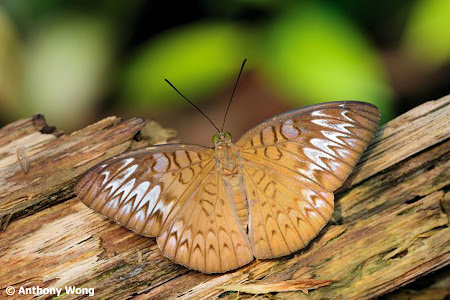 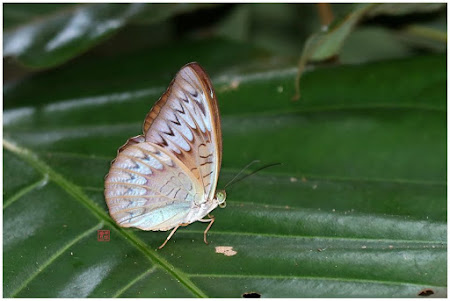 A female Malay Viscount with her wings folded upright

The impact on our butterflies is also being felt all over the region. Ever so often on social media, we hear that nature enthusiasts and butterfly watchers commenting that there appears to be fewer and fewer butterflies (both in terms of species diversity and numbers). Butterflies are perceptibly declining over the past 10 years. Indeed so, this is our experience in Singapore too. Species that we have encountered quite regularly in the past, are now harder to see these days. 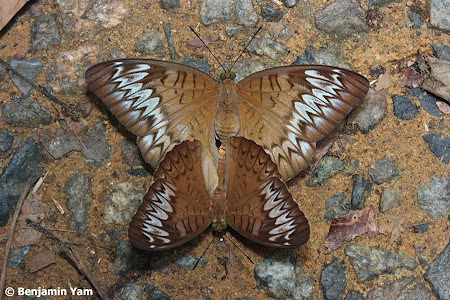 What can we do to reverse this trend? Whilst research and studies have been carried out in greater depth in recent years, the implementation of real-life measures to support and conserve butterflies in Singapore has been slow. There are "nature lovers" who can only criticise and chastise the government agencies for badly managing our parks, gardens and nature reserves. Or over-manicuring our greenery such that biodiversity conservation is secondary to human priorities. 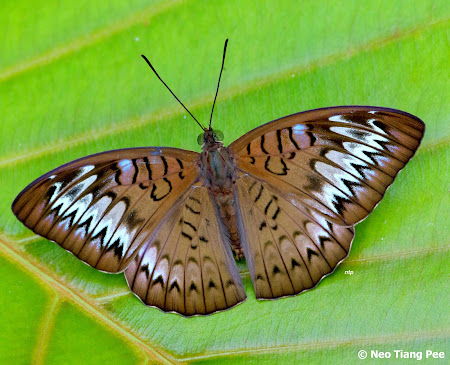 The question that comes to mind is, what have you personally done to share your knowledge and observations with the people who matter? Or are you just complaining for complaining's sake and doing nothing to contribute to the ecological deterioration? At least in Singapore, the agencies are doing a lot more than what we can see amongst our neighbours around us. And yet, there are still "spectators" who just sit around and point fingers and do very little else to help. 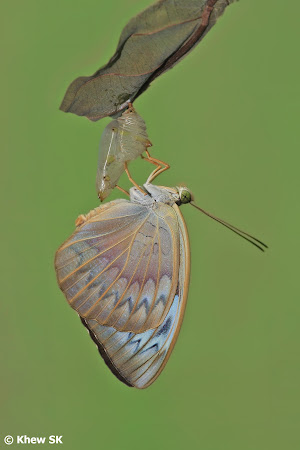 We continue our Butterfly of the Month series with our 147th species that is featured since Dec 2007. This month's feature butterfly is the Malay Viscount (Tanaecia pelea pelea). This relatively common species is forest-dependent. It is regularly encountered along the forest fringes of the nature reserves and forested areas of Singapore. Yet, it is rarely seen, if ever, in urban parks and gardens, perhaps with the exception of the Singapore Botanic Gardens where it can be found in the forested areas. 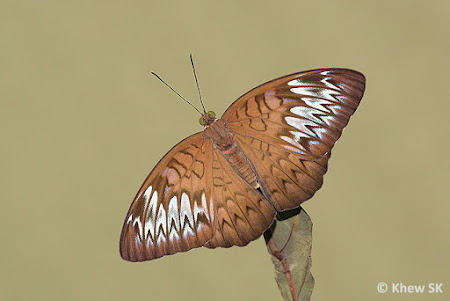 It may be because of the caterpillar host plants that the species depends on. The currently 3 known host plants in Singapore are forest plants that are rarely seen outside the nature reserves. These are : Palaquium obovatum (Sapotaceae), Pouteria obovata (Sapotaceae), Adinandra dumosa (Theaceae, common name: Tiup-Tiup). The habitat that the Malay Viscount prefers is also an important consideration. 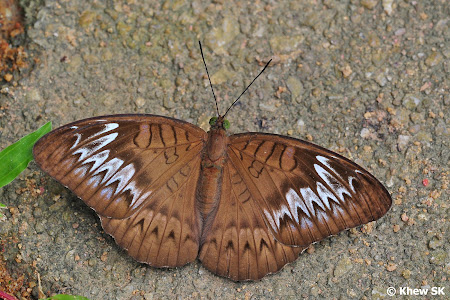 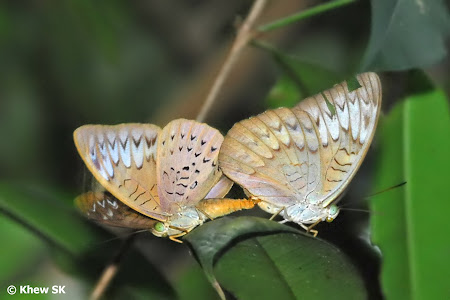 The Malay Viscount features a greyish-brown upperside, with white post-discal markings and a series of dark brown V-shaped submarginal markings. The underside is paler and has a violet tinge in a side light, and particularly on pristine individuals. Males have a more angular forewing than females and on the underside of the hindwing, the chevron-shaped markings are more distinct but smaller. 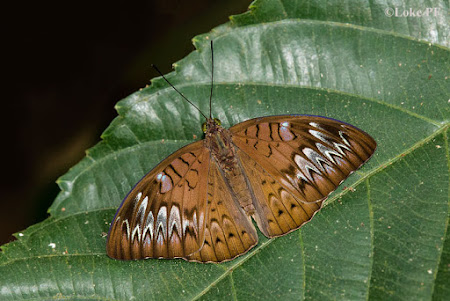 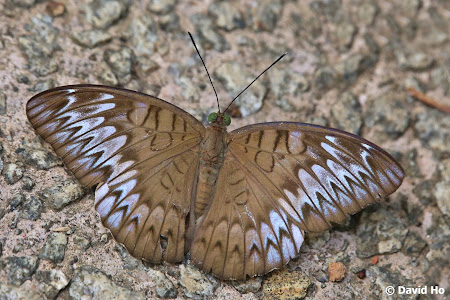 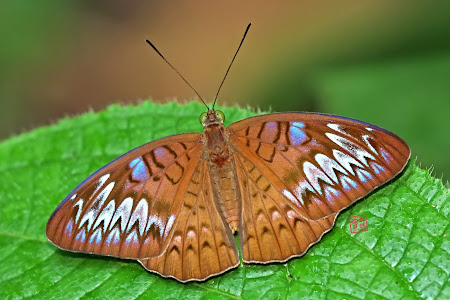 The species is regularly observed and can be considered a "common" species. It is a skittish butterfly and a strong flyer if it is disturbed. It tends to adopt a flap-glide flight style, typical of species in the Limenitidinae sub-family of butterflies. Both sexes tend to stop with their wings opened flat in the upper surfaces of leaves. 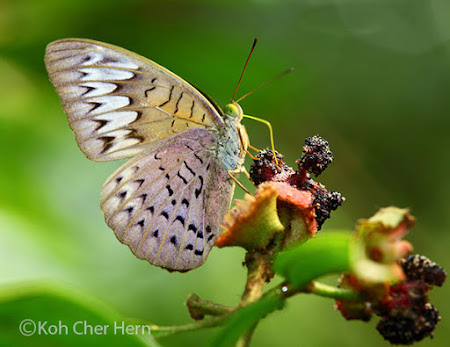 A Malay Viscount feeding on the fruit of the Singapore Rhododendron 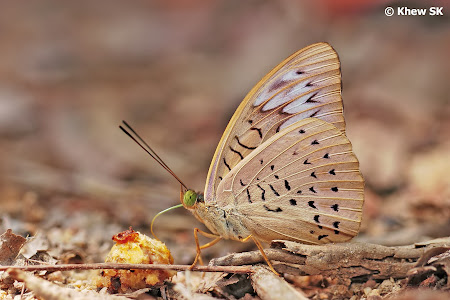 The Malay Viscount is often seen foraging on the forest floor for overripened fruits like figs. Both sexes are attracted to the fruits of the Singapore Rhododendron (Melastoma malabathricum), tree sap and other fermenting and sweet organic material found in the forests.