Butterfly of the Month - November 2022 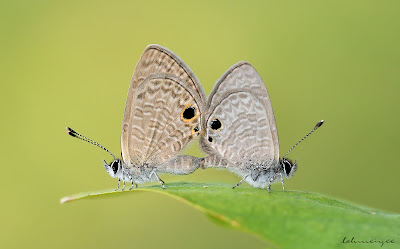 A mating pair of Tailless Line Blues perched on the top of a leaf
The atmosphere of Christmas is in the air, as we stand on the threshold of December. Shopping malls and offices in Singapore are beginning to be decorated with festive paraphernalia and Christmas songs are being played over the audio systems. The cooler (and wetter) weather at this time of the year also reminds us that the monsoon rains are upon us, and the final month of 2022 is nigh. 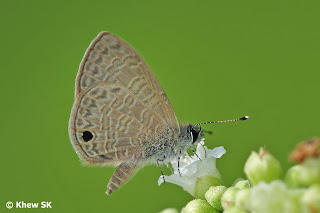 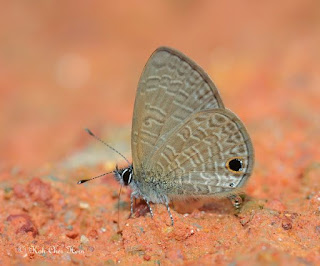 A Tailless Line Blue puddling at a damp footpath
There was much excitement with the election fever gripping our northern neighbour as Malaysians waited with bated breath, anticipating who would be proclaimed Malaysia's 10th Prime Minister. As expected, the results of the elections were not conclusive, and it was left to the Yang DiPertuan Agong to decide who would lead Malaysian politics into the coming years. As it came to be, the 75-year old Anwar Ibrahim become Malaysia's next PM. 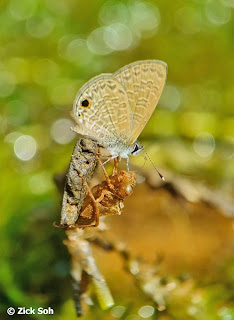 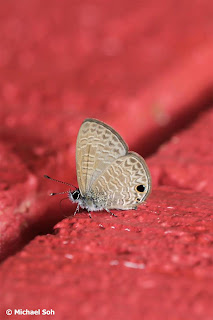 A Tailless Line Blue puddling at a red brick path
With his colourful history, particularly having served a prison sentence before, PM Anwar is a shining example of "never give up" spirit. Not many would have given him a chance of ever being Malaysia's PM after so many attempts to return to power, and the intriguing twists and turns in his political fortunes - one that would make a very interesting plot for a drama! 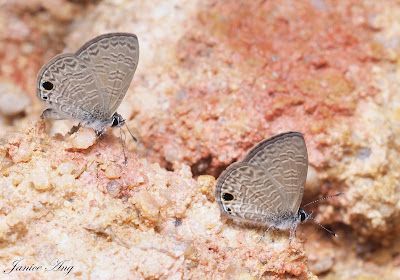 A pair of Tailless Line Blues puddling together 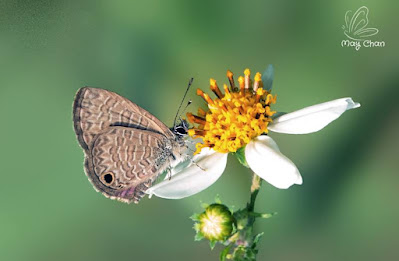 Over in Qatar, soccer fans were treated to their first FIFA World Cup ever to be held in the Arab world. Held once every four years, the 2022 edition of the FIFA World Cup supposedly costs over US$220B to host - a sum that would even be significant to the wealthy emirate with the 4th highest GDP per capita in the world. This edition of the World Cup is being held in the "winter" months as the unbearable heat and humidity in the region would have posed challenges to playing soccer in the summer months. 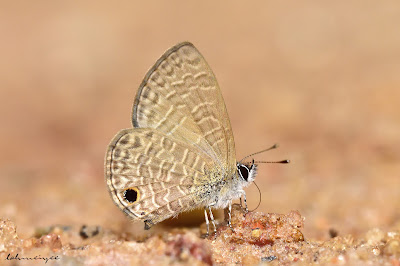 Back home in Singapore, the rising interest rates, rents and general cost of living and the impending adjustment of the Goods and Services Tax by 1% in 2023 and another 1% in the following year was cause for concern for the residents. For example, rentals of residential units rose by an eye-watering 46% from 2019, and is set to continue on its trajectory upwards. This would certainly put a severe strain on the working population, particularly the foreign workforce in Singapore. Already, there is talk of an imminent recession in the months ahead, adding to the woes of Singaporeans. 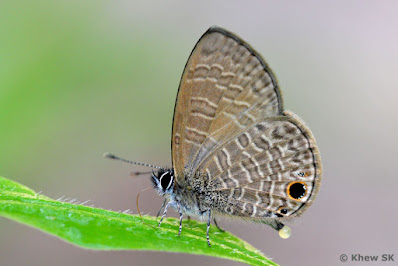 Back to our butterfly world, we introduce our 181st Butterfly of the Month since the start of this series.  For the month of November 2022, we feature the diminutive Tailless Line Blue (Prosotas dubiosa lumpura). This tiny species, with a wingspan of just over 20mm, is widely distributed across Singapore, and is sometimes abundant where several dozens may be flying around and dogfighting amongst the shrubbery. 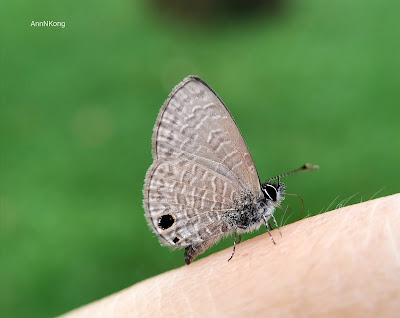 A Tailless Line Blue taking in perspiration from a human 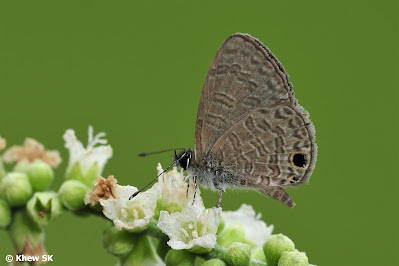 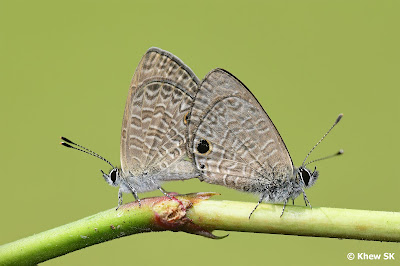 It can be found in Singapore's urban parks and gardens as well as in the nature reserves. It has a weak but erratic flight but is skittish and waiting for an individual to stop and perch for a good photograph is often challenging. Amongst its caterpillar host plants are Bridelia tomentosa and the non-native Acacia auriculiformis. 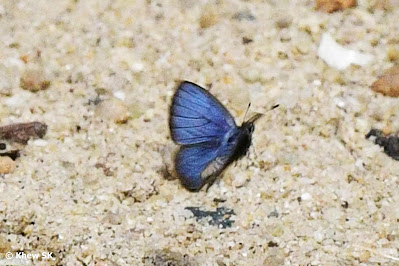 A glimpse of the upperside of a male Tailless Line Blue 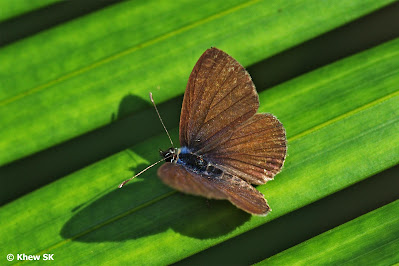 A female Tailless Line Blue sunbathes on the top of a palm leaf
The Tailless Line Blue is bluish purple on top with an almost imperceptible border in the male. The female is brown on top with blue discal patch and wing bases. The underside is greyish with the usual striations of the genus. At the tornal area is a large black spot that is crowned with orange. There are also some light greenish blue iridescent scales on the tornal spot. 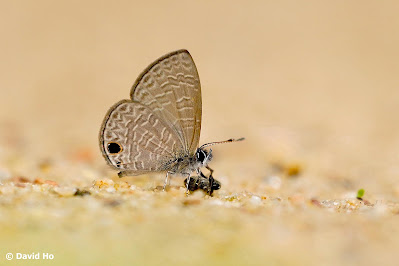 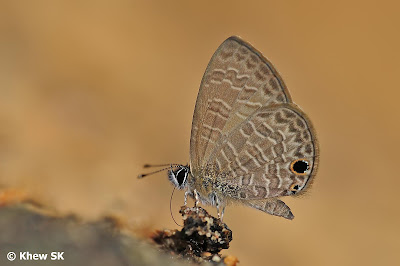 Puddling Tailless Line Blues on various food sources
The eyes are jet black and large, and the antennae black-and-white banded. As its common name suggests, it is tailless, unlike many of the other tailed species in the genus. It can be encountered feeding at small flowers and can easily be approached when puddling on damp sandy streambanks and decomposing organic material.
Text by Khew SK : Photos by Janice Ang, David Chan, May Chan, David Ho, Khew SK, Koh CH, Ann Kong, Loh MY, Michael Soh and Zick Soh.
Posted by Commander at 8:23 AM 0 comments