Butterfly of the Month - December 2020

Butterfly of the Month - December 2020
The Knight (Lebadea martha parkeri) 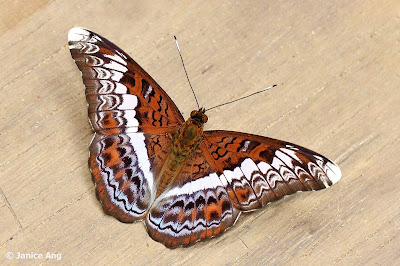 A typical male Knight subspecies parkeri
All too soon, it's already the final month of a very tumultuous year 2020. A year that will be remembered in history as the COVID year. Global fatalities caused by this coronavirus has crossed 1.6 million and counting, with the US topping the charts at more than 302,000 deaths so far. Whilst not as deadly as the 1918 Spanish Flu, which killed an estimated 20 - 50 million people, COVID19's fatalities has to be taken in the context of the availability of modern healthcare and advanced medical science in 2020. 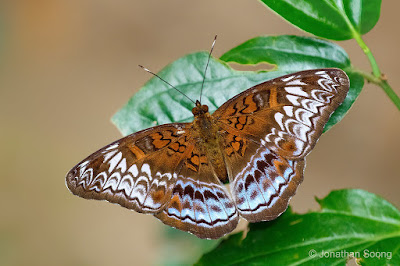 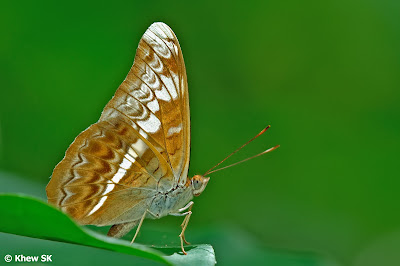 But there is optimism as several companies have had relatively good success with developing a viable vaccine to combat the virus. With millions of doses of vaccines almost ready to ship in the coming weeks, the world may see an end to this scourge that turned the world upside down for most of 2020. A year where air travel came to a virtual standstill, face masks are the norm and WFH is an abbreviation that is immediately understood by most. 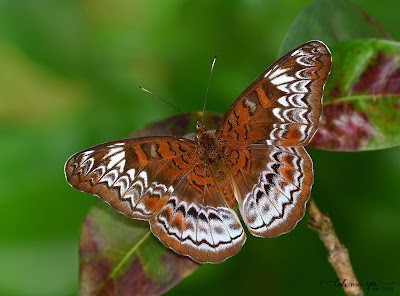 In the past months, digital transformation of businesses, working collaborations and other daily needs like ordering food and transportation have evolved at breakneck pace. Detractors of online meetings using Zoom, Teams or Skype had to eat their words and quickly jump on to the norm of virtual meetings on digital devices. In just a few short months, people who said "it can't be done", began to embrace online meetings as though they had been using such platforms for years already! 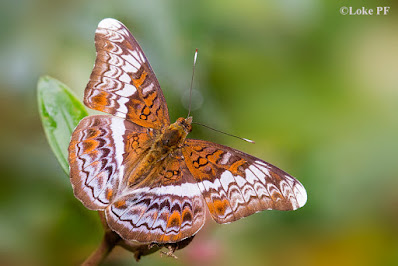 And then the havoc that COVID19 wreaked on the economy, where businesses in vulnerable sectors crumbled. Salary cuts, headcount cuts and the eventual closure of companies, some which have been in business for decades, underpinned the severity of the pandemic across many countries. It was also interesting to observe how different countries' governments' interventions helped save businesses, or conversely, their inaction accelerated the demise of companies. 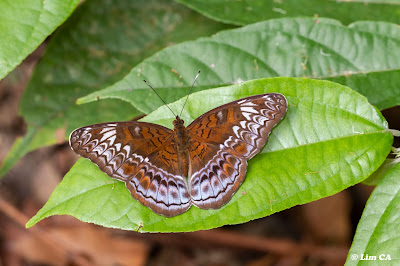 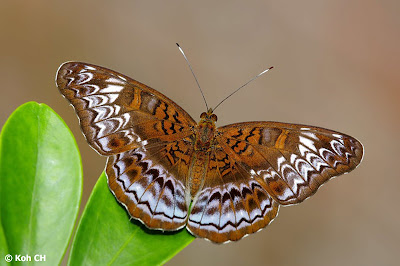 Singapore is fortunate to have an excellent healthcare system in place, and this played a significant part at minimising fatalities caused by the COVID infections. Several government financial support schemes that helped both big and small companies tide through the tough times were put in place quickly, and this certainly help alleviate the full impact of the economic storm. 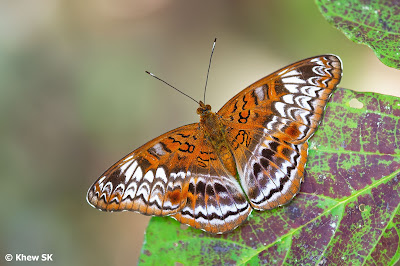 A female Knight subspecies parkeri sunbathing on a leaf
Taking a break from the woes of our human world, we turn to our final Butterfly of the Month for 2020. Our feature butterfly for December is the Knight (Lebadea martha parkeri). This moderately common species occurs in urban and forested habitats, where its caterpillar host plants, Ixora congesta and Ixora javanica are cultivated. The Knight is a rather common species on Pulau Ubin and is regular seen on various parts of the island. 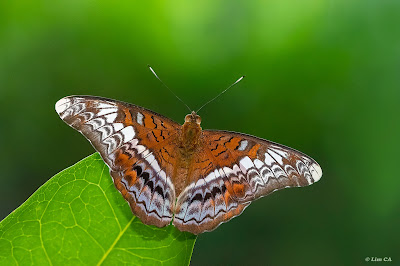 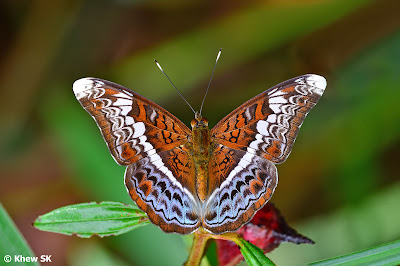 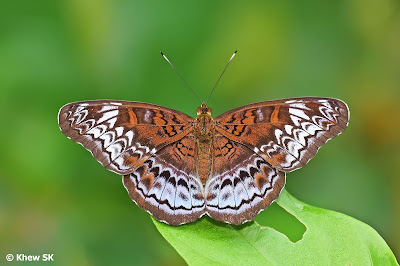 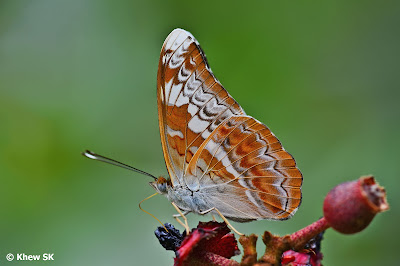 Underside of a male Knight subspecies parkeri feeding on the ripened fruit of the Singapore Rhododendron
The upperside of the Knight is ochreous brown with a complex pattern of white lunules and zig-zag markings. A post-discal white band spans across both the fore and hindwings. In the male, the apical area of the forewing above is strongly whitened, whilst it is reddish-brown in the female. The underside is paler with similar markings as the upperside. 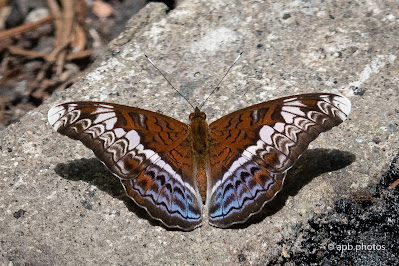 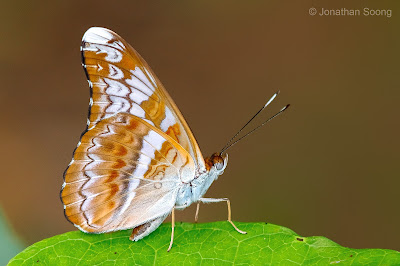 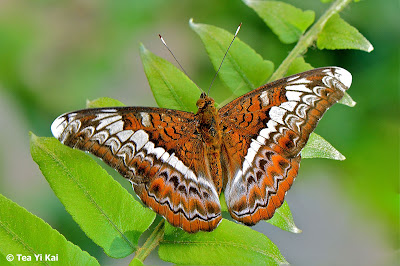 An example of a male Knight which can be considered subspecies malayana with reddish hindwing. This individual was shot at the mangrove area of Pasir Ris Park 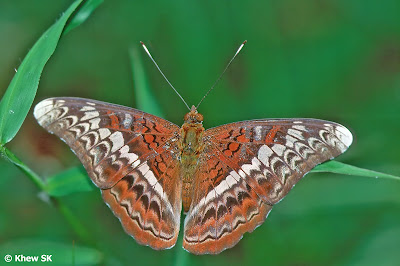 A male Knight subspecies malayana with its reddish hindwing and absence of the purplish-blue colouration.  This individual was shot at Panti Forest in Johor 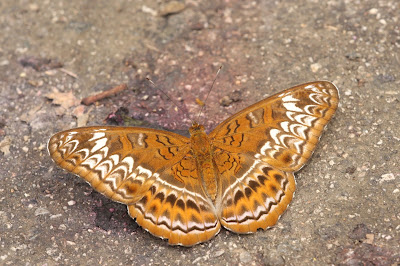 A female Knight subspecies malayana with its reddish hindwing without any purplish-blue colours.  This individual was also shot at the Pasir Ris mangrove area.
Subspecies malayana has been found on Pulau Ubin and Pulau Tekong, two offshore islands between Johor in Malaysia and Singapore island. Individuals that are more towards the colour of the Malaysian ssp malayana have also been spotted at Pasir Ris Park and Changi.
Text by Khew SK : Photos by Alan Ang, Janice Ang, James Chia, Khew SK, Koh CH, Lim CA, Loh MY, Loke PF, Jonathan Soong and Tea YK
Posted by Commander at 9:00 PM 0 comments