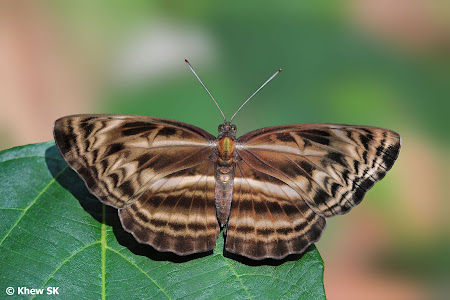 
We move apprehensively into the second half of the year 2020, a year that will most likely go into history as a significant year where an "invisible" enemy brought the world to its knees. COVID-19, a coronavirus that purportedly originated from the Chinese city of Wuhan, spread across the globe with such an exponential speed that had many governments scrambling to contain the pandemic, resulting in the current global infection rate of over 14 million people with more than 600,000 deaths and counting! 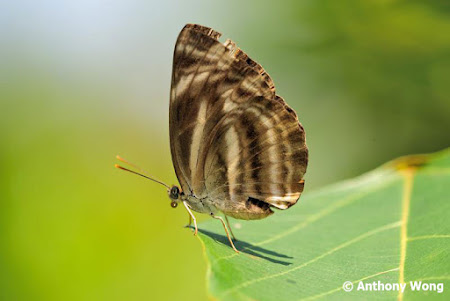 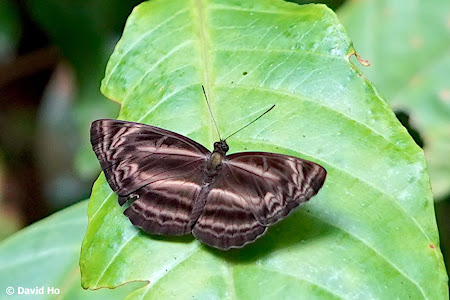 Coupled with nation-wide lockdowns and travel bans, the world reeled in the face of severe economic crisis as businesses fold, employees are retrenched and governments dig deep into their reserves or incur significant debts to save businesses and jobs. The race to find a vaccine continues, as nations that are relaxing their lockdowns are beginning to experience 2nd and even 3rd waves of infections amongst their populations. 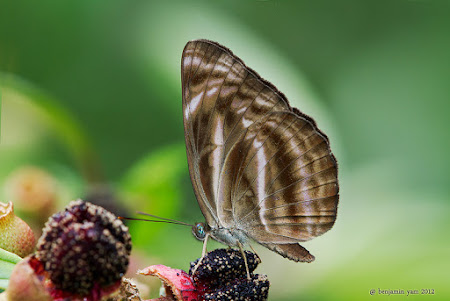 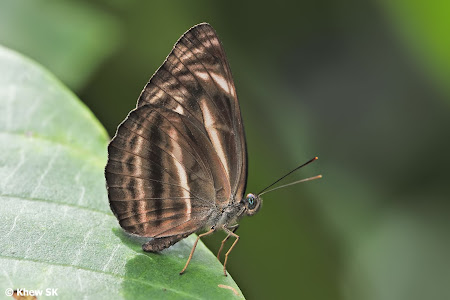 The underside of the Chocolate Sailor is somewhat similar to the upperside, but much paler in colour

Back in Singapore, as we were just getting the hang of the phased opening of the lockdowns, the government decided to call the General Elections. With various measures that continued to be in place to prevent another surge in infections, GE2020 was unprecedented in that all campaigning was done digitally via mainstream and social media. For the first time since independence (and even before) there were no mass rallies and crowds listening to the candidates campaign. 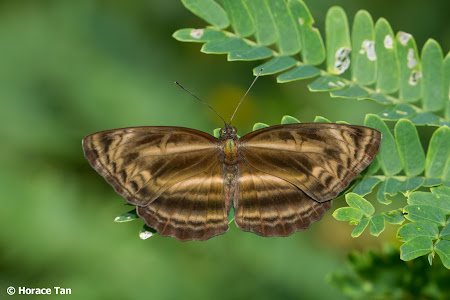 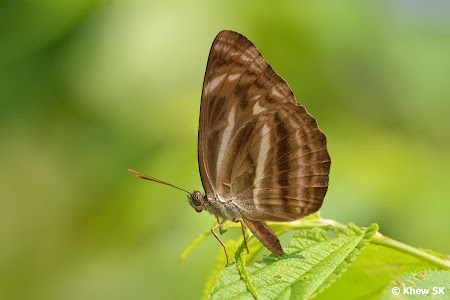 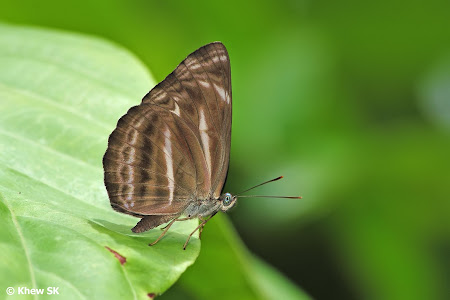 Various upperside and underside poses of the Chocolate Sailor

The result of the elections, as far as who would continue to govern Singapore, was not unexpected. The PAP secured 83 out of a total of 93 parliamentary seats. What was perhaps surprising, was the increased vote share of the opposition parties to almost 40% of popular vote, and the loss of two Group Representation Constituencies (GRCs) to the Workers' Party. This would mean that for the first time since 1965, there will be 10 elected Members of Parliament representing the opposition. 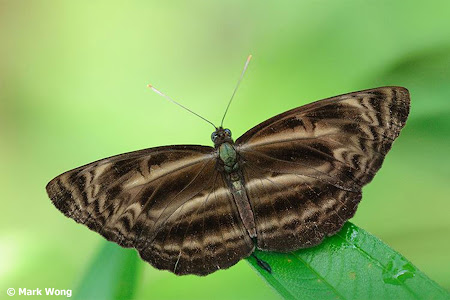 Our Butterfly of the Month for July 2020 is the Chocolate Sailor (Neptis harita harita) (or called Dingiest Sailer in other regional references). When it was first discovered in the Mandai precinct in the early 1990's it was a new record for Singapore, as it was not in the checklists of the early authors. It is one of three Neptis or "Sailors" species that are now extant in Singapore, but is the only all-brown species, compared to the other two black-and-white Sailors found in Singapore. 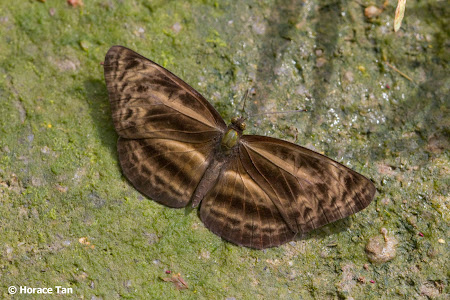 A Chocolate Sailor pudding at a muddy footpath 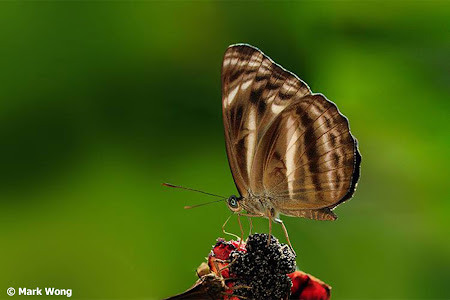 The Chocolate Sailor is a forest-dependent species and can usually be spotted within and along the fringes of Singapore's nature reserves. The species flies in the usual sailing fashion like its related cousins in the Neptis genus. It is usually observed singly, feeding on flowering plants, ripened fruits of the Singapore Rhododendron or just gliding amongst the forest vegetation. It is also known to puddle along damp forest paths and on decomposing animal matter. 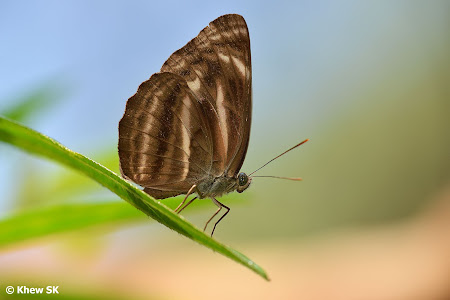 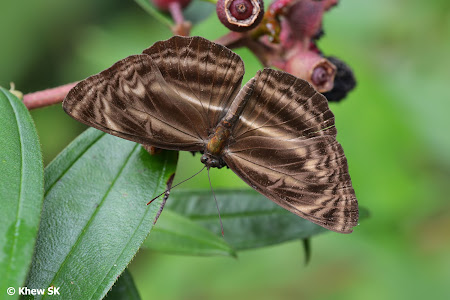 Whilst feeding on the ripened fruit of the Singapore Rhodendron, the Chocolate Sailor opens its wings

The Chocolate Sailor is dark brown on the upperside, and striped in the usual Neptis pattern. There is a distinctive crescent-shaped post-discal spot in space 2 of the forewing. The underside is a lighter shade of brown with markings similar to the upperside. In a sidelight, there is a slight hint of a violet shading on the lighter bands. 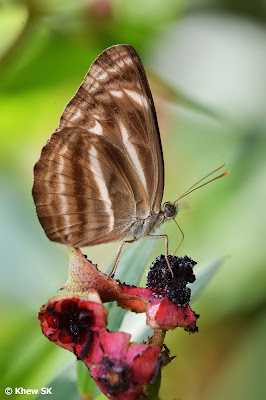 The caterpillar host plant that this "non-native" butterfly has been bred on successfully in Singapore is Poikilospermum suaveolens (Urticaceae). The plant is relatively rare and largely found in forested areas within the nature reserves. The complete life history of the Chocolate Sailor is recorded here.

Posted by Commander at 8:53 PM 0 comments