Butterfly of the Month - June 2013
The Rustic (Cupha erymanthis lotis) 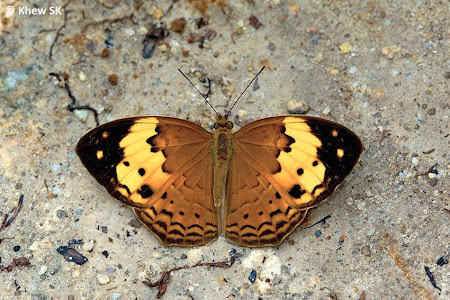 Tomorrow will be the last day of June, and we will cross the halfway mark for 2013. It seems like only yesterday that we were wishing each other a Happy New Year in 2013, and now, half the year is almost over. It has indeed been an eventful month for Singapore in June - at least for those residents who were not away from our little red dot during this school holiday month. As with any blog that has anything to do with nature, the environment and current affairs, it would be unthinkable to avoid talking about the dreaded HAZE. 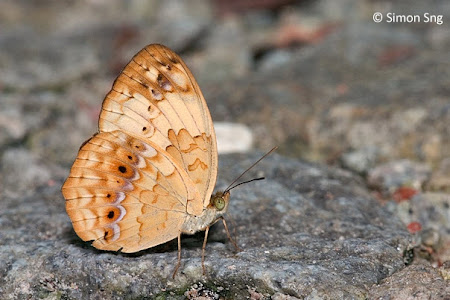 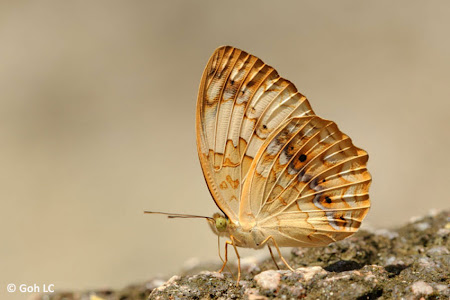 It is almost an annual environmental scourge that, during the dry season of the year, crop farmers and plantation owners in neighbouring Indonesia clear large tracts of land using their archaic (but cheap) method of slash-and-burn. In the past, where farmlands were more compact and the farmers used this method, the burning was more contained and manageable. In recent years, as large areas of land are cleared using the same method for oil palm plantations, the fires that are started take weeks to extinguish - but not before massive areas of greenery are razed to the ground. 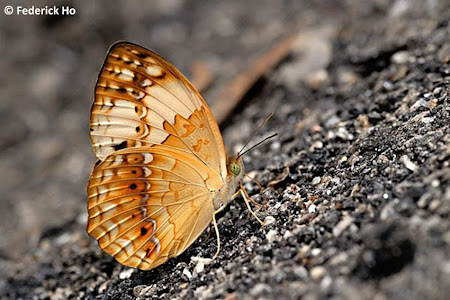 This June, the haze, as we call it, started some time in the middle of the month. As more fires were started on Sumatra, the large volumes of smoke generated was carried by the south-westerly winds over to Singapore. What started as a minor haze around the 15th and 16th of the month grew into something that was to set an all-time record for the Pollutants Standard Index (PSI) level that Singapore uses to monitor the island city's air quality. 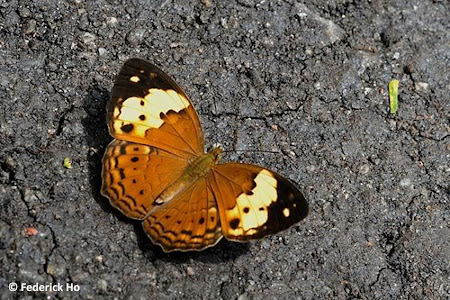 The last recorded high was in 1997 when the PSI level topped 226 when most of Singapore choked on the smog and kept cross-border diplomats busy with 'protests'. On 17 Jun 2013, at 12 noon, the PSI breached the 400 level and reached a historical record of 401 (and was way into the "hazardous" air quality level). Numbers notwithstanding, just being outdoors on that day made me feel like a trapped and helpless rodent in a burning and smoking building with nowhere to run. The air smelt of burnt wood and the smoke was absolutely smothering. 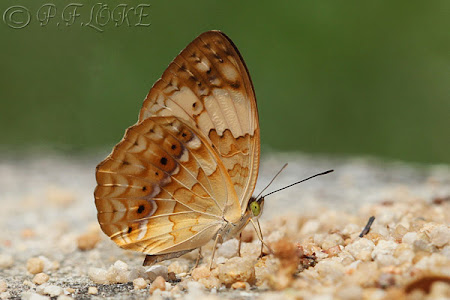 It was time again, for Singaporeans of all walks of life to don all manner of masks to try to go about their daily routine of commuting to and from work, and to carry out their daily activities in as normal a manner as possible. The recommended 3M N95 face masks, touted to be more effective than the surgical masks, flew off the shelves of the retailers that stocked them. 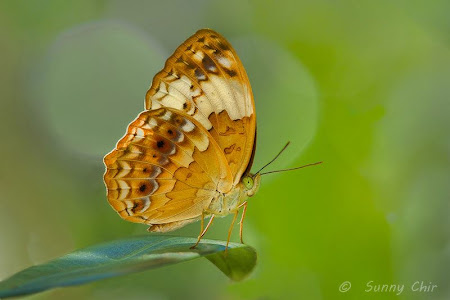 And so came the annual haze, courtesy of the old ways of the farmers in Indonesia, and the exploitative large-scale commercial companies whose primary aim is to maximise their profits with the wanton destruction of large tracts of land for their money-spinning oil palm plantations. I wonder how long more this will continue to happen, before Mother Nature strikes back again. 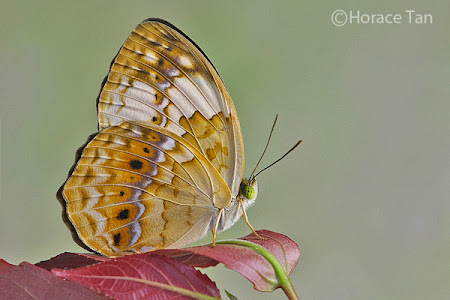 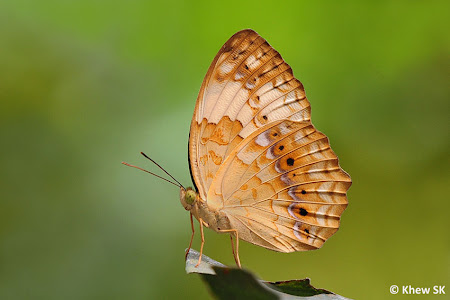 This month, we feature a medium sized Nymphalid, the Rustic (Cupha erymanthis lotis). An active and skittish butterfly, the Rustic often leaves many a photographer seething with frustration as it has a wide circle of fear and it takes off quickly before a photographer has a good chance of taking a shot of it at close range. Occasionally, however, when it is attracted to sweat and other food sources that it likes, the Rustic becomes more cooperative and allows a photographer to approach it. 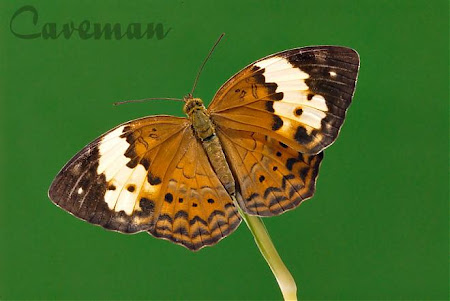 The Rustic is a restless flyer and constantly on the move in its habitats in the forested areas of Singapore. The upperside is orange-brown with a yellow discal patch and a black apical area on the forewing. The wings are ornamented with black spots and streaks. The underside is pale yellow orange, but with essentially the same black markings and spots as above. 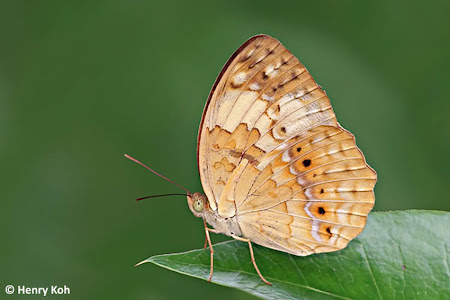 The butterfly is usually observed singly and is quite widespread in Singapore.  Although it prefers the safety of the forested nature reserves, individuals have been observed in urban parks and gardens where its caterpillar host plants - Flacourtia rukam and Flacourtia inermis, which it shares with other closely related species like the Leopard and Vagrant. 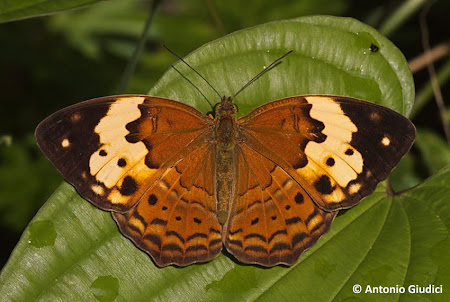 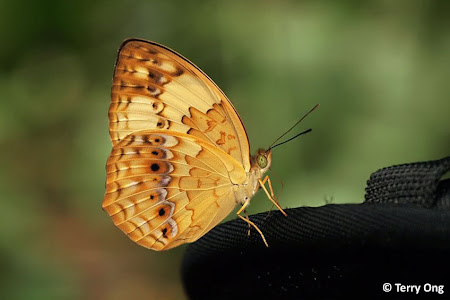 The complete life history of the Rustic has been recorded on this blog here. The caterpillar host plants, particularly Flacourtia inermis has been cultivated in many parks and gardens as a feature plant, e.g. Fort Canning Park, Ang Mo Kio West Town Park and Gardens by the Bay, and will probably attract the species to these parks from time to time. 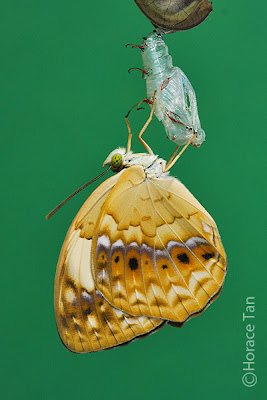 Let us hope that the urban greening of Singapore continues to favour butterfly biodiversity, as we move towards more biodiversity-friendly strategies to promote and enhance nature. In our city planning there are ample opportunities to allow development and nature to co-exist in harmony, and it is up to everyone who cares about nature to work towards this vision.