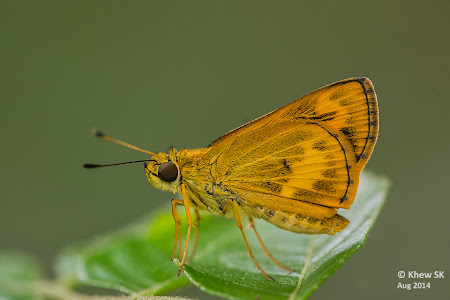 The Common Dartlet is one of several species of small skippers that are orange with black markings. In flight and in the field, it can be challenging identifying these skippers due to their similarity in appearance and features. The Common Dartlet, from the genus Oriens, can generally be identified by their less distinct underside markings with the wing veins barely dark dusted.

It is fast-flying like most skippers, but can often be encountered in shaded spots resting with its wings folded upright as shown in the picture above. This individual was resting in the understorey along a forest trail in the Mandai area where it was shot last weekend.