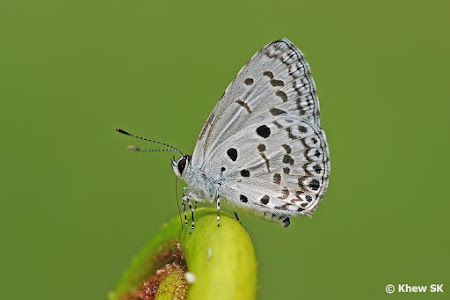 It is the month of June already, and the summer heat is upon us.  I was in India recently, and in particular New Delhi. A few years back, I came across an article that mentioned that the heat was so intense in New Delhi, that the tarmac on the road actually melted! It seemed very far away at that time, and it was not something that I could empathise with, despite Singapore's own "unbearable" heat. 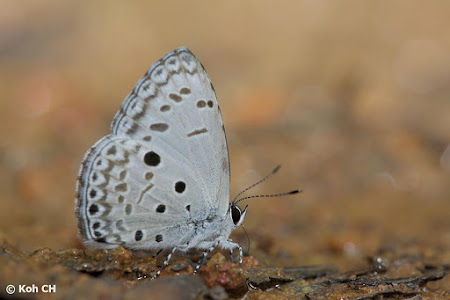 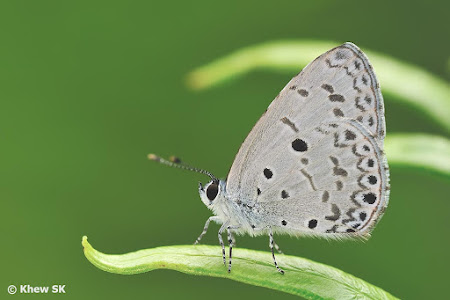 This time around, I experienced the New Delhi summer heat for myself. Even coming out of the airport just past 10pm in the evening was like walking into an oven despite it being late at night. The next couple of days out for site visits, we faced temperatures reaching the mid 40's degC with relative humidities under 20%. Looking back at the article which showed pictures of the tarmac melting, I could personally experience the intensity of the heat now. I do not want to imagine other parts of the Middle East where temperatures can soar to the 50's! 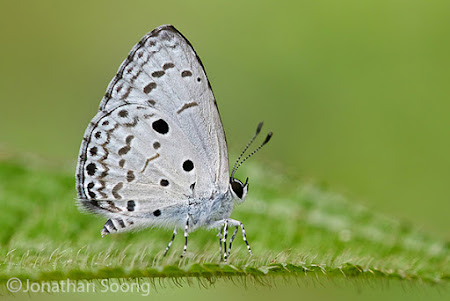 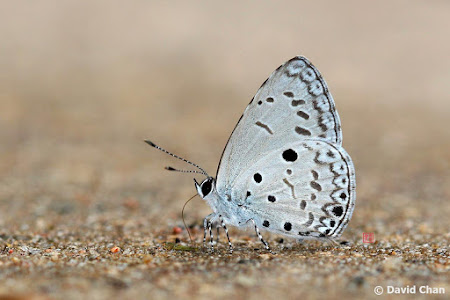 It is always amazing to see how the locals go about their daily business, despite the unbearable heat. Perhaps the human body is so adaptable that it can acclamatise to the environment after some time. But the issue of climate change and global warming is something that is real, and there have been temperature simulations by scientists to show parts of the world that may become inhabitable if the global temperatures continue to increase over the coming decades. Over in the economic world, global concern for the trade war between the US and China mounts, as tit-for-tat measures continue to cause collateral damage to both sides. The US 'attack' on specific companies like technology company Huawei also triggered retaliatory reactions from China that will only cause misery to companies on both sides of the Pacific, and other countries in the region that have significant trade relations with both the US and China. 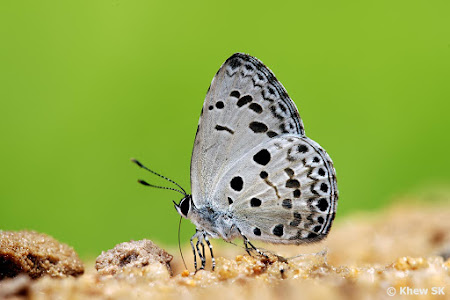 Our Butterfly of the Month is the diminutive Lycaenid, the Common Hedge Blue (Acytolepis puspa lambi). A common butterfly in Singapore, the Common Hedge Blue can be encountered in urban parks and gardens, although more often observed in the fringe areas of the nature reserves. It is a fast-flying butterfly, but is regularly encountered puddling on damp footpaths and tracks. 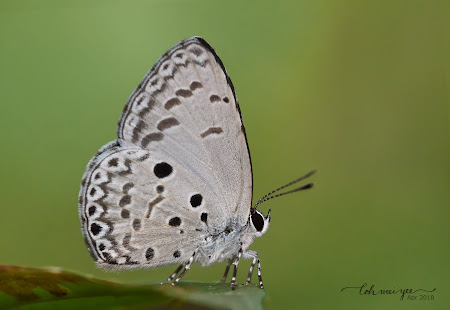 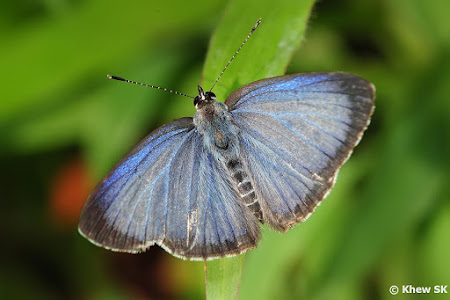 
The male Common Hedge Blue is shining blue on the upperside, with a black marginal border on both wings. The female is pale greenish-blue with broad black borders on the forewing and heavily black-dusted on the hindwing. 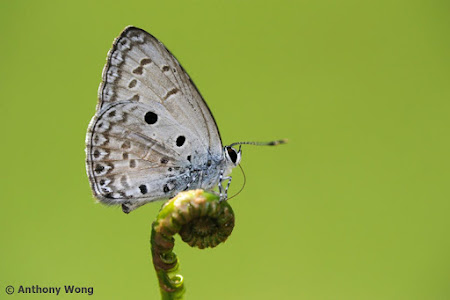 The underside features the usual black and grey spots and streaks on a whitish-grey ground colour on both wings. The species can be distinguished by the small black spot at the base of space 7 on the underside of the hindwing. The marginal cilia is chequered and is more prominent in pristine individuals. 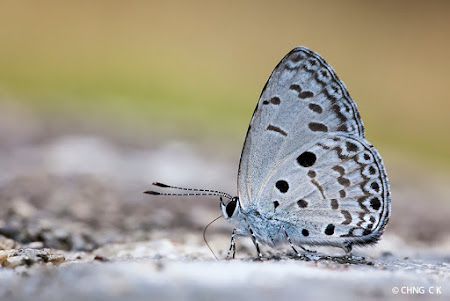 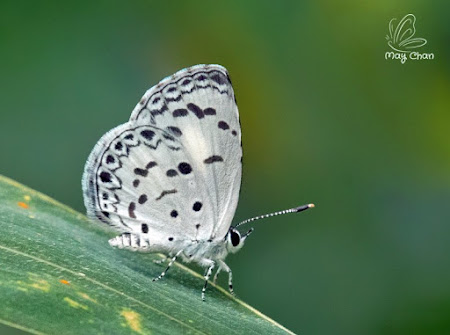 This species exhibits a wide variability in its underside markings, and there have been relatively frequent encounters of aberrant individuals. The position, size and relative adjacencies of the spots and streaks can vary quite a bit from individual to individual, often suggesting that it may be a different species altogether! A blogpost featuring this variability can be found here. 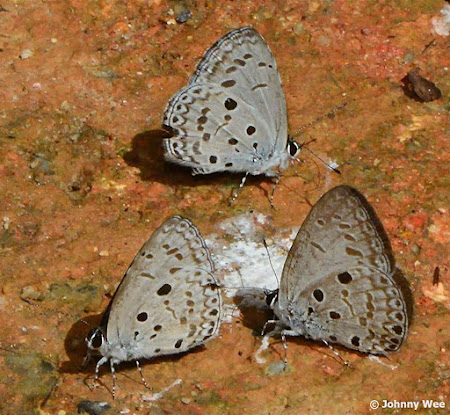 
The Common Hedge Blue has an erratic flight and found flying rapidly amongst low shrubbery. It is partial to human sweat and sometimes stops to puddle on a sweaty forearm or hand of visitors to the parks. It can regularly be encountered puddling on bird droppings on leaves or on forest trails, and sometimes seen in the company of other butterfly species when puddling. 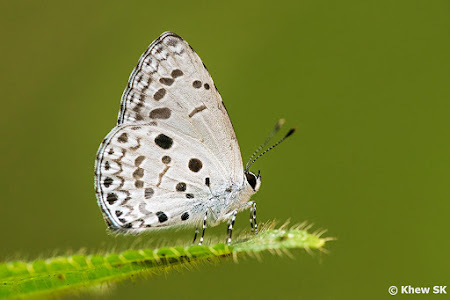 A Common Hedge Blue excretes a liquid "bubble" whilst puddling


The species is sometimes confused with the smaller (and rarer) Malayan (Megisba malaya sikkima). But a quick comparison of the size, the forewing markings and in particular the short hindwing 'tails' on the Malayan, the two species can be easily separated. Over in Malaysia, where there are several more lookalikes, it is harder to identify the cryptic species that appear to be very similar in size and markings to the Common Hedge Blue. 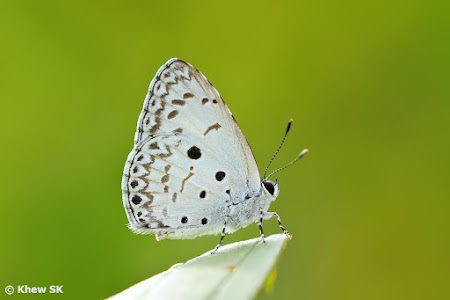 The Common Hedge Blue has been successfully bred on three local plant species in Singapore - Combretum sundaicum, Ventilago maingayi and Prunus polystachya. There are likely to be other caterpillar host plants of this common butterfly which have yet to be discovered.