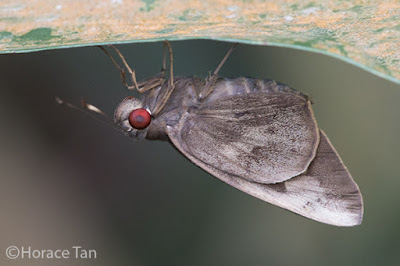 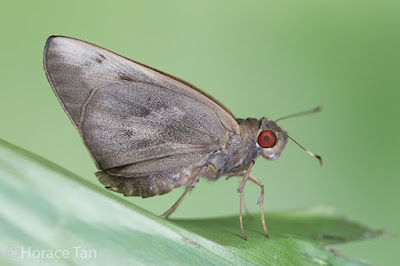 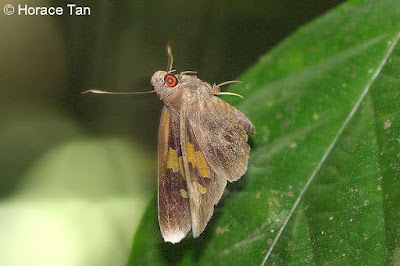 A male White Tipped Skipper taking off from its perch, giving a view of the upperside of its forewing and whitish wing tip. 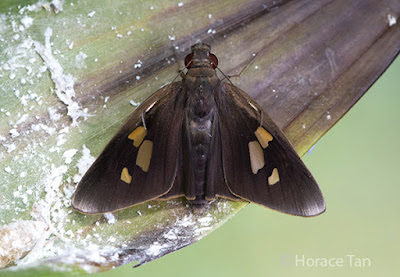 The upperside view of a newly eclosed male White Tipped Skipper, showing the whitish wing tips of the forewings.

The eyes are red. On the upperside, the wings are dark brown. The forewing has three large, yellowish hyaline spots in spaces 2, 3 and cell-end, whereas the hindwing is unmarked. In the male, the forewing has a whitened apical patch (which is absent in the lookalike species: E. torus and E. thrax ). On the underside, the wings are paler brown with the upper half of the forewing and the entire hindwing dusted with pale buff. 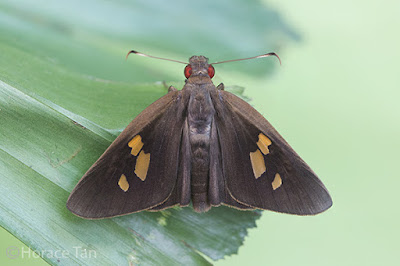 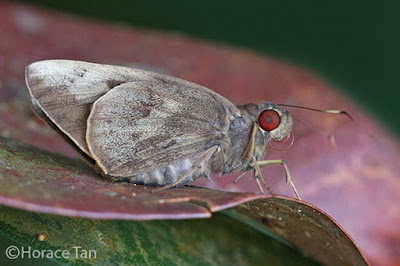 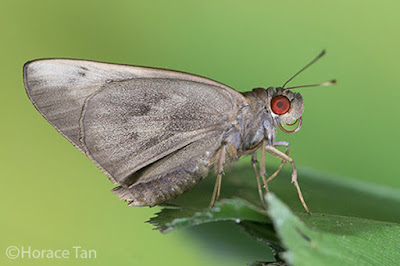 The White Tipped Skipper is moderately rare in Singapore. It is the smallest of the three lookalike Erionota species in Singapore. The adults are fast fliers and are usually found in dark and shady corners of vegetation in  the nature reserves, hill parks and coastal wetlands. They have the habit of perching with closed wings and could be hard to spot in the shady habitat they inhibit. The immature stages of White Tipped Skipper are easier to find than the adults.

Click here to read the rest of the article
Posted by Horace at 8:57 PM 0 comments