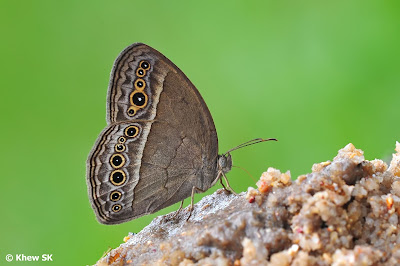 A Burmese Bush Brown (Mycalesis perseoides perseoides) puddling at damp sand
In this second part of the article on the Bush Browns of Singapore, we take a look at the remaining 3 species of Bush Browns that are cryptic and are more challenging to distinguish due to their generally similar appearances. These 3 species are not uncommon and are widely distributed across Singapore from parks and gardens to the forested nature reserves. 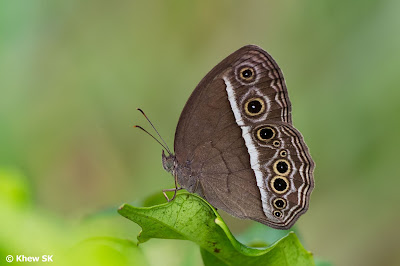 A Dark Brand Bush Brown (Mycalesis mineus macromalayana) perches on a leaf
The species are not particularly attractive to the casual observer, being typically brown with a series of submarginal ocelli across both wings. As they are alert and skittish and when disturbed, quickly fly off amongst the low shrubbery and grassy habitats where they prefer, many observers will often ignore them in the field. 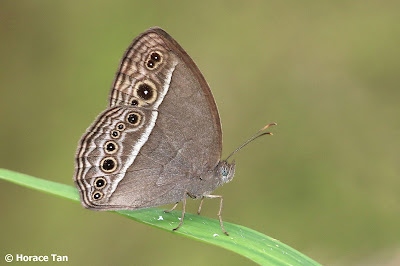 A Long Brand Bush Brown (Mycalesis visala phamis) perches on a blade of grass
The Bush Browns are sometimes seen feeding on the ripened fruits of the Singapore Rhododendron (Melastoma malabathricum). They are rarely seen feeding at flowers, but occasionally encountered puddling at damp trails and streambanks or feeding on the sap of damaged trees and branches. Most of the time, they are spotted perched on the tops of leaves with their wings folded upright.Occasionally, particularly in the early morning hours, some individuals may be seen opening their wings to sunbathe.
4. The Dark Brand Bush Brown (Mycalesis mineus macromalayana) 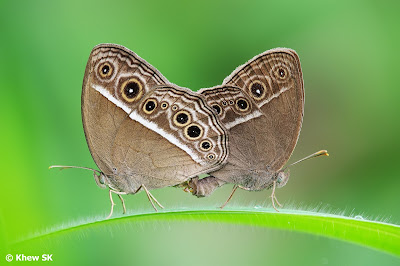 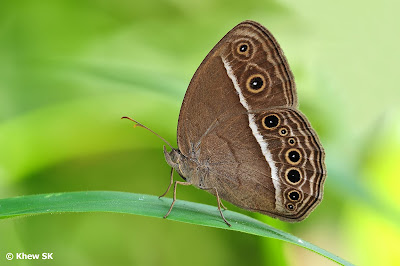 The Dark Brand Bush Brown is probably the most common and widespread amongst the Bush Brown species. It can be found in urban parks and gardens and even in pockets of greenery the vicinity of residential estates. The species' caterpillar host plants are grasses - Cow Grass (Axonopus compressus) and Buffalo Grass (Paspalum conjugatum). 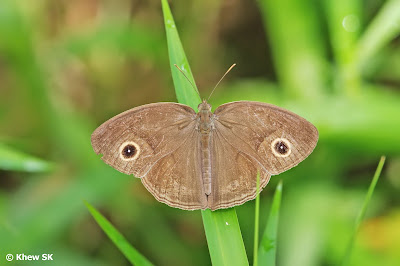 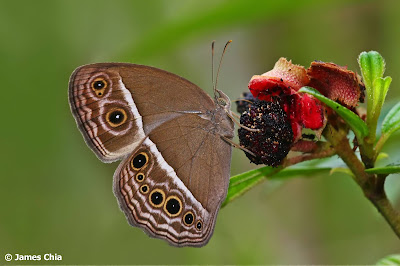 A Dark Brand Bush Brown feeding on the ripened fruit of the Singapore Rhododendron
The species is a drab greyish-brown upperside and a paler underside that features a white post-discal band across both wings (this band is much wider in the female compared to the male). There are usually two large ocelli on the underside of the forewing with some obscure smaller ocelli which can be variable in different individuals. 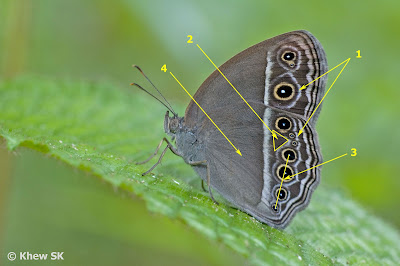 ID Key and Tips - What to Look Out For :
5. The Long Brand Bush Brown (Mycalesis visala phamis) 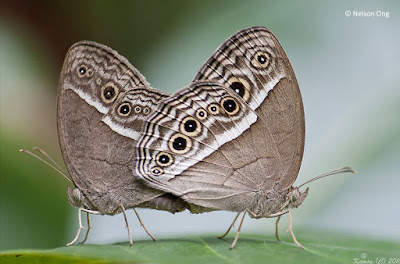 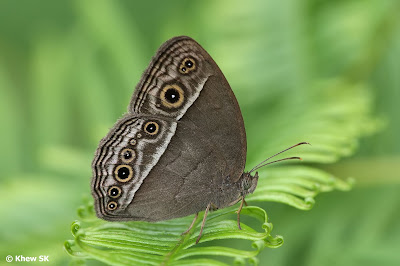 The Long Brand Bush Brown appears quite similar to the previous species, and found in almost the same localities and habitats. The Bush Browns usually prefer shaded or semi-shaded environments and fly low amongst the grassy undergrowth. The caterpillar host plants are also grasses but different from those of the Dark Brand Bush Brown. The two locally known host plants are Isachne globosa and Ottochloa nodosa, which the species shares with a number of other Satyrinae and Hesperiinae butterflies. 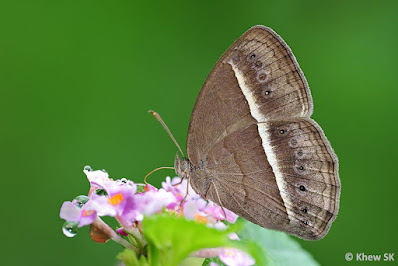 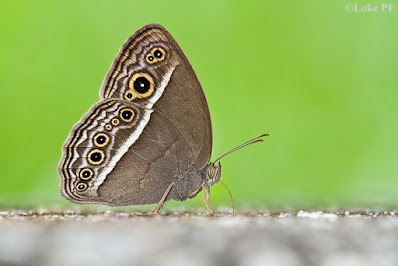 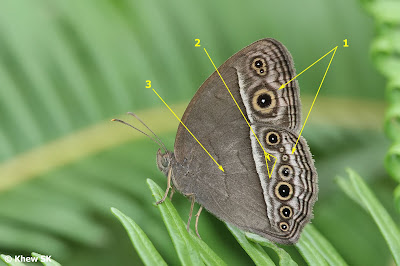 ID Key and Tips - What to Look Out For :
6. The Burmese Bush Brown (Mycalesis perseoides perseoides) 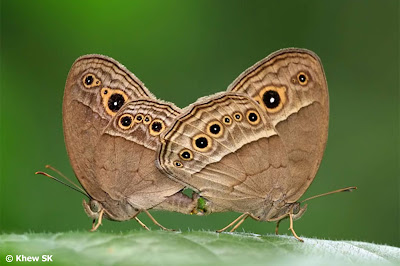 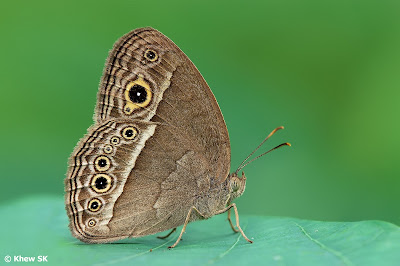 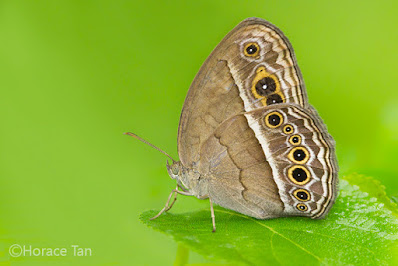 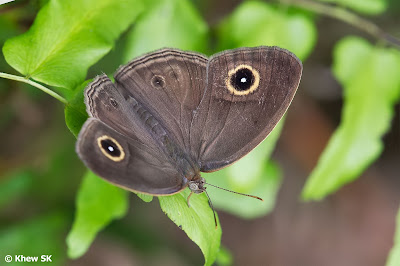 Upperside of a sunbathing Burmese Bush Brown
The Burmese Bush Brown is a dull brown on the upperside with a large yellow-ringed ocellus in space 2 of the forewing. This is typical of the other species of this genus. The underside is a paler brown with the characteristic white post discal band across both wings. The submarginal ocelli are yellow-ringed. On the underside of the forewing, there are occasionally faint lines. The brown discal line is irregular and stretches down to almost the dorsal edge, with a "tooth" at vein 1b. 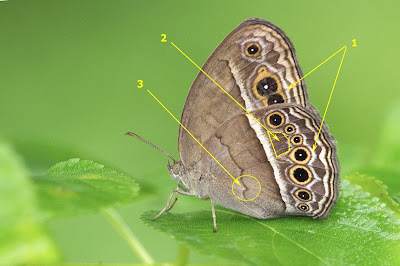