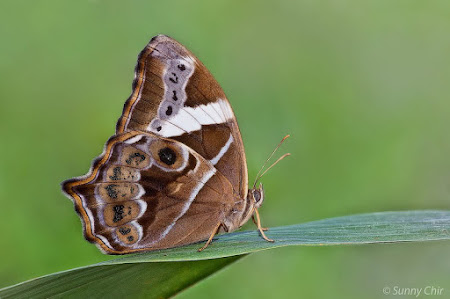 The 3rd month of 2015 started quite uneventfully, with nothing out of the ordinary with regard to world news, besides the usual stuff filling our news portals daily. The weather is a lot drier now in Singapore, as the shift from the wet months of the year end gave way to rainless days and parched landscapes. Some sporadic bush fires that occurred were promptly put out by our efficient Fire Service (SCDF). 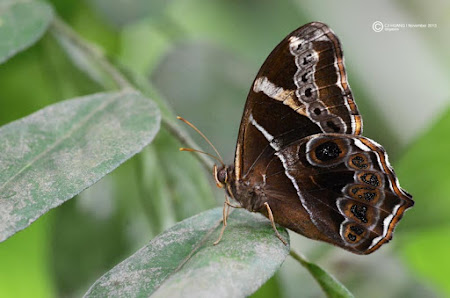 We are well into the Chinese zodiac's Year of the Goat now, as our new year celebrations ended after 15 days of feasting and tossing raw fish salad with vociferous "huat ah" during our numerous traditional "lo-hei" sessions to bring good luck for the coming year. And lucky were two punters, who won S$6M apiece in the Singapore Toto Lunar New Year Hongbao draw! 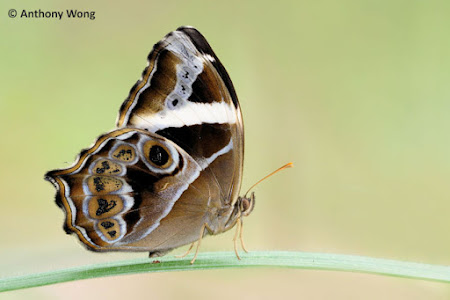 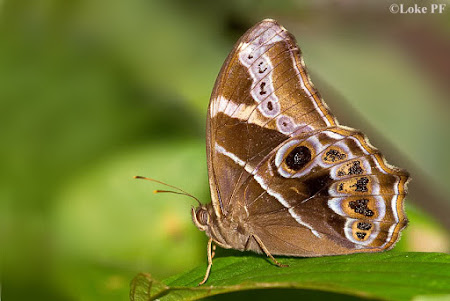 Speaking of fish, the spate of fish deaths in the waters of Singapore continues to be a mystery. It was reported that on Feb 28, a wave of plankton bloom wiped out almost all fish stock at several fish farms on the eastern coast of Singapore. The authorities said that as of early March, the bloom had killed an estimated 500 to 600 tonnes of fish after affecting 55 out of 63 fish farms along the East Johor Straits and like an invisible spectre, continues to spread within Singapore's waters. The plankton bloom is known to suck oxygen from the sea, hence killing all life in the water. Another symptom of global warming? 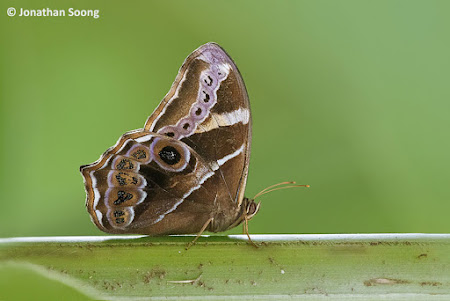 This month's feature butterfly is the Bamboo Tree Brown (Lethe europa malaya). The Bamboo Tree Brown primarily occurs in lowland forests where its preferred host plant, the bamboo, is cultivated. It is likely that its caterpillars may also feed on several species of Bambusa and other related types of monocotyledons in Southeast Asia. 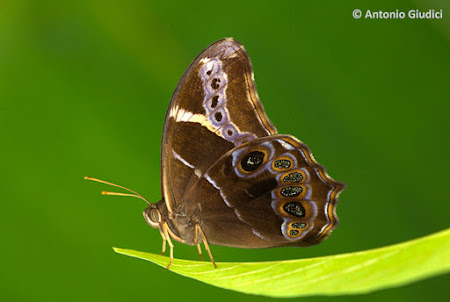 A Bamboo Tree Brown shot in Southern Thailand, where the same subspecies malaya is also found

The butterfly appears to be more often observed during the rainy season months of the year and is most active the early and late hours of the day. In rural areas, it is occasionally attracted to the lights in houses, perching on the walls under the lights until a hungry house lizard (or locally known as the chichak) comes by. 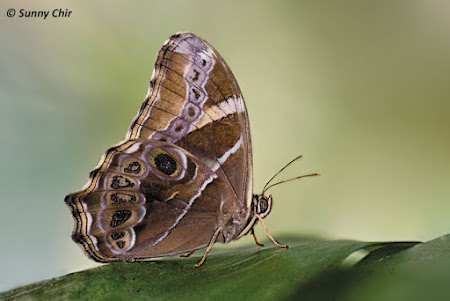 This species is surprisingly uncommon and local in Singapore, where only a small number of sightings of the butterfly has been recorded and in very localised areas. Some areas where it was seen were at the Khatib Bongsu, Sime Forest, Pulau Ubin and at the Singapore Botanic Gardens (always not far from where its host plant grows). 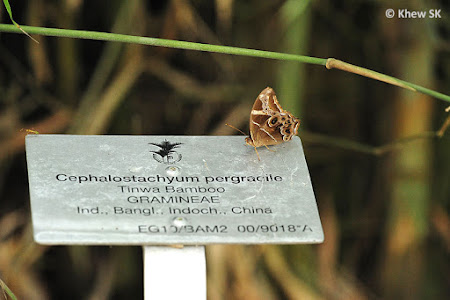 A Bamboo Tree Brown perching on a sign at the Bamboo Grove at the Singapore Botanic Gardens, where it is often spotted

The Bamboo Tree Brown flies in a hopping manner quite similar to the related Mycalesis and Orsotriaena species and remains close to the ground. It stops to rest on the top surfaces of leaves or twigs, with its wings folded upright. The butterfly is skittish and has a wide circle of fear and is usually difficult to approach to photograph. A lot of patience on the part of the photographer is required before a decent shot of this butterfly can be achieved. 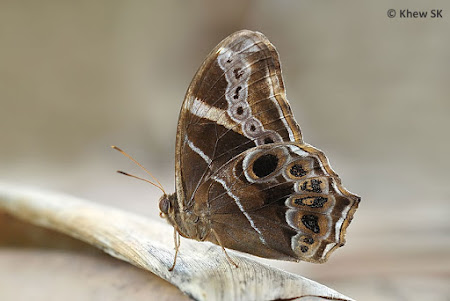 This species usually lurks in the vicinity of shady undergrowth amongst bamboo clumps and leaf litter. Once it is disturbed and springs from the undergrowth, it is not easy to track as it flies quickly and its cryptic underside wing patterns camouflages itself when it lands amongst thick bushes and dried leaves. 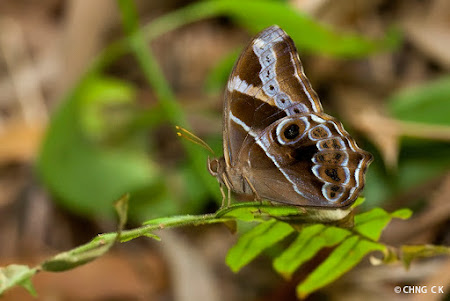 Occasionally, it is attracted to tree sap and rotting fruit on the forest floor, and whilst it feeds greedily, it may be distracted and gives an observer a better chance of approaching it before it flies off again. It is very rarely seen to display the upperside of its wings. 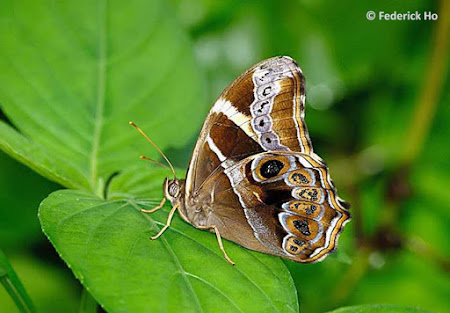 The Bamboo Tree Brown is predominantly brown above, with females having a wider subapical band on the forewing compared to the male. The undersides bear a number of cryptic patterns with thick lilac ocelli on the forewing. There is a short "tail" at vein 4 of the hindwing. 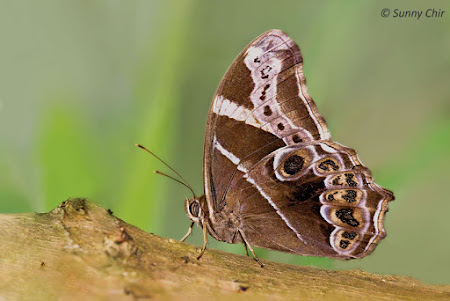 In Singapore, it is the 2nd largest species amongst the Satyrinae found here, only slightly smaller than the Common Evening Brown (Melanitis leda leda) which is another species whose caterpillar also feeds on monocotyledons.