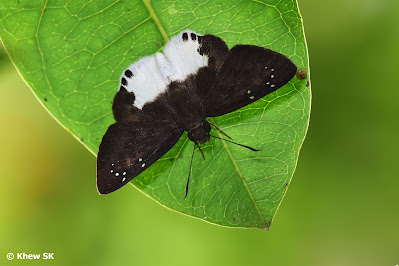 Once again, another month passes. In Singapore, May 2022 can go down in history as our "Independence Month" - a month where the control measures on Covid19 have been rolled back to such an extent that an almost pre-Covid normalcy is back in our lives. Shopping malls are crowded, restaurants and other food-and-beverage establishments fully booked, workers are back in offices, traffic is back to the normal rush-hour crawls and people walking about in open spaces without face masks. 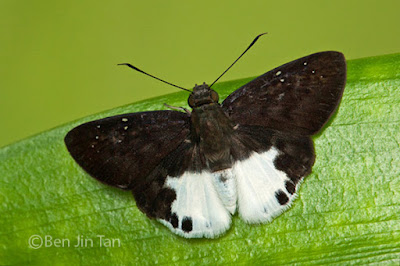 A sunbathing Malayan Snow Flat with its typical open winged pose
It is a very much needed boost to the economy, although not without certain challenges. Besides the Great Resignation exodus affecting many industries, salaries are rising rapidly and talent attraction is far more difficult than it ever was in the past few years. Business challenges continue in a more competitive and aggressive environment. And the prediction of an impending recession is already in the air. 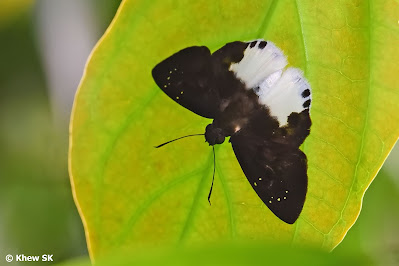 Globally, it has become accepted that the pandemic is under control, and travel restrictions are lifted in most countries. The Omicron variant of the virus is, whilst more infectious, is also fortunately, less dangerous and is generally less fatal than its predecessors. China, on the other hand, maintains its zero-covid strategy, and continues to lock down its cities the moment infection cases rise. Whether this is the correct strategy when the rest of the world has taken a different stance in accepting the virus as endemic, remains to be seen. 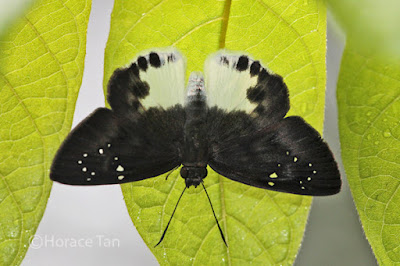 Singapore's 13th edition of the Festival of Biodiversity was held on 21-22 May 2022 at the Singapore Botanic Gardens. Despite fewer booths compared to past Festivals, it was good to get out and meet fellow nature enthusiasts in person again. This year, Minister for Education, Chan Chun Sing was the guest of honour, as the theme pointed towards the education of our younger generations in the area of nature conservation. 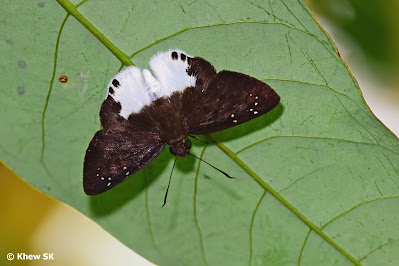 A Malayan Snow Flat takes refuge on the underside of a leaf
ButterflyCircle also worked with NParks to come out with a simple and very portable field guide to the butterflies of Singapore. Special thanks to the contributors who shared their butterfly photos in the field guide. The guide is not for sale, but given free to volunteers of NParks BioBlitz and Butterfly Watch surveys. Do look out for these events on the NParks social media and official websites. 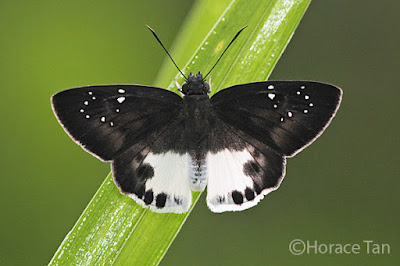 Our Butterfly of the Month for May 2022 is the Malayan Snow Flat (Tagiades calligana), one of four "Snow Flats" that are found in Singapore. The Snow Flats from the family Tagiades, belong to the subfamily Pyrginae, featuring skippers that typically pose with their wings opened flat on top or below leaf surfaces. Even when feeding at flowers, the wings of the Pyrginae skippers are opened flat as they maneuver themselves to probe their proboscis into the flowers for nectar. 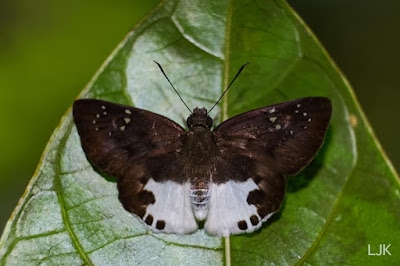 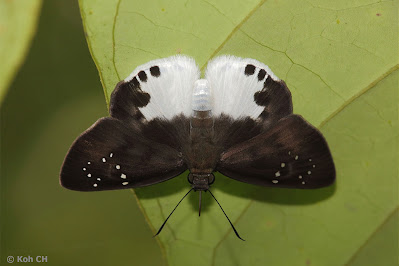 The Malayan Snow Flat is a moderately rare species that inhabits the forested nature reserves. Preferring to forage along the forest edges amongst shrubs and bushes, it is usually active in the earlier hours of the day. In the mornings, it can sometimes be seen sunbathing on the uppersides of leaves. As the day wears on and the weather gets warmer, it typically adopts the behaviour of many of the "Flats" in flying rapidly and settling on the undersides of leaves with its wings spread open flat. 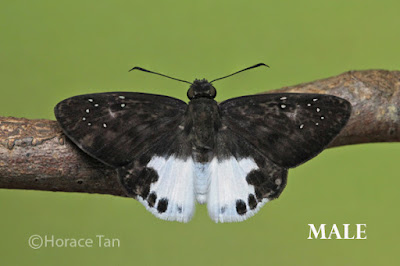 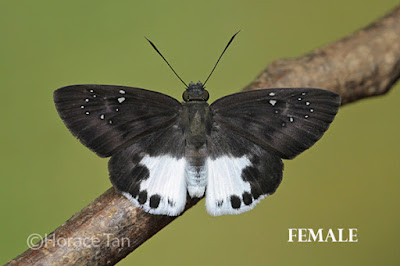 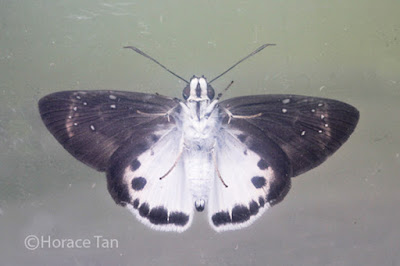 Male, female and underside shots of a Malayan Snow Flat
The Malayan Snow Flat is dark brown above, with the usual hyaline and sub-apical spots on the forewing. On the forewing, there is a white hyaline spot in each of spaces 3,4,5,6,7,8 and 11. The forewing cell features an elongate upper spot, and in some specimens, a smaller lower spot. Additionally, the female has one spot in space 2. On the hindwing, there is a large white tornal area with its inner edge reaching vein 6. In this whitened area, there are black marginal spots at the end of veins 1b, 2 3 and 4, with the one at vein 1b rather faint and even absent in some specimens. The hindwing tornal area is almost pure white and contrasts with the darker parts of the wings. The submarginal spots on the upperside of the hindwings are large and rounded and usually lacks a spot at vein 1b, which distinguishes this species from its lookalike cousins. The white area on the underside is more extensive and extends to the basal area. 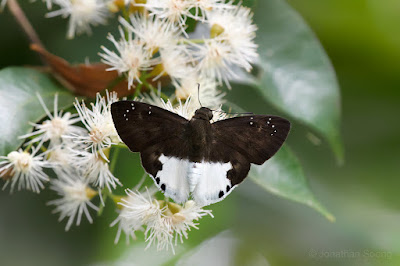 A Malayan Snow Flat feeding at the flowers of the Spicate Eugenia (Syzygium zeylanicum)
The species has been successfully bred in Singapore on the caterpillar host plant Dioscorea pyrifolia (Dioscoreaceae). The adult butterflies are sometimes seen feeding on flowering plant like Syzygium and on bird droppings on the forest floor and on vegetation.
Text by Khew SK : Photos by Khew SK, Koh CH, Low JK, Tan BJ, Horace Tan and Jonathan Soong.
Posted by Commander at 10:18 PM