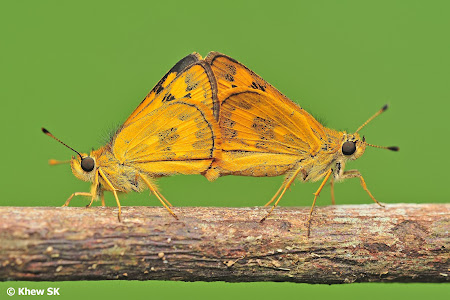 
We are now into August 2020, and the pandemic continues to haunt the world. We are contemplating the "new norm" as our lives have to adapt and evolve to accommodate the way we work, live, learn and play. Today, the term WFH (Work From Home) is immediately understood by everyone, people are familiar with online shopping and ordering food, students have come to terms with attending lectures on online platforms under home-based learning programmes, and so on. 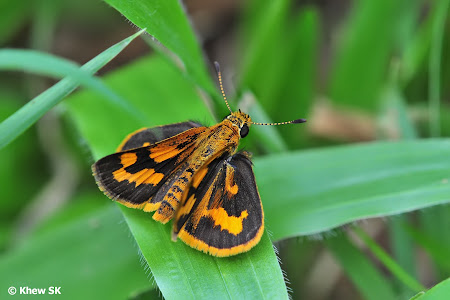 
For those of us who travel around the world, whether for work or leisure, will find that the "new norm" will make travelling by air a very different experience from now on. Just as air travel changed (and inconvenienced everyone) after the 911 attack in the US, the COVID-19 effect will certainly transform the whole aviation industry in the way we travel from place to place in future. 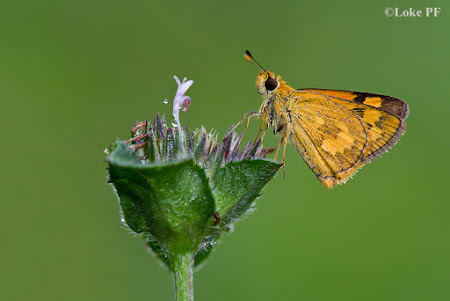 Personal protection equipment on flights, like face masks, will be the standard once inter-country travel restrictions are lifted. As would be temperature checks, health checks, swabbing and a myriad of other unprecedented procedures and processes that will make air travel very inconvenient and probably uncomfortable. The prospects of having to be quarantined for the mandatory 14 days if one is found unwell when reaching the destination country would probably be something that travellers would have to contend with, in future. 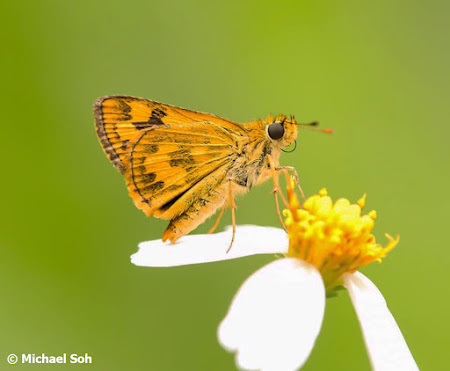 Over in Singapore, the battered economy is taking time to heal itself, as the government extended a financial helping hand to businesses severely affected by the pandemic. Those on the front line of the aviation, tourism, F&B, commercial sectors were the hardest hit and needed help most. The migrant workers' crisis that specifically hit Singapore worst, severely affected the built environment sector and had a cascading effect on consultants, suppliers and contractors. 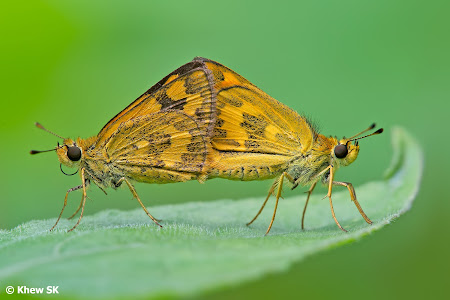 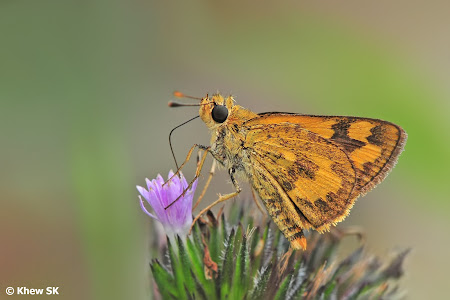 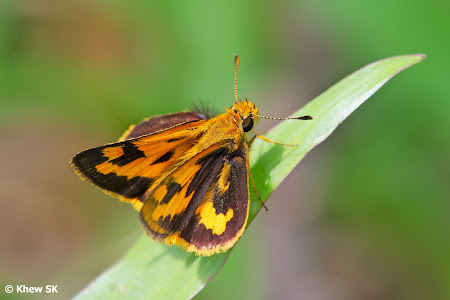 A Yellow Grass Dart sunbathes on a blade of grass.  Note the antennae and the lack of the apiculus (hook) that most other skippers have


The Yellow Grass Dart is a new discovery for Singapore, as it was not recorded on the early reference checklists. It was first documented as a new find back in August 2004, and is now featured as our butterfly of the month for August 2020, sixteen years later. The species continued to be regularly observed, mainly within the nature reserves of Singapore, and along the fringes and buffer areas adjacent to the nature reserves, such that it has been confidently considered as an extant species in Singapore. 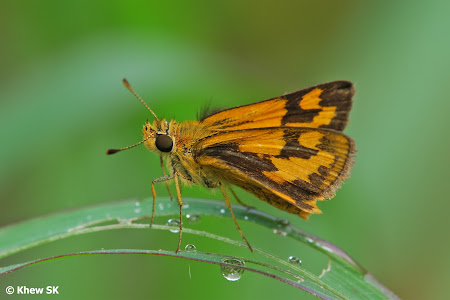 
The distinctive feature of the Taractrocera genus is the absence of an apiculus (hook) on the antennae that is typical of the Hesperiidae family (Skippers). Of the two species found here, the Spotted Grass Dart was recorded as "not having been taken in the last century (from 1801-1900)". It was considered extinct in Singapore until it was regularly observed again from 1990s till today. The Yellow Grass Dart, however, was only discovered in 2004 and is technically classified as a non-native or exotic species. 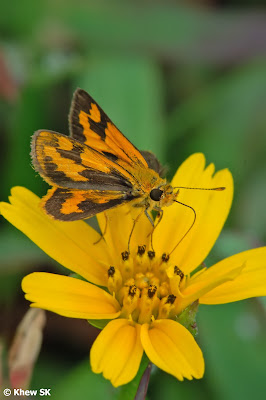 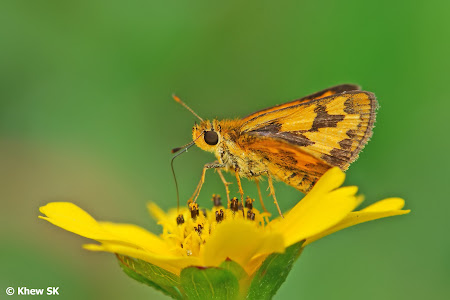 The Yellow Grass Dart is dark brown above, with orange spots and streaks on the fore- and hindwings. The orange markings form a continuous streak from the base to the costa of the forewing above. The underside is paler and the orange markings more extensive. The hindwing cilia are not chequered and of the same orange colour as the other markings on the wings. 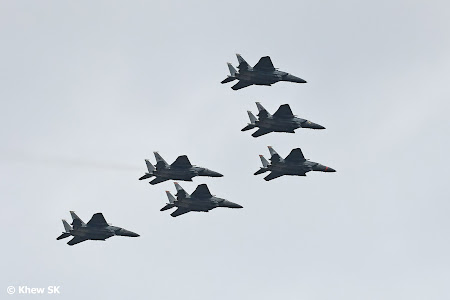 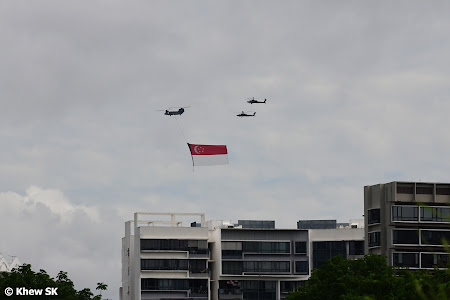 To all our Singaporean readers, a Happy 55th National Day and here's to many more years of appreciating, watching and photographing Nature's Flying Jewels on our biodiversity-rich little island in the sun!

Posted by Commander at 9:07 PM

Hi Commander, Anthony and Horace, my name is Lei Wei and I am a producer from Mediacorp Channel 8. I am currently exploring a feature story about Singapore Butterflies for Hello Singapore programme and would like to connect with three blog authors for possible filming arrangement.
Please feel free to contact me through WhatsApp or email:
+65 8700 8178
sowleiwei@mediacorp.com.sg

Understand that comment moderation has been enabled, kindly do not publish my comment as it contain personal details.
I am looking forward to talk to you soon!