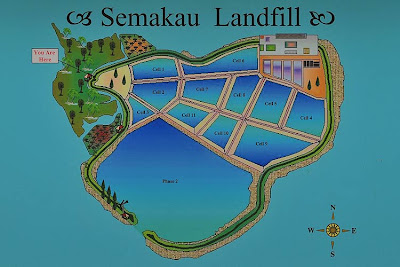 Last Sunday, 7 Mar 2010, twelve members of ButterflyCircle made a return trip to Pulau Semakau for a butterfly survey, after the last outing over a year ago on 28 Feb 2009. The objective of this outing was to ascertain if there are more species that have been missed out in the previous surveys during the writing of the book on Semakau. 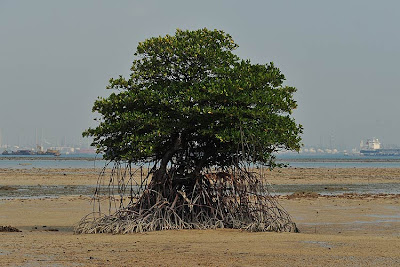 This time, the team comprised several senior members of ButterflyCircle, as well as a number of newbies going to Semakau for the first time. 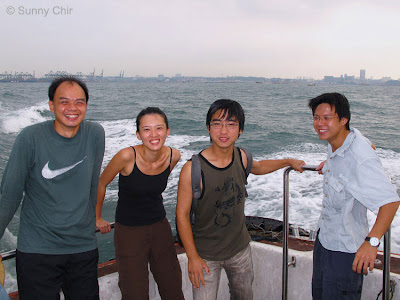 After an uneventful and short trip under an overcast morning sky, the group disembarked at the jetty on Semakau, and greeted by our bubbly host, Patrick Yu of the NEA. For the benefit of the first-timers, we did a quick tour of the waste processing facilities at the main building, before heading towards the forested patch where we did our surveys during our last few outings. 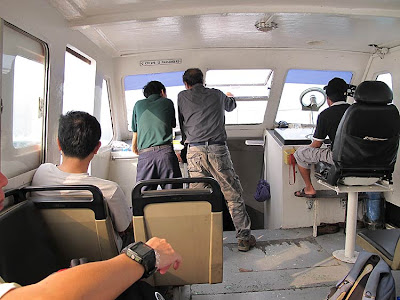 Sunny showing Federick the naval map and the islands around Singapore

By this time, the sun was out and the scorching heat of the past few days greeted us. Whilst some of us headed for the shade of the forested area, the braver members headed out to the grassland of the filled cells. Surprisingly, we did not encounter the 'commando' mosquitoes of the previous trips, and we attributed this to the hot and dry weather where all the stagnant pools of water and streams were all but parched. 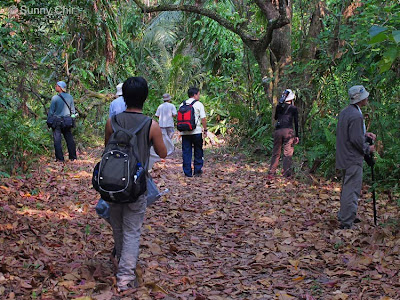 But our butterfly friends were still up and about, and the usual Common Tigers, Tawny Costers and Grass Yellows were fluttering restlessly about the wild grasses. The shady forested areas were still active with butterflies, with the Orange Tit (Hypolycaena thecloides thecloides) flitting skittishly around the shrubs, whilst there were a few Palm Bobs still lurking around near their favourite perches. 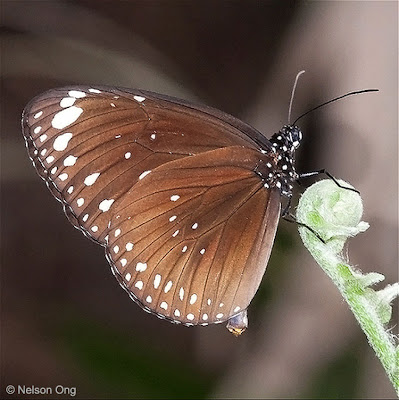 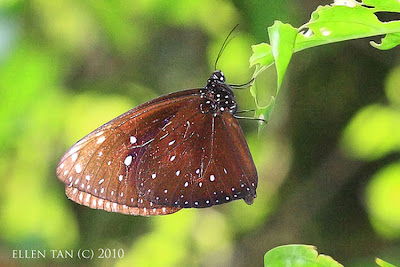 Two Danainae - the King Crow (Euploea phaenareta castelnaui) and the Spotted Black Crow (Euploea crameri bremeri) were added to the Semakau checklist for the first time. Both were spotted in the forested patch. The Common Awls (Hasora badra badra) were found in the shady areas and behaved typically by zipping under leaves and hanging upside down. A large butterfly which appeared to resemble a Palm King (Amathusia phidippus phidippus) zoomed across my path but being unable to have a shot for positive identification, I am leaving it out of the checklist for the time being. 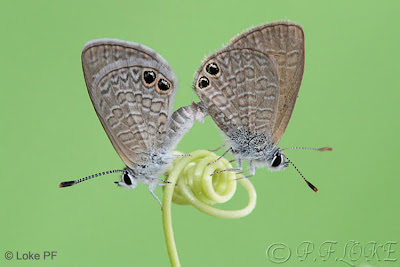 A mating pair of the Two Spotted Line Blue

Out in the open grasslands, the Two Spotted Line Blue (Nacaduba biocellata) was still at its favourite location under the host plant's shade. Blue Pansys and some skittish skippers abound in the long grass areas. This time around, four new Lycaenidaes were spotted. These were Pea Blue (Lampides boeticus), Gram Blue (Euchrysops cnejus cnejus), Indian Cupid (Everes lacturnus rileyi) and the Pygmy Grass Blue (Zizula hylax pygmaea) and were added to the checklist. 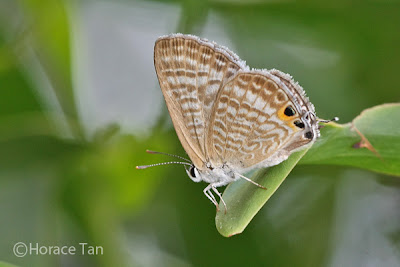 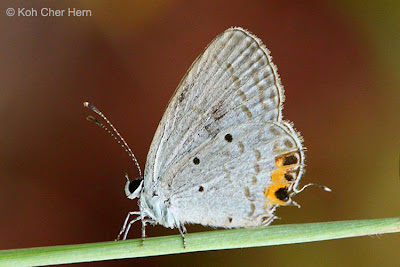 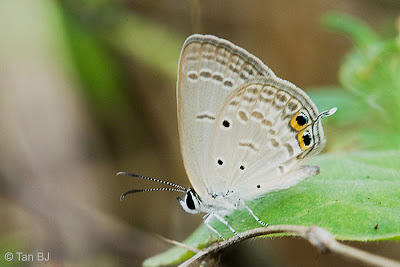 The hot humid weather started to take its toll on most of our members, and we retreated to the 'base camp' hut for shelter and lunch. After a rest, some of us made a second tour in the forested patch and some headed for the grassy area in the hope of spotting further new finds. However, our tally of new species spotted stopped at six. 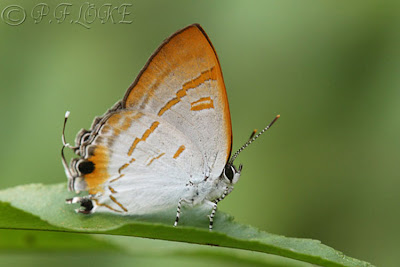 John Lee, our fearless bee and wasp expert, was also having a field day chasing after his busy subjects. 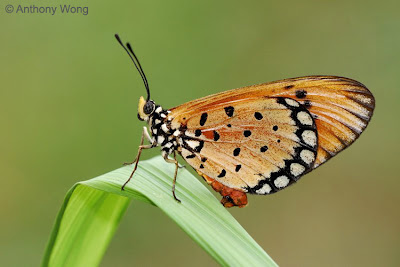 At around 2 pm, most of us were drained by the heat, and we decided to call it a day. Happy with an additional six species to the Semakau Checklist, we called for our transport and Patrick Yu happily obliged. We were treated to a short rest at the airconditioned administration building whilst our boatman headed out from West Coast Terminal. 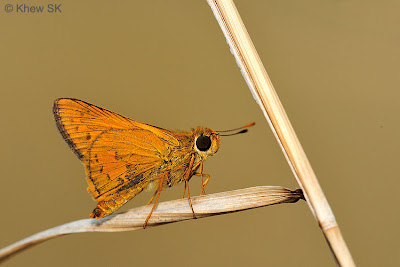 We bade farewall to Patrick and his NEA colleagues and boarded the boat "3931" back to the main island of Singapore. The trip back was uneventful, and some of us took the chance for a much-needed nap on the boat. Before long, we had our feet planted firmly on land again, and headed for our transport back home. 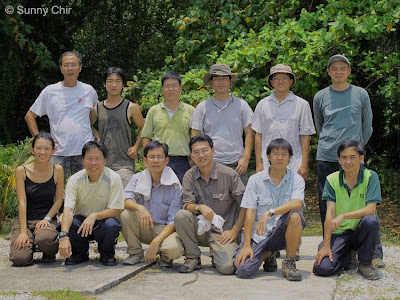 Thus ended a rather fruitful re-visit to Semakau after over a year when we last did our survey on the Landfill Island off the southern coast of Singapore island. Thanks to all ButterflyCircle members who contributed and participated in this first survey of 2010.