Butterfly of the Month - September 2017 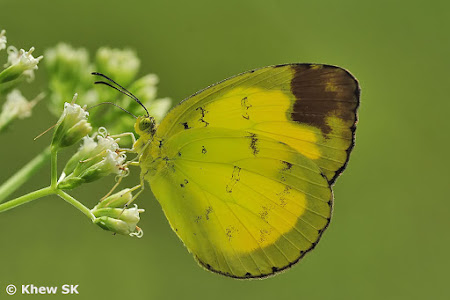 
September is upon us already and we are well into the 9th month of 2017. Looking back at the Butterfly of the Month articles from the past few years, one thing evident is that the choking haze from the burning of agricultural land in Indonesia has not hit us for the past 24 months. It looks like the Indonesian government has made good its promise to eliminate this annual polluting scourge that has affected neighbouring Malaysia and Singapore. let's hope that the unsustainable practice of forest-clearing by slash and burn will see the end in the coming years ahead. 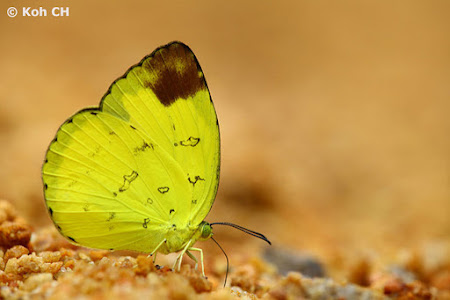 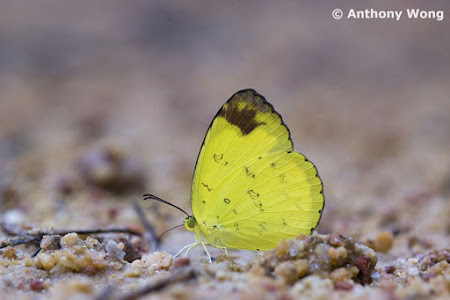 On the international scene, an area of concern is North Korea's show of power in the launching of several intercontinental ballistic missiles and also the testing of a Hydrogen bomb. The explosion, which had a purported yield of 250 kilotons would be about 16 times the size of the bomb that the US dropped on Hiroshima in World War II. Such powerful weapons in the hands of the wrong people would have dire consequences for the entire world. 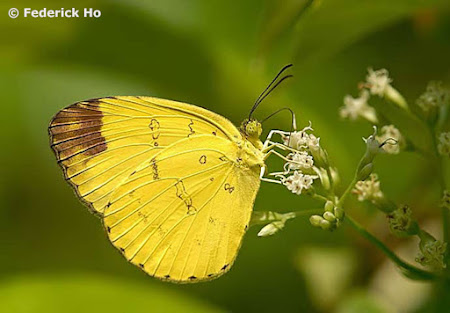 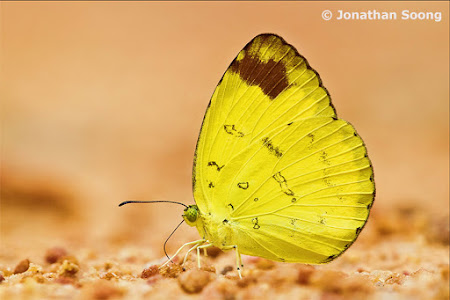 Back home in Singapore, we have the first female President since independence and what would have been an unprecedented event and a special occasion was marred by the fact that the 'elections' had only one eligible candidate. This caused a uproar in the local community and social media was, as usual, debating the whole issue of how the situation came to a rather undemocratic conclusion to the Presidential Elections. Irrespective of which side of the argument you are on, Madam Halimah Yacob will be the 8th President of the Republic of Singapore. 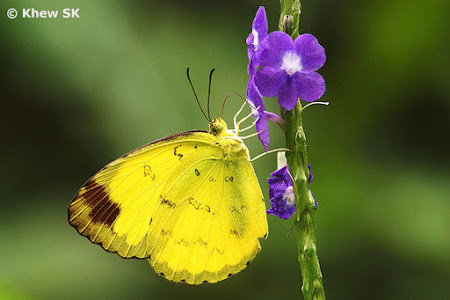 A Forest Grass Yellow feeding on the purple Snakeweed flower


The Hungry Ghost Festival is a Buddhist and Taoist festival set on the 15th day of the seventh lunar month, also known as the Ghost Month or 七月 (qi yue). However, 2017 is special in that the year contains a leap month whereby an additional month is added to the calendar, pushing the official Hungry Ghost Festival into the month of September this year, instead of falling in the month of August. Nevertheless, some of the superstitious beliefs during the Hungry Ghost month are to avoid wearing red (because ghosts are apparently attracted to red) and not moving house or getting married! 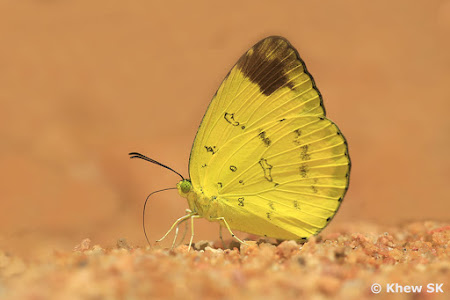 We now come to our Butterfly of the Month for September 2017 - the Forest Grass Yellow (Eurema simulatrix tecmessa). This is one of six species of the Eurema spp. that are found in Singapore, and is only considered moderately common. It is one of the forest-dependent species that is not often found in urban parks and gardens, unlike its other more urbanite cousins like the Common Grass Yellow or Three Spot Grass Yellow. 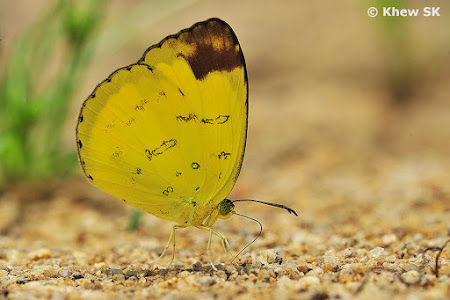 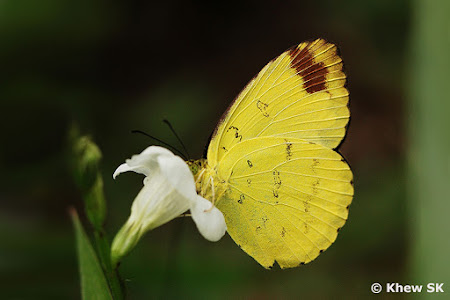 The Forest Grass Yellow is one species that has two cell spots on the underside of the forewing cell area. The large, almost cleft reddish-brown apical patch quite easily distinguishes this species from the other related species of Grass Yellows. In addition, on the underside of the hindwing is a sub-costal brownish bar that is quite distinct and also a basal spot in space 7. 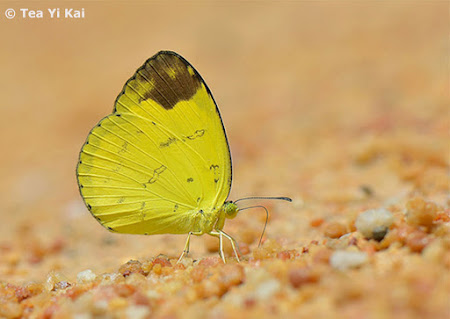 The upperside is a lemon yellow with black marginal borders on both the fore and hindwings. Reference literature also indicate that the inner edge of the black border in spaces 1a and 1b slope towards the base of the wings. 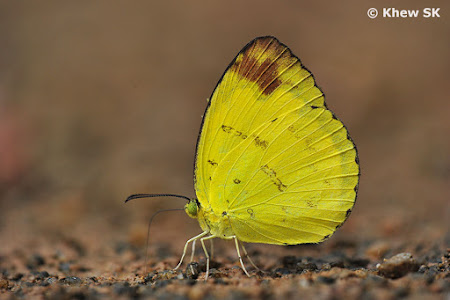 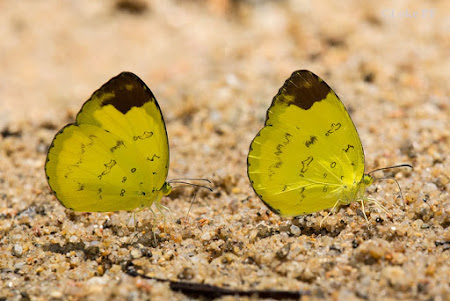 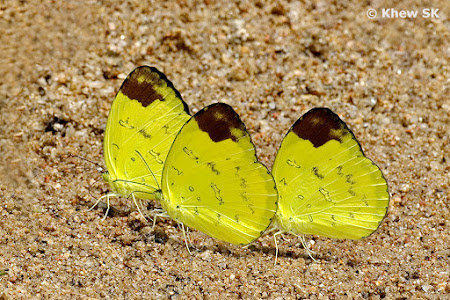 Males of the Forest Grass Yellow are often encountered puddling on damp sandy stream banks in the nature reserves. The females do not puddle but are observed feeding at flowering plants. Females of this species tend to attain rather larger wingspans than the other species in the genus, sometimes reaching up to 50mm from wingtip to wingtip. 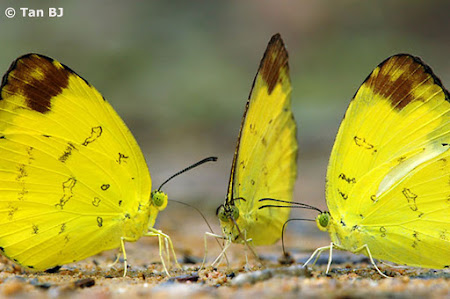 A trio of Forest Grass Yellows puddling together

Despite being a relatively common species in the forested areas of Singapore, the Forest Grass Yellow's life history has not been recorded yet. If there are any observers out there who have seen the females of this species ovipositing on its host plant do let us know or better still, if you are able to take a photograph of the host plant, send it to us.