Return of the No Brand Grass Yellow

Return of the No Brand Grass Yellow
(Eurema brigitta senna) 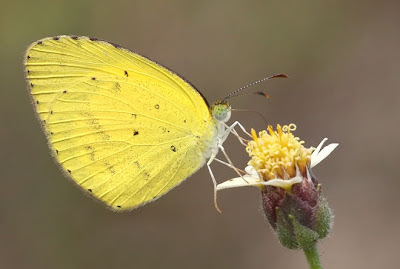 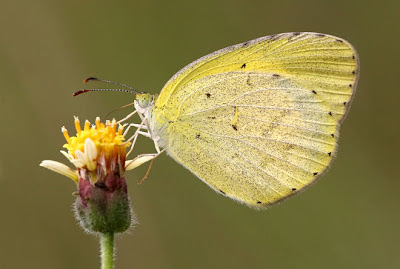 The genus Eurema is represented by at least six species in Singapore. These Grass Yellows are generally abundant - sometimes in large numbers congregating at puddling spots, and in some years, obviously noticeable when they fly in numbers in various areas in Singapore.

In Oct 2006, whilst photographing the newly-discovered Tawny Coster at an open wasteland in the north-eastern part of Singapore, ButterflyCircle members observed a small colony of Grass Yellows flying in the vicinity of some Leguminous bushes. 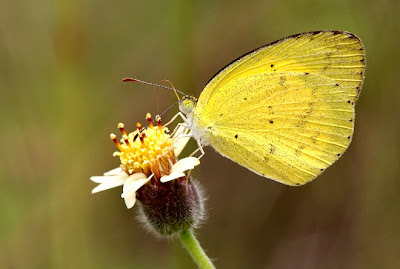 The host plant, which appeared familiar at first, was however different from the typical Mimosa spp that is usually found in these wastelands. Also, this plant did not possess the thorny stems present in the Mimosa. Upon scrutinising some of the photos taken of this Grass Yellow, it was discovered that this species was the No Brand Grass Yellow (Eurema brigitta senna). Despite its rather unglamorous name, this species was not recorded in recent years until this chance re-discovery.

So the conclusion is that this species, previously on the checklist by the early authors' records, has now been re-discovered by ButterflyCircle and the species re-instated on the Singapore Butterfly Checklist again!
Cassia mimosoides 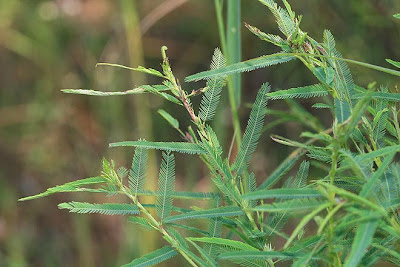 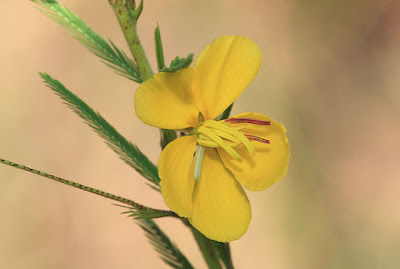 The underside forewings are without cell spots. Upperside forewing black apical border serrated, but not more deeply excavated in spaces 2 and 3. Females are slightly more unique in that the yellow colour of the hindwings are lighter than the forewings on the undersides. The males' undersides are unicolourous as with the other species of this genus. 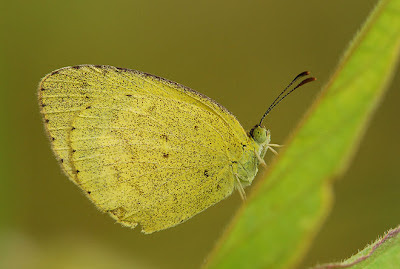 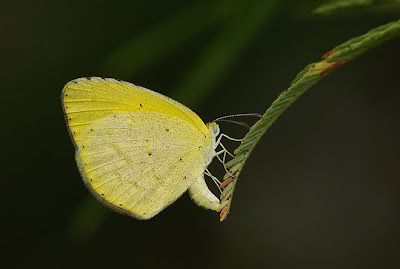 The caterpillars are light green with a lateral grey dorsal stripe and a yellow-green lateral stripe through the length of its body. The caterpillar feeds on the small leaflets of the host plant and stays on the mid-rib of the bi-pinnate leaves, eating voraciously. 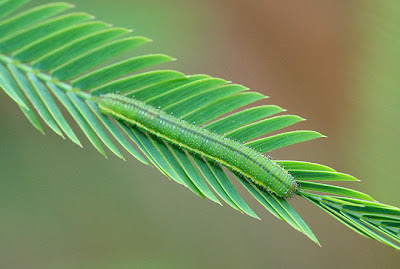 Caterpillars of the No Brand Grass Yellow on the host plant, Cassia mimosoides

The life history is rather short, and this may account for the survival of the species over the past one and a half years at the site where the host plant is found. The caterpillar pupates on the host plant itself and can be found upright, suspended by a girdle, along the vertical stems of the plant. 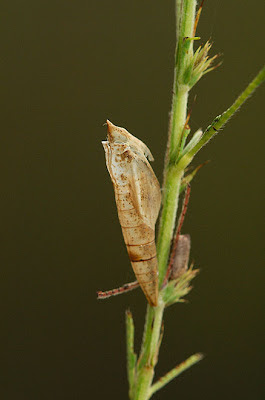 The No Brand Grass Yellow has managed to survive at the host plant site for over a year and a half after its first sighting. The fate of this species hangs in the balance, as it is critically dependent on the availability of the host plant in an area which is slated for future residential development. For how long the site will be kept in its "wasteland" status is unknown, but in Singapore, the site is unlikely to be left status quo indefinitely.

Perhaps a programme for the cultivation of the host plant in a few protected areas in the nature reserves should be considered, if this species is to be conserved and continue its existence as part of the fauna of Singapore. 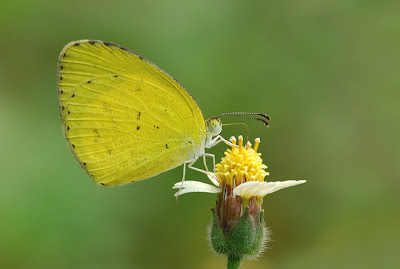 Posted by Commander at 9:45 PM 0 comments