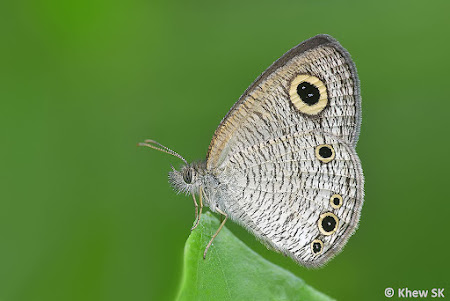 
The hot humid month of March is upon us, as temperatures seem to soar much higher than usual. The weather app on my iPhone appears to read above 32degC on most days for the past couple of weeks and the "feels like" temperatures can top 38degC around noon. The high Relative Humidity doesn't help much, as the short occasional showers just made it worse. 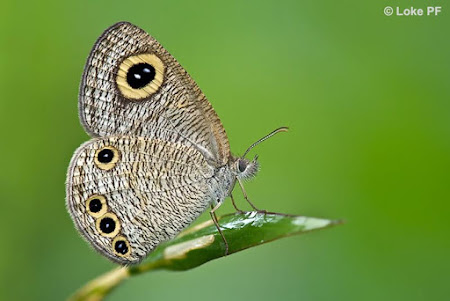 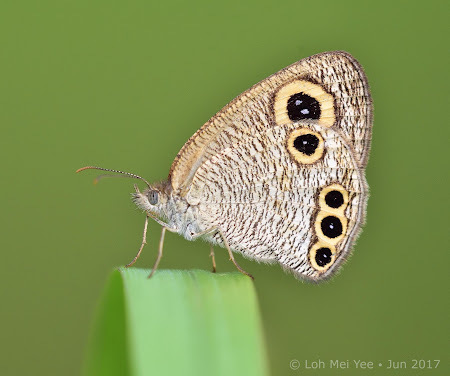 Our general landscape in the parks and gardens looks parched and dry and trails that we have walked in the nature reserves recently are crackling with dry leaf litter. The meteorological station's forecast predicts more hot weather in the coming weeks. During such months, water is more precious than usual, both for us humans and everything else in our natural world. 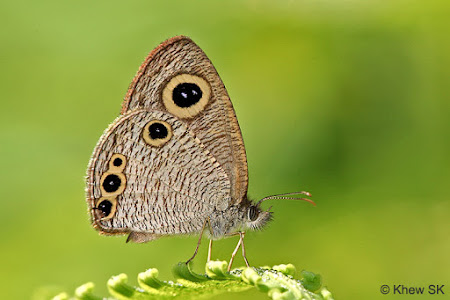 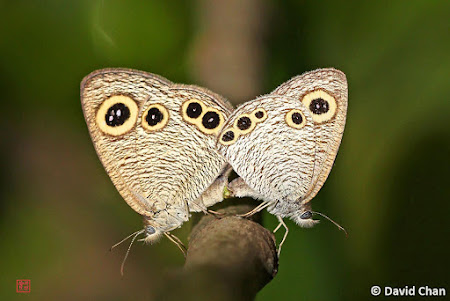 Speaking of water, it has been very much in the news of late, and our 'friendly' nonagenarian politician up north has been harping on an age-old issue of the price of water that Singapore buys from neighbouring Johor. Despite Singapore's efforts to be self-sufficient in its own supply of potable water via PUB's four national taps, one national tap - imported water from Malaysia, still makes up at least 20% of the daily demand. 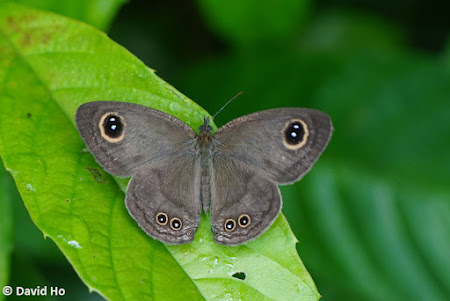 
Under a 1962 Water Agreement with Malaysia, Singapore is allowed to draw water from the Johor River and Linggiu Reservoir, with a provision that Singapore treats and provides 2% of this water back to Johor. The supply from this imported source is up to 250 million gallons of water per day up to 2061 - 51 years left to go. 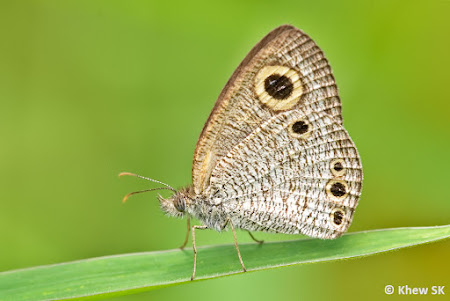 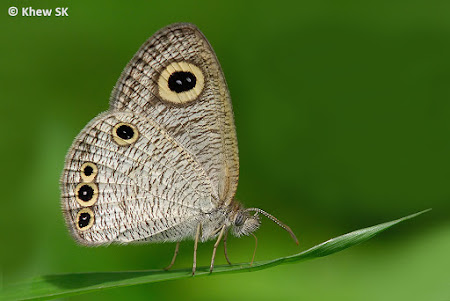 The current dispute over the price of water is a thorny issue that continues to strain bilateral ties - depending on the politicians of the day. Only when Singapore completely eliminates this dependence on Malaysia for its water needs, will this off-again, on-again threats continue. It is only when our taps run dry, or when fresh clean water becomes unavailable, that we realise the importance of this critical natural resource that we normally take for granted. 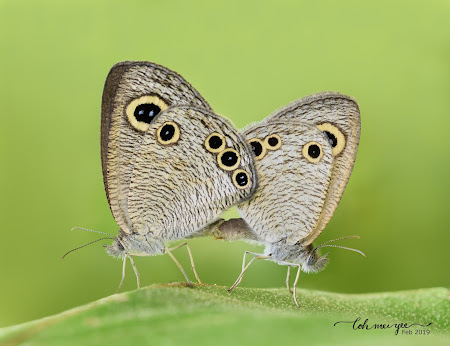 A mating pair of the Common Four Ring


Our Butterfly of the Month for March 2019 is a small and usually under-appreciated Satyrinae, the Common Four Ring (Ypthima huebneri). The genus that this species belongs to comprises small, greyish-brown and streaked butterflies that frequent open grassy habitats at the forest edge. The English common name for the "Ring" butterflies refer to the number of rings on the hindwing of the various species. 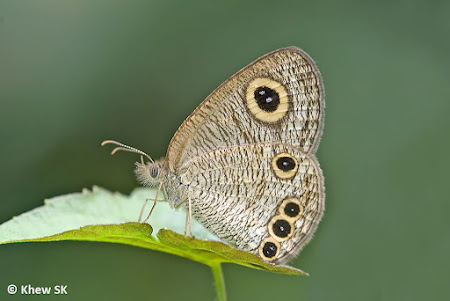 The Common Four Ring is the smallest of the Ypthima species in Singapore. Rather local in distribution, the species is not considered very common except at the handful of habitats which it favours. It is a weak flyer and stays close to the ground in shaded grassy areas near the nature reserves. As its caterpillar feeds on the grass Ottochloa nodosa, it is usually found in the vicinity of its host plant. Where it occurs, usually several individuals are seen together. 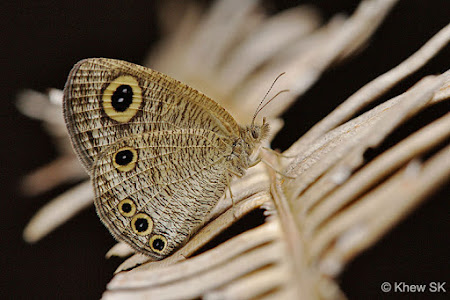 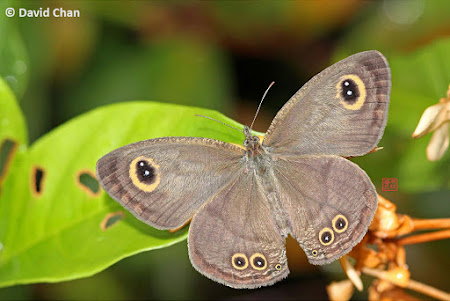 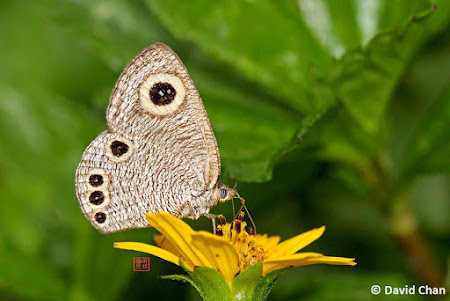 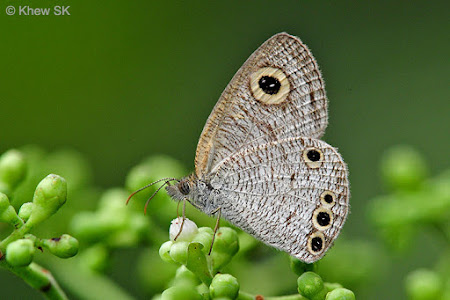 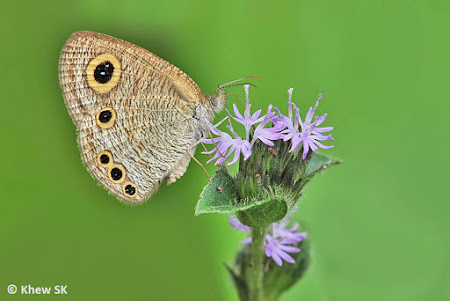 
Both males and females of the Common Four Ring are observed feeding on flowering plants in the forested areas, like Mile-A-Minute, Bandicoot Berry, Singapore Daisy and others. In the early morning hours, the butterfly can be seen fluttering around low shrubbery and grasses and then stopping to open its wings to sunbathe. As the day progresses and it gets warmer, the Common Four Ring tends to stop to rest with its wings folded upright. 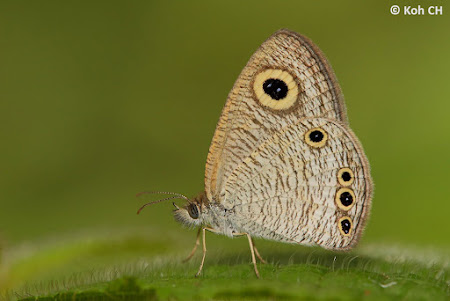 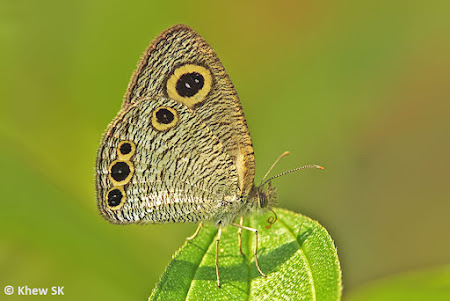 It is also interesting that, for such a small butterfly that is moderately common, its total life history takes about 45-50 days from egg to eclosion - relatively long. The host plant, a common grass that grows easily along cleared forest edges, is also a host plant to at least five Hesperiidae, other Ypthima spp. and Mycalesis spp. So a common humble grass is important to these species of butterflies for their continued survival.

Posted by Commander at 9:06 PM 0 comments