Butterfly of the Month - January 2022 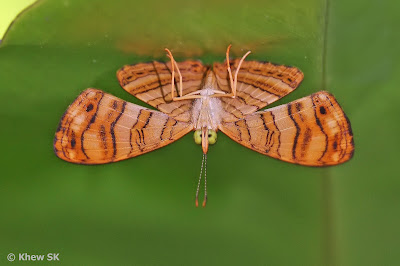 A Little Maplet peers from its typical upside down perch beneath a leaf
Another year has passed and we are well into the year 2022. This is the final weekend before the Lunar New Year starts on 1 Feb 2022. As the year of the Ox ends, the new year will welcome the next animal in the Chinese horoscope, the Black Water Tiger. Will it be a year when the world recovers successfully from the Covid pandemic that started two years ago? Only time will tell... 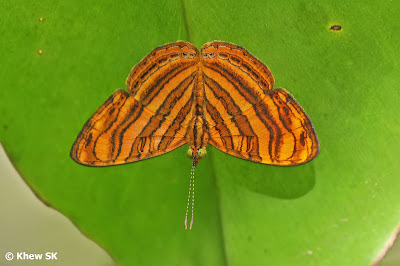 A typical pose of the Little Maplet on the underside of a leaf with its antennae held close together
This month, we'll just jump straight to our Butterfly of the Month for January 2022 - the Little Maplet (Chersonesia peraka peraka). Also called the Rounded Maplet in other countries, this species is the only representative of the subfamily Cyrestinae that can still be found in Singapore. Another related species, the Wavy Maplet (Chersonesia rahria rahria) is potentially extirpated from Singapore and has not been recorded on the island for at least the past five decades. 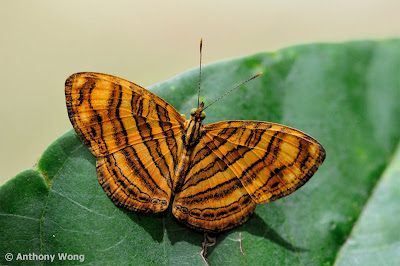 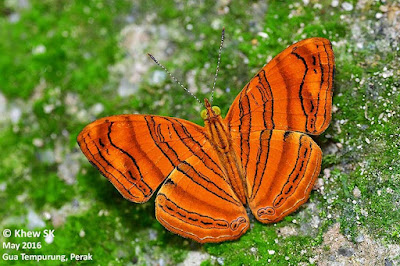 A Wavy Maplet, now considered extinct in Singapore pudding on damp moss.  Note the single post-discal band on the forewing above
The Little Maplet is a forest-dependent butterfly, often found in localised areas in the nature reserves of Singapore. They are rather feeble in flight, but very skittish and takes off to the treetops when alarmed. They have a habit of settling on the undersides of leaves with their wings spread open. The species has a wingspan of about 30-34mm and is the smallest species of the genus Chersonesia. 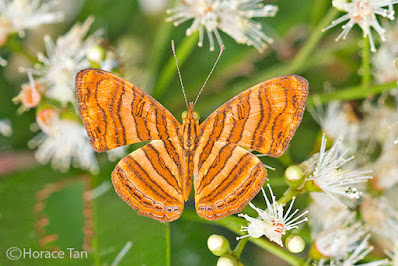 A Little Maplet feeding at a blooming Syzygium tree At times, the Little Maplet can also be observed puddling at damp footpaths, foraging amongst leaf litter. 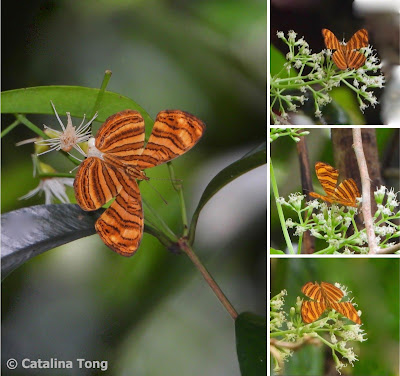 Various shots of a Little Maplet feeding on Syzygium and Mikania micrantha flowers
At times, they are also observed to puddle along damp footpaths and foraging amongst leaf litter. They are also spotted with many other species of butterflies, when the Syzygium trees flower in the nature reserves. Considered a moderately rare species, the Little Maplet is not often encountered but may be seasonal and several individuals may be spotted during certain months of the year. 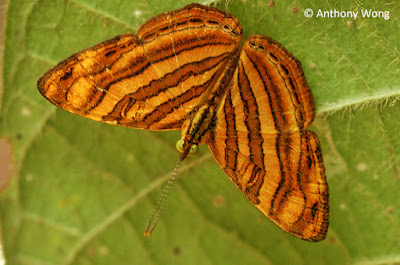 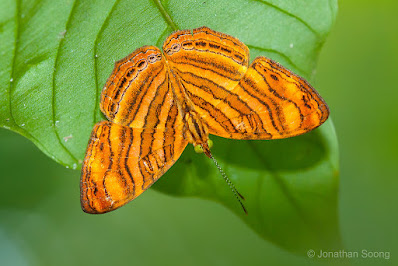 The Little Maplet is orange brown above with reddish brown bands across both wings. The undersides are a pale orange-yellow and similarly marked as the uppersides. The species has the upperside forewing post-discal band double and the two bands internal to it are wide. This is the main distinguishing ID key to separating it from the other species in the genus. 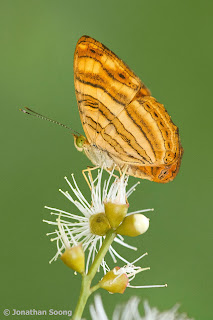 A Little Maplet perched on the flower of a Syzygium tree after feeding
The eyes of the butterfly are yellow-green and species of the genus have rather prominent pointed palpi. When at rest, the antennae of the Little Maplet are occasionally observed to be held close together rather than splayed. The antennae are black-and-white banded and orange tipped. 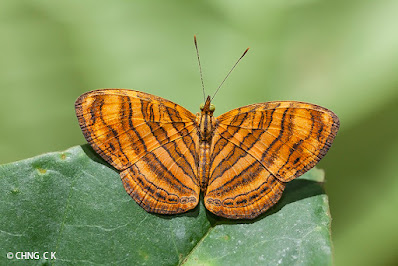 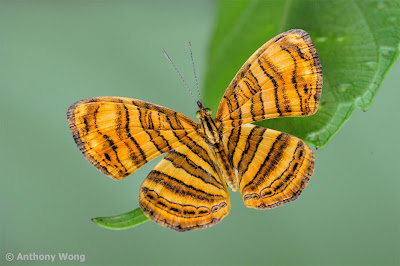 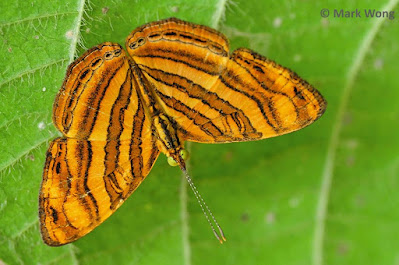 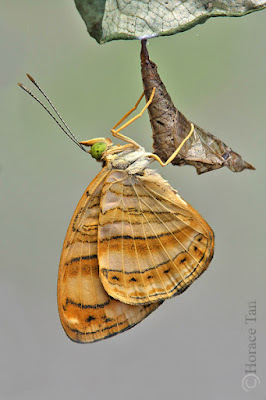