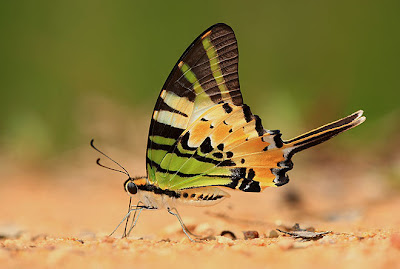 During certain times of the year, the Fivebar Swordtail can be observed puddling at damp spots along streams and footpaths in the nature reserves of Singapore. It is essentially a forest butterfly and is rarely seen in urban parks and gardens, preferring the sanctuary of the forested reserves . 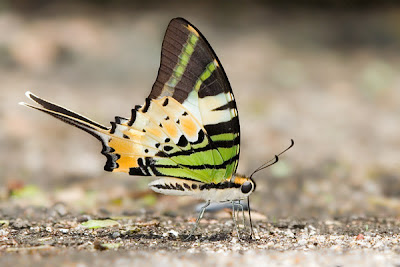 In Singapore, after a prolonged rainy season towards the end of 2007, the species was rarely seen during the last few months of the year. As the weather turned hotter and drier after the Lunar New Year, a number of Fivebar Swordtails were seen puddling in the nature reserves. During the drier weeks towards the end of February and March 2008, the species became relatively more common and was spotted in various areas around the nature reserves. The species is a favourite amongst butterfly photographers, where it is easily photographed when puddling at damp sandy spots. 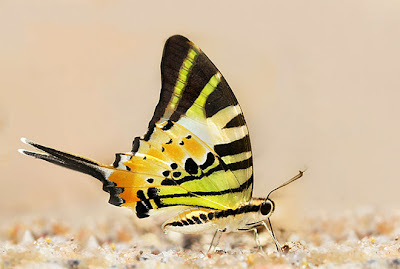 When in flight, it can often be mistaken as a Pierid species, as the long tails are not visble when it is encountered flying rapidly along the edges of the forested areas on sunny days. It is swift and erratic on the wing, and when in full flight, seldom stops to rest.
Males of the Fivebar Swordtail are frequently encountered puddling at moist spots. At times, more than one individual is seen, and also in the company of other Papilionidae like the Common Bluebottle (Graphium sarpedon luctatius) and the Blue Jay (Graphium evemon eventus). 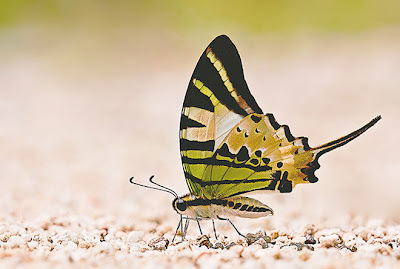 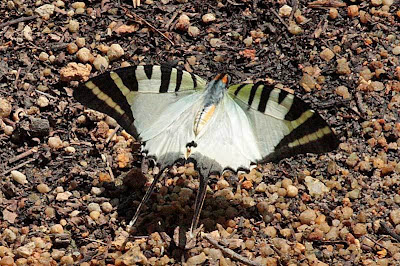 The long tapering white-tipped tails measure about 4-5cm and project elegantly behind the butterfly as it stops to rest or feed. The body of the butterfly is white, with a lateral black stripe along the thorax, and breaking up into dashes along the abdomen. The eyes are an opaque jet black. 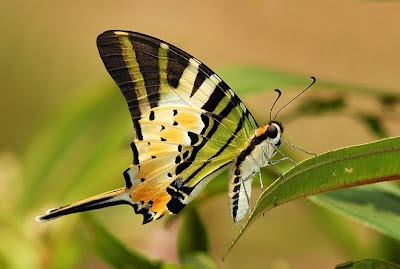 The Malaysian & Singaporean subspecies of the Fivebar Swordtail has the distinction of being one of the few butterflies in the region to bear a local name itamputi from the Malay words hitam meaning black, and putih meaning white. 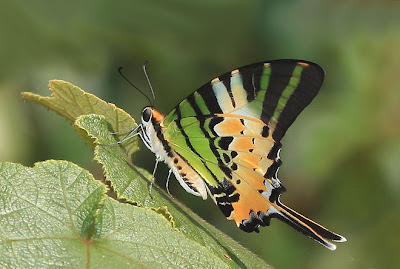