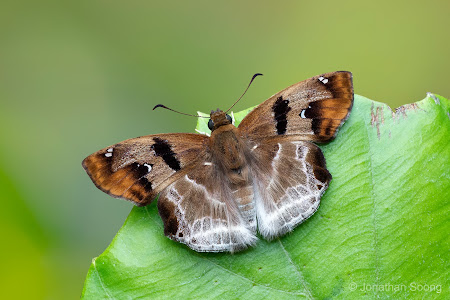 
The fifth month of 2019 is upon us, as we continue to march forward into the year. For those of us inundated with the constant tsunami of information on social and mainstream media, the wide spectrum of news affecting local and global issues continue to influence us in unexpected ways. From climate change and terrorism to politics and harassment, the world moves at a much faster pace when news is literally at your fingertips. 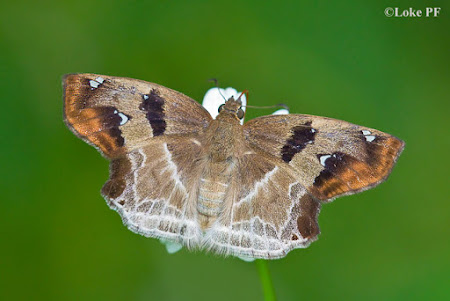 The launch of the Draft Masterplan 2019 by the Urban Redevelopment Authority (URA) in Singapore also brings visions of where Singapore wants to be in the coming decades. As land is scarce in our little 720 sq km island (and will continue to be more so as the city state develops), what does the future hold for the population as it grows? 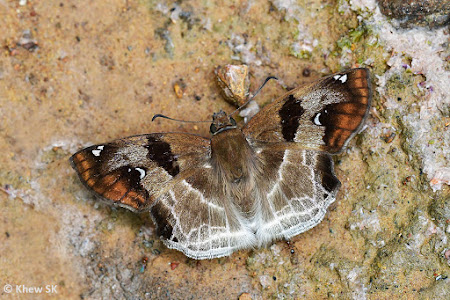 
The concern for climate change/global warming/resources stress continues (more so for some countries than others). But we share the same earth. It is unthinkable to consider that the climate issues that affect one country has nothing to do with another. For example, there is already compelling evidence that the polar ice has begun to melt like no other period in modern history. This simulation shows what the world would look like if all the ice melted. What can we do about it? 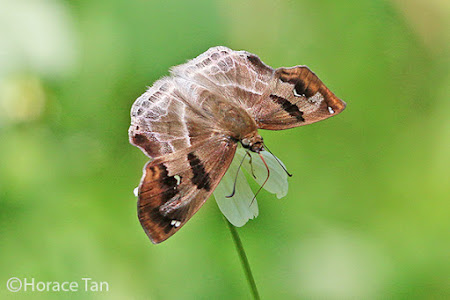 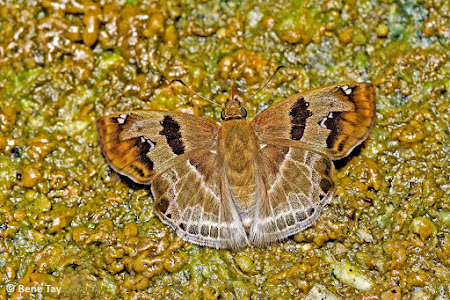 And then in a fantasy world that takes us away from reality, the launch of Avengers : EndGame created enough buzz across the globe to distract some of us, some of the time. From our real-world 'struggles' that we face daily, we take some time out and enjoy the world of superheros and vile villians out to end the universe. 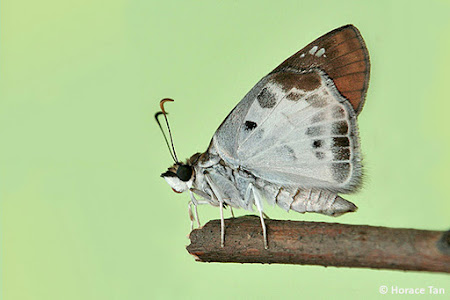 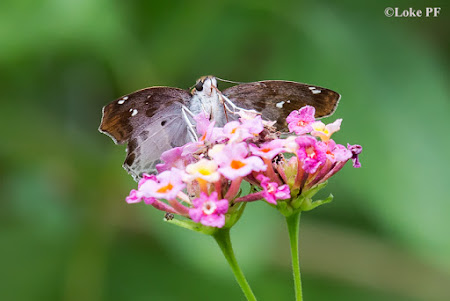 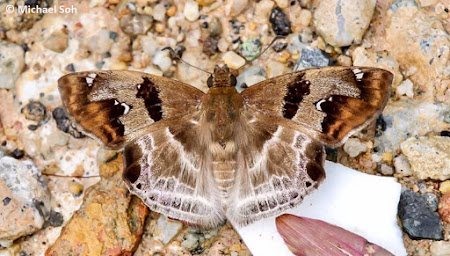 Over in Singapore, a sexual harassment incident in a university hall of residence created enough social media buzz for a period of time. The victim took to cyberspace when she felt that the punishment for the perpetrator was presumably inadequate. The incident, as it was played out on social media, prompted debate on two fronts - one was the way sexual harassment was dealt with by an academic organisation, and on the other side, the vigilantism that occurs on social media that threatens the fabric of any justice system. 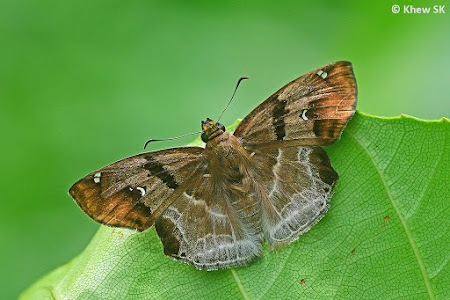 The often-asked question locally - "will the elections be held this year or not ah?" tends to underscore our views on the importance of stability of our little red dot. Political stability and quality of the leadership are important ingredients of the economic sustainability, well-being and progress of a country. Hence any news, speculation and hints about the political future of Singapore is always fodder for coffeeshop talk and chatter. 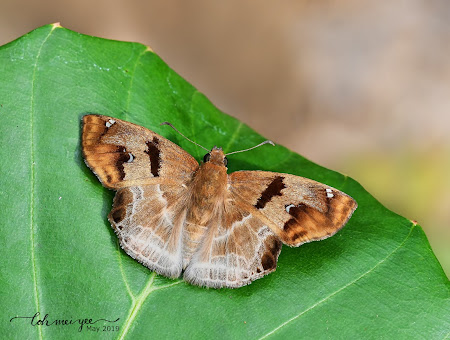 Our feature butterfly for May 2019 is one of the 'flats' from the subfamily Pyrginae of the skipper family Hesperiidae. This subfamily hosts the various genera of butterflies that are collectively called "Spread-winged skippers". The characteristic open winged pose of these skippers probably gave rise to their common names. However, this month's butterfly, the Chestnut Angle (Odontoptilum angulatum angulatum) departs from the usual "flat" in its name but is christened an "angle", probably due to its more angled appearance. Its latin name angulatum yields the definition : made angular/cornered, with angles, angular. 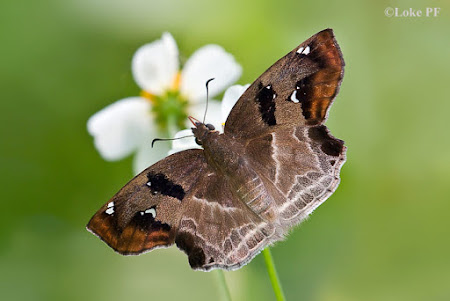 A Chestnut Angle feeding on the Spanish Needle flower.  Even when feeding, it keeps its wings opened flat

The Chestnut Angle is considered a moderately rare species in Singapore, but is regularly seen singly in urban parks and gardens, as well as in the forested nature reserves. It is a skittish butterfly, and flies rapidly and erratically. However, when it is puddling on sandy streambanks, or stops to rest to sunbathe, it is not difficult to approach it. 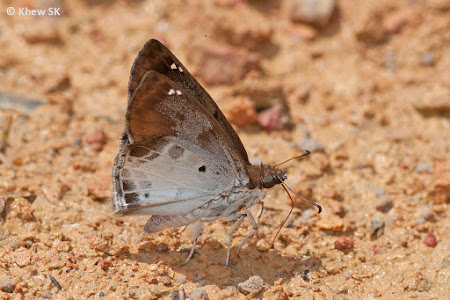 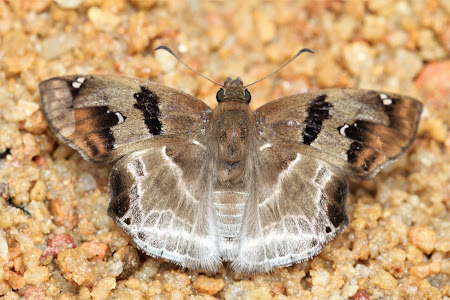 When disturbed or on hot days when it stops to rest, it displays the typical habit of the Pyrginae - stopping on the undersides of leaves with its wings opened flat. In Singapore, it can also be encountered on the landward edges of mangrove areas where one of its host plants, Sea Hibiscus  (Hibiscus tilaceus/Talipariti tiliaceum) can be found. It has been successfully bred locally on Commersonia bartramia, which appears to be its preferred caterpillar host plant in urban parks and nature reserves. 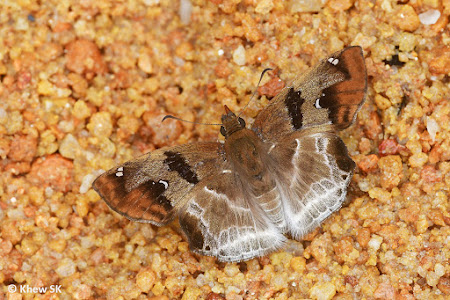 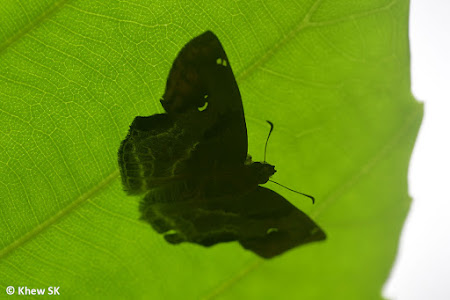 A typical under-leaf pose, where the hyaline apical and crescent shaped spot can be seen clearly in a blacklight 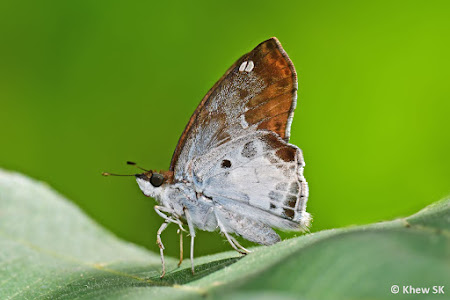 The hindwing has elongated cilia, particularly at the tornal area. On the underside, the hindwing is predominantly white with large brown spots at the tornal and apical areas. The forewing is also whitened at the base with the apical and subapical area a dark brown. The body of the butterfly is white when viewed from the underside, whereas it is brown dorsally except for the abdominal tip.

Posted by Commander at 8:53 PM 0 comments