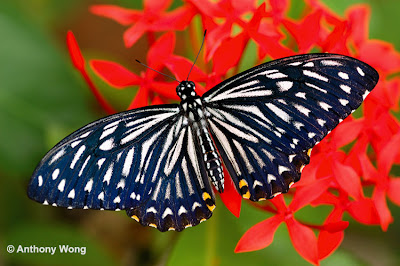 In the wink of an eye, the month of July speeds by, as we look towards August.  Already, the Singapore flag is appearing on our public housing HDB apartment blocks, landed residential properties and other buildings as Singapore look towards its National Day on 9 Aug 2012.   It is a time when Singaporeans celebrate the city-state's own 'independence day'. 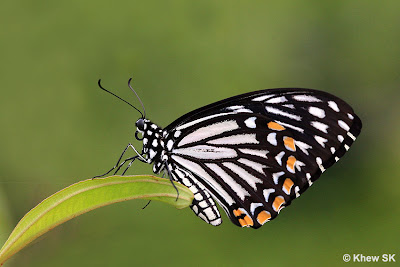 It is interesting to observe how the socio-political climate has changed over the years as Singaporeans in general become more vocal and opinionated on issues they feel passionate about.  Even the proposed culling of wild boars in our parks and forests has invited a myriad of comments from all and sundry - prompting the Prime Minister to also find the opportunity to say a few words about the much-debated issue.  Amusing, perhaps to our neighbours across the Causeway, who will probably enjoy the gastronomic delicacy without much fuss, if the boars were to brazenly waltz out from the protection of the forests. 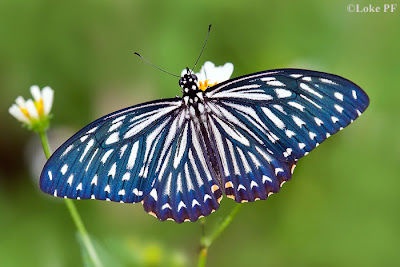 The traditional flower of the month in the western world is usually associated with the Larkspur (Delphinium consolida).  The flower has a meaning of lightness and levity.  All parts of the plant contain an alkaloid delphinine and are very poisonous, causing vomiting when eaten, and even death in larger amounts.  The larkspur is a tall flower and the colors of the flower vary including purple, blue, red, yellow, and white. 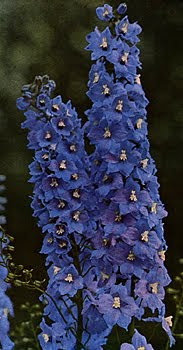 Our Butterfly of the Month for July 2012 is the Common Mime (Chilasa clytia clytia).  The species is common in Singapore and is found mainly in urban parks and gardens and sometimes in the nature reserves.  It is usually observed singly flying in a slow unhurried flight as it looks for flowers to feed on. 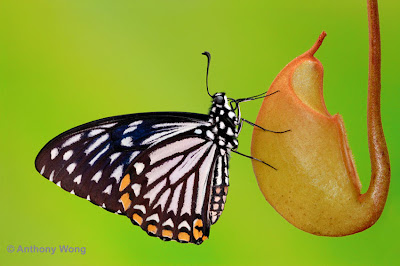 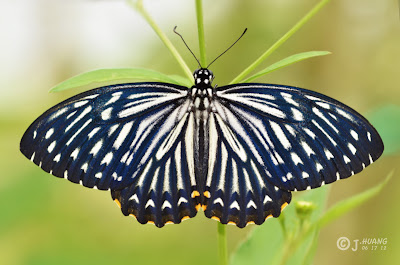 Indeed, this is the case with the Common Mime.  This Papilioninae mimics the distasteful Danainae species like the Blue Glassy Tiger (Ideopsis vulgaris macrina) or the Dark Glassy Tiger (Parantica agleoides agleoides) both of which are known to be distasteful to predators.  By resembling these other species, the Common Mime is afforded some protection from predators in that the butterfly fools the predators into avoiding it. 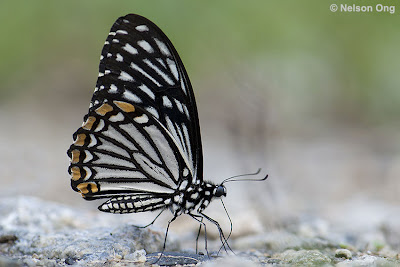 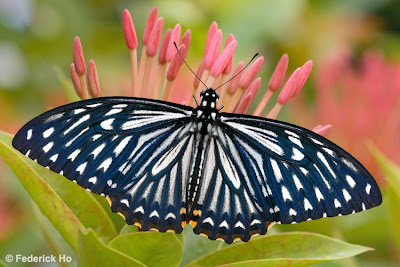 The Common Mime is bluish-black with a series of small white marginal spots and streaks on both wings.   On the underside of the hindwing, there is a distinctive row of yellow marginal spots.  When viewed in a side light, the Common Mime's wings may appear a deep iridescent blue on the upperside. 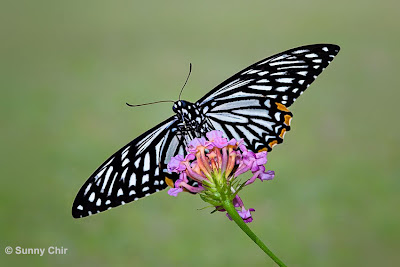 In Singapore, only the form-dissimilis is known to occur.  Other forms, which also display mimetic resemblances to other Danainae species, occur in other parts of South East Asia. 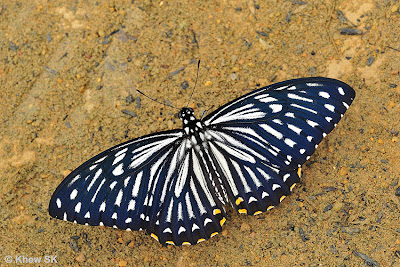 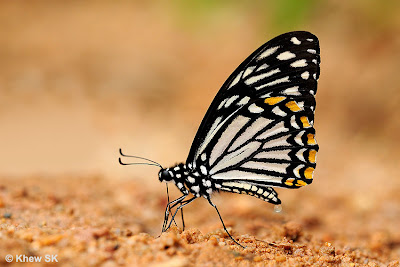 Although more often encountered at flowers and flying around shrubbery, male Common Mimes are also observed to puddle at damp sandy banks that have been contaminated by decomposing organic matter. 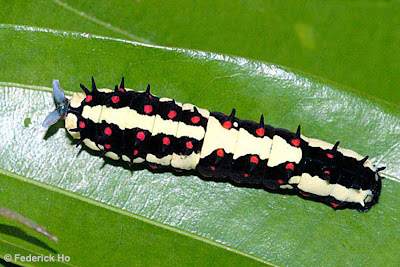 The caterpillar of the Common Mime has been bred on the common roadside tree - Wild Cinnamon (Cinnamomum iners).  The full life history can be found on this blog here.  The late instar caterpillars are eye-catching and colourful.  It everts a light blue osmeterium when alarmed.  The pupa of the Common Mime also displays a "mimetic" resemblance to a broken off twig. 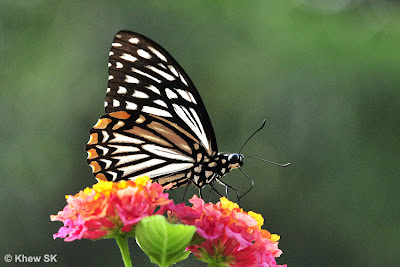