Butterfly of the Month - February 2020 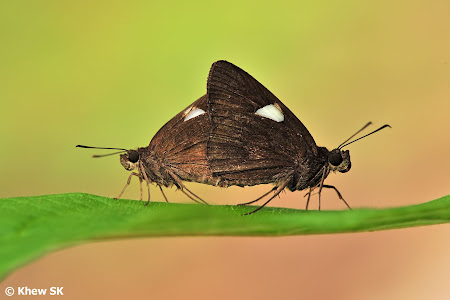 
Today is the 15th day of the 2020 Lunar New Year, also known as the The Lantern Festival or called called Yuan-Xiao Jie 元宵节 Festival in China. Tradition also has it that on this evening, young unmarried Chinese girls write their names on oranges and throw them into a river and the lucky men who pick them up will become their spouse. Yuan-Xiao Jie 元宵节 ends the Lunar New Year festivities as life returns to normal after 15 days of celebrations. 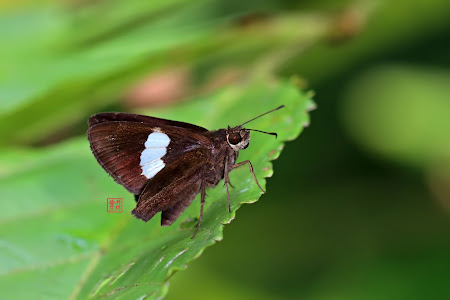 The Year of the Metal Rat has brought the world into a tumultuous start as the coronavirus (designated 2019-nCoV), which had the Chinese city of Wuhan as it epicentre, created havoc and panic around the world as the infection spread rapidly. The latest news reports put the number of deaths caused by this virus at 722, with an estimated 35,000 infected around the world. 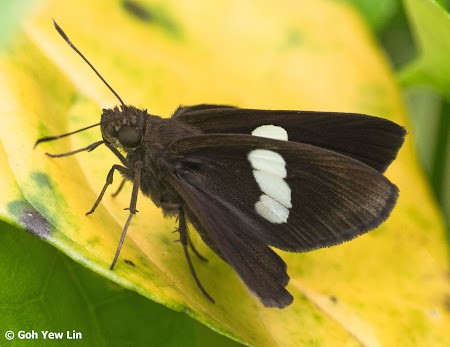 As news of the virus spreads around the world, probably at a much faster rate than the virus itself, WHO has declared a global health emergency on 30 Jan 2020. Different countries have instituted their own measures to contain the spread of the virus with varying degrees of severity. Amongst the more recent measures were the banning of any visitor who originates from China from entering a number of countries. China itself swiftly instituted city lock-downs by shutting down transportation in and out of the critical cities and provinces. 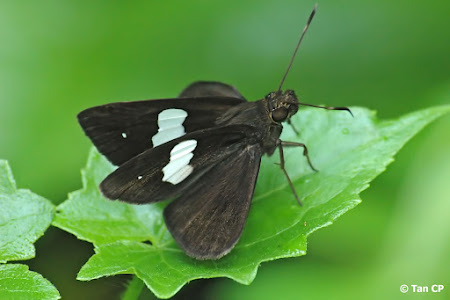 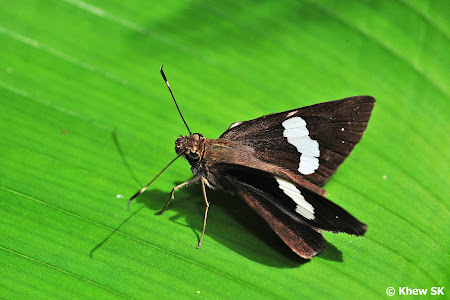 In the past few weeks, it is hard to read any portals of mainstream media or social media with little or no reference to 2019-nCoV or the coronavirus. As the world comes to terms with the health emergency, it remains to be seen when the infections will peak and how long it will take to eventually abate. The potential catastrophe that may impact on the world, as we start a new decade, is a disruption that we have certainly not counted on. Already, as the virus spreads, some panic-stricken populations resort to very irrational behaviour. 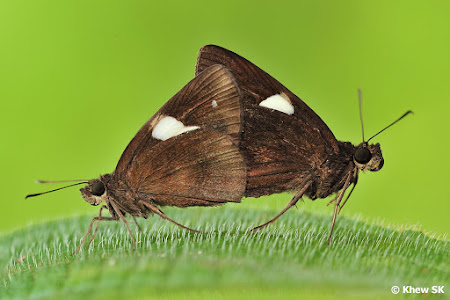 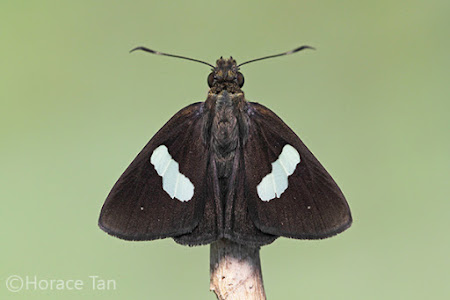 Our Butterfly of the Month for February 2020 is the sombre Banded Demon, perhaps to reflect the mood that our human world is going through these days. It is rather local in distribution and its predictable appearance at certain favourite localities is usually associated with the presence of its caterpillar host plant, the African Spiral Flag (Costus lucanusianus) (a type of ginger). 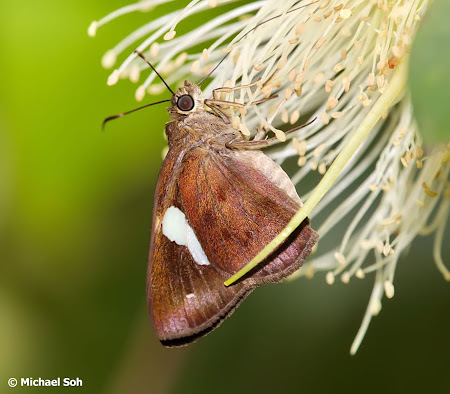 At times, it can also be found in the vicinity of Torch Ginger (Etlingera elatior) groves. Although its caterpillars have not been bred on this ginger before, it is a possible host plant too, as there are other potential host plants amongst the monocotyledons. 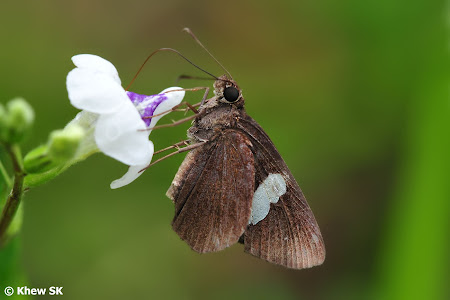 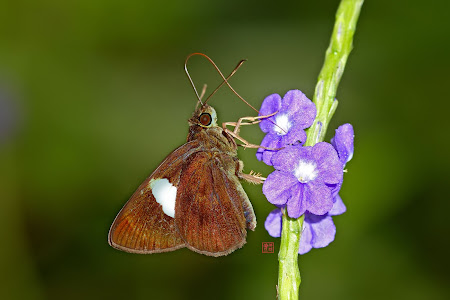 The Banded Demon is a quick flyer, like most Skippers, and generally prefers to remain at low level and maneuvering around low shrubbery. It often forages amongst the low-growing wildflowers like the Chinese Violet, Purple Snakeweed and other ground cover flowering plants. It occurs in some urban parks but primarily found along the forest edges of the nature reserves. 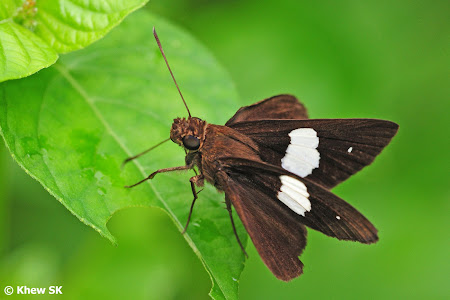 The Banded Demon is blackish-brown above, with a distinct white discal band composed of contiguous patches on the forewing. This discal band is usually conspicuously notched at vein 2. There is usually a white hyaline spot in space 4 of the forewing, but individuals without this spot are quite regularly encountered. 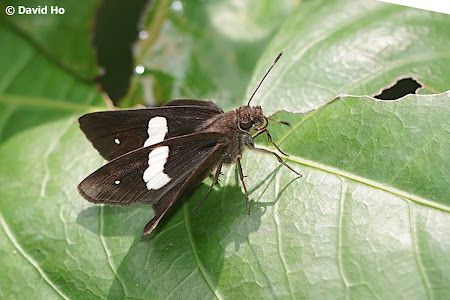 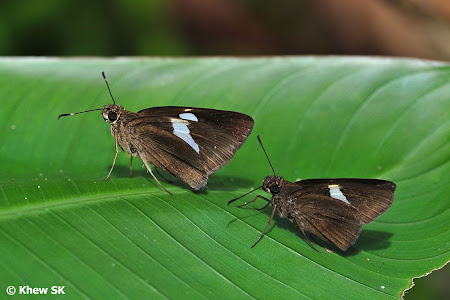 A courting pair of Banded Demons

The underside is paler purplish-brown than the upperside, and is distinctly paler along the wing margins. The antennae has a lighter patch just below the club and one of the characteristics that can be used to distinguish this species from the lookalike female of Quedara monteithi monteithi.