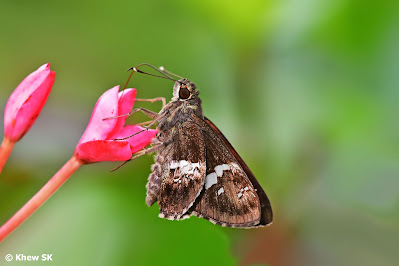 A Tree Flitter feeding on the flower of Ixora javanica
The last weekend of the month of August 2022 brings some good cheer and optimism in Singapore's handling of the Covid19 pandemic. Over a period of more than 2 years, our island nation has been facing ups and downs of handling a historically unprecedented viral pandemic that turned lives upside down and handed the economy a knockout punch. But in his National Day Rally, the Prime Minister announced that wearing of face masks in the majority of situations will soon be optional as Singapore deals with Covid in its own way of co-existing with the disease in our midst. 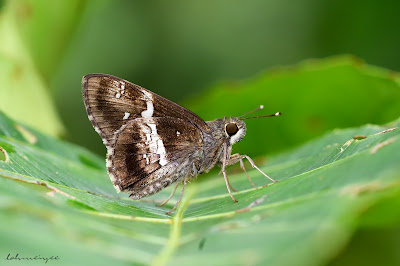 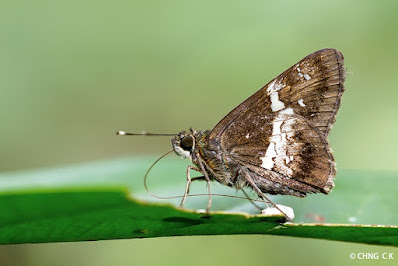 August is also known as the Hungry Ghost month in most Asian nations where the the souls of the dead are believed to roam the earth during the festival, and these ghosts can get up to mischief if ignored. Just as the Americans have Halloween, the Chinese have the Hungry Ghost Festival (also known as Zhong Yuan Jie in Chinese), a festival held in honour of the dearly departed. According to traditional customs, all sorts of offerings are made during this period, which is the seventh month in the lunar calendar. 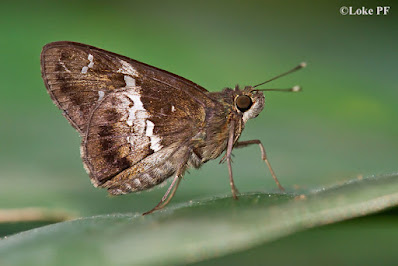 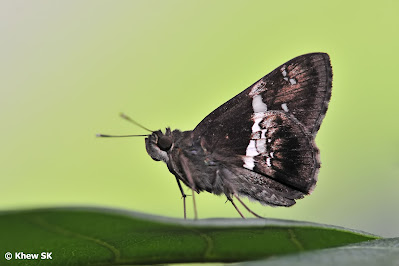 August is also the month when Singapore celebrates its National Day every year.  This year, we celebrated our 57th year of independence. This little island nation has come a long way from its early years of uncertainty and struggle. Today, it is a bustling and successful metropolis that many other countries use as a benchmark to match up to - in areas ranging from public housing, security, urban planning, low corruption and systems that work efficiently. 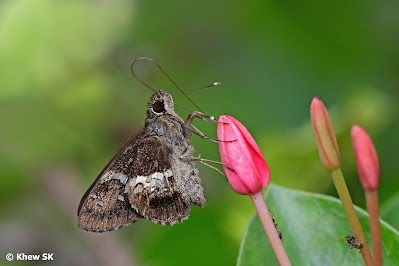 Globally, the war in eastern Europe continues to rage on, affecting other countries economically as the spectre of food shortages and energy loom ahead of the winter months of 2022. Closer to Asia, the US-China spats have continued and slowly reaching levels that have not been seen for many decades. A China that is growing in confidence, economically and militarily, is beginning to challenge the US position as the world leader and this does not bode well for world peace in the coming years. 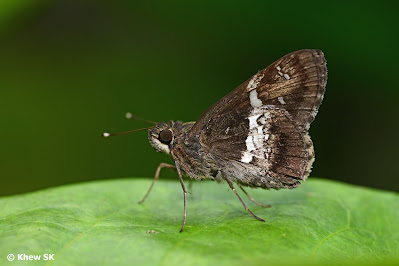 Our Butterfly of the Month for August 2022 is a skipper, the Tree Flitter (Hyarotis adrastus praba). The Tree Flitter is moderately rare, but is regularly found at the forest edges of the nature reserves. It is rather widely distributed. It can sometimes be spotted in urban parks and gardens as well as in coastal forests in back-mangrove habitats. 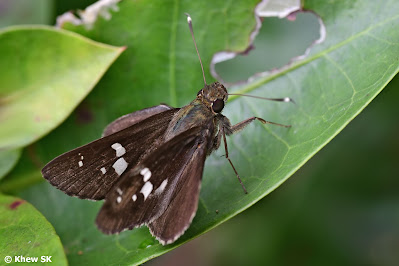 A Tree Flitter sunbathing on the top surface of a leaf with its wings partially opened in the typical skipper fashion
It is a fast flyer, zipping from flower to flower as it feeds on nectar. It is often seen sunbathing with half-open wings in the skipper fashion, or lurking in shady spots with its wings folded upright. It forages amongst low shrubbery and flowering bushes but is alert and often takes off to the sanctuary of the treetops if alarmed. 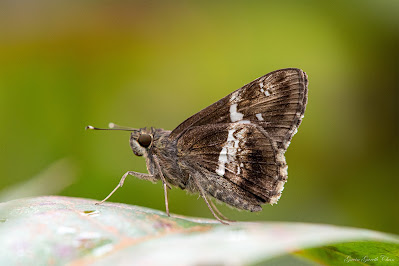 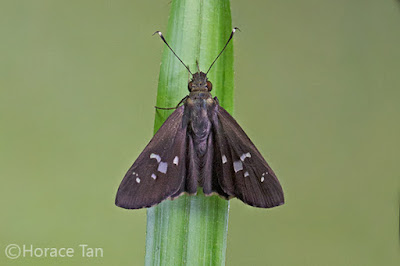 The Tree Flitter is dark brown above with large hyaline and subapical spots on the forewing.  The underside of the hindwing is crossed by an irregular white discal band from mid-costa to mid-dorsum. The hindwing cilia is chequered and this is more obvious in pristine individuals. The antennae are white banded just below the elbow of the apiculus. 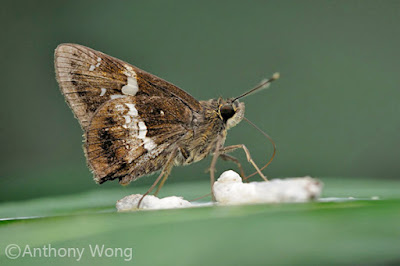 A Tree Flitter feeding on bird dropping on a leaf 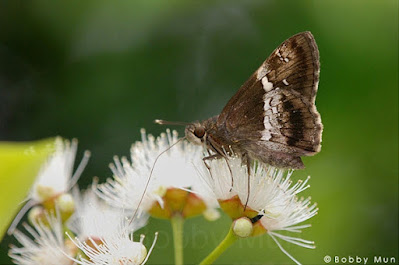 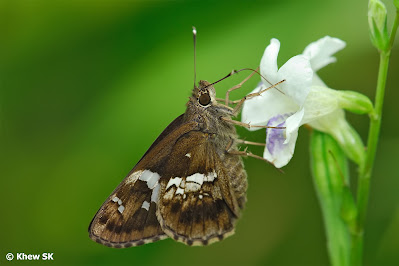 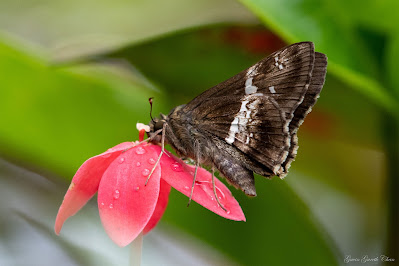 Tree Flitters feeding on nectar from a variety of flowers
The species is often seen feeding at flowering Ixora bushes, flowers of the Chinese Violet, and flowering trees like Syzygium spp. It also feeds on bird droppings and can occasionally be seen pudding at muddy footpaths which have been contaminated with animal excretions. The Tree Flitter has been successfully bred on the common rattan, Daemonorops augustifolia.
Text by Khew SK : Photos by Gavin Chan, Chng CK, Khew SK, Loh MY, Loke PF, Bobby Mun, Horace Tan and Anthony Wong
Posted by Commander at 9:48 PM 1 comments