Butterfly of the Month - January 2014 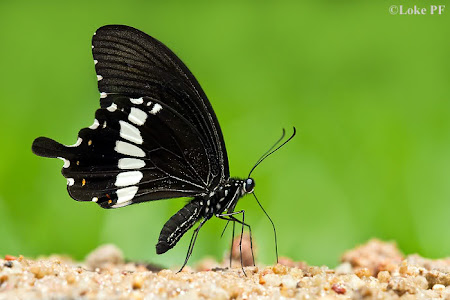 A new year, and new challenges and opportunities await us, whether at work, at home or our everyday lives. 2014 is here - galloping at full speed, as the Lunar New Year will herald the Year of the Horse on 31 Jan this year. If you've made your New Year resolutions, I'm sure you'll try to keep them (like you did last year, didn't you?!) 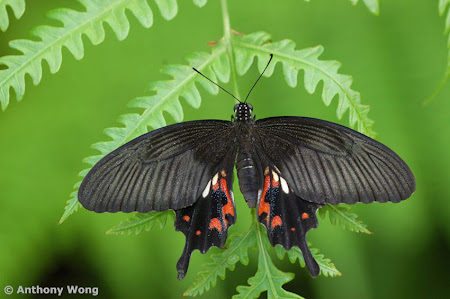 It was a very eventful 2013, some good, some bad.  But life goes on, and we now face the new year with anticipation and optimism, putting the unpleasant events and failures behind us; not forgotten, but learning from the experiences as we move on. 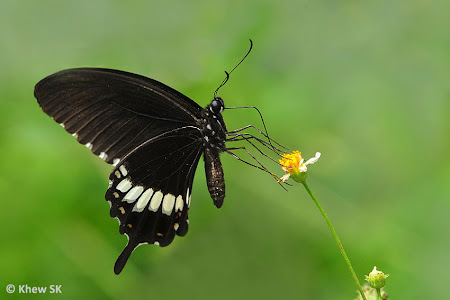 For Singapore, it has been a time of strange flashbacks in the past few years - floods, strikes, riots, and just this month, even a kidnapping, complete with ransom payment! It is almost a re-run of some of the events that were quite prevalent in the 50's and 60's. Over the years as Singapore grew from third world to first, some of these civil unrest events and criminal activities faded for over four decades before re-surfacing like some terrifying kaijus, just biding their time to re-appear and cause havoc to our peaceful little island. 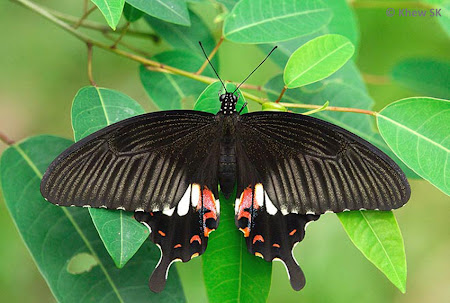 Are all these flashback events just coincidental, or are they ominous signs of worse things to come? Has the world, and Singapore 'progressed' to such a level where the stress and tensions of crowded city living have begun to manifest itself in these normally unusual events in this time and era? Only time will tell. 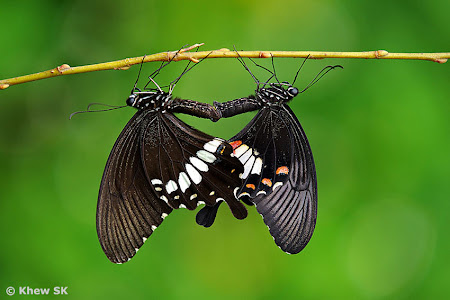 For our first month of 2014, we feature a common urban species, the Common Mormon (Papilio polytes romulus) a medium sized "Swallowtail" that is more often seen in urban parks and gardens than in the forested nature reserves. Very recognisable with its black wings, a yellowish-white band on the hindwing, consisting of a series of ovoid-shaped spots, and a spatulate tail on the hindwing. 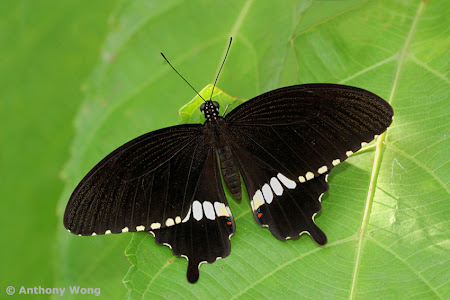 The Common Mormon is a sexually dimorphic species, where the male and female have different appearances. There are two forms of females in Singapore - the form-cyrus which is almost indistinguishable from the male, other than a red lunule in space 1a of the hindwing above, and the form-polytes which has red submarginal spots on the hindwing. 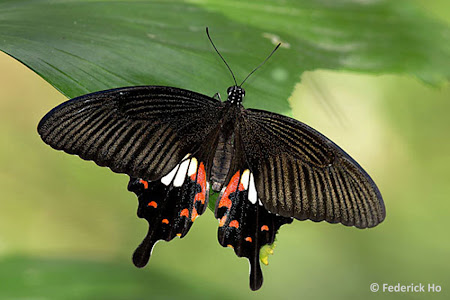 It was believed that the female form-polytes mimics the distasteful Common Rose (Pachliopta aristolochiae asteris) for protection against predators. However, recent debate has questioned this theory, as field experiments have shown that there is a spectrum of unpalatability that suggests a variable range of distastefulness that affects the frequency of predation. Hence the theory of Batesian mimicry in the female form-polytes Common Mormon and the Common Rose is not so clear cut. 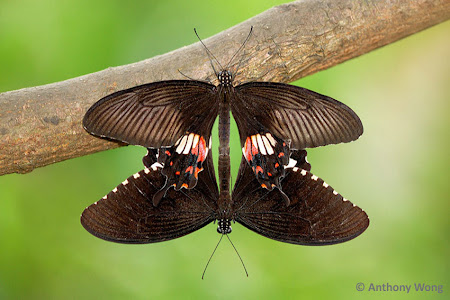 The Common Mormon is not a particularly fast flyer, but is often alert and can be skittish when approached. It is often seen in urban parks and gardens where its host plants, mainly plants from the Rutaceae family, can be found. Amongst these host plants are the Citrus species like Pomelo (Citrus maxima) and the Common Lime plant (Citrus aurantifolia). In gardens where the Indian Curry Leaf plant (Murraya koenigii) is cultivated, the butterfly will very often be seen fluttering around. 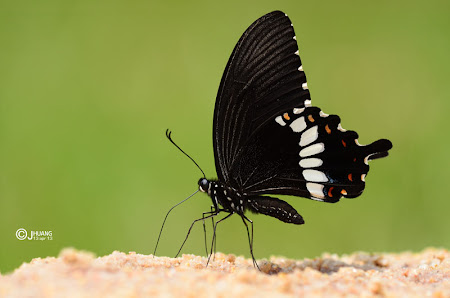 When the Common Mormon alights to feed at flowers, it continues to flap its forewings rapidly whilst its hindwings are kept relatively still. This is one of the characteristics of the Papilionidae species in terms of flight behaviour. All the six legs of the Papilionidae butterflies are fully developed in both sexes. 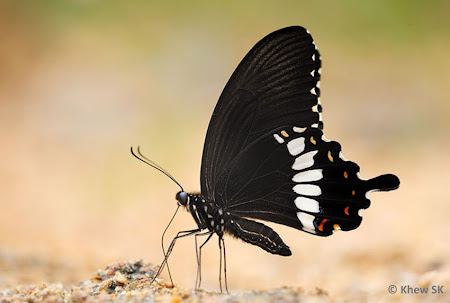 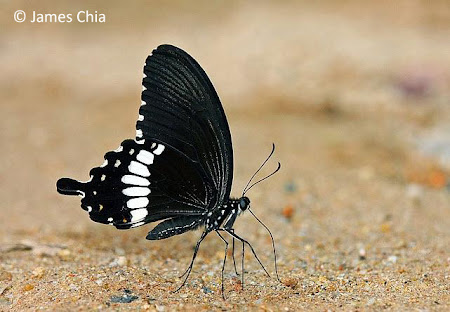 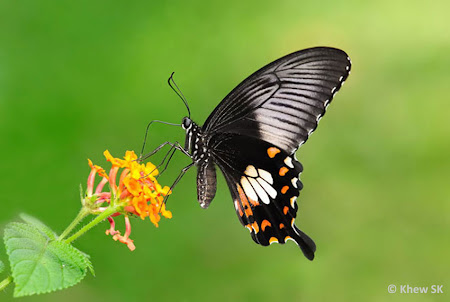 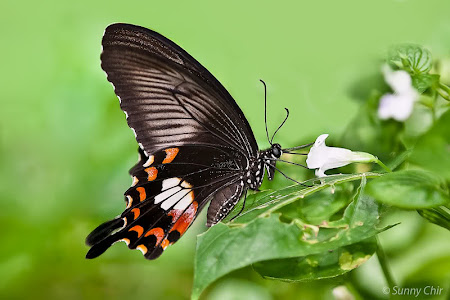