In recent years, many ButterflyCircle members have made forays further afield to shoot butterflies. After many years of recording the butterfly activity in Singapore, it is always exciting to see and photograph butterflies that we cannot find on our tiny little island. From Malaysia to Thailand and Taiwan to Korea, such destinations begin to beckon to the photographers of ButterflyCircle. This is one story by ButterflyCircle member Mark Wong, who made a recent trip to Chiangmai, Thailand, with friends from the Hong Kong Lepidopterists' Society (HKLS). 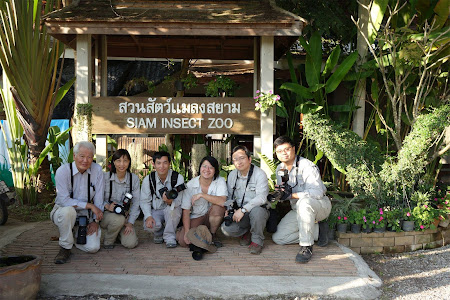 
"After a quick discussion with HKLS member Mason Chan, during his brief visit to Singapore in October, I decided to join their forthcoming trip to Chiang Mai, Thailand. On our first day on 21 Dec 2013, I rendezvoused at the Chiangmai Airport with five other members of the HKLS. After a good dinner, Dr Lee and Arex Li, briefed us on the locations that we will visit over our 6-day stay in Chiangmai.


Each day started at 5:45am, with the standard routine of meeting at the hotel cafeteria for breakfast and chats before setting out to the nature reserves. It was good fun catching up with our HKLS friends that I have not seen in a while. 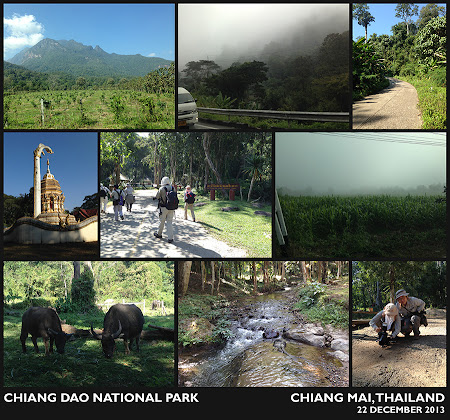 The cold weather left most butts very lethargic in the morning until the warm rays of the sun “woke” them up. Most were resting on the foliage which made them easy to shoot, provided we could find them. 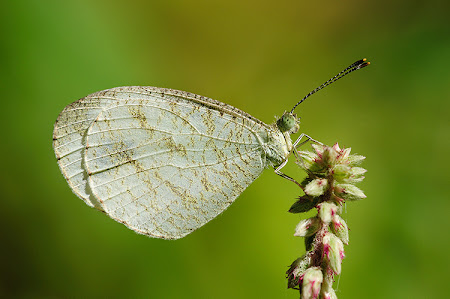 There were plenty of Leptosia nina nina (The Psyche), and this individual was perched nicely on a flower for a nice portrait. 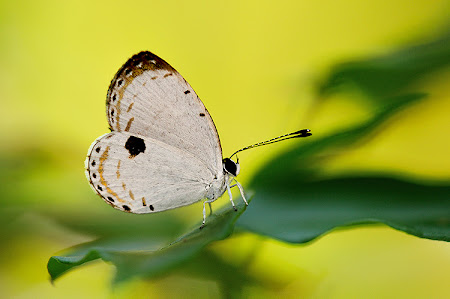 Along the same trail where we were exploring, a cooperative Pithecops corvus corvus (Forest Quaker) was spotted in the undergrowth. It allowed each of us to take a couple of shots before it took off into the treetop canopy. 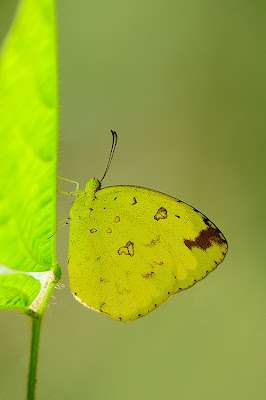 Amongst the undergrowth, I found an Eurema hecabe hecabe(Common Grass Yellow) resting under a leaf. 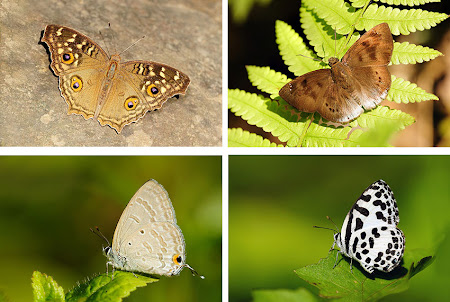 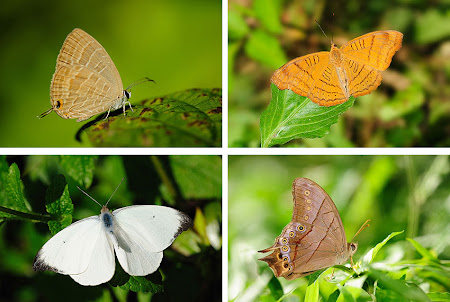 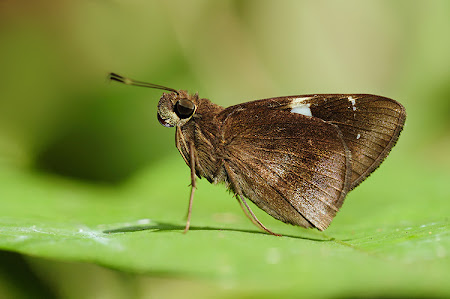 When the sun came out and started warming up the place, the activity of the butterflies was greatly increased. Most of the butterflies started basking in the sun to warm up their wings. This Notocrypta feisthamelii (Spotted Demon) came down to perch on a leaf. 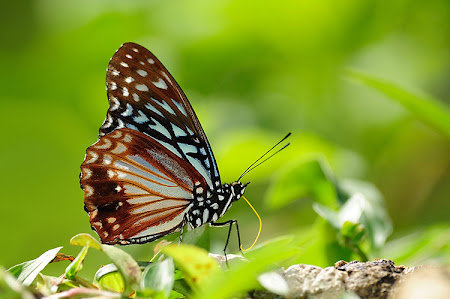 Later that morning, we headed towards the caves. Even though he was driving, the eagle-eyed Dr Lee managed to spot this Hestinalis nama nama (The Circe) fluttering around amongst the shrubbery, and we all leaped out of the car to take some shots before continuing on. 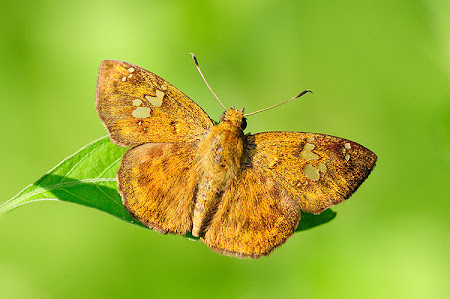 We wandered around the area outside the Chiang Dao Cave, behind a temple with 5 snake heads, there was a small colony of Psedocoladenia dan fabia (Fulvous Pied Flat) that were dogfighting around the bushes. I managed to shoot a more pristine individual which was sun bathing. 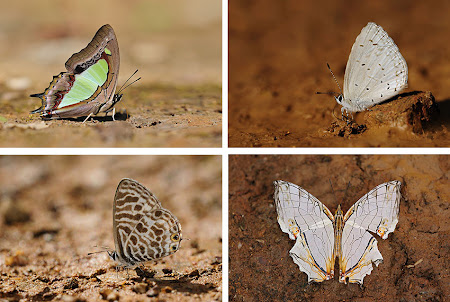 
After awhile, we realised that there wasn’t much activity so we headed back to the park entrance to check for puddling butterflies. We are pleased to find a number of individuals that came down to puddle. 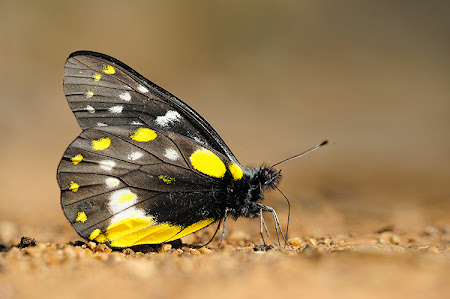 We spotted a pair of Delias belladonna hedybia (Hill Jezebel) that were flying around non-stop amongst the vegetation. After some time, they seemed to sense that they has teased us enough and became more cooperative, allowing us to take plenty of shots, and made our day! 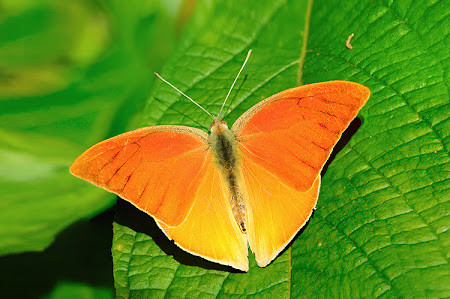 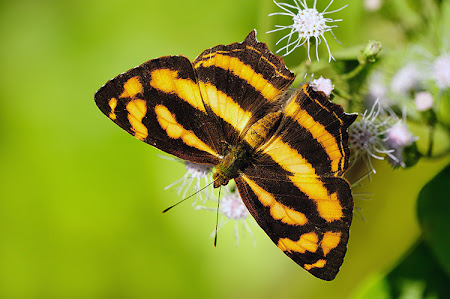 
Towards the late afternoon, many of the butterflies took the opportunity to feed on the flowers and absorb the last rays of the sun before settling in for the night. For us butterfly shooters, it was an extremely fun day with many butterflies to keep us busy throughout. 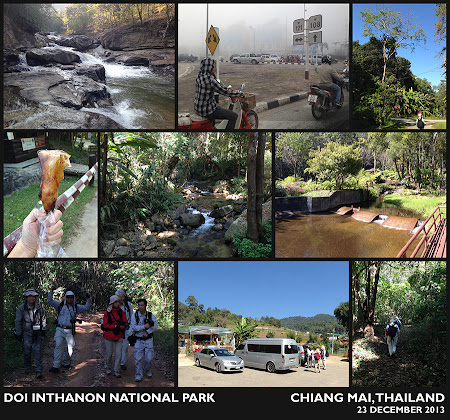 The day started rather foggy at first as we drove out to Doi Inthanon, Thailand’s tallest mountain. Fortunately, the weather started to clear up as we headed higher up. The small patch of wild flowers along the driveway seemed quite productive, as many butterflies zipped down for a quick feed before heading up towards the treelines. 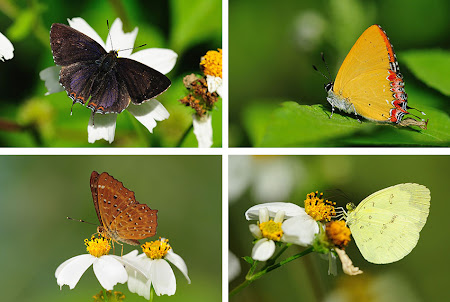 
We then headed into the forest trails to have a look. The cool moist air made our hike a breeze. Accompanied by the sound of the gushing water from the nearby waterfalls and streams, the area had its own serene character that was very calming to the mind. 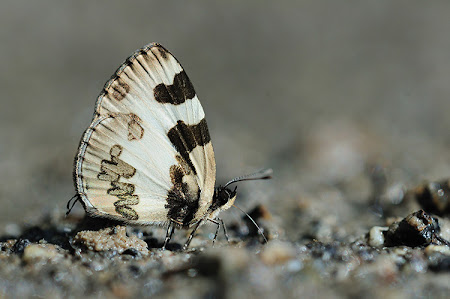 It was rather dark along the forest paths, as the sun could not penetrate through the think forest canopy. I managed to spot a puddling Caleta elna noliteia (Elbowed Pierrot) on our way out. 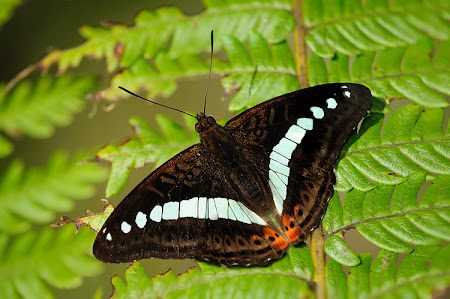 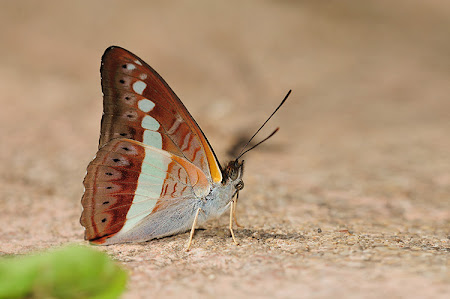 After lunch, we drove to another spot were very pleased to chance on a Sumalia daraxa daraxa (The Green Commodore) puddling on the damp path. It was very skittish, but fortunately it returned repeatly to a few favoured spots around the same area. After countless time having to prone down and getting up, I managed to get a few shots (very good exercise I must say). After having its fill, it also took off to a nearby fern to bask in the sun, allowing us some good shots of its upper side. 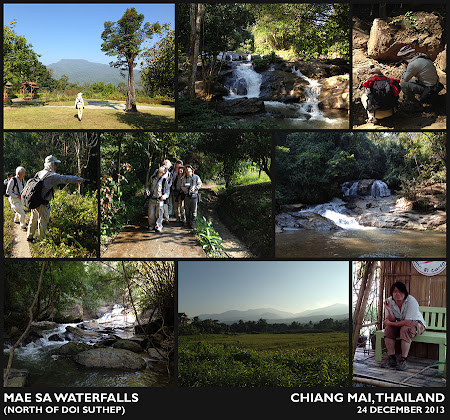 The next morning, we headed to the north of Doi Suthep, near the Queen’s Botanical Garden. We visited Mae Sa waterfalls, and the scenery was breath-taking! The waterfall has ten cascades, each with a unique mini-waterfall. The walk up and down was a bit tiring but there were many butterflies along the trail that made up for the exercise. 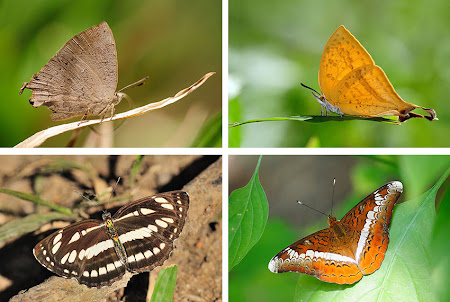 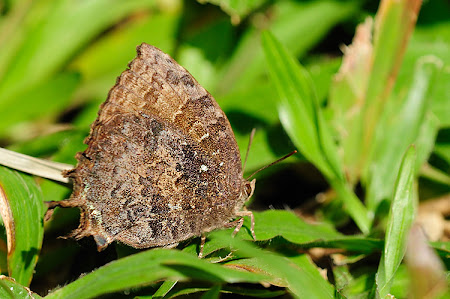 We were very fortunate to encounter the Thaduka multicaudata multicaudata (Many-Tailed Oakblue). The butterfly has many short tails on its hind wing. 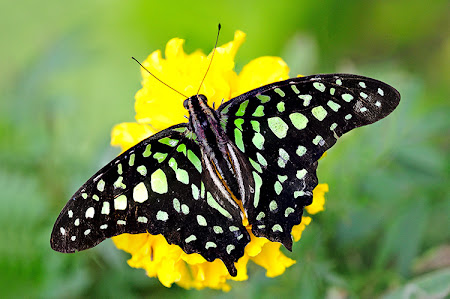 We ended the day by visiting the Siam Insect Zoo. There was a little butterfly enclosure inside, most of the species are what we have in typical enclosures though.  This Insect Zoo was set up the by author of the Butterflies of Thailand 2nd Edition, Mr Pisuth Ek-Amnuay, who is also an Adjunct Professor in Entomology at the Graduate School of Kasetsart University in Bangkok. 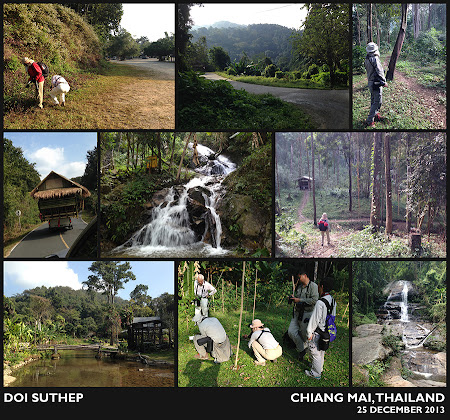 It was Christmas Day, and also our last day to find butterflies. We headed to Mt Suthep, and our first stop was a coffee plantation. There was some butterfly activity in the sun lit spots along the trail. We then moved to an area around the Anti-Gravity Yoga Sanctuary. There were quite a number of skippers in the area and a bunch of Delias fluttering up at the tree tops. We waited a while for them to come down to a lower perch but they seemed to enjoy themselves better up at the top. 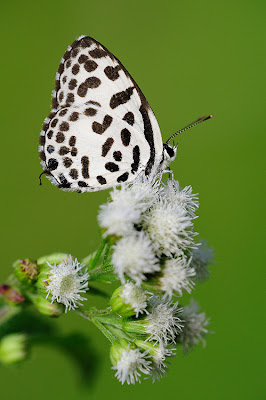 We then headed to the Monthatarn Waterfall, but weather seemed to be a bit too cold so there were no puddling butterflies. We explored the surrounding campsite to find other butterflies. There was a very cooperative Castalius rosimon (Common Pierrot) that was hanging around a small wild flower feeding. All of us took turns to shoot it on the lovely perch. 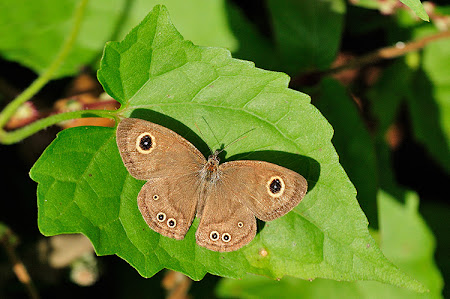 Despite the cold season, we were very glad to have observed a good number of species during the trip. The incredible landscape and scenery in Chiang Mai is breath-taking, and that alone is already worth the trip!  I cannot wait for my next trip to Chiangmai again. 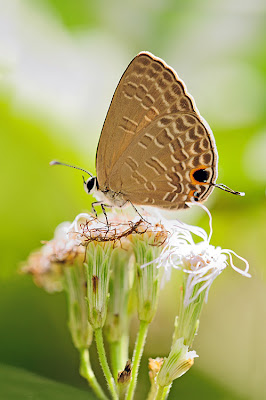 I’d also like to express my gratitude to the HKLS members for planning and making this trip possible.  For those of you who are keen to visit Chiangmai, I understand from Arex that the information available online was a bit jumbled up and he had to cross reference a few maps to pinpoint the locations that we went to. 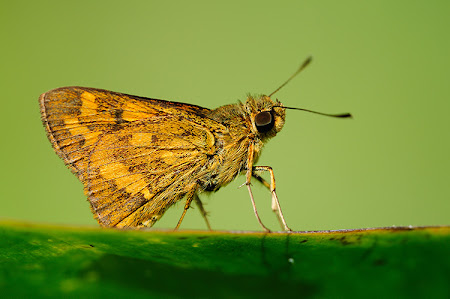 Here is a video that is made by HKLS member Arex Li that summarizes the trip."
http://youtu.be/d4tVbU8BISA

What a wonderful report. I almost felt as though I had been there! Amazing variety of butterflies and great pictures. I couldn't believe the number of butterflies puddling in the video. I have never seen anything like that! I have got to get to Thailand, Singapore, Malaysia, or somewhere in that region!!

I believe some media may be interested in these. Email me worldreachpr@gmail.com to discuss. Have a look at my blog to see previous projects I have worked on http://worldreachpr.blogspot.ie/