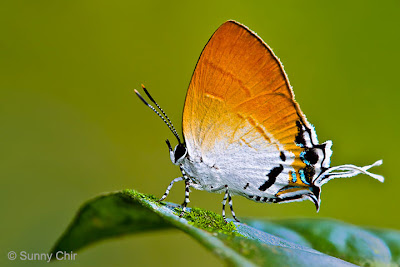 Just as there are swanky restaurants of shooting sites for the upper-crust photographer connoisseur, complete with Peruvian adventures, difficult terrains and stories to tell the grandchildren, there are also the quick fast food getaways into the nearest rainforest just 90 minutes away from the bustling concrete city to get that much needed Nature’s quick fix. 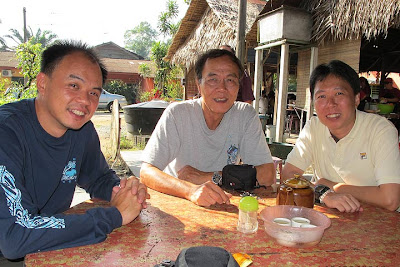 A quick pit-stop at the famous Johor "bah kut teh" roadside stall for breakfast, four hungry Singapoeans tuck in to a delectable concoction of pork ribs stewed in a secret herbal recipe.

Bunker Trail, located on the eastern boundary of Panti Forest, is no macro photographer’s best kept secret. The site is famous to bird watchers and bird photographers. The forest reserve is regarded by many ornithologists and bird enthusiasts as one of Malaysia’s important bird habitats.
The area around Bunker Trail suffered significant habitat damage in the last few decades to make way for oil palm plantations, sand quarrying, logging and other nature-unfriendly activities, leaving only limited patches of the original forested areas, that, surprisingly is still rich with biodiversity. 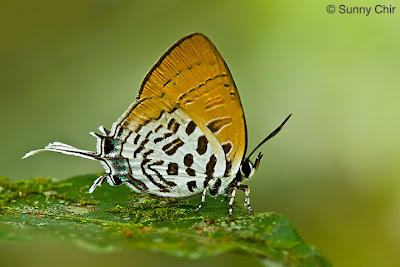 Coming off the main road to Mersing, at milestone #167, there are remnants of two WWII bunkers, presumably used by the military as armoured outposts during the Japanese occupation. The much-delayed opening of the Bunker Trail by the Johor administration is still outstanding, even as the visitor centre and ranger stations have been completed. 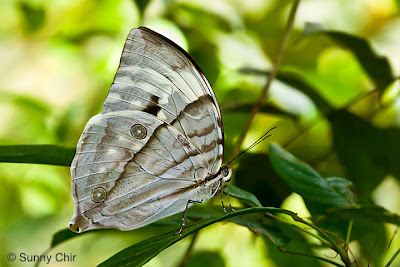 Upon reaching "base camp" at around the 8 km mark from the main road, where there is a shaded forest clearing often used by the Malaysian Armed Forces during training exercises, four impatient ButterflyCircle members jumped out of the car fully armed with their latest in digital photography technology. 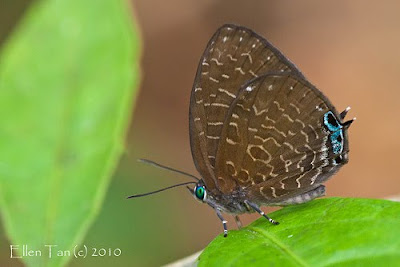 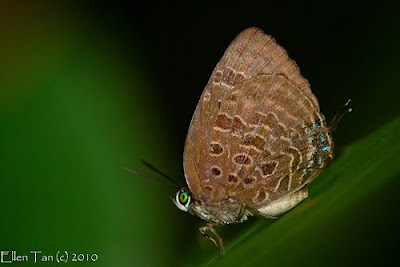 Stepping off excitedly into the forested trails, it was hard to ignore the huge numbers of Jamides and Arhopalas. Both these genera of butterflies are equally difficult to distinguish and accurately identify. The combination of their numbers, erratic flight and characteristically flighty behaviour resulted in a nasty game of needing to be fast and stealthy enough to snipe a shot at one Arhopala before a Jamides haphazarded into it, sending both off into a drunken uncoordinated dance further into the foliage. 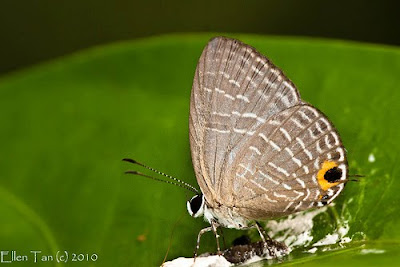 Thanks to the good concentration of birds and their droppings, this Sky Blue (Jamides caeruleus caeruleus) was fascinated enough to stay put for its mug shot.
Photographing butterflies at Bunker Trial on this particular day in June turned out to be nothing short of an adult version of child’s play, complete with the luxury of a harmonious orchestra of bird singing in the background and no leeches. 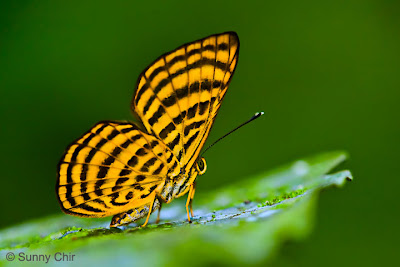 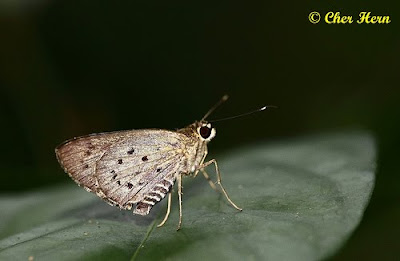 The concentration of such a large number of species of butterflies and insects in such a small place resulted in every bush yielding a different subject at every interval of the chase. It was literally the butterfly Paris fashion show in suburban middle class Cologne with none of the budget cuts on show, variety and Lepidotera equivalent of big names in the fashion industry. 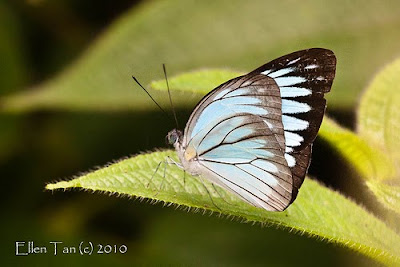 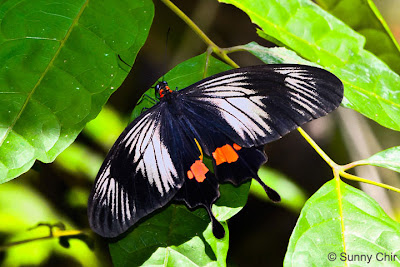 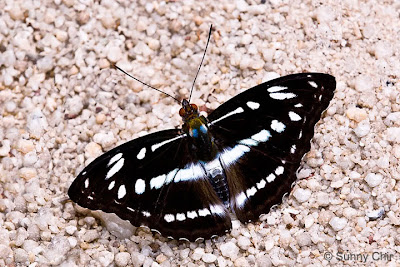 Seemingly absorbed in finding a choice home to lay her precious eggs, the Clubtail ignored the frantic shuttering and flashing of 3 photographers as it circled the bush a few times, lilting up and down with unflustered indecision. 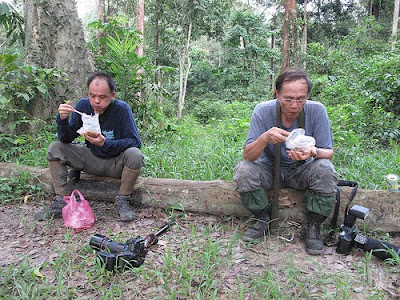 Lunch time in the forest, and the butterflies get a reprieve!

The turnover on each “catwalk” was so intense, the fashion photographers had to eat in the field next to their subjects. I survived on nothing but redbull as I had no appetite for salty noodles in the forest. 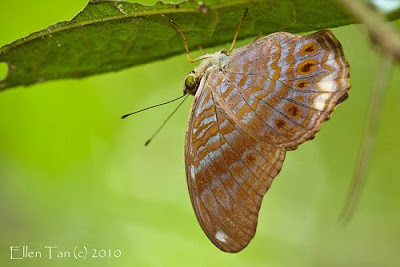 There were a good number of Royal Assyrians hopping around all over the place and dodging under leaves. 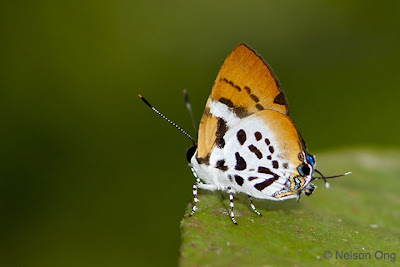 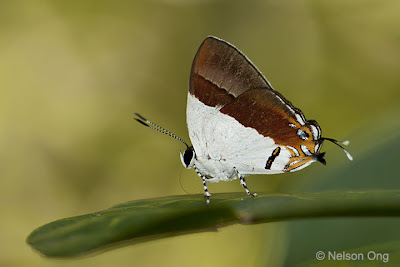 There were even a couple of Plushes chasing a Witch that was hiding in the bushes. 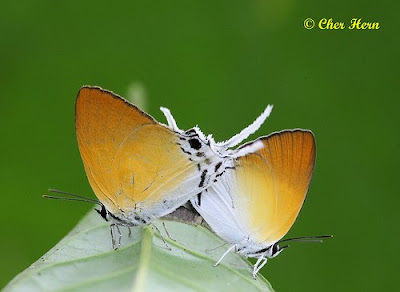 We shot from 9:30a.m. to 4p.m. and to top off the already great day, Cher Hern spotted a pair of mating Green Imperials (Manto hypoleuca terana) which stayed long enough for all of us to get our fill of shots. 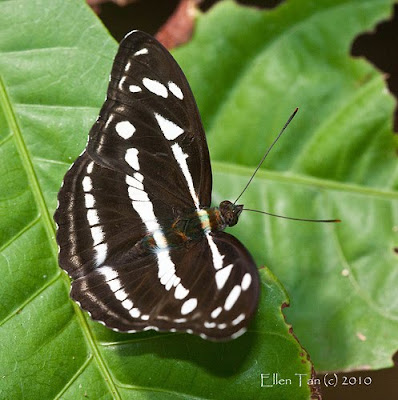 Bunker Trail truly is choice beef hugged in healthy wheat burger buns slapped into a fast food wrap. You get everything you could shoot in 2 days in just 1 day and you don’t even need to stay the night. 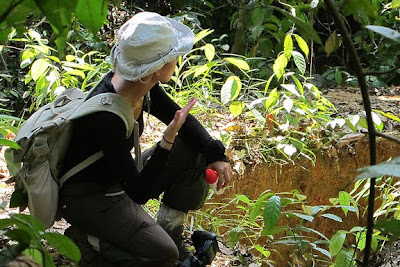 Just be prepared to dig a hole if you need to do the “big one” and bathe naked with melted ice water from the cooler box under a tree in full view of the laughing monkeys because Bunker Trail has only one toilet facility… and it’s all locked up.
Text by Ellen Tan : Photos by Sunny Chir, Koh Cher Hern, Nelson Ong and Ellen Tan
Posted by Commander at 3:00 PM

Interesting and funny indeed. I love it.

Glad you enjoyed the travelogue, Henry. Credit to Ellen who wrote it in her more "batty" style.