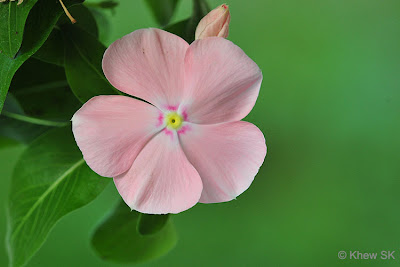 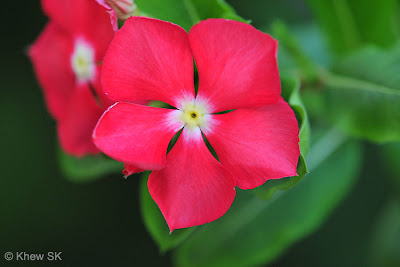 I was back in Penang over the weekend for a short family visit and also to participate in Qing Ming Festival (also known as All Souls' Day). I hadn't visited my grandparents' graves for many years now, and it was time to get back to some good ol' tradition (at least whenever I can). 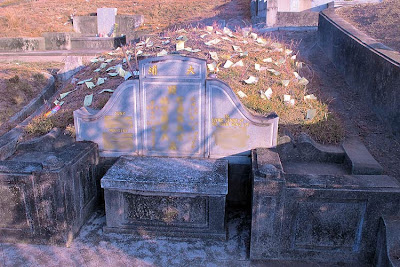 The wildflowers and grasses at the cemetary were blowing in the early morning breeze as there were many families paying their respect to their loved ones, each person lost in their own pensive memories of good times gone by.
Where Have All the Butterflies Gone? 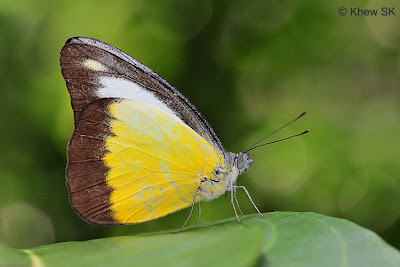 In my three days of stay in Penang, I noticed a strange absence of butterflies in the usual areas where I would expect to see them. In my parents' home garden, the grassy patches in the neighbourhood, all around town and the usual vegetated areas, and even at the open areas of Mount Erskine where my paternal grandparents' were laid to rest and where the graves were covered with wild flowers, weeds, renegade trees that sprung up out of nowhere. Zilch. Not a single butterfly in sight - not even the common Striped Albatrosses, Lesser Grass Blues or Common Grass Yellow! 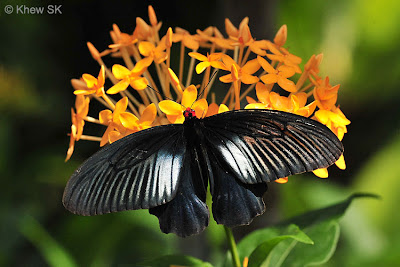 The weather was excruciatingly hot - almost in the mid 30's (that's a sweltering 93 deg F!). A taste of global warming to come? But our butterfly friends' absence probably suggest that they too, cannot tolerate this unfriendly weather and may have taken off to the sanctuary of the forests and hills. 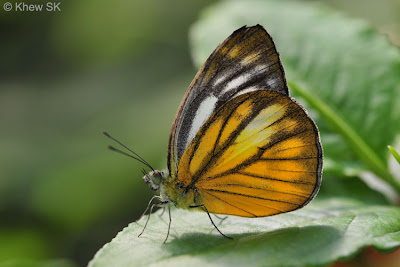 Outdoors, it was unbearable by late morning as temperatures soared. It was rather saddening to see the near absence of any butterflies all around town, and in places where I used to see them, even in recent years. Fortunately, though, the sunbirds and spiderhunters that frequent my home garden were still up and about and their early morning chirps still pervade the air. 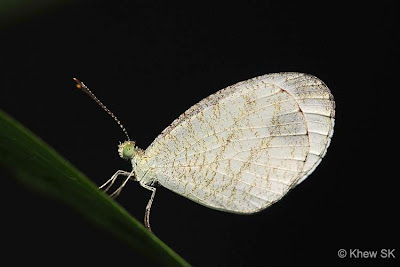 As with most of my trips back to my hometown, I made a short trip to the Penang Butterfly Farm to visit my friends there. It is always nice to walk amongst our 'flying jewels' and to try to photograph any species that I've not taken a good shot of before. 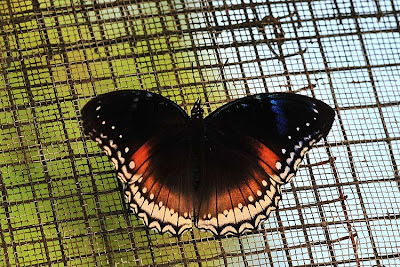 The Technical Director at Penang Butterfly Farm showed me a curious female "form" of the Jacintha Eggfly that has more orange patches on her wings than is usual. The submarginal markings on the hindwing of this new form appear to be consistent with subspecies jacintha rather than subspecies bolina. As suggested in my earlier article on a possible new form of the female Jacintha eggfly, it appears that the variability of this butterfly continues to intrigue enthusiasts like us. Hence at the moment, PBF is breeding a number of the offspring of this new form to see if there will be more consistent appearance of this different coloured variety of this subspecies. 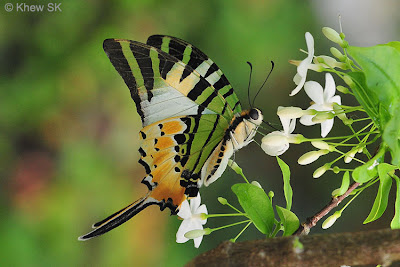 The months of Mar through July are considered good butterflying months in Malaysia and Singapore. In PBF's controlled environment, there was an abundance of many species and their caterpillars were bred in good numbers. However, I wonder if it were the same for the free-ranging butterfly species around the island? 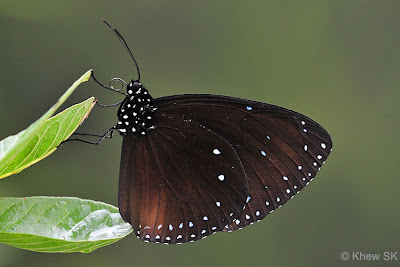 This visit, I encountered the Blue Branded King Crow (Euploea eunice leucogonis), a species that I've not seen for a long time. This rather large crow, which resembles a supersized Dwarf Crow, has rather unique behaviour as described in C&P4 - "... erratic in appearance ; it may be abundant in a locality for a few months, then disappear completely for a year or two before reappearing and becoming as common as before." 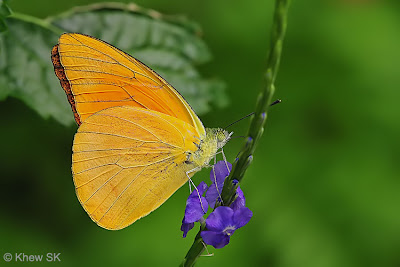 There were also a number of Pieridae flying around in the flight cage - Great Orange Tip, Chocolate Albatross, Orange Albatross, etc. 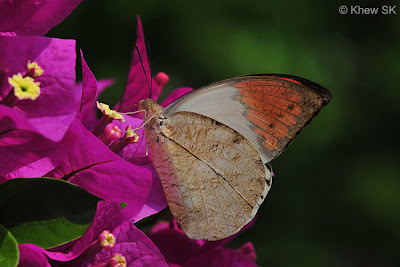 And so ended a short weekend trip back home. It was a relief to get back to Singapore's "cooler" temperatures. I hope the signs of climate change back in Penang is something temporary and will not have a permanent impact on the butterfly biodiversity there. We will see on my next trip back.
And the melancholic tune and haunting lyrics of Pete Seeger's song played over in my mind...
Text & Photos by Khew SK
Posted by Commander at 2:05 PM

Nice pictures taken, i must say that Singapore is growing on a faster rate which is good, but need to take care of nature also.

Yes indeed, Sam. My article though was targeted more at my childhood hometown of Penang. Singapore has come a long way in terms of organised biodiversity conservation, despite its high development rate.