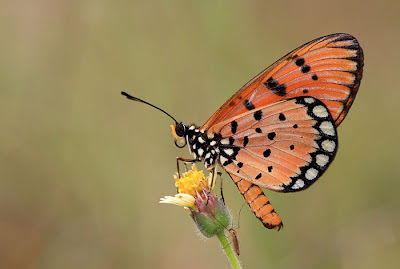 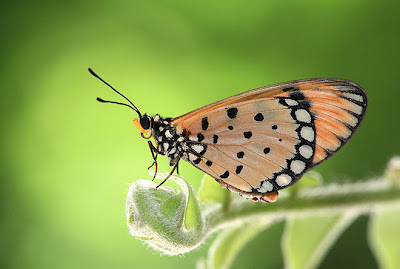 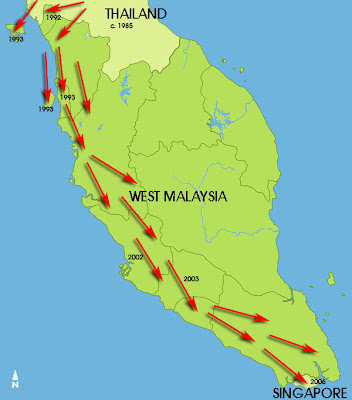 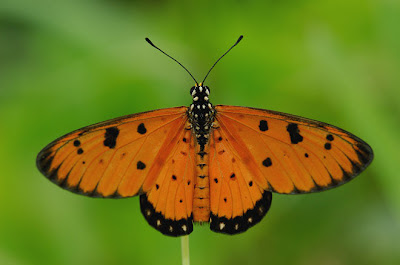 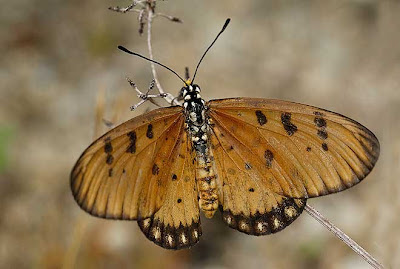 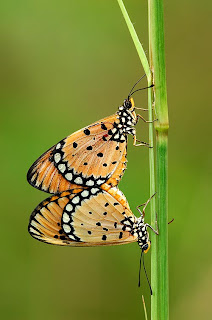 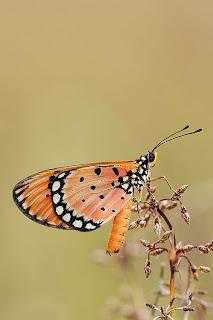 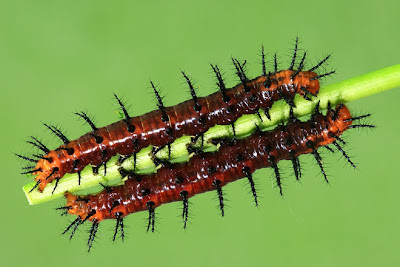 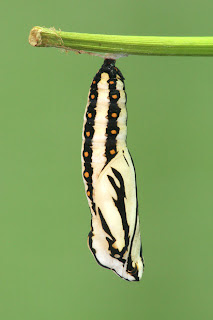 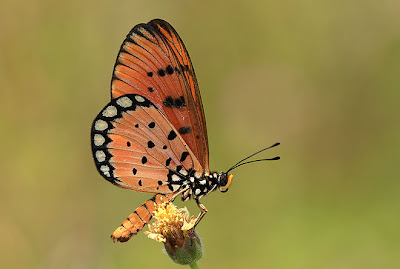 Thanks Commander for sharing.

Thanks, chaiyen for the info on the sighting. It's quite amazing how this species can really spread its range over the past two decades.

On November 15, on my way from the bus station to Prambanan temple, I happened to notice an orange butterfly flying in the middle of the busy crowded street. She was confused (I guess!) and couldn’t make it; she was hit by a running motorcycle and finally fell on the street. I lifted her and put her on the grass. It seemed to me that she’s dead. A lady approached me and asked “is she still alive?” I replied “I’m not sure, but probably yes”. The lady then put her on wedelia and voilà, tawny coster flapped her wings.
She was alive!

Prambanan is in Central Java.

Wow... thanks for the update. The Tawny Coster is a pretty tough cookied eh? Got hit and yet alive!
Good to hear the news from Java. :)

Ops..sorry, I mean I replied, 'I'm not sure, but probably not'

Not pretty sure though, it seemed the butterfly got hit by the body of the rider

I've posted the picture of Tawny Coster in my blog
sila kunjung :)

But that's a male Tawny Coster. The brighter orange colour indicates that it's a male. Females are pale dirty orange.

I guess the hit wasn't enough to kill the butterfly.

Today I have spotted few Towny Costers in our church garden in Jurong East.

Thanks for the information, Heshan. Good to know that they are still around and surviving in Singapore! :)

I have photographed the Tawny Coaster butterfly ovipositing on Turnera ulmifolia leaves. I wonder if the caterpillars feed on the flowers or the leaves. There are some sites that says that the cats feed on T. ulmifolia flowers and pass out yellow coloured strass after that.

Thanks for the heads up, Autumn Belle. :)
I saw the oviposition pictures you posted in your blog, very nicely captured! Congrats.

The host plant, Turnera ulmifolis belongs to the Passifloraceae family, as is the case for Passiflora foetida and P. suberosa, the other two recorded host plants. I won't be surprised if the Tawny Coster caterpillars feed on leaves and flowers of this host too.

Please keep us posted about the progress of those youngs of Tawny Coster in your garden.